30th Anniversary of WRNS at Sea

This month marks the 30th anniversary since women first went to sea in the Royal Navy. Sue Eagles remembers what it was like to be one of the first women to serve onboard. 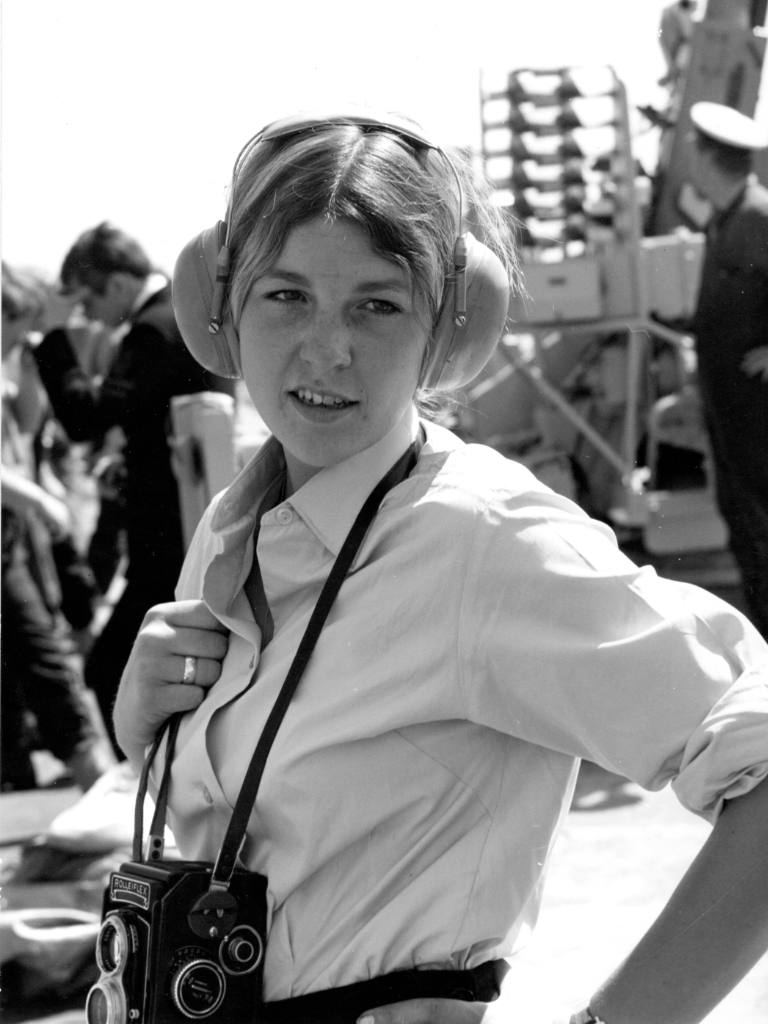 Over 75,000 women served in the WRNS during WW2 many carrying out highly confidential and responsible jobs at home and overseas, but it was not until 1990 that women started to serve alongside their naval counterparts at sea.

“I first went to sea by accident in 1975, in a diesel submarine, day-running out of Gosport” said Sue. “I was a Wren Photographer and was onboard on a photographic job, taking pictures of hairline cracks in a piece of equipment for a defect report, when instead of returning to HMS Dolphin, we dived and set off down the Channel into the South Western Approaches. When I appeared in the Ops Room there was an outcry onboard and I was told to keep out of sight and get my head down in the Midshipman’s bunk in the wardroom. In those days it was very superstitious, especially in submarines, to have a woman onboard!” 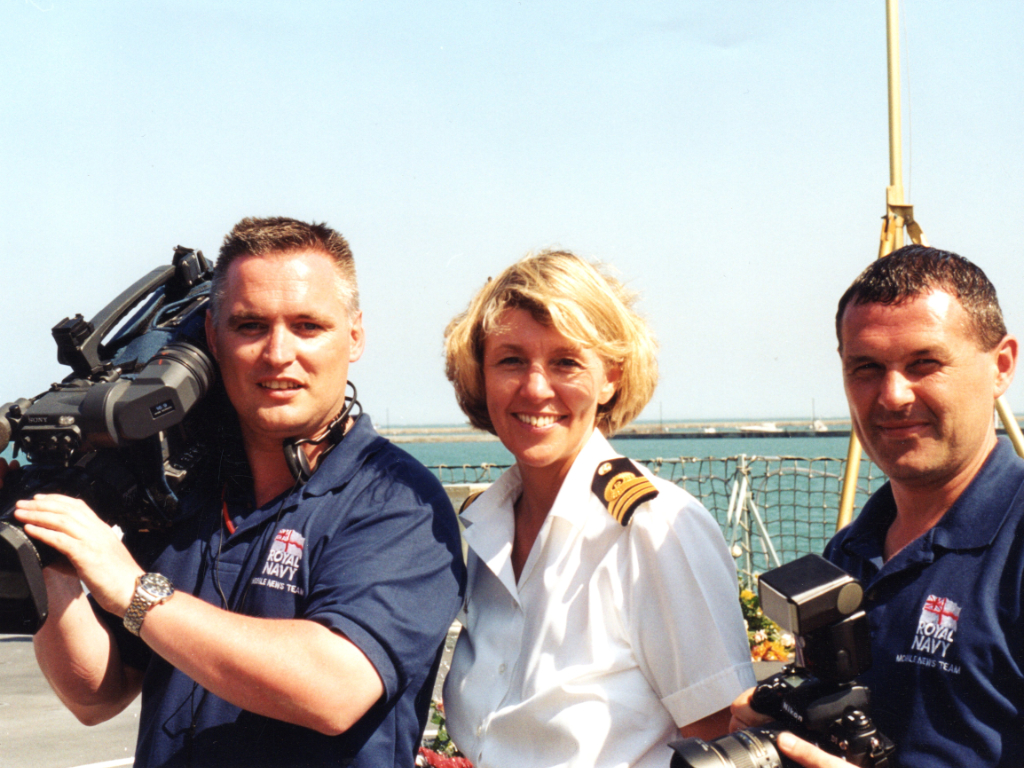 Onboard HMS Sutherland in Veracruz Mexico 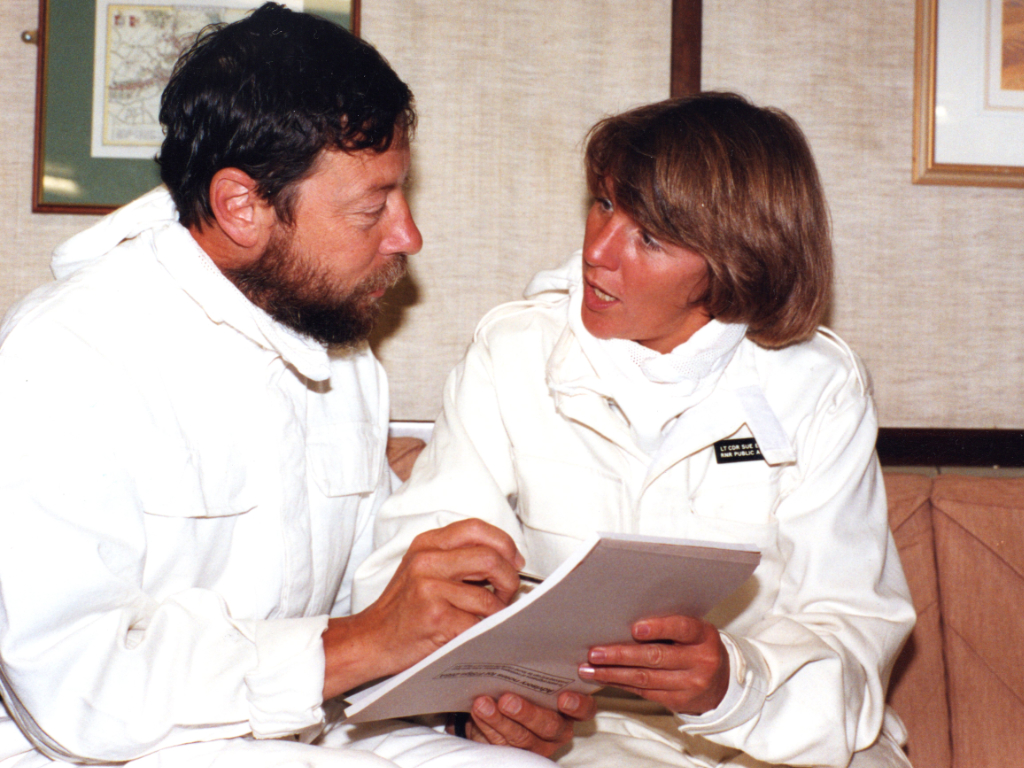 In the 1970s, the prospect of a women ever commanding a warship at sea was out of the question but only a decade later, as the Staff Officer of 706 Naval Air Squadron, Sue took part in one of the first experiments of women at sea with her division of Wren Air Mechanics at RNAS Culdrose.

“It was a short embarkation in RFA Engadine, a regular two week embarkation of Sea King aircraft of 706 Squadron as part of aircrew advanced flying training” said Sue. “The fact that it was a routine part of the flying training syllabus enabled a group of eight Wren Air Mechanics to go to sea alongside their male counterparts without attracting undue attention. While the Feminist movement was staging Womens’ Lib marches in London, Wrens were making waves in a totally different way, wearing fire-fighting suits and breathing apparatus, taking part in damage control exercises, working through the night in the hangar, getting used to lifts, ladders and watchkeeping routines and blazing a trail for the future. Continuing to keep the aircraft serviceable and adapting and adjusting to life onboard was challenging but they knew they had to get it right and gave their absolute best to ensure the report sent to the MOD would make favourable recommendations, paving the way for their successors, the Air Engineering Technicians of today. It proved a brief and successful toe in the water but there was still much controversy, outdated outbursts, and cartoonists having a hay day before WRNS at sea was to become a reality” continued Sue. 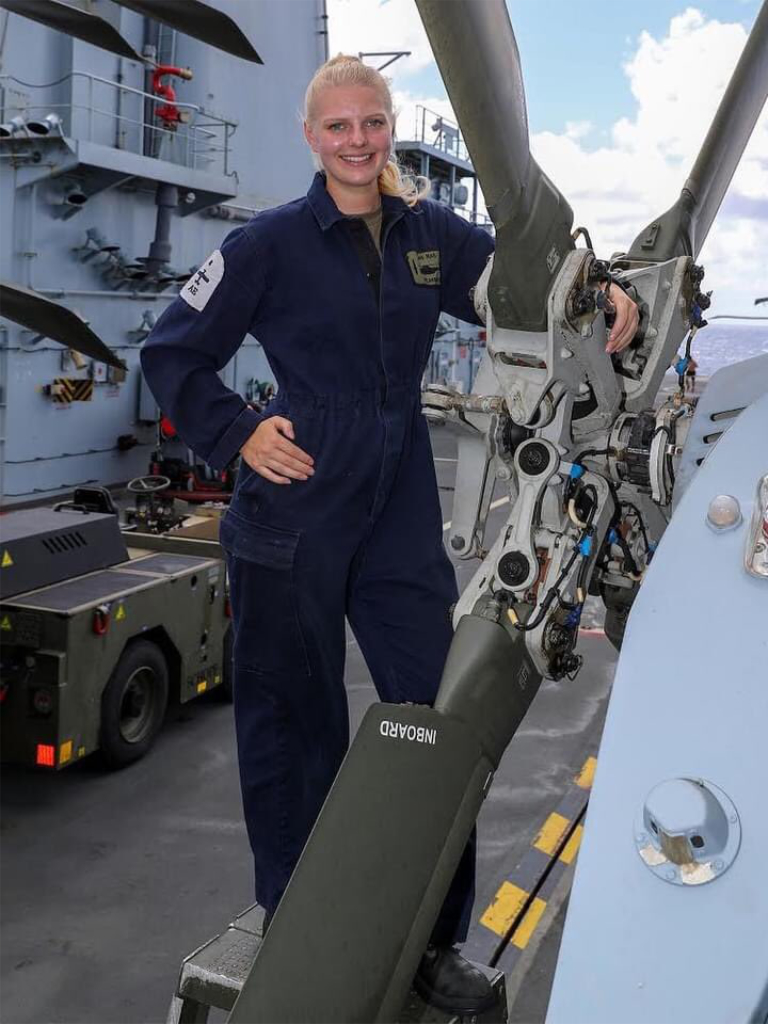 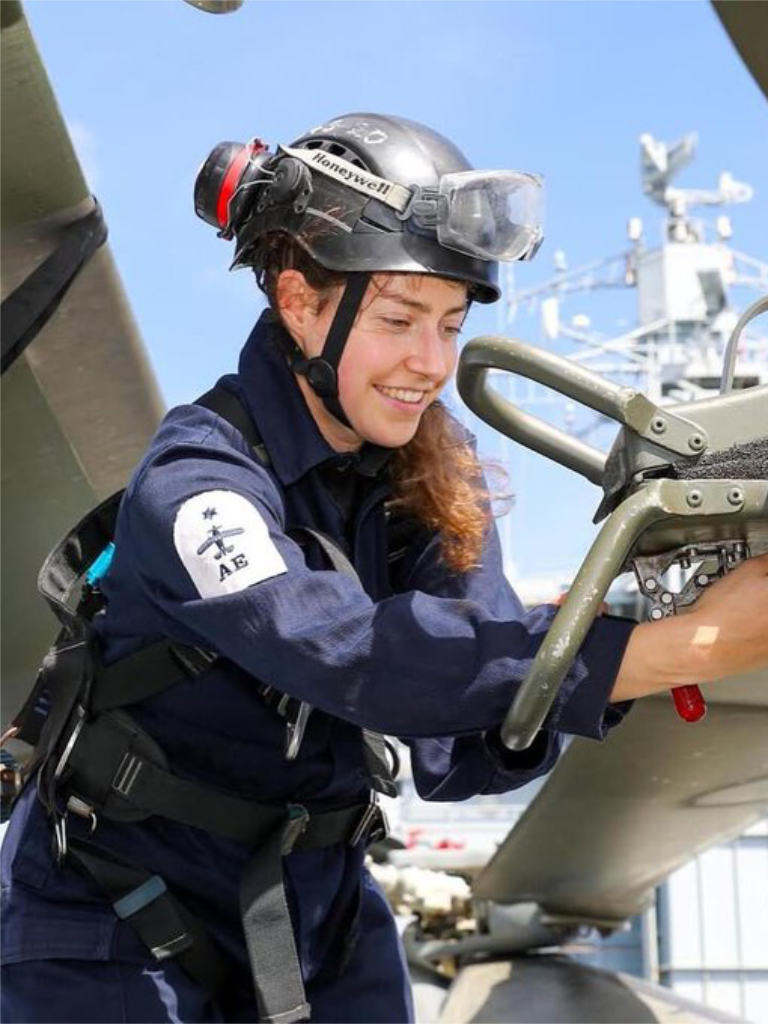 “It was to be another ten years, in October 1990, before mixed manning began in HMS Brilliant, HMS Invincible, HMS Juno and HMS Battleaxe – and then there was to be no turning back. At first, the situation took some getting used to. In the early days there were choppy waters and the new normal took a while to settle down. I served at sea on exercises and short deployments regularly throughout the 1990s as a Reservist and looking back now, the introduction of WRNS at sea and integration and equality with the Royal Navy reflected the sweeping changes of women in society” said Sue. “Living through it at the time was exciting and being part of the team onboard quickly became a way of life. The first woman Commanding Officer of a warship was appointed in 2012, breaking a 500 year taboo, and two years later in 2014, the first women served in submarines. This year’s 30th anniversary is a celebration of the success of women at sea and it was a privilege to be a part of it – although with a quirk of irony, just as I was able to find my way around an aircraft carrier, I then served on two tours in land-locked Afghanistan!” 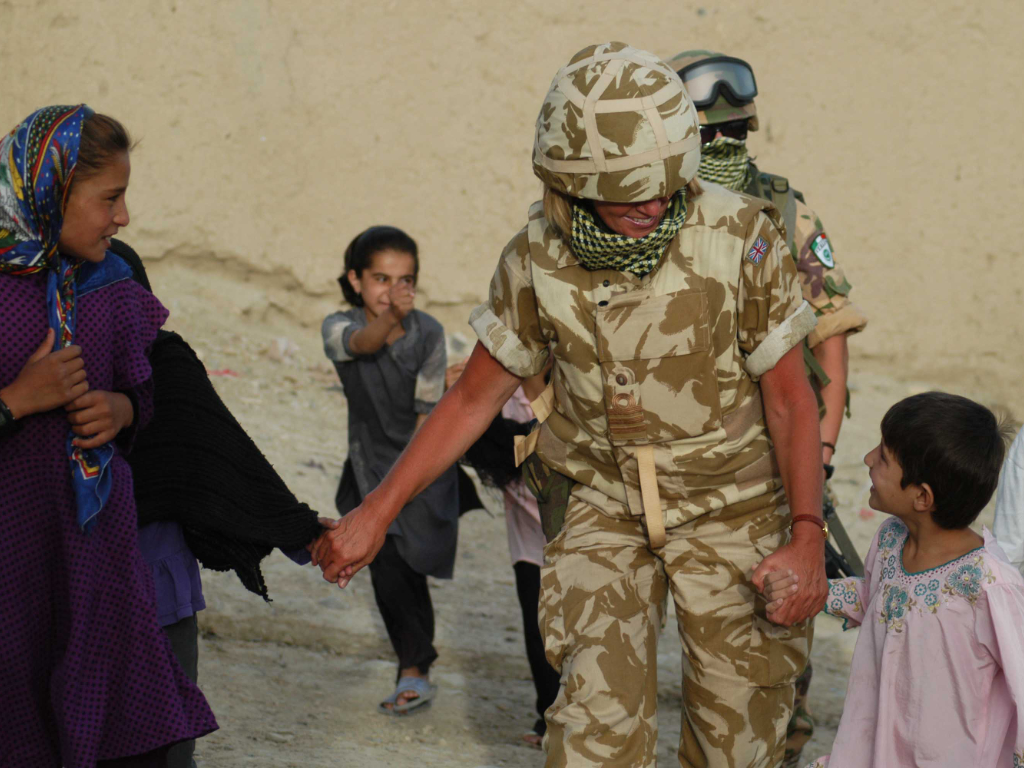 Sue served during three decades of momentous change for women in the Royal Navy. “Just as I was able to find my way around an aircraft carrier, I then served on two tours in land-locked Afghanistan” said Sue.