The Beds & Bars group sponsored Bremont Watch is awarded annually to the most-deserving Fleet Air Arm YO of the year at Britannia Royal Navy College Dartmouth.  Selection is judged on the individual’s contribution to the establishment and the BRNC community as opposed to academia and grading course performance.

Foremost in a rich field of enthusiastic aircrew trainees, SLt Lewis is selected as this year’s recipient.

In addition to her exemplary personal performance during Initial Naval Training (Officer), she frequently went the extra mile to encourage peers and mentor more junior Officer Cadets to a degree well beyond that expected.  She persisted in her highly committed contribution to the college during her subsequent holdover, proving herself an extremely dedicated, eager and dependable individual.  Supplementing a gap at Lieutenant level, she managed a steady supply of projects, often complex and beyond the level of her Service experience.  In addition, she co-ordinated numerous visits and events at BRNC, arranging acquaints for our Officer Cadets and organising Families’ Weekends.  Without fail, on every occasion she demonstrated an enduring keenness to use transferable skills from past civilian life to improve and innovate existing practices.

Her capacity and resilience were put under significant pressure but her success and benefit to the establishment is testament to her intuitive and passionate character, whose determination to deliver, coupled with empathy and understanding saw her synergise with every team she was part of.  An embodiment of the ‘Live Your Life’ ethos, all of this has been achieved and balanced with pursing her thirst for sporting excellence reaching the standard to represent the Royal Navy at both Skiing and Skeleton, where her self-competitive nature was at the core of her marking a mark in her maiden seasons in both sports.

Her ceaseless professionalism and motivation has continued well beyond her time in the holdover role.  Generous with her time, she has sustained the effort to offer feedback to BRNC by reporting on the most challenging aspects of the next stage of the recently-changed aircrew training path so that the Aviator’s syllabus at Dartmouth could evolve to prepare YOs better.  Lewis’s stirring predisposition towards contributing the maximum that she can to the collective endeavour and inject improvements to Officer and Flying Training, setting-up others for success, is an embodiment of Fleet Air Arm selfless team spirit which makes her thoroughly deserving of this year’s award.

Damien ‘H’ Holloway has been chosen to receive the award for his role as an excellent instructor within the RNLA; thoroughly committed to professional and leadership development, he sets exactly the right example to the student cadre.  However, it is his selfless commitment to supporting the community and his consistent effort in raising funds for charities that really make him stand out. Always striving for more, he sets himself ambitious challenges to boost charitable donations and to highlight the extraordinary work different charities do.  The biggest challenge he completed was running 4 marathons and 15 half marathons (including taking the BRNC running club to Torbay half marathon), culminating in a 24-hour team running event resulting in over 1000 miles being covered.

Building on relationships formed over many years’ Service to set up a team of dedicated, like minded runners, he has raised over £3400 for the RNRMC alone through the completion of several charity events.  As the highest fundraiser within BRNC Command, his efforts were rightly recognised by the charity.  In 2018 he raised over £3200 for the Paul McCann Fund for Needy Children.  Again, he used an extraordinary challenge, this time consisting of a 12-event cycling, walking and running competition, to raise the funds so badly needed.  Always with an eye on the next opportunity, he is in the process of raising money for the Macmillan cancer charity with several of his friends and colleagues in mind who are currently fighting different types of cancer.

His dedication to helping others is not limited to charity fundraising alone.  He devotes much of his own time in directly helping others achieve their goals and better their own lives.  In addition to administering his running team, ‘Team Resurgam’, he has become a long-distance running coach for 2 veterans.  He gives his all to those who give their all.  He has also set up a ‘Round the Block’ cycling club, taking riders out on long distance rides most weekends.  He supports wider communities through volunteering for marshalling duties at park runs, is a long-term support volunteer at the Ten Tors challenge and is a run marshal and organiser at his local running club annual run.

Warrant Officer Holloway’s selfless, determined support to the wider community makes a difference.  He is a fine ambassador for BRNC and the Naval Service and is thoroughly deserving of this coveted award for what he has, and continues, to give back to others. 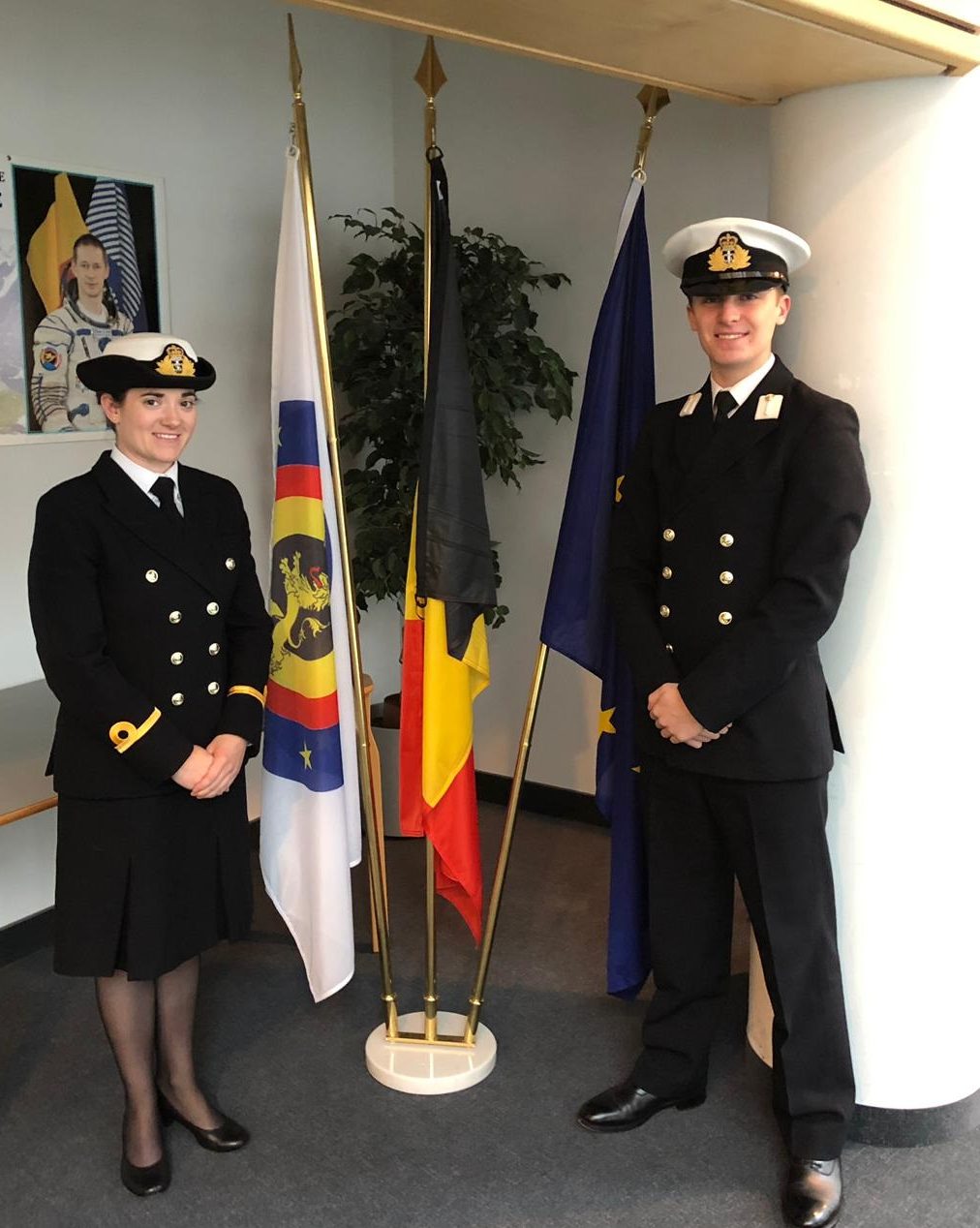 The  ‘Live Your Life Awards’, presented by Beds & Bars in Association with Navy Wings, are also presented to a Junior Rating who has performed with distinction and stood out from their peer group. The winner from RNAS Yeovilton is LAC Laidlaw.

LAC Laidlaw’s constant pursuit of excellence and his unquestionable dedication have seen him consistently perform far beyond the standard expected of him both in his rank and his current role.  As the LAC Mentor, he is responsible for the mentoring and career development of newly qualified LACs; a role in which he has had a huge, tangible positive effect on the maintenance of Front Line Controller numbers and OC of Maritime Aviation. Outside his core duty, of his own volition he has also taken on responsibility for engagement with the Careers Service to ensure recruits meet the training requirement. LAC Laidlaw’s consistent forward thinking approach and his unselfish willingness to put his Branch and Service first have ensured that the Aircraft Control Branch has been able to deliver on its commitment to support the Front Line in very challenging times. 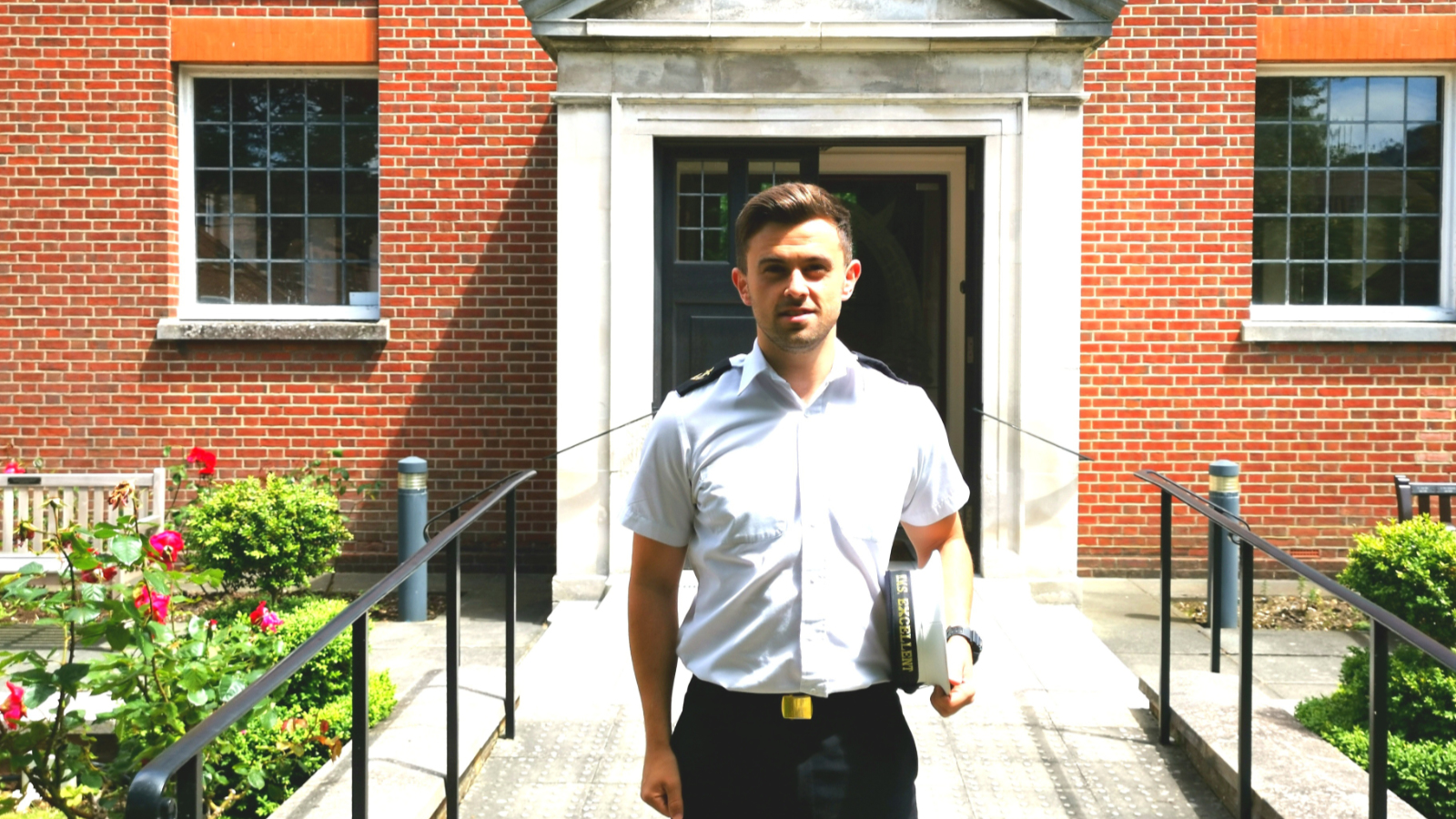 The winner from RNAS Culdrose is LAET Montgomery

A dedicated and professional LH, Montgomery has excelled this year. In addition to is primary role where he has provided numerous improvements to the Transmission Bay in Depth workshops he has helped organise and participate in a successful green power racing STEM event, organised a Station Families day and represented the RN at the Inter-service Martial Arts Championships, where he was the most decorated RN competitor winning one silver and three gold medals. Most recently he attended a leadership conference at BRNC Dartmouth, which inspired him to deliver an engaging brief on Emotional Intelligence to a large audience including the Commanding Officer of Royal Navy Leadership Academy that helped raise awareness of the subject.