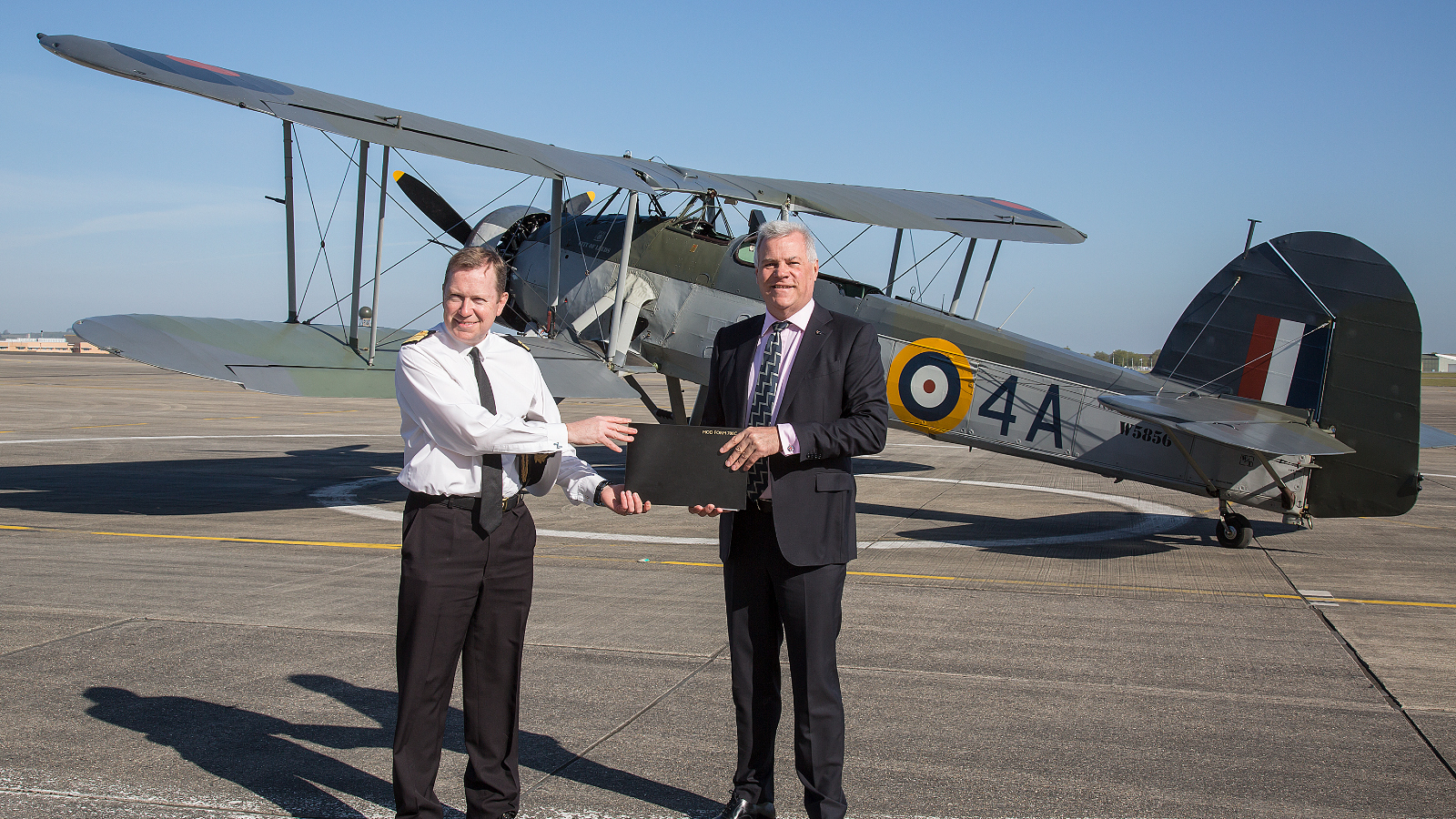 Navy Wings has stepped in to save some of Britain’s most iconic and distinctive historic naval aircraft, to keep them flying on behalf of the Nation.

The Royal Navy has been flying aircraft from aircraft carriers and ships at sea for over 100 years and its collection of flying heritage aircraft are some of the rarest and most historically significant aircraft in the world.

Although the Ministry of Defence budget is growing overall, it was not sustainable to continue to fund the heritage aircraft of the Royal Navy Historic Flight from the same budget which supports front-line services, and without alternative funding the aircraft faced an uncertain future.

“It is understandable that the Defence budget can no longer support historic aircraft” said Commodore Jock Alexander, CEO of Navy Wings.  “However, with reduced funding the aircraft were in danger of being grounded and their presence in the air lost forever to the Nation.” 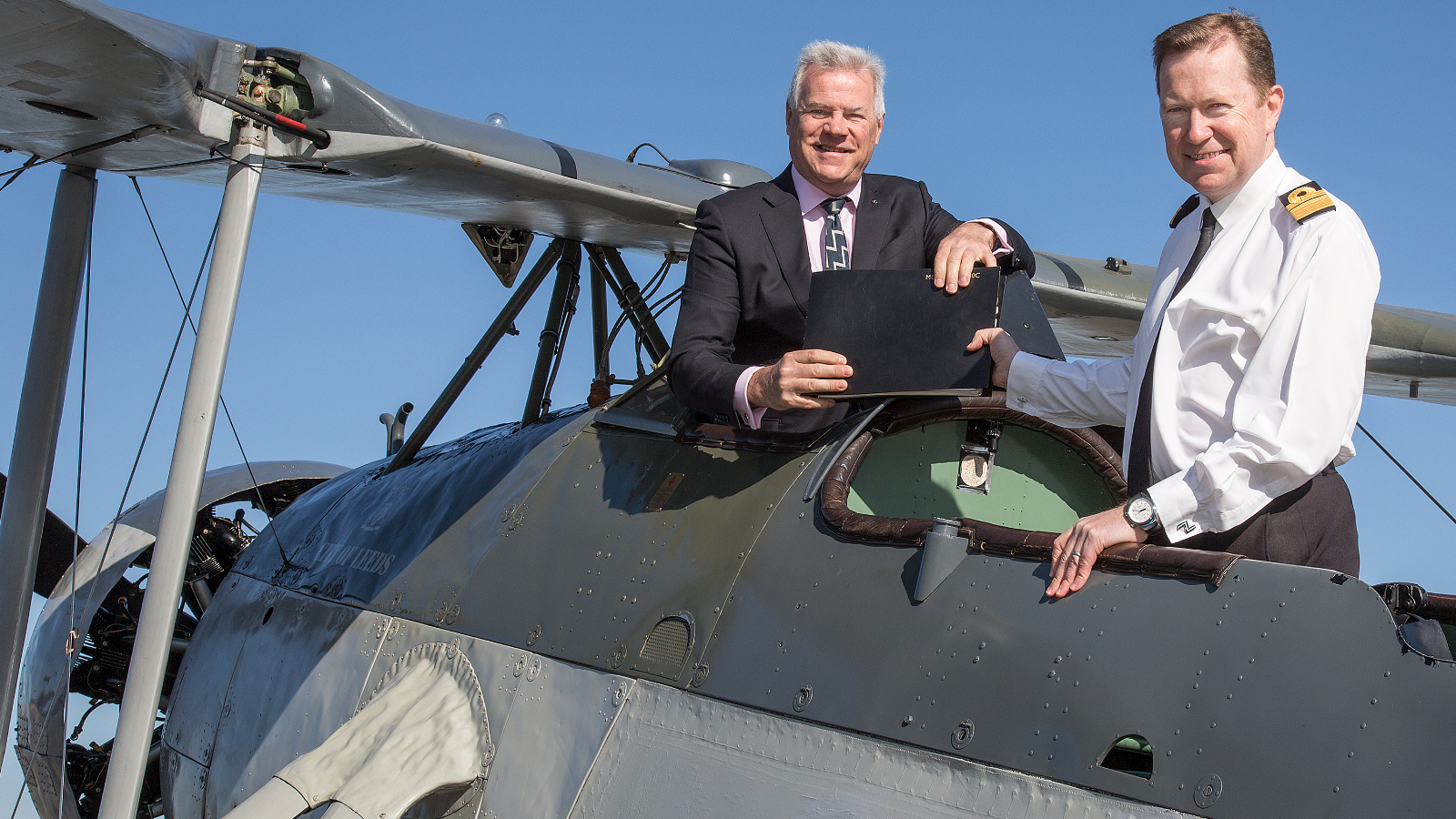 The Navy’s Historic aircraft are of the utmost importance to our National heritage, not only embodying the pioneering ingenuity and courage of the Royal Naval Air Service and Fleet Air Arm, but the world leading achievements and technologies of Britain’s aerospace industry through the most exciting and innovative decades of aviation history.

Protecting complex heritage assets like former military aircraft requires the highest standards of airworthiness, operational management and pilot competency for their safe operation and flight. Before taking on responsibility for this most important historic aircraft collection, one of the biggest challenges for Navy Wings has been to become a fully compliant Civil Aviation Authority regulated aircraft operator.

“In the end it was a collaborative journey of shared understanding with the Ministry of Defence, Royal Navy, our corporate partners, the Civil Aviation Authority and our supporters – an incredible team effort” continued Jock Alexander. “The Royal Navy will also continue to provide some Grant funding over the next five years, to ensure the transition from a military regulated operation to a civilian one goes smoothly.”

With a dedicated Navy Wings flight operations and maintenance management organisation in place, the Royal Navy formally handed over ownership of the historic aircraft collection to the Charity in a small socially-distanced handover ceremony at Royal Naval Air Station Yeovilton on 23 April 2021. 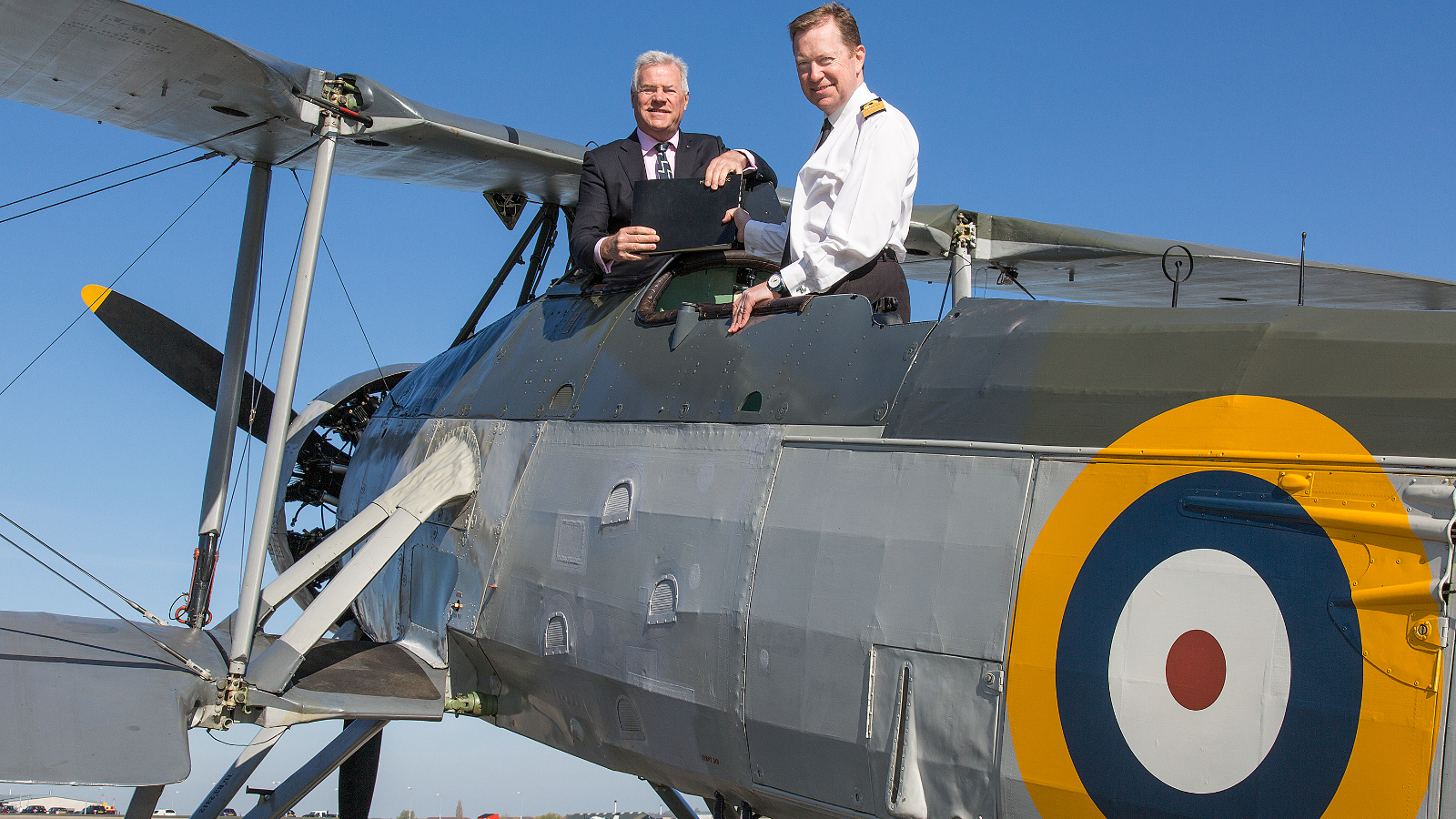 Speaking at the handover event, Rear Admiral Martin Connell, Director Force Generation and Rear Admiral Fleet Air Arm said, “The Royal Navy is immensely proud of our naval aviation heritage and we are delighted that the long term future of our historic naval aircraft is now assured. Working in close partnership with Navy Wings has been a privilege. The aircraft can now play a full part in the wider cultural and heritage sector at a national level, showcasing the story of naval flying at air shows and events up and down the country and continuing to be a source of inspiration and pride to wide audiences for many years to come.”

The aircraft handed over to Navy Wings include the only two flying Fairey Swordfish in the world. These two aircraft, Swordfish Mk I W5856 and Swordfish Mk II LS326 are priceless national treasures, as important in our nation’s history as the Spitfire and the Hurricane. Now, nearly 90 years since the much loved ‘Stringbag’ entered service with the Royal Navy, this distinguished old aircraft which played such a vital part in the Battle of the Atlantic (1939-45) will fly on the civilian register and be funded by public donations.

Other aircraft handed over to Navy Wings include Hawker Sea Fury FB.11 VR930, a pristine example of the last of the post war piston-engine fighters, one of the fastest warbirds in the world, an Armstrong Whitworth Seahawk FGA.6 WV908, representing the Fleet Air Arm’s entry into the jet age, de Havilland Chipmunk T.10 WK608 an aerobatic training aircraft and Swordfish Mk III NF389, awaiting rebuild.

President of Navy Wings, former First Sea Lord, Admiral Sir George Zambellas said, “Navy Wings is delighted to take on the responsibility of these nationally important aircraft and is committed to building in resilience and delivery to ensure our heritage is widely accessible and meaningful to communities of all ages. Naval aviation leads the world in innovative technologies, and I am convinced that innovation will unlock the challenges of keeping these beautiful old aircraft flying, linking the past with the aircraft carriers and F35B Lightning jets of today and inspiring the innovators of the future.” 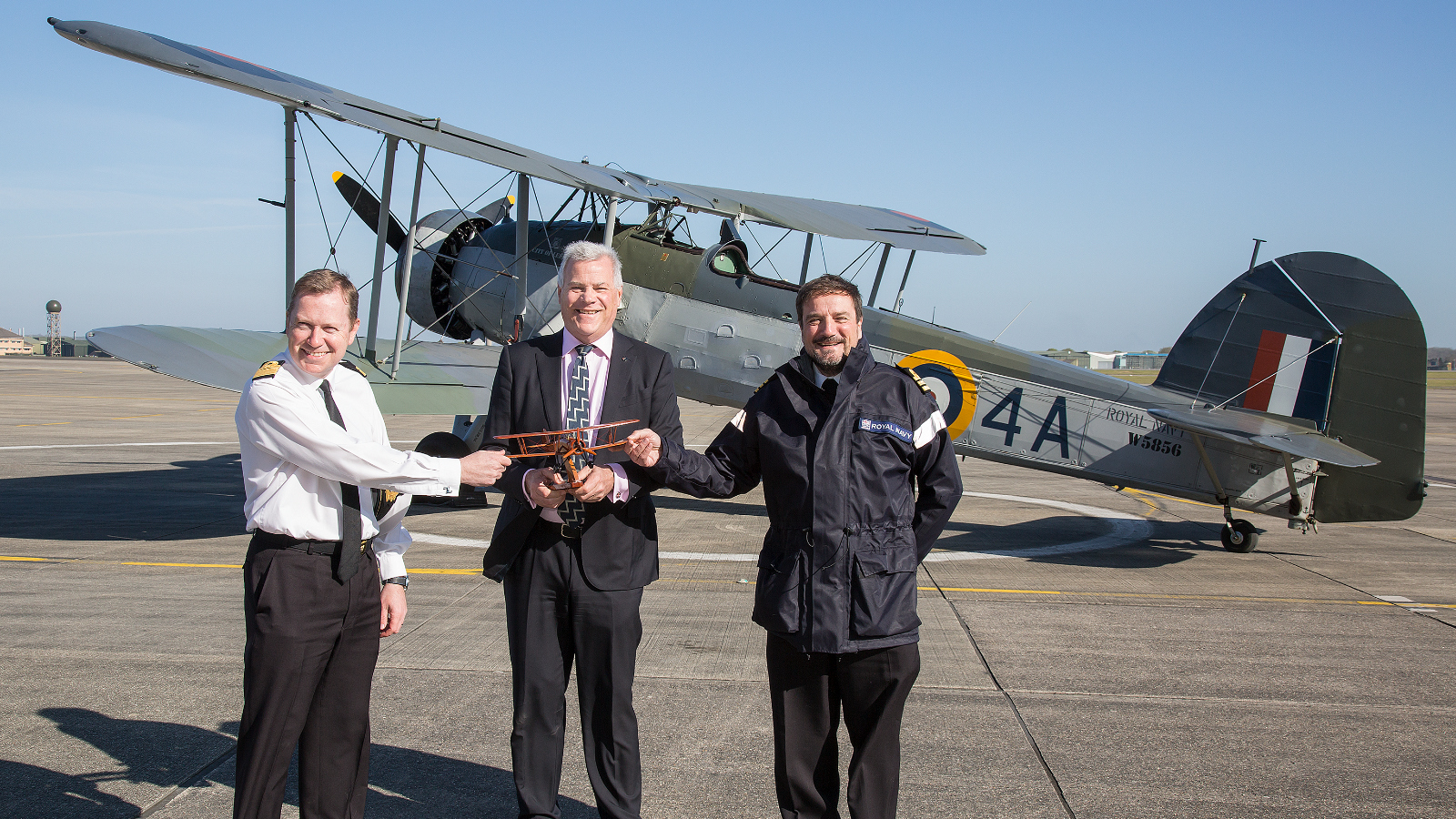 Honorary Officer Fleet Air Arm and Navy Wings Ambassador, Cdr Keith Knowles OBE (right), presented a model of a Swordfish on behalf of the former Royal Navy Historic Flight, to Rear Admiral Martin Connell CBE on the occasion of the formal handover of the aircraft from the Royal Navy to the Charity Navy Wings.

All photos by Lee Howard