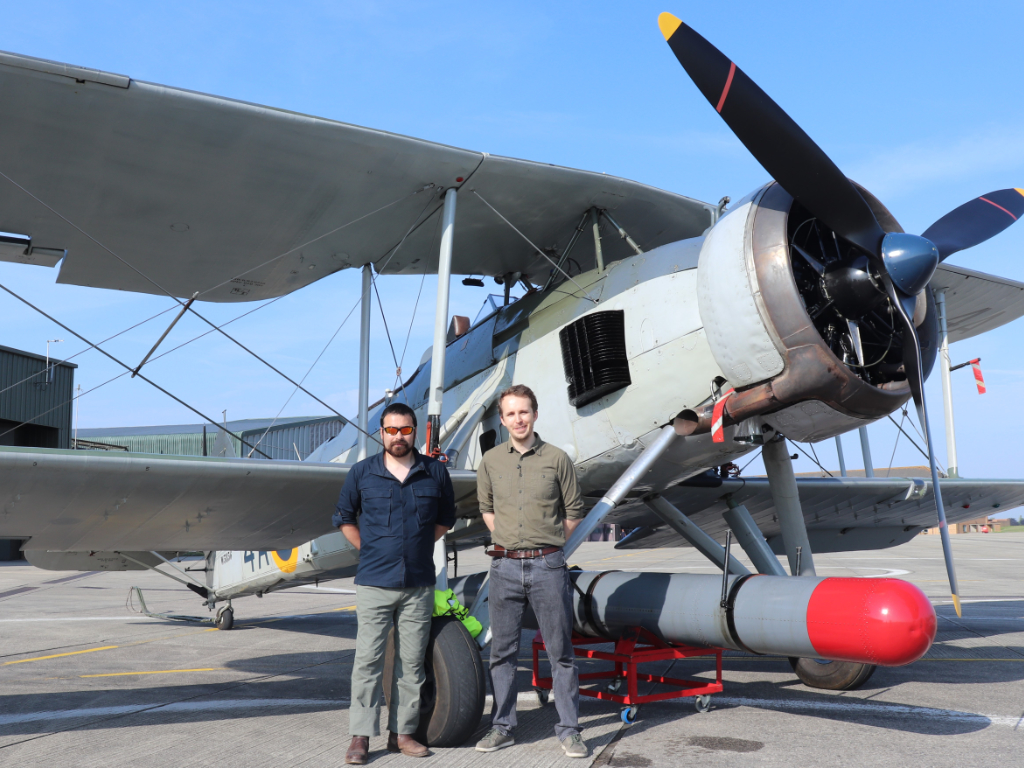 Chris’s channel, Military Aviation History, has 310,000 subscribers and offers a wealth of content on a huge variety of historic aircraft. His videos have already been viewed a staggering 50 million times! While he was with us, he captured footage for a number of ‘Inside the Cockpit’ episodes. The first Navy Wings video that Chris has launched on his channel is focused on the mighty Swordfish.

Following the launch of the video Chris said, ‘People absolutely loved the Fairey Swordfish video and it has become a favourite of many viewers! It was a pleasure to team up with Navy Wings to make this episode possible, and I want to extend a big thank you from me and the community for the fantastic access they have given me.’

Rob Jones, Navy Wings’s Marketing Manager, said, ‘It was a pleasure hosting Chris and Alex earlier this year and the first video they have produced is outstanding. From reading the comments, it’s clearly reached a lot of Swordfish experts but it has also introduced a lot of new people to this wonderful aircraft and to the work of the Fleet Air Arm and Navy Wings.’

We’re looking forward to welcoming Chris and Alex back to Navy Wings in 2022.

You can watch the ‘Inside the Cockpit – Fairey Swordfish’ below.