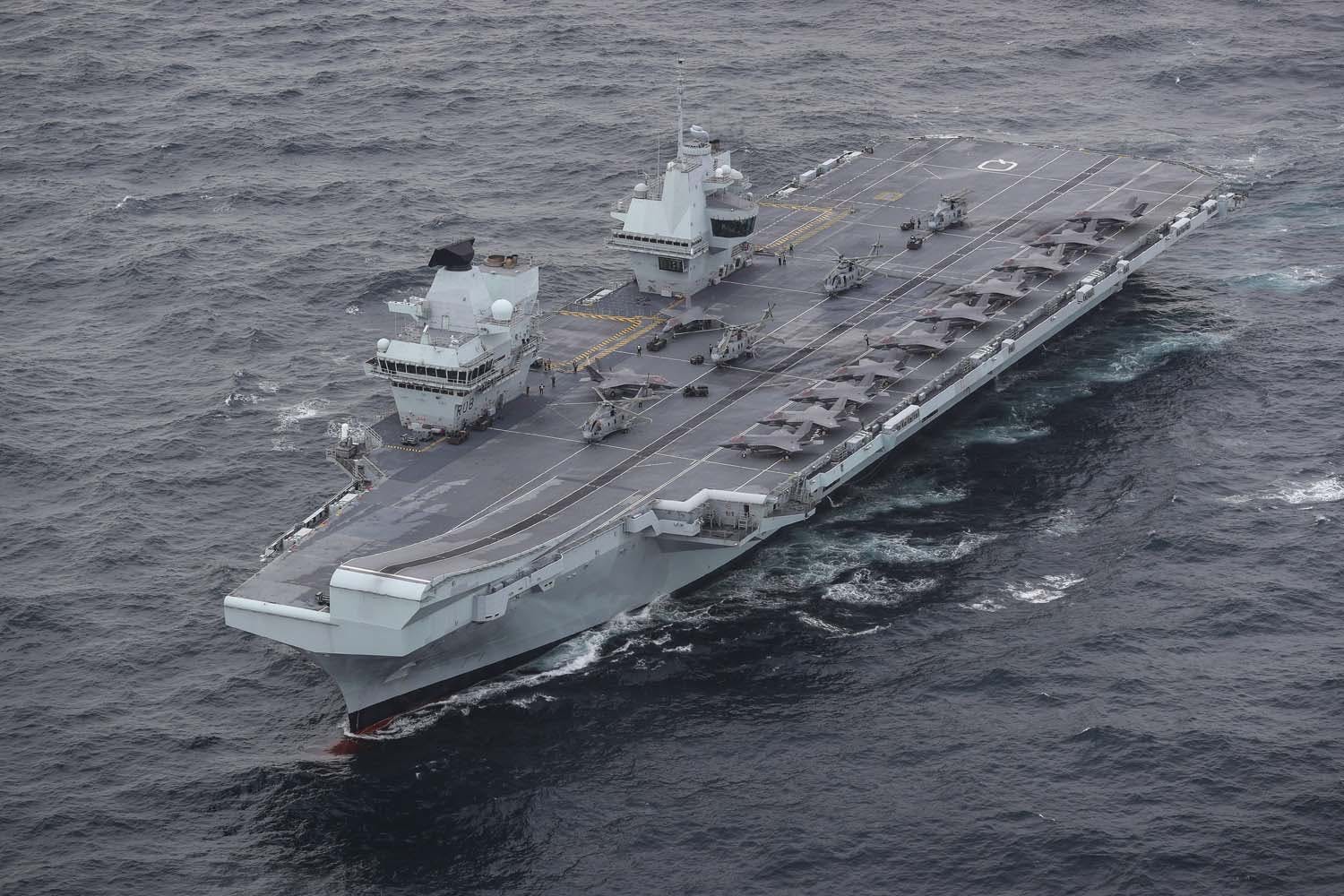 Britain’s Biggest Warship: Goes to Sea captured the Royal Navy’s return to big deck carrier operations. Award winning Filmmaker, Chris Terrill thanked the ship’s company of HMS Queen Elizabeth, saying “It was a privilege and an honour to work alongside them – this is as much their award, as mine.”

Navy Wings joins everyone onboard the aircraft carrier HMS Queen Elizabeth in sending their congratulations to Chris Terrill for being awarded the prestigious Donald Gosling Award for Best Television or Film Production for his BBC Two series Britain’s Biggest Warship: Goes to Sea.

The series of six episodes which took three years to create, captured the enormous sense of achievement of HMS Queen Elizabeth’s first tour, from coming out of build in Rosyth, to rigorous sea trails during which Britain’s largest warship and everyone on board were tested for the first time. 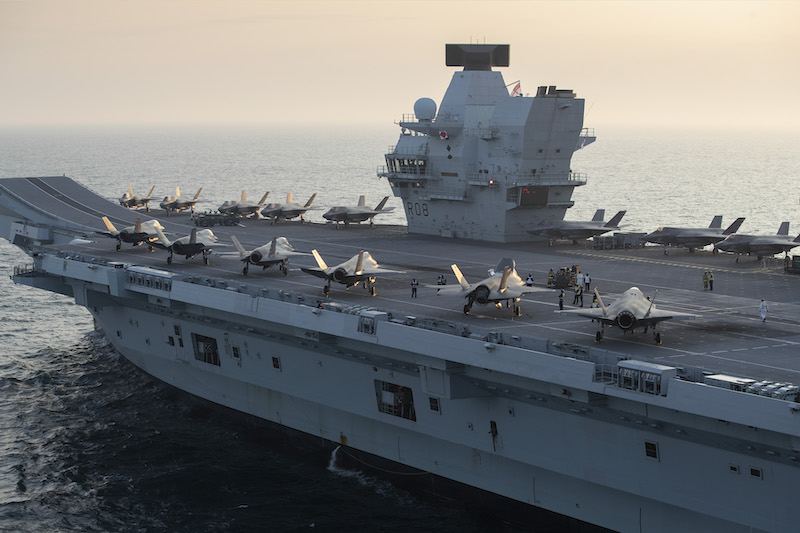 Announced at last night’s Maritime Media Awards virtual awards ceremony onboard HQS Wellington in London, Chris Terrill and his team from Uppercut Films were congratulated for their powerful and intimate portrait of life onboard the carrier.

“The film was history in the making, capturing the Royal Navy’s return to big deck carrier operations and the momentous milestones of HMS Queen Elizabeth’s first tour including the first deck landing of an F-35 by Royal Navy Test Pilot Cdr Nathan Gray on 25 September 2018” said Sue Eagles. 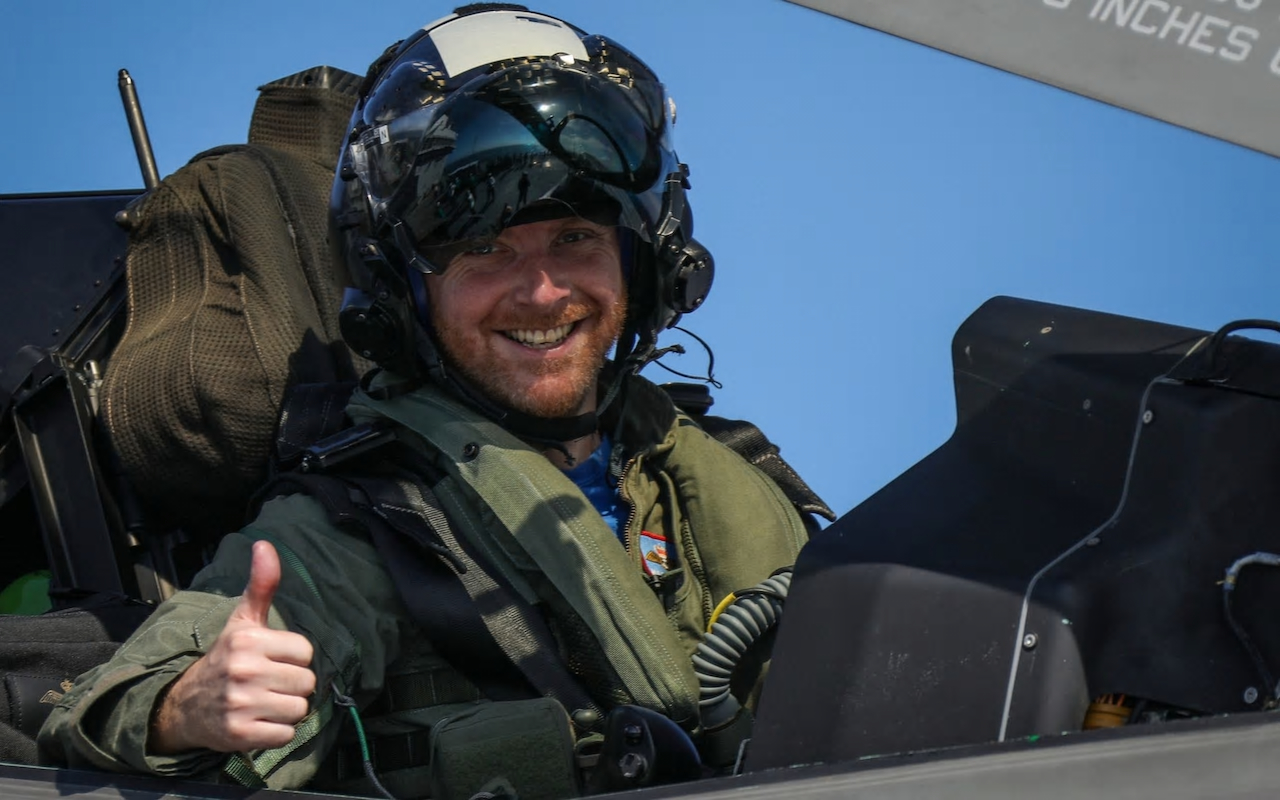 Britain Biggest Warship was history in the making, capturing all the momentous moments of HMS Queen Elizabeth’s first tour including the first deck landing of an F-35B by Royal Navy Test Pilot Cdr Nathan Gray on 25 September 2018.

“We were delighted that Chris was recognised for the Best Television and Film Production Award” continued Sue.

“Chris visited Navy Wings early on in the production schedule of Britain’s Biggest Warship in order to shoot some footage of the Swordfish, appreciating the value and importance of highlighting our aviation heritage as an integral part of HMS Queen Elizabeth’s story.”

The Daily Telegraph’s Alan Tovey, was also recognised, winning the Desmond Wettern Award for Best Journalism for his impressive and engaging reporting on complex maritime issues. “I’m immensely proud to win this award and to report on this vital sector of industry on which the UK, as an island nation depends” said Alan.