The annual Navy Wings ‘Live Your Life’ Fleet Air Arm Awards Dinner took place at the Houses of Parliament on 8th October 2019. The award winners and partners were joined by MPs and Senior Officers at the awards ceremony which recognised and acknowledged the outstanding achievements of Fleet Air Arm individuals, Squadrons and Flights during the year.

The event was sponsored by Beds and Bars and supported by Bremont and Navy Wings.

We are delighted to announce this year’s award winners:

Awarded to the Front Line Squadron achieving the highest degree of Operational Capability over the year. (Represented by LAET Jacob Cracknell)FAA Sword – Lt Cdr Mark Green RN – 207 Flight 815 NAS.
Awarded to an individual or crew achieving the finest feat of aviation during the year.

Awarded to the FAA Junior Rating, of any branch or specialisation, who has done the most to support and improve the RN’s Carrier Strike capability.

Awarded to the aircrew making the most valuable contribution to the development of weapons, weapon tactics, or method of delivery during the period. (Represented by Lt Tom Wilson)

Awarded to the individual who has made a significant contribution to the integration of aviation within the Fleet.

The Squadron achieving the highest assessment from NFSF, as nominated by CO NFSF. (Represented by CPOAH Christopher Miller)

Awarded annually to the NAS, Flight or unit judged to have achieved the best overall standards of engineering efficiency and effectiveness. (Represented by AET Myles Henry)

Awarded to the Fixed Wing Pilot who, in the opinion of Fixed Wing Force Commander, has made the most outstanding contribution to the development or delivery of maritime aviation. 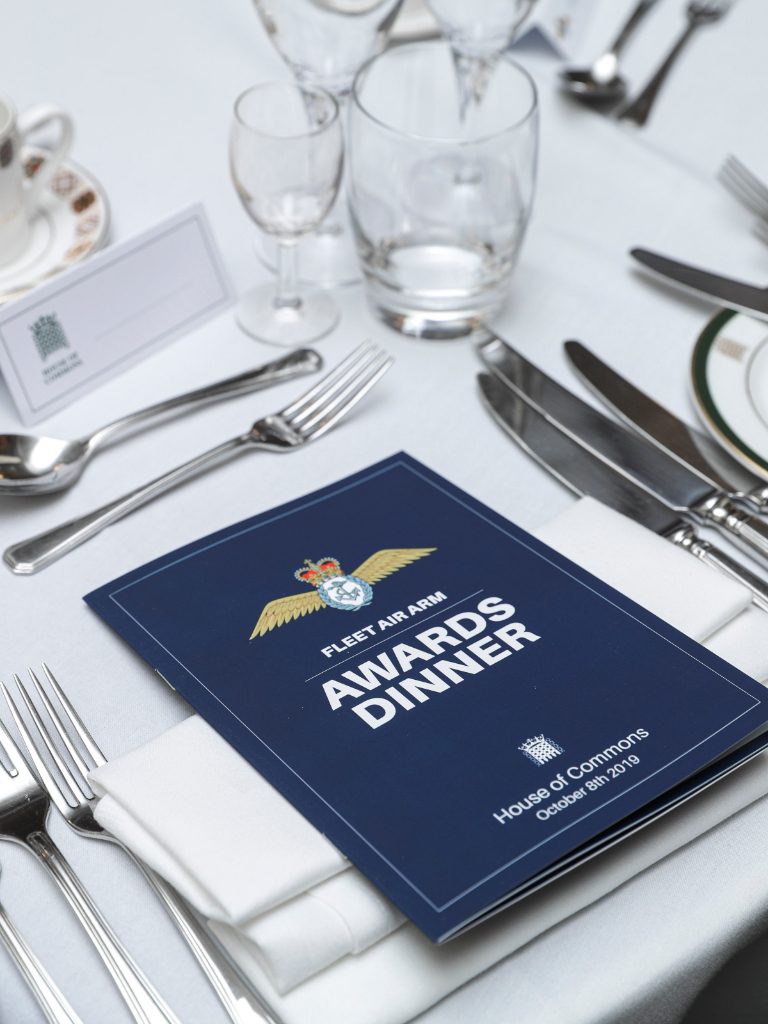 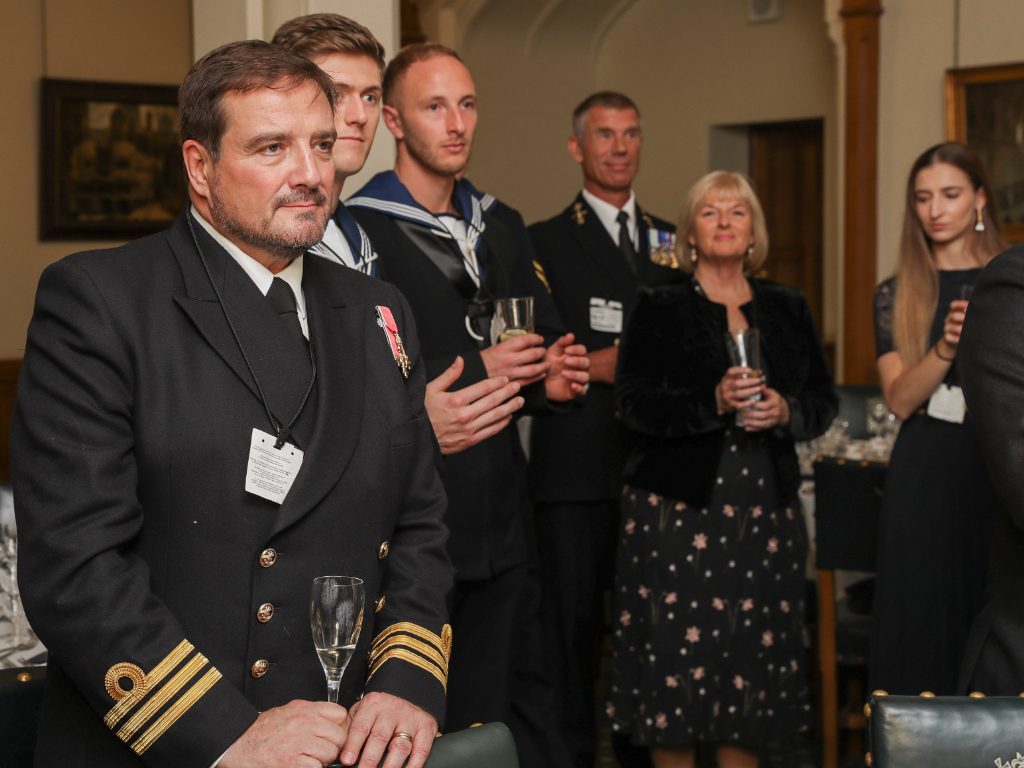 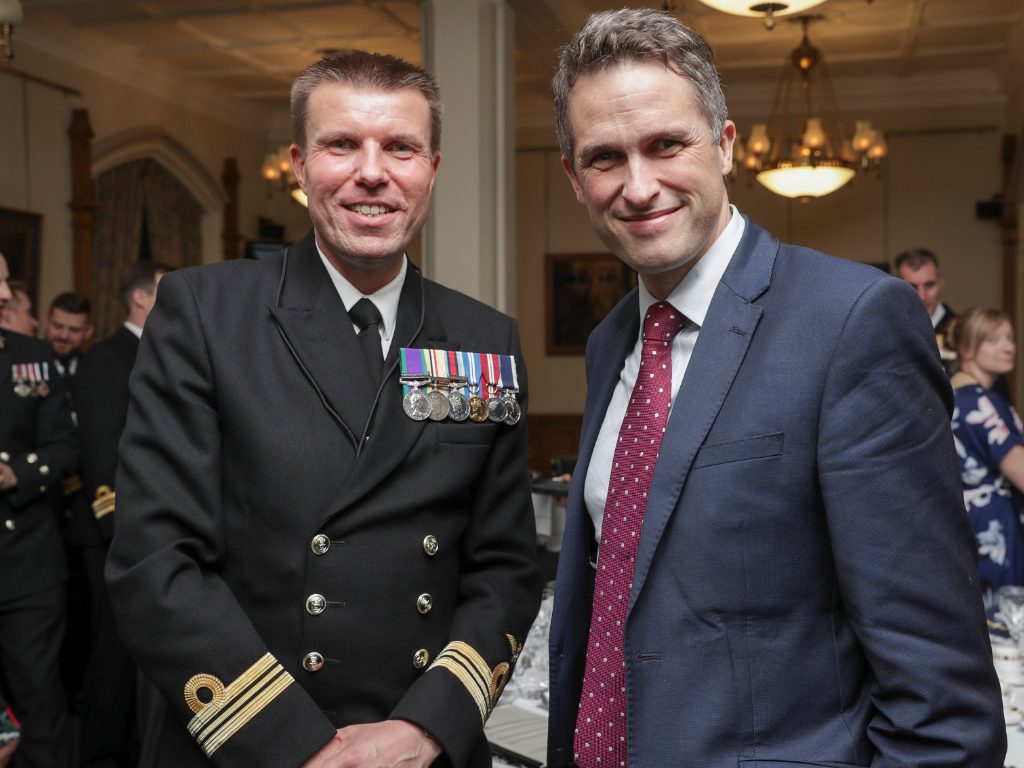 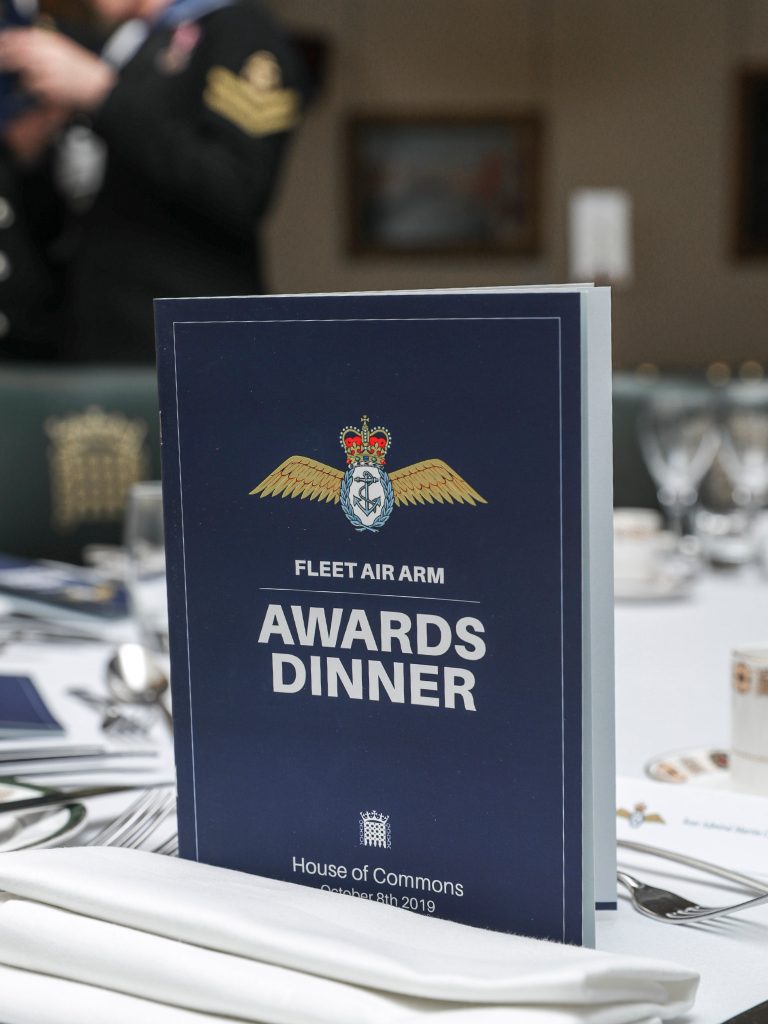 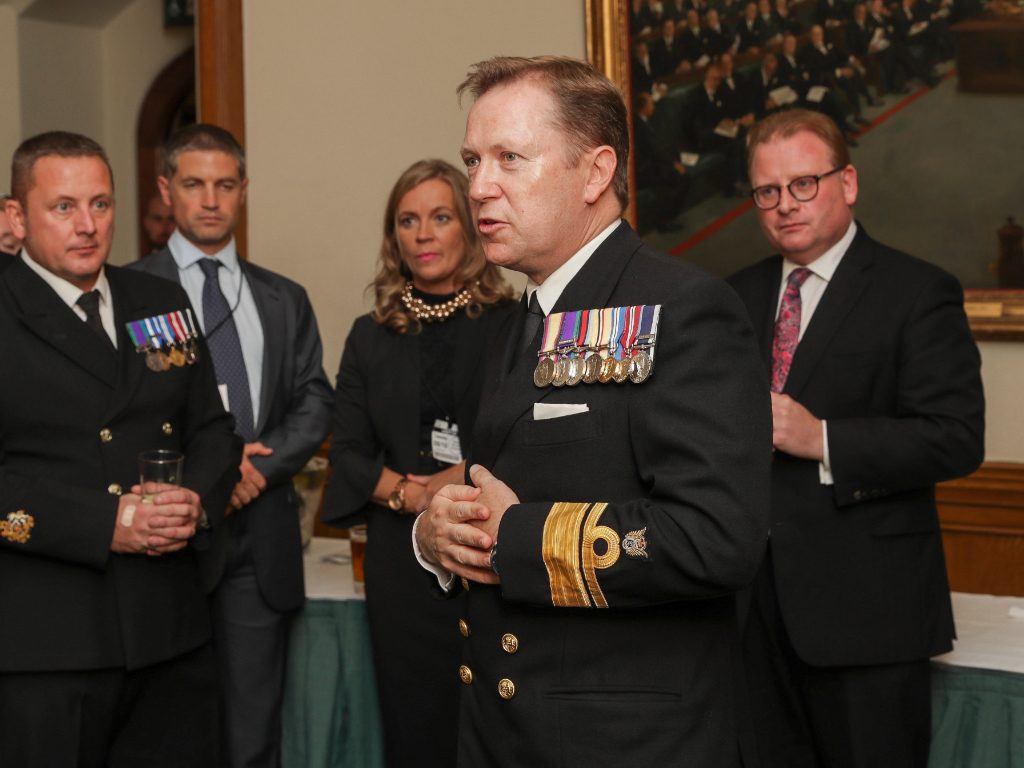 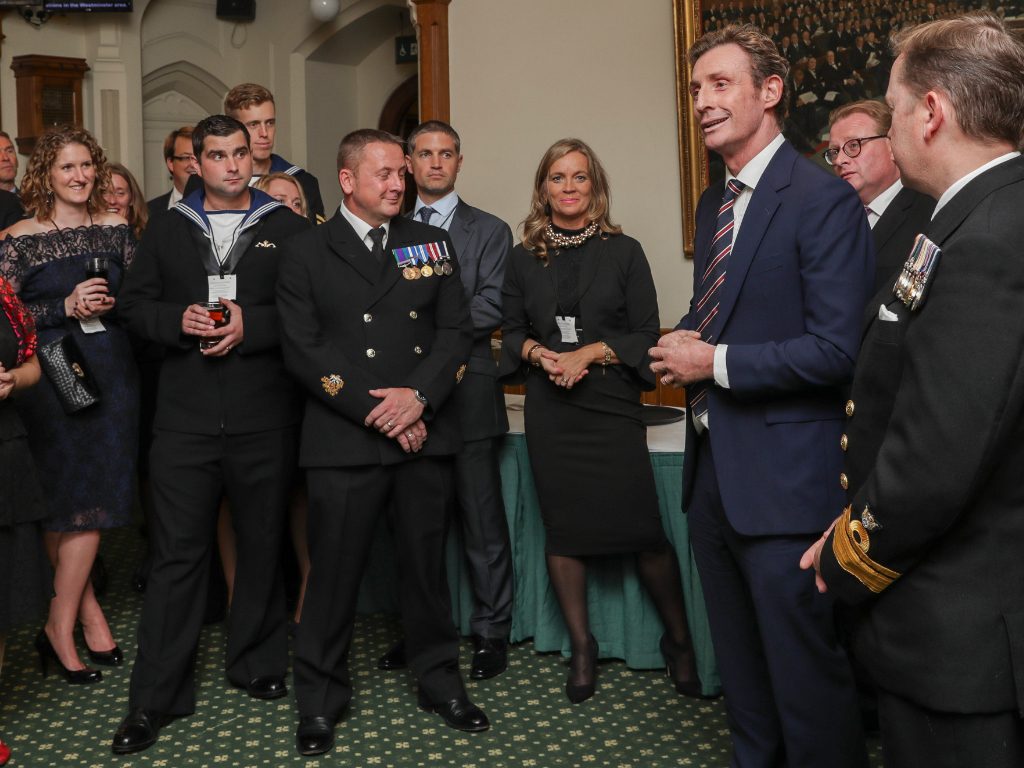 Petty Officer Collis is currently holding the position of AC Mentor at the Royal Navy School of Aircraft Control where he has made a most remarkable contribution to the integration of aviation to the fleet within the last 12 months.

Primarily tasked with the continuing development and oversight of newly qualified Aircraft Controllers, PO Collis has expanded his range of responsibilities to vast effect; creating positive, tangible benefit not just to the Aircraft Control branch’s commitment to delivering aviation, but also to the sustainment of branch output in a very challenging time.

Taking over the role in February, having completed just over a year as an exceptionally effective instructor at RNSAC, Collis has channelled his infectious enthusiasm and initiative to consistently think outside the box and take steps to overcome the many recruitment and SQEP development issues the Aircraft Control branch faces.

Due to the lack of personnel joining as Direct Entry Leading Aircraft Controllers (DELACs), PO Collis took it upon himself to arrange a meeting at CNR Portsmouth to propose initiatives aimed at driving positive change to sustain and grow branch numbers. Contributing to the RGM (Regional General Memorandum) on recruiting, which was subsequently published to all 49 careers office around the country, Collis went a step further to ensure he acted as the lead point of contact. He liaises daily with the AFCO (Armed Forces Careers Office) regarding potential controllers which includes taking the responsibility for loading them onto the joining pre-requisites including ATC medical and CBAT.  At all stages of a recruit’s joining process, Collis maintains continuous contact with the relevant recruiting office and provides regular update on joining statistics to RNSAC and also advice and feedback to AFCOs. In addition to this, PO Collis is a strong advocate of continuous improvement and has developed a comprehensive feedback loop for all parties to identify and publicise LfE at all stages.

Collis brings intelligent, well considered suggestions and ideas to the table on an almost daily basis and is now in the process of looking into organising a recruitment roadshow around the country and also seeking a further budget allocation to try and further increase recruitment and retention across the RN for aircraft controllers. An example being RIAT 2019 now attended by an AC on a recruitment stand for the very first time.

Due to lack of controller currency in the RFA fleet, he then took on the additional responsibility of broadening his mentoring reach and liaising directly with RFA career managers to ensure all front line RFA controllers in date for currency.

Following the numerous changes to the Aircraft Control recruitment and training pipeline over the last few years and the lack of live training hours available, the branch has found that many of the front-line controllers severely lack experience. Never one to simply achieve the minimum ask, Collis continues to expand on his responsibilities yet further and takes every available opportunity to mentor the controllers either in the simulator at RNSAC or at MCTS and MWS. Furthermore, Collis ensures they are completing their task books through positive encouragement, utilising his highly developed leadership and coaching skills to ensure they are ready to achieve RPS.  Not just focusing on the service need, Collis also has the welfare and best interest of the individual at heart, aiding the young, inexperienced LACs with settling into life at sea and on-board a Naval unit. To assist him in his now much broader responsibilities, he has taken on a Leading Hand as another AC Mentor who he manages, develops and employs very effectively.

Always looking to broaden and improve on what he can deliver, with the welfare of his subordinates at the very forefront of his mind; he recently attended the MHFA (mental Health First Aid) course and is now in the process of being part of the RNAS Yeovilton mental health team, adding yet another hugely positive qualification to bring great benefit to our heavily tasked front-line controllers.

The Aircraft Control branch is currently delivering on its commitment to facilitate Naval Aviation under very difficult circumstances.  With GTS ratings at an all-time low and with recruitment numbers falling far below those projected to sustain throughput to the front line; it can be very strongly argued that were it not for PO Collis’ efforts, Maritime Aviation Operational Capability of the Fleet Air Arm and the Royal Navy would very likely be compromised.  A number of the AC cadre currently controlling at sea, attending Phase 1 and 2 training and progressing through the stages of joining can be directly attributed to the work that he has done in ensuring recruitment, qualification, currency and development are achieved and maintained.

Consistently acting above and beyond under his own volition, he is wholly deserving recipient of the FAA Sailor of the Year 2019 award.