At the beginning of February 2018 the Navy Wings section of hangar 15 is not so crowded as the Texan and T20 Sea Fury are for their winter maintenance.  The single seat Sea Fury VR930 and Swordfish LS326 remain subject to periodic checks under their suspended maintenance regimes.  Swordfish W5856 is almost 100% serviceable, just awaiting a couple of replacement oil system hoses and has 11 flying hours remaining before a partial engine strip to examine the pistons and new valves will be required.

So the main focus of engineering attention has been the Major Inspection of Chipmunk WK608.  The engine was removed and the two support frames inspected for cracks by Magnetic Particle Inspection.  This involves the bared metal frames being coated with a solution containing minute dyed ferrous particles and the frames being subjected to a magnetic field such that north and south poles occur either side of a crack.  Any resultant concentrations of ferrous particles become clearly visible under ultra-violet light.

The freshly painted light green frames are reunited with the airframe by new tapered bolts as the old ones were life expired and the engine is fixed to the frames by the 4 bolts replaced in last winter’s inspection.  When the engine was out, the bulkhead behind was examined and repainted and the reinforced frame mounting points were also inspected.  In common with many other airframe voids the inside of the mounting points were inspected using a fibre optic borescope which affords the ability to be steered into awkward spaces, take photos and also measure distance between nominated points.  Various parts of the engine were cleaned and inspected and new filters fitted to the fuel and lubrication system.  The crankcase cover was removed as part of this process and 2 studs (Photo 3) which also secure the upper carburettor support were found to be sheared and these were replaced.

The tail plane has been removed and along with its 2 lower support struts is in workshops for Non Destructive Testing by X ray.  The lugs for the support struts have been inspected and repainted. 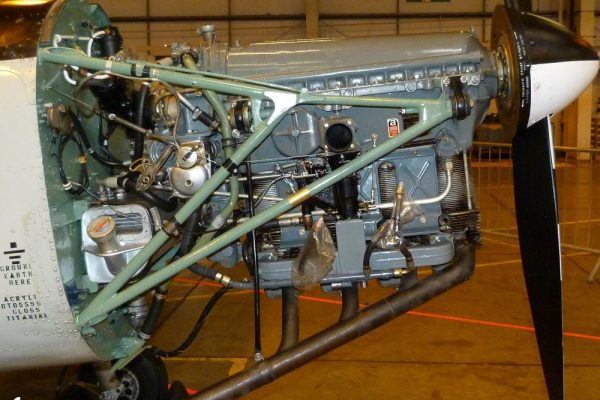 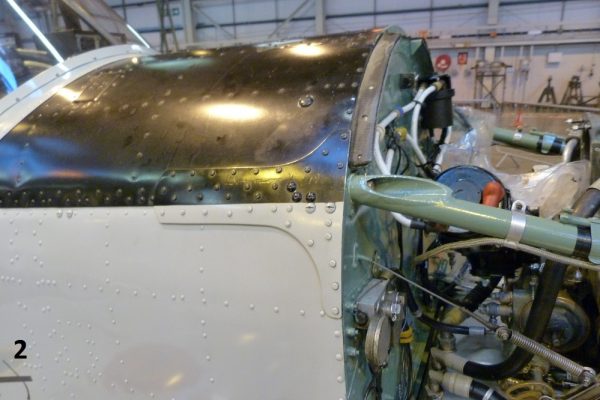 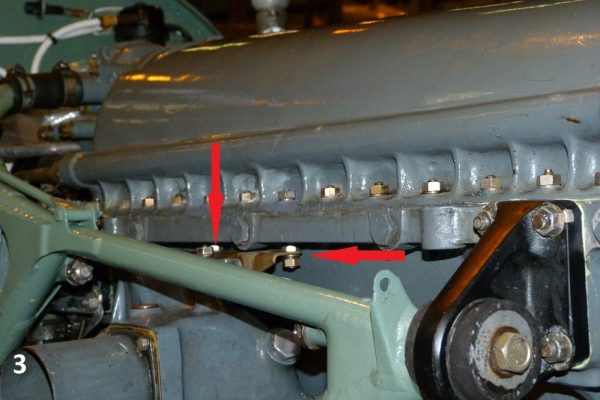 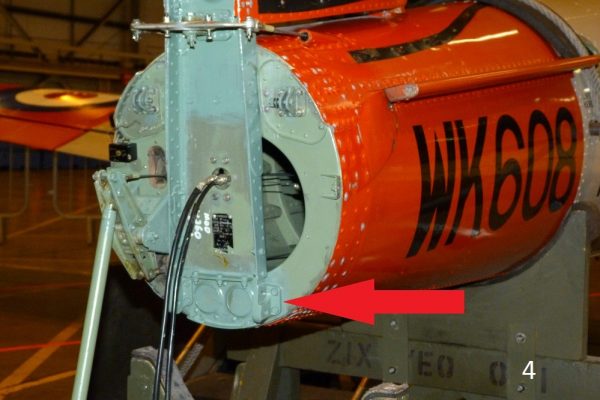 The elevator trim tab control cable was found to be slightly frayed and had to be replaced by a new item which in common with all Bowden cables is now a lifed component.  The insides of the tail plane struts and the tail wheel yoke were coated with a heavy oil to prevent corrosion.  The solvent diluted oil is introduced through small holes and the item turned to coat all internal surfaces before the excess oil is drained and the holes plugged with rivets (Photo 5).

The propeller hub was also subjected to NDT by the dye penetrant method and the brakes were bay serviced with the callipers being inspected by Eddy Current NDT.  All the instruments have been removed, carefully bagged and labelled and await bay servicing (photo 6) along with a collection of panels (Photo 7) about to be shipped to the dope shop for repainting.  In sum the Major Inspection is about 60% complete and it is hoped the Chipmunk will be back to a flying state in June when she will continue  to provide tail dragger training for the RNHF display pilots. 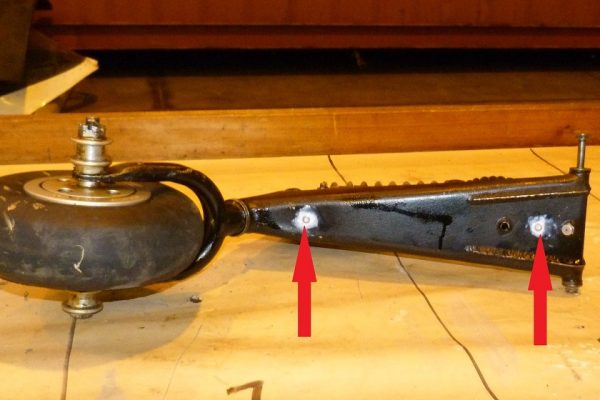 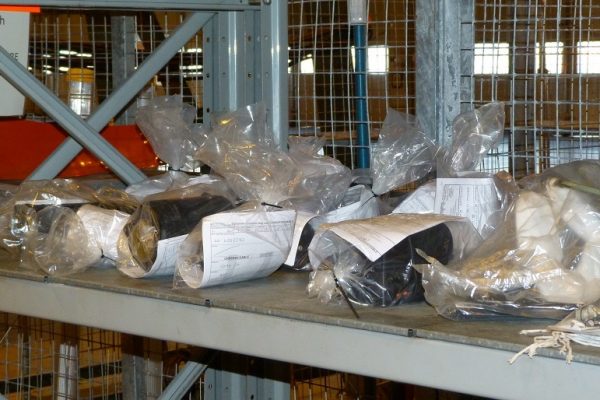 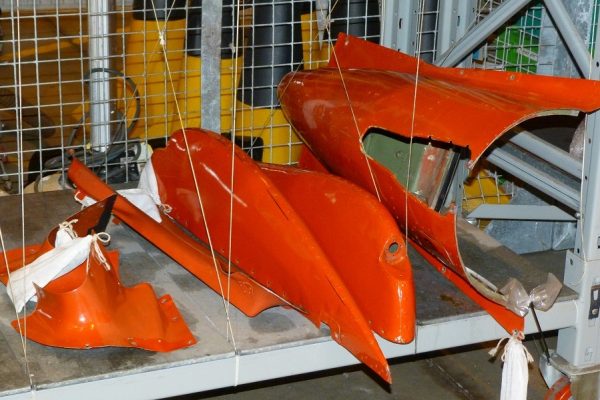 The Sea Fury is at North Weald Aviation for routine maintenance and to be weighed by the 71 (IR) Sqn Weigh Team due to a C of G discrepancy following the repair work to recover the aircraft from her wheels up landing at CU in 2014.  The aircraft was first weighed empty of fuel and then re-weighed full of fuel to establish the C of G throughout the flight range.  During the procedure the aircraft tail section is raised to the flight rigging position and subsequent measurements taken by plum lines establish the C of G position for the aircraft. The aircraft is now cleared to carry a second crew member / passenger and Navy Wings is grateful for the assistance and support provided by the 71 (IR) Sqn Weigh Team on site at Weald Aviation.

Is under ‘suspended maintenance’. 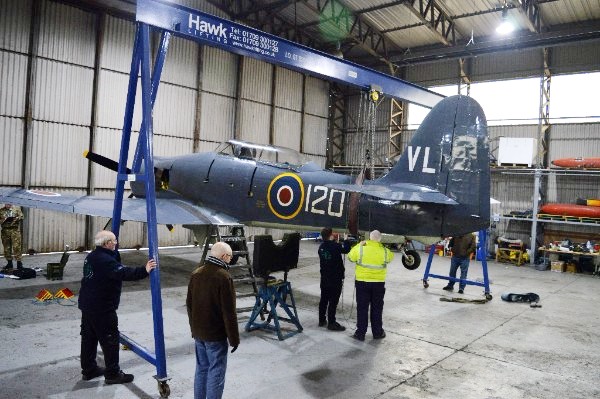