Whilst awaiting the transfer of the Royal Navy aircraft to the civil register, the engineering team have been catching up with routine maintenance.

The Sea Hawk’s Rolls-Royce Nene engine has been placed in a moisture/vapour proof storage bag and fitted to a transportation stand ready to join the airframe in a controlled environment facility so that at some time in the future, if funds become available, the charity can support a back to flight plan.

The Sea Fury T20 has enjoyed her first public display at Cosford Air Show. After her winter maintenance at North Weald, the heritage flight hangar engineering team are ground running her weekly to help keep the oil circulating to keep her in top condition for the rest of 2019 season’s display schedule.

The engineers have been replacing some of life expired items such as the rubber hose  connection in the lubrication system between the cooler and Pegasus engine. 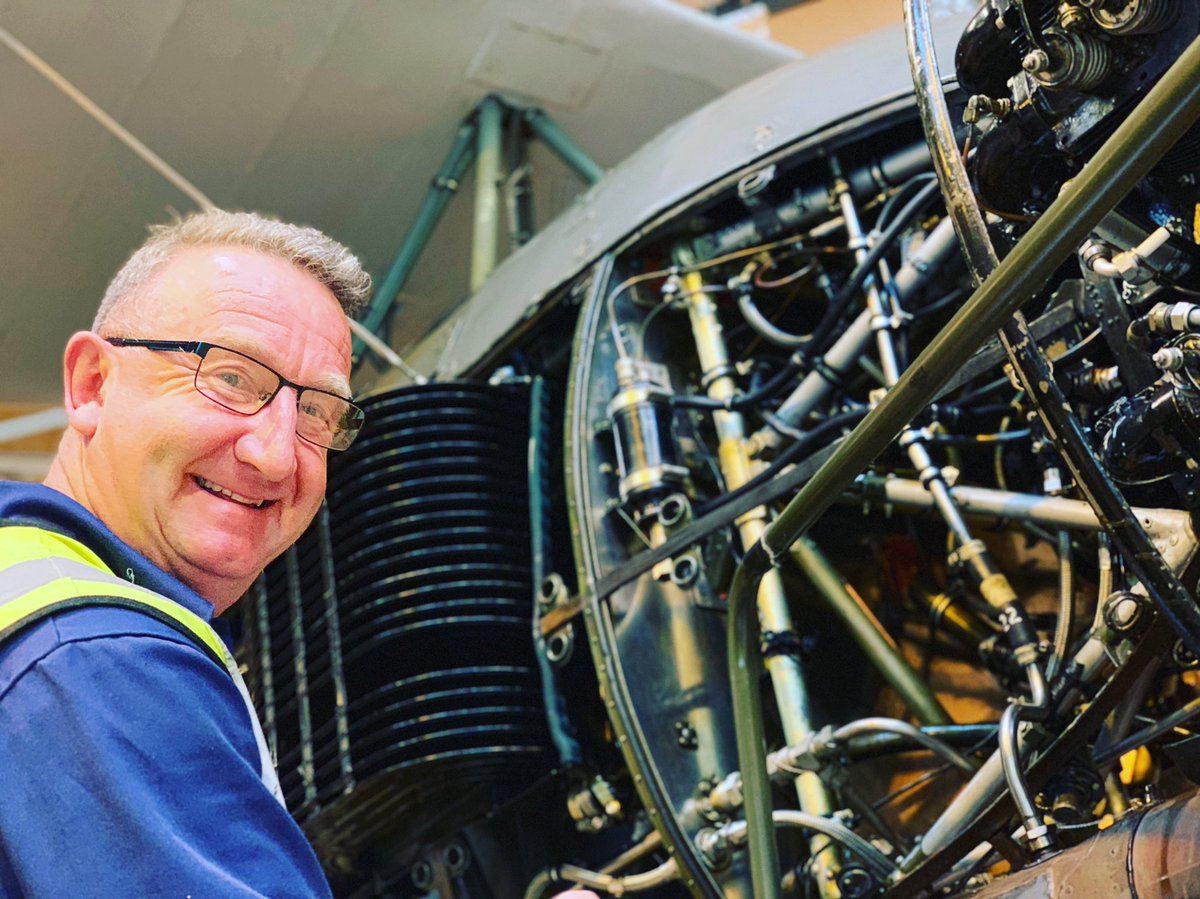 Engineer Mark Wilson fitting new oil hoses to the coolant after the ‘life expired’ on the old hoses on the W5856. 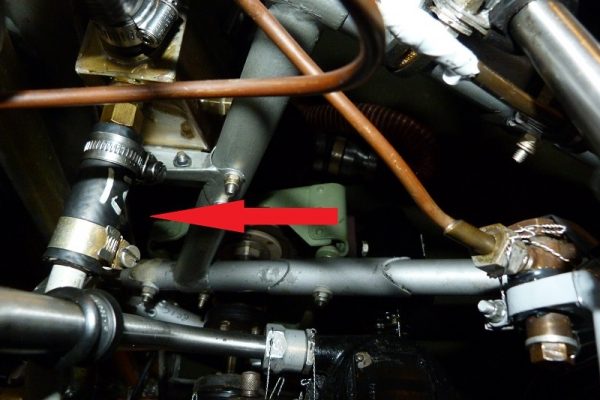 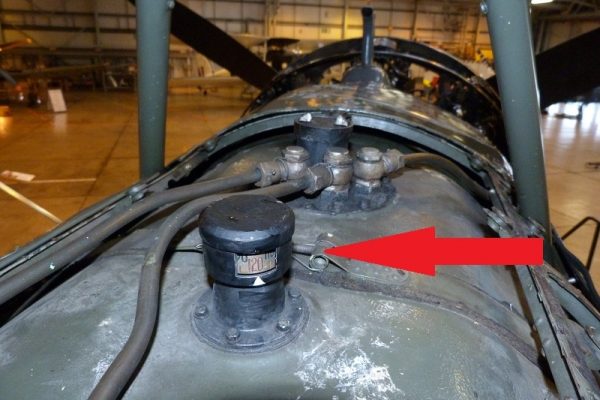 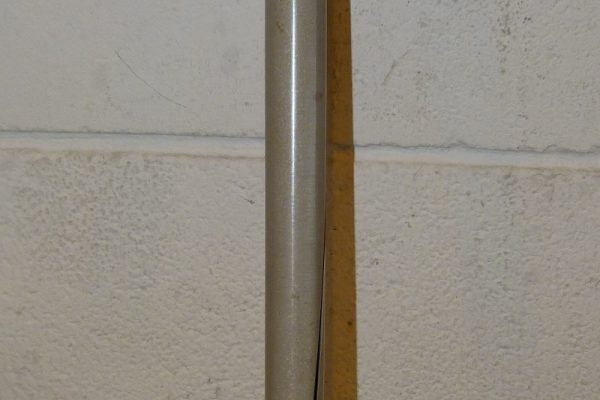 Some of these hoses are in difficult spaces and it’s no easy task to replace them.  The two fuel tanks in front of the pilot have contents gauges

that are viewed directly by the pilot through a ‘spy hole’ in the control panel.  One of the gauges has been removed and cleaned as the readings were inaccurate. The gauge is a very simple device consisting of a tube which contains a rectangular wire secured to the base cap and a float that rises and falls in the tube with fuel contents.

The wire is threaded through a rectangular hole in the float and the float registers with a spiral slot in the tube sidewall so that when it rises, it twists the upper part of the wire which is attached to a contents indicator visible through a little window in the top cap. Simple, but works fine particularly after a good internal clean. You can just imagine for a moment the thoughts of a pilot, flying over a freezing ocean on a dull and wet day during the battle of the Atlantic, peering through the spy hole trying to see both these little windows to decide when to head back to the carrier.

The Sea Vixen Team are awaiting the imminent arrival of the first set of repair scheme drawings for the 4 x rear fuselage frames from the A8-21 CAA approved Company. Inspection surveys are almost complete, with routine checks and functional testing of various systems continuing. 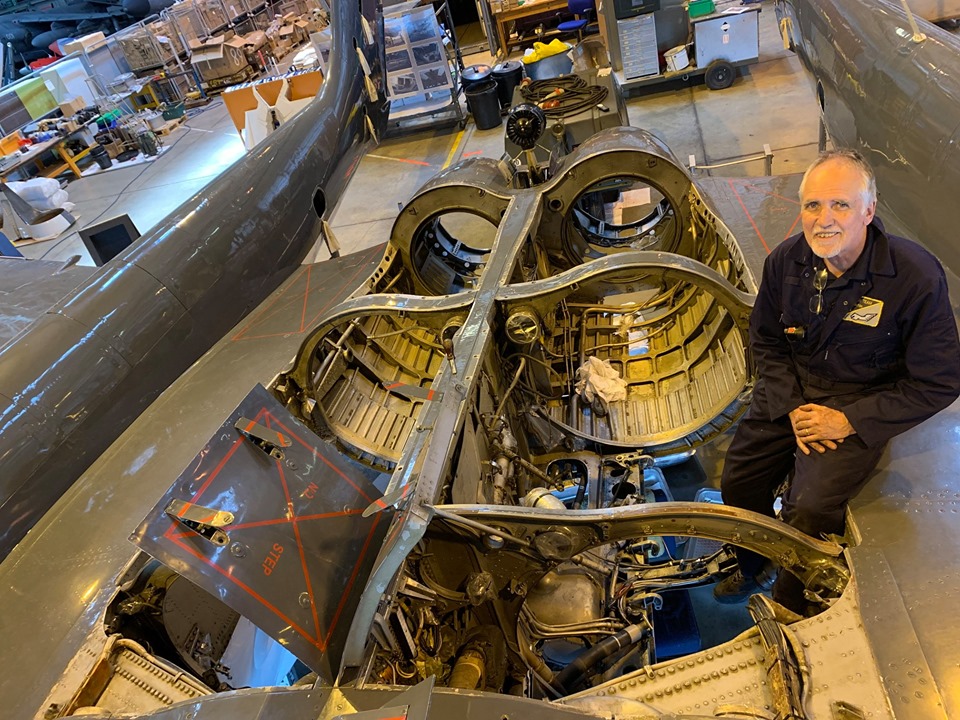 Sea Vixen engineer Phil Thornton has been inspecting and maintaining the engine bays.

The video below shows the tailplane functional checks.

To help the work of the Charity to maintain and fly these iconic aircraft please sign up here as a supporter, It is only £2.50 a month and supporters receive lots of included benefits and you will be supporting the work of  the charity to keep these icons in the skies as a focus of remembrance and to inspire future generations!