There is plenty of space in the hangar as the twin seat Sea Fury VX281 is at North Weald, however Wasp 608, a Navy Wings associate aircraft, has now been loaned to the Navy Wings Heritage Flight as part of the core collection that the team will operate for the 2019 season.

Swordfish W5856 is the main attraction and was being ground run to help trace the cause of some ‘crackling’ interference with the new 8.33 Khz channel spacing radio.

This work continues with the avionics team but in the meantime the mechanical team have received new exhaust valves and have applied a dry film lubricant before fitting them to the engine.  Another set will be taken to DeltaAir in Waterlooville to fit to the engine from LS326 and the remainder kept as spares. 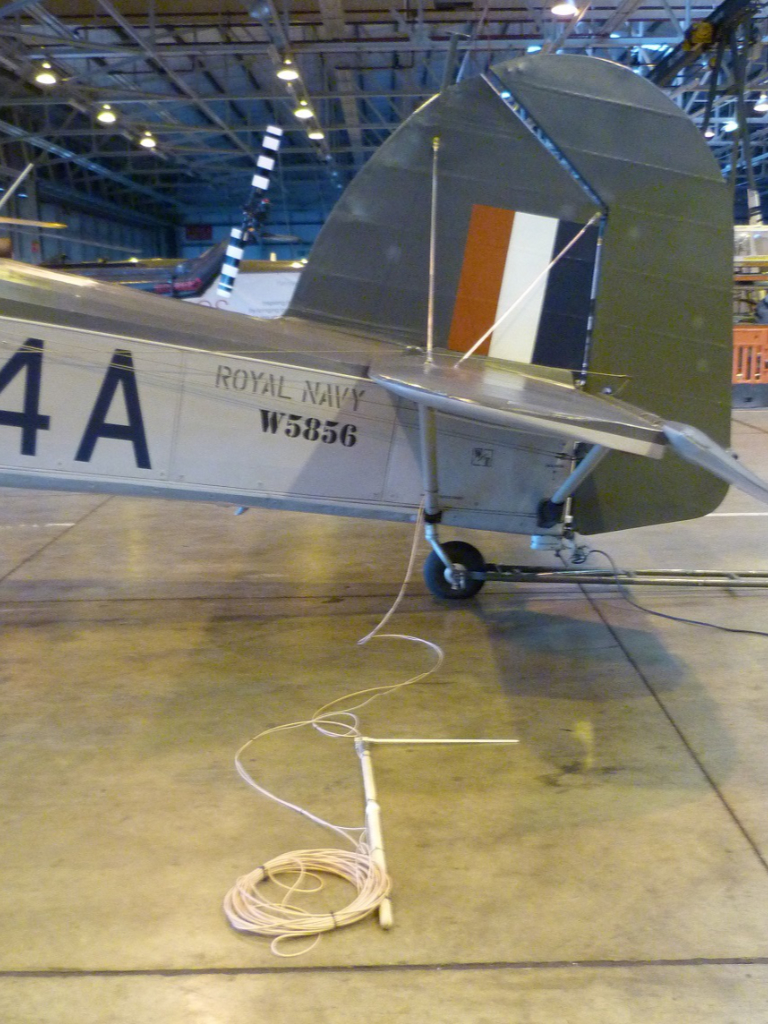 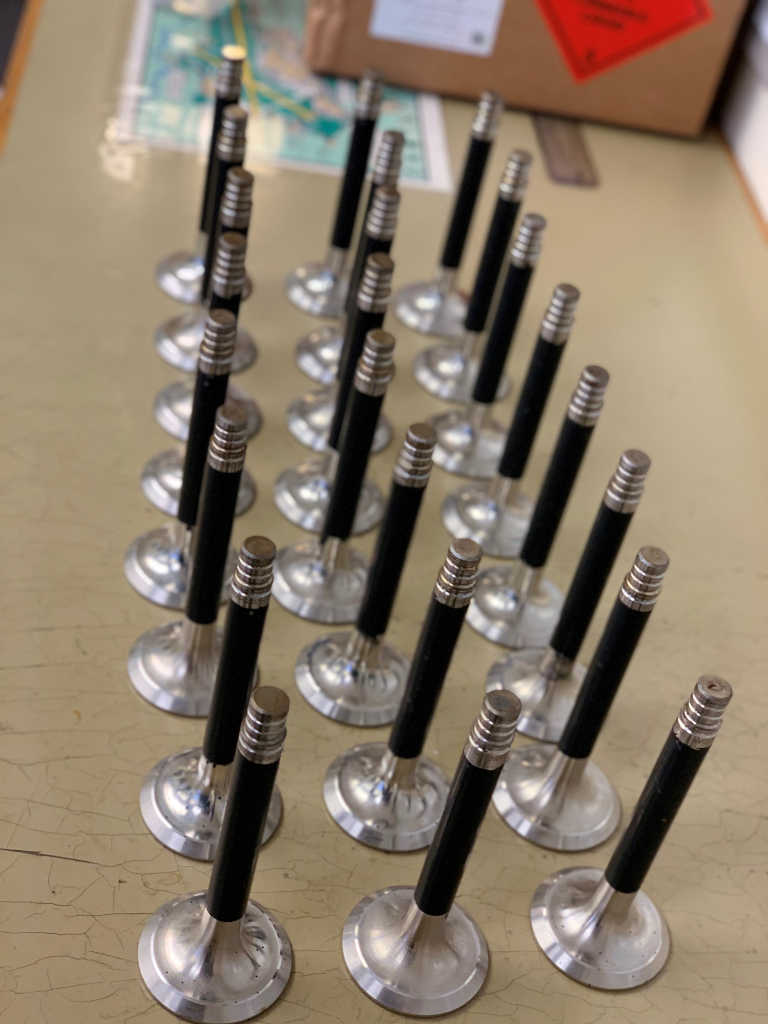 The Chipmunk is awaiting an engine change and like the Swordfish the fitment of new radios with 8.33 Khz channel spacing.

There was a buzz of activity around the Sea Vixen as the team had raised the aircraft on jacks and were carrying out functional checks on the hydraulic systems.

All systems will be exercised apart from the flaps which remain disconnected as parts of the control runs pass through the damaged rear fuselage.  The aim is to operate the hydraulic jacks through their full range and basically shift the fluid as much as possible to check for problems and leaks and to take samples for analysis by NAS 1710.

As well as all the jacks and valves there are 13 accumulators and various local header tanks so it is a good idea to circulate the fluid frequently and bleed any air from the systems. The red system (emergency) and green system (non-flying controls) are connected to a ground rig and the undercarriage is being raised and lowered.

Work on the fuel tank liners has finished but there remains a small leak which it is hoped may be cured when new bonded sealing washers can be sourced for the access panel studs.  The airframe has also been de-panelled for routine annual checks. There is progress on the repair scheme for the lower part of the rear fuselage “spectacle” frame with designs progressing and some experienced sheet metal experts from industry being recruited. But as yet no metal cut of folded.

After the wheels up landing of the Sea Vixen the dive break, hydraulic jack is being replaced. The Sea Vixen team found a replacement within the spares container.

Future tasks include removal of the damaged air brake jack and X-Ray NDT on its mountings and also those for the gearbox. 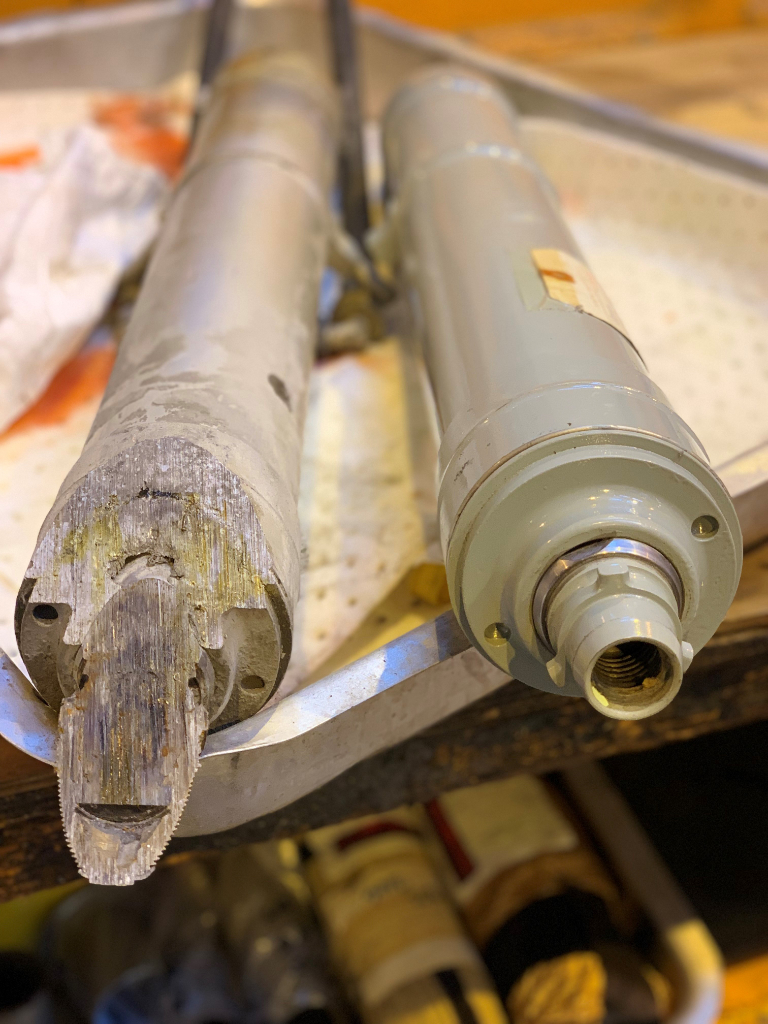 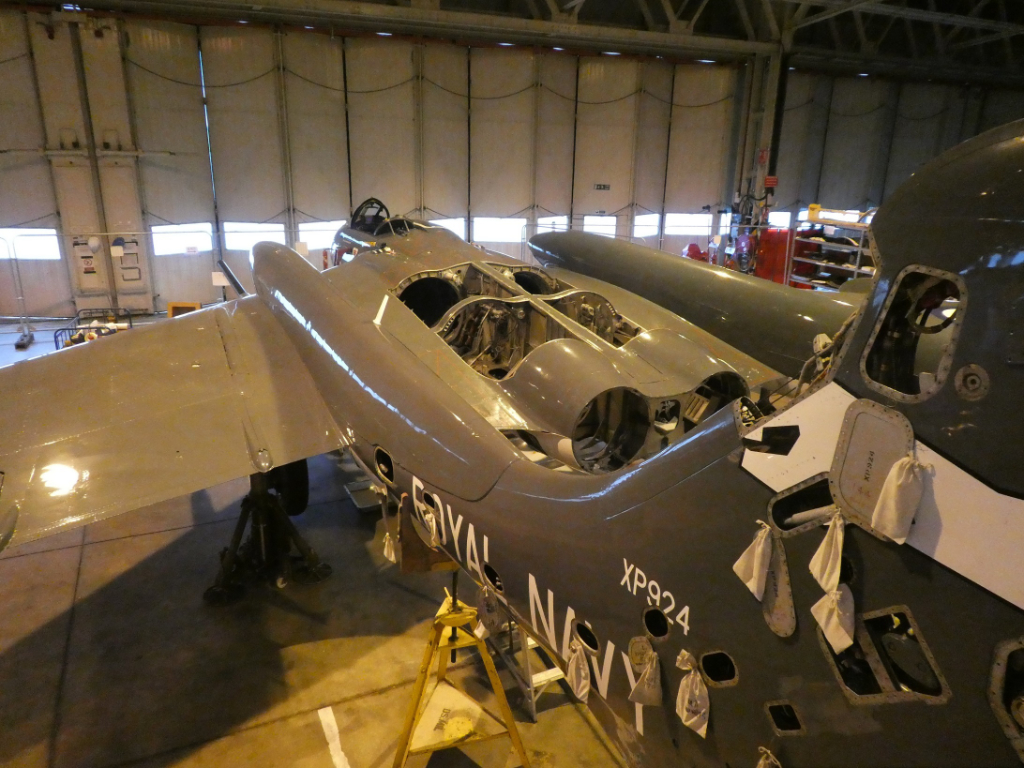 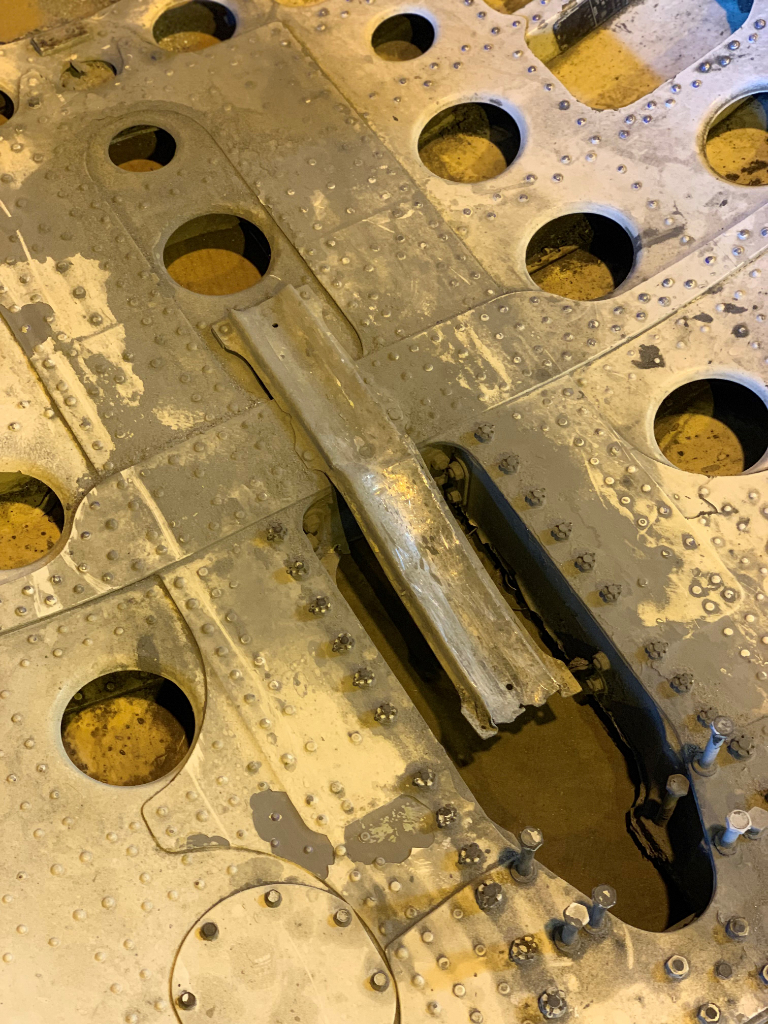 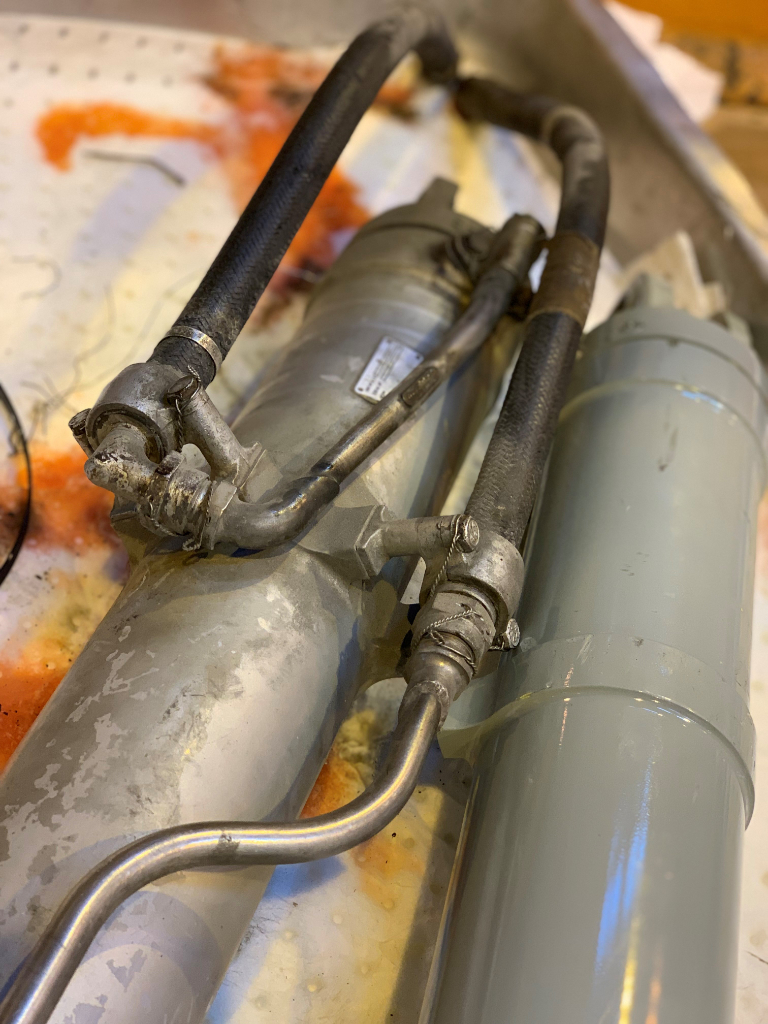 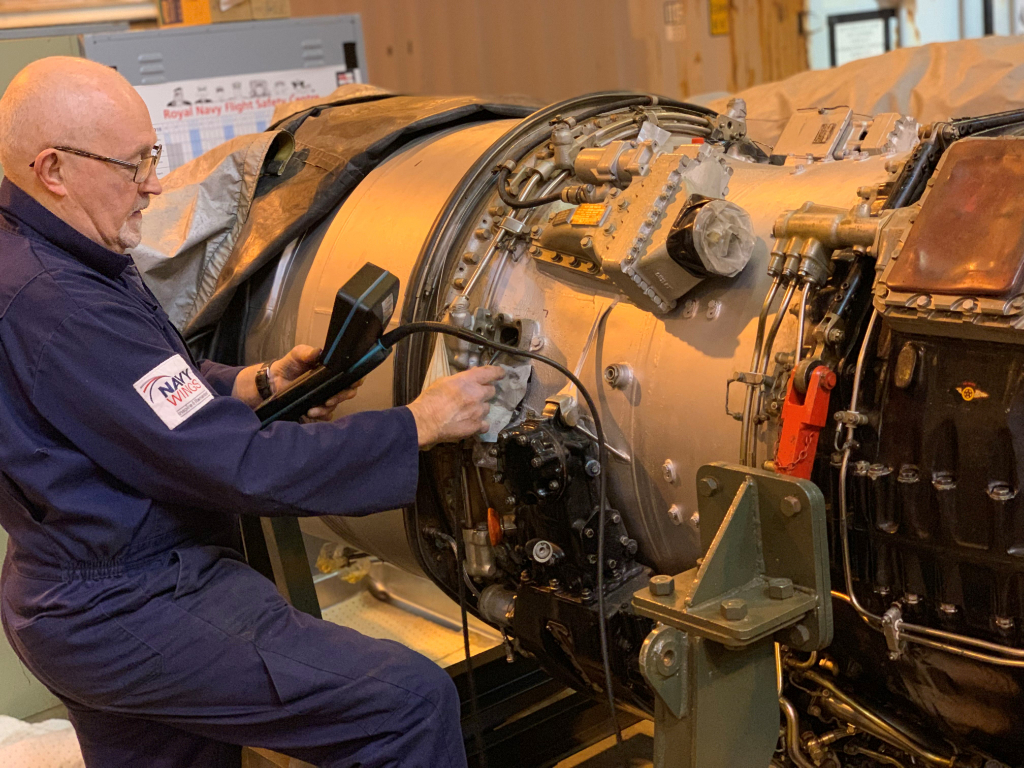 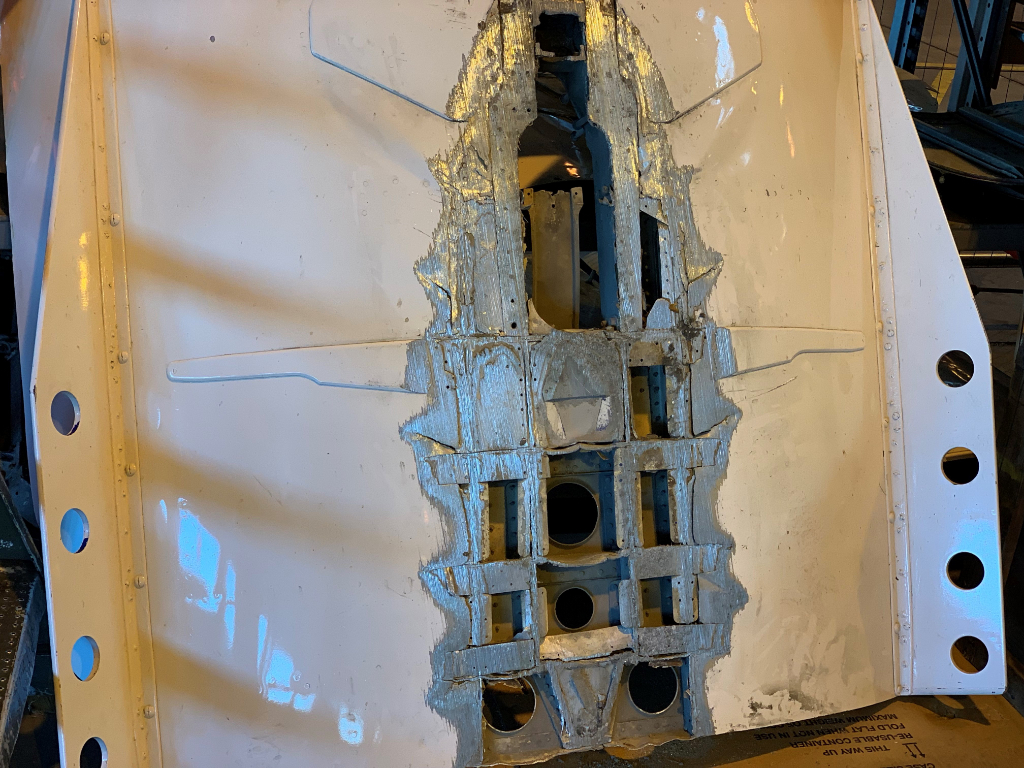 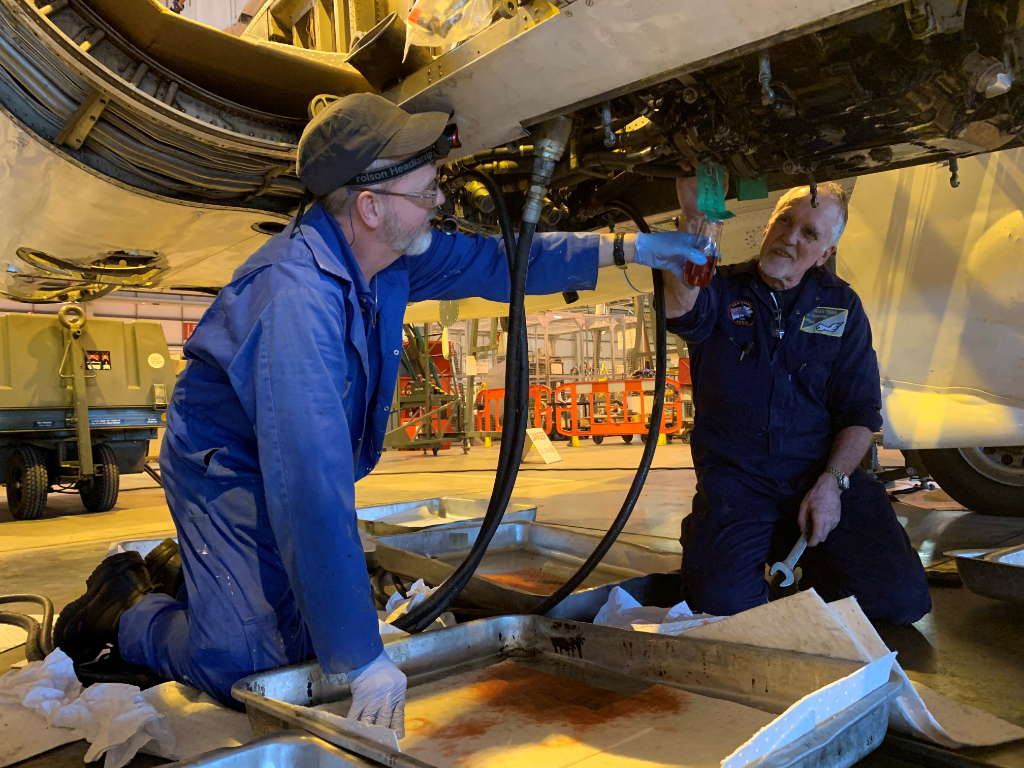 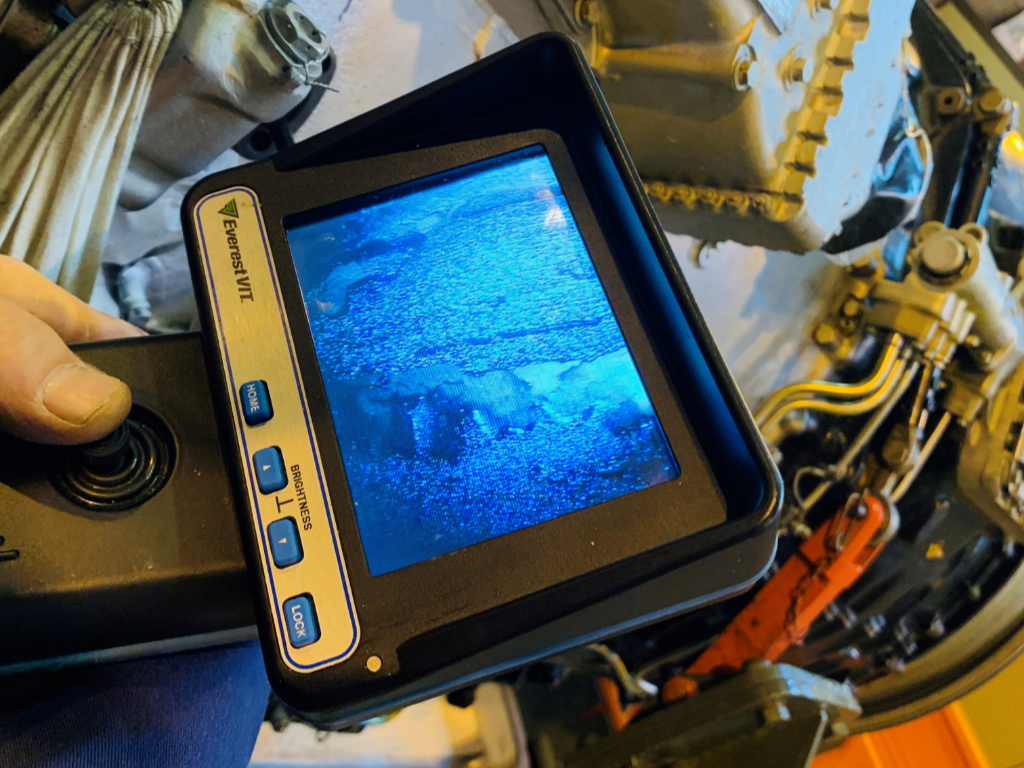 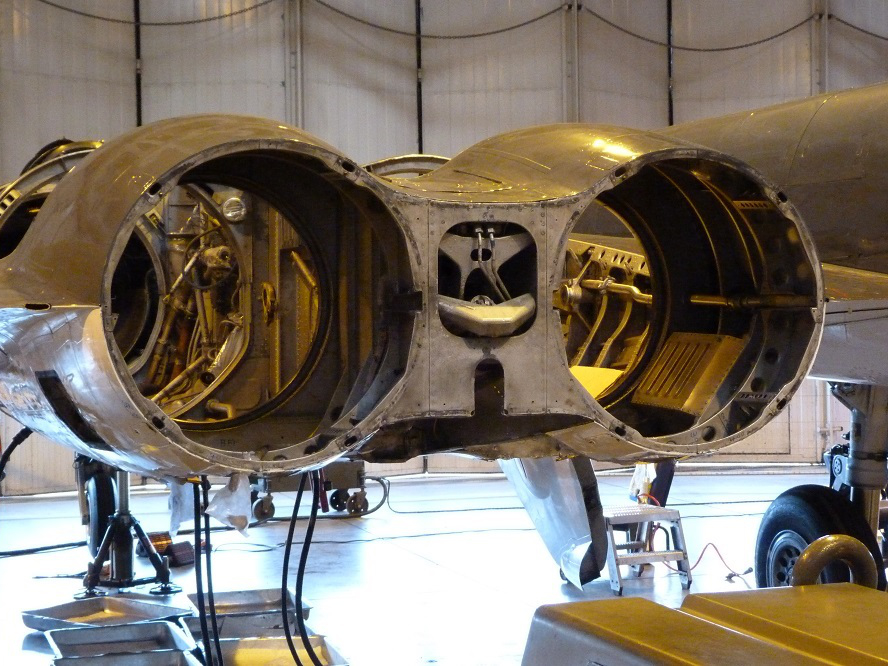 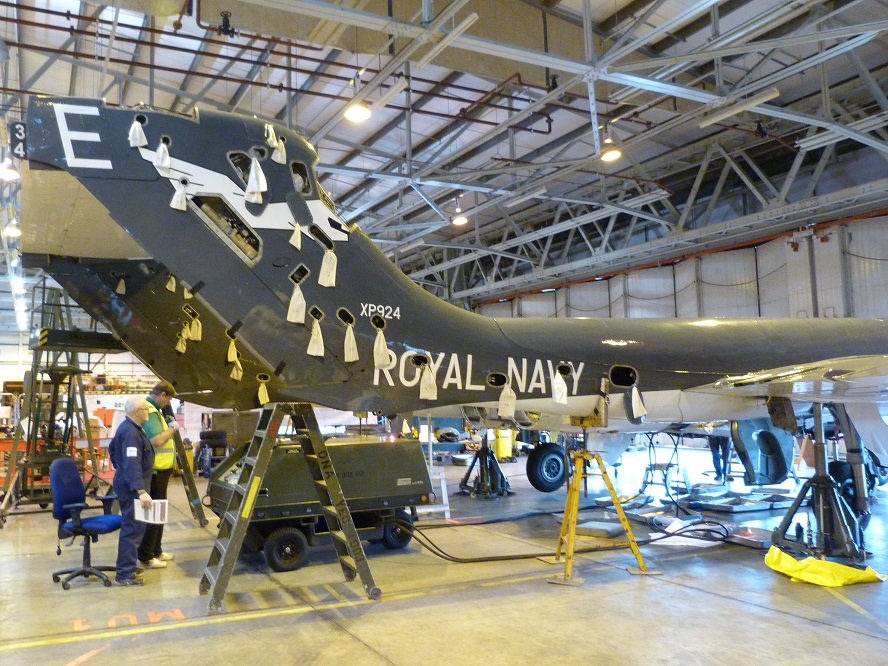