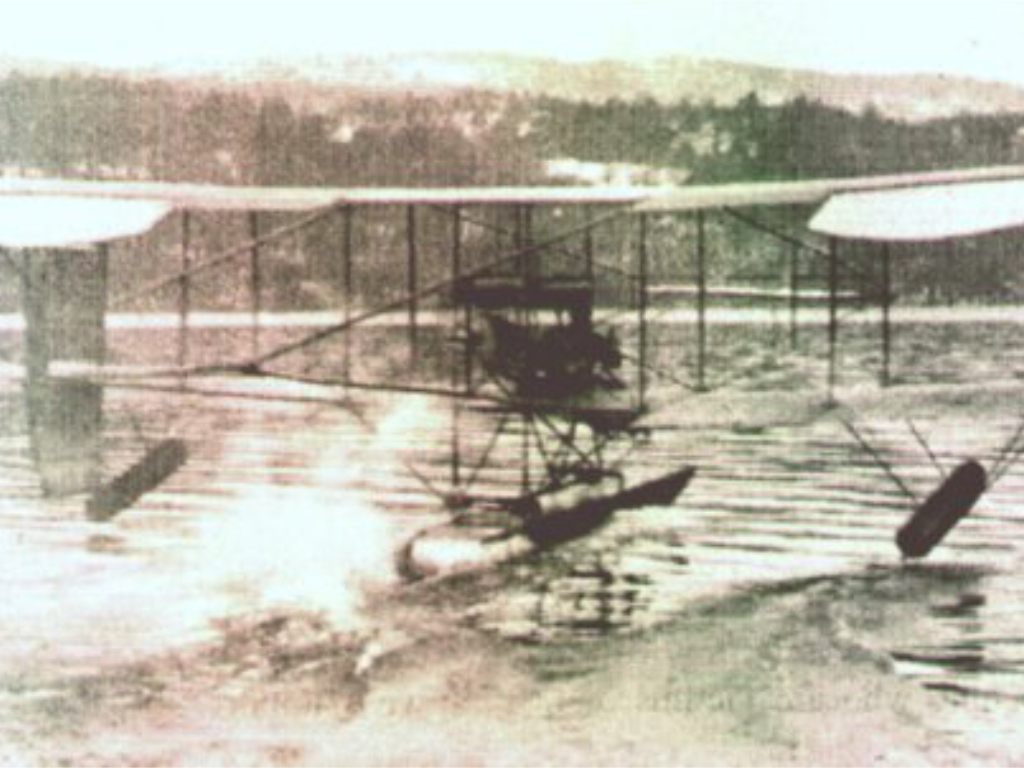 Navy Wings associate aircraft, Waterbird, is set to make history as she undertakes water trials at the National Water Sports Centre, Nottingham, bringing her another step closer to her Permit to Fly.

Waterbird was the first aircraft in the UK to make a successful flight from water when she took off and landed on Lake Windermere on 25 November 1911. The fully working replica of the pre WWI floatplane, built at Wickenby Aerodrome near Lincoln, has so far achieved land-based hops reaching an altitude of ten feet. This week’s trials will provide a controlled environment in which to test her ability to take off and land on water before flying from Windermere next year, on the 110th anniversary of Waterbird’s original flight.

The great significance of Waterbird and her contribution to the early naval aviation story was the pioneering and novel invention of her stepped float which was to lead to a new capability for the Royal Navy – the birth of the Seaplane. 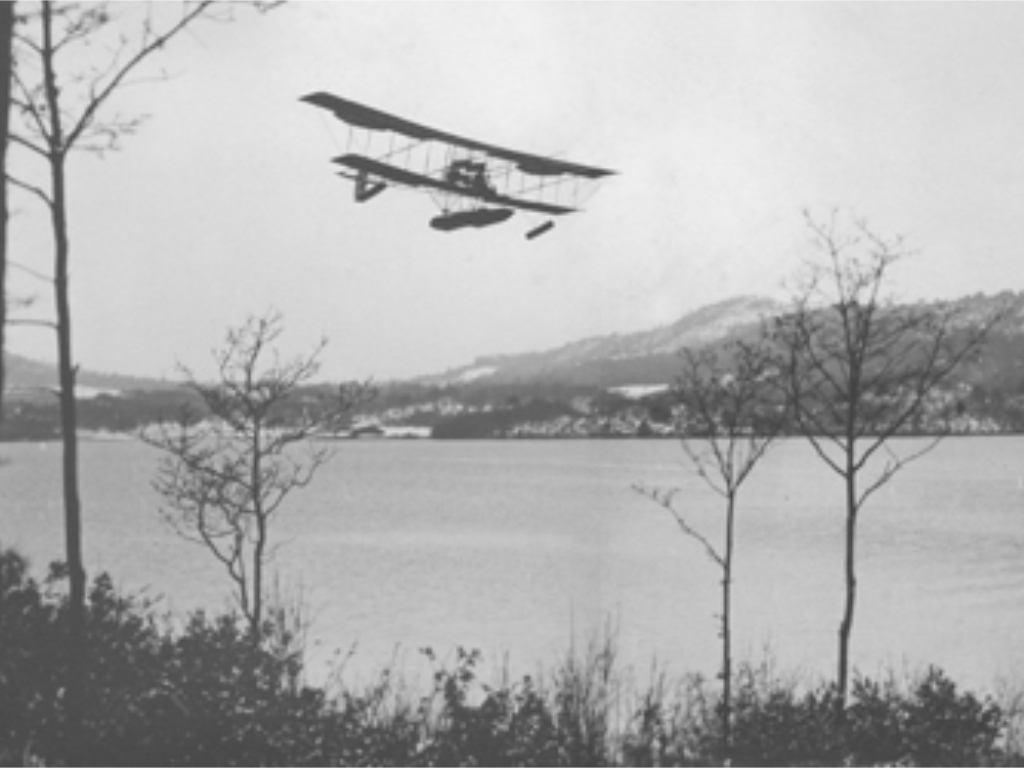 The invention of the stepped float, the surface tension breaking concept which enabled the aircraft to fly from and land safely on water, was the result of considerable experimentation by the pioneering owner of Waterbird, Captain Edward Wakefield.

Waterbird’s first flight with the stepped float was a great success. She flew for five miles along the lake at 300 feet before pilot and plane alighted safely and Edward Wakefield’s inspirational ingenuity made aviation history.

He patented the stepped float in December 1911 and the following year signed a contract with the Admiralty to supply and fit hydro-aeroplane floats and undercarriages to Royal Navy aircraft. It was Churchill who coined the term ‘seaplane’ and seeing the future utility of naval aviation he took great personal interest in the development of the new capability.

The Hill of Oaks flying school, the first in the UK for the new seaplanes, became a Royal Naval Air Station during 1916-17. Large numbers of probationary Sub Lieutenants RN trained at Windermere and on 20 May 1917 two Windermere graduates were officially credited with the first aerial sinking of a U-boat.

We wish Waterbird every success with her water trials.

Find out more about our associate aircraft here