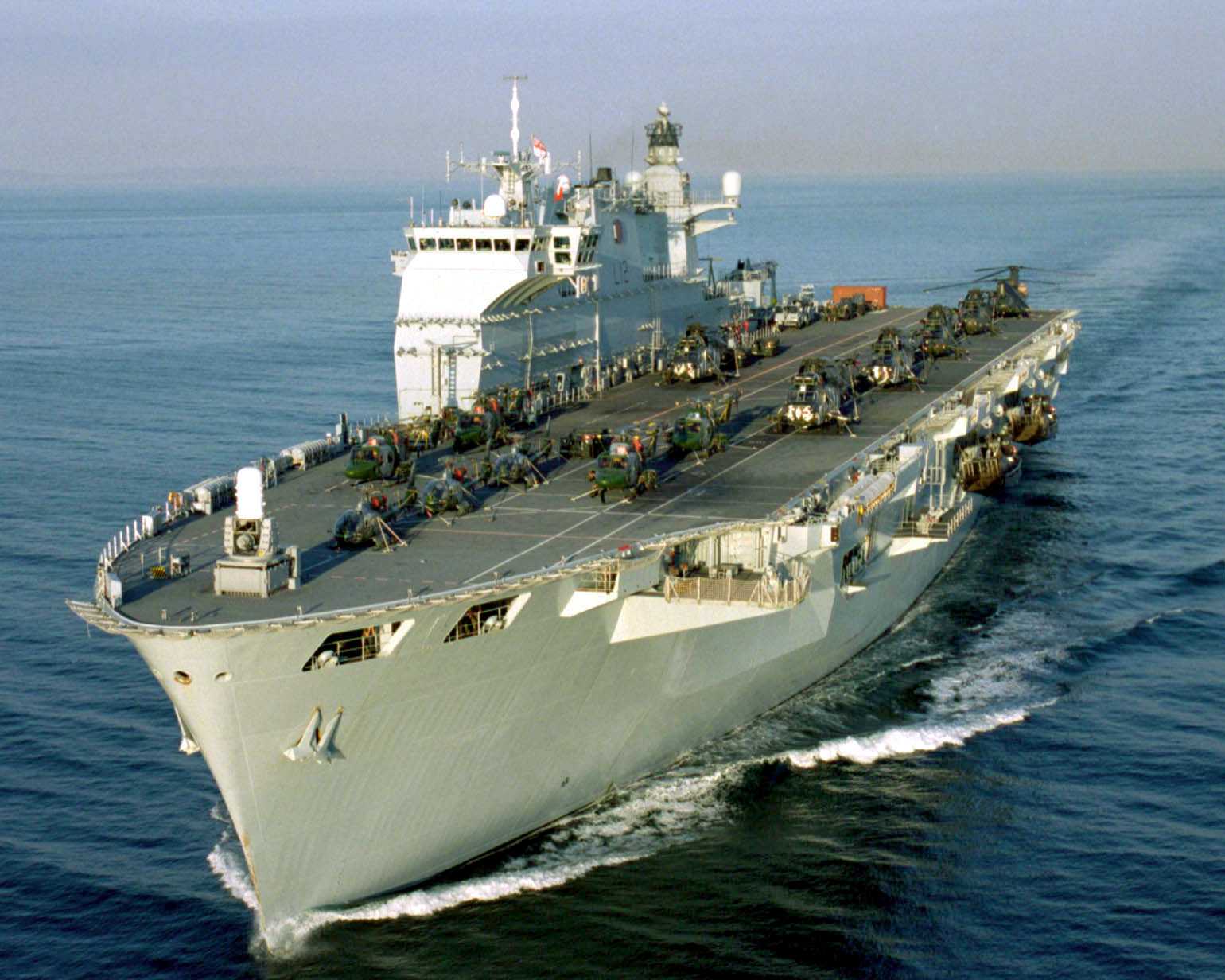 ‘Having undertaken front line tours with the Commando Helicopter and Sea Harrier forces during my formative career years as an RN Air Engineer Officer, I was honoured to be appointed as the CSO Air (Engineering) to FOMA, COMNA and CINC Fleet in the early ‘noughties’. Having been a landlubber for a few years dealing with EH101 Merlin acquisition it was a great pleasure to have the occasional opportunity to visit aviation-capable ships doing their operational business. These visits were an opportunity for me to see air engineers at work in the environment for which they had been prepared, and to take direct feedback on what were the current AE issues on the front line.

Getting to and from the ships was always an interesting evolution (like the time when as a team of 4 we looked down from our COMOAIR transport to see HMS Illustrious still at sea when we should have been joining her alongside in Bahrain, and then learned that our bags had taken an extended stopover in Dubai – the Naval Attache ended up with some pretty smelly overnight visitors!). My most memorable ‘getting to the ship’ experience was a trip I made to visit HMS OCEAN during a NATO exercise off Turkey. As an aviation capable ship with no permanently allocated air group, OCEAN only had a very small permanent Air Engineering Department, so on this visit it was just me, no accompanying staff.

The flight from LHR to Istanbul was uneventful, I was probably pretty identifiable as a Brit serviceman in my navy Blazer, beige slacks, zig-zag FAA tie and brown brogues, with a small cabin bag containing a few uniform items and my papers. They clearly knew I was coming – even before I transited immigration an announcement asking me to report to the information desk was broadcast on the airport PA system. Eventually finding the desk, instead of meeting the expected member of ship staff there, I was pointed to a swarthy guy who gave me his mobile phone and asked me as best he could to speak to the person on the other end. With a heavy Turkish accent the caller introduced himself as the ship’s agent, apologised for a change of plan and directed me to go with the mobile phone guy who would take me to a location from where I would be taken to the ship. Taking them on trust (because there wasn’t much other option) I committed.

My driver should have tested for Formula 1, there followed a scary high-speed zig zag through the traffic of the Istanbul ring roads, followed by a dash through the increasingly sparsely populated Turkish countryside. After what seemed like an age, just as dusk was falling, we seemed to be in a semi-desert, but the road was blocked. Out from behind a bush popped a Turkish military sentry in full camouflage. My driver seemed to have a magic piece of paper, which he used more than once, and camo-sentry let us proceed into what was probably the extended exercise area. Eventually, in the dark, we arrived on the coast, in what looked like a holiday camp with tumbleweed blowing through it. My driver somehow found an exercise control post hidden in a camp office, but the message was not as he had expected – he now had to take me further into the wilderness as there were no helicopters available to land at the LZ nearby, and I would be picked up from a beach over the next hill. So, we bumped up the hill on a cart track and eventually reached the crest.
There was a magnificent sight in the bay before us – a moonlit fleet of multi-national naval vessels in the strait between the mainland and some islands, helicopters all around and clearly a significant exercise phase going on. We dropped down to the edge of the shingle beach and there, with a single small light was an RM command post dug in. In my Blazer, slacks, zig-zag tie and brogues I felt a little out of the rig of the day, but again they seemed to be expecting me, so signing a chit for the driver to say I had arrived safely, I put myself in the capable hands of the full combat and camo beachhead marines. They radioed the ship and confirmed that the seaboat had been detached to pick me up. Down to the shingle beach and the sea boat was hailed and was coming in – chug chug, crunch – the slope of the shingle was the challenge. There was the seaboat – here was the beach, the Marine and me – in between 8 feet or so of gradually deepening sea. ‘ Sorry Sir – shoes and socks off I’m afraid!’. So off came the brogues and socks and the beige slacks were rolled up for my paddle to the seaboat.

The next 15 minutes were the one time in my career as an AEO when I had a glimpse of how perhaps James Bond might travel – in my Blazer, beige slacks, brogues and zig-zag tie – dashing over a gently undulating sea in an open, high speed, ship’s boat on a clear moonlit night, surrounded by a significant naval fleet and with military helicopters purposefully taking troops ashore overhead – I am sure you get the picture!?

My dreaming was brought to an abrupt halt as we arrived beneath the davits atop OCEAN’s flat side. ‘We’re going to be hoisted in the boat, so put this on please Sir’, so it was that I arrived at the boat deck, to be welcomed by the very smart Ship’s Commander and the equally smart AEO (Lt Cdr Ian Plant) wearing my navy Blazer, beige slacks (with slightly damp bottoms), brown brogues and particularly fetching blue hard hat. ‘Welcome aboard sir – had a good trip?’ Of course – no problem. – (007 eat your heart out!)’