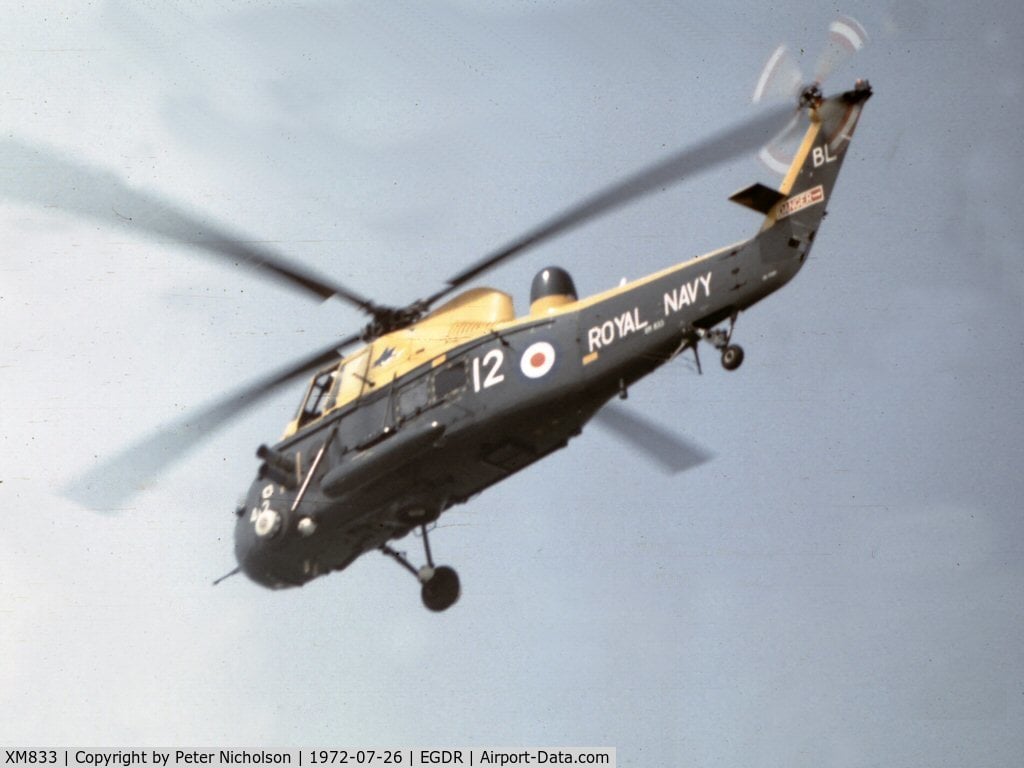 820 Wessex HAS3 helo disembarked from HMS Blake to Lee-on-Solent and tasked to perform a display on late August Bank Holiday Navy Days in Portsmouth dockyard for assembled throngs of spectators lining up along South Railway Jetty. Aim was to do a low fly by and kick out a goon suited dummy and come around again to rescue said dummy. I was operating the winch and Bob Burrows was going to effect a double lift bringing chummy up into the aircraft.
First stage done and, coming down into a nice steady 20 foot hover, I lowered Bob towards our casualty.

All of a sudden the winch stopped working and, on looking around towards the cabin, I spotted a small hole in the sonar hydraulics which was spurting fluid everywhere. Not only was I covered in this mess and slipping about the cabin floor, an atomised stream was filtering up between Robin’s legs and being blown out of the cockpit windows.

Rob made a ‘pan’ call and asked for the nearest safe landing. We were directed to land on RFA Lyness berthed alongside some 400 yards away. Rob asked if I was ready and if we clear to move slowly right. I replied in the affirmative and we began to move a little.

“Stop” I cried looking down and saw Bob, 5 feet above the water, waving an angry fist. I waved back and cut the cable!

The duty SAR was called to pick up Bob and we landed safely aboard the RFA. Shut down, secured the cab and the next problem was how to get back to Mother berthed some fair distance away up at Fountain Lake Jetty. With no transport available “We’ll have to leg it” said Bob.

Off we set, flying overalls saturated with hydraulic fluid, on the long trek negotiating thousands of Navy Days visitors to reach home. We must have signed hundreds of autographs on the way. Happy Days!