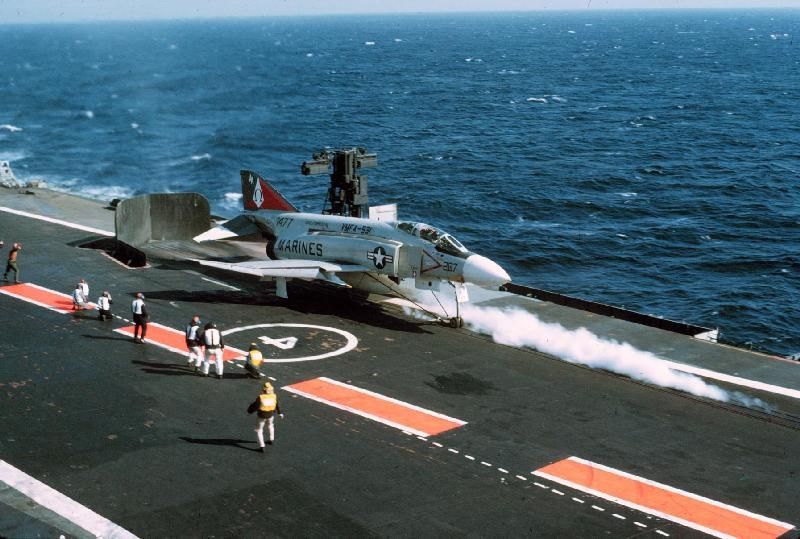 A few weeks ago, the Navy Wings Newsletter featured a picture of one of 892 Sqn’s aircraft that, whilst deployed ashore at NAS Oceana, Virginia, USA in 1978, was given a ‘special’ paint job by host US Navy Phantom F-4J sqn VF-171. The result was an 892 Sqn Phantom in ‘Colonial Navy’ markings. As mentioned, 892 had sometimes done the same to visiting aircraft themselves.

Here’s one example of 892’s artwork. This was a US Marine Corps F-4B Phantom (side number 207) of VMFA (Marine Fighter Attack Squadron) 531 ‘Grey Ghosts’ which was part of Carrier Air Wing 17 (tail code ‘AA’) aboard the USS Forrestal (CVA-59) on cruise in the Mediterranean from 22 September 1972 to 6 July 1973. During cross-deck aircraft operations between Forrestal and Ark Royal, 207 went U/S aboard the latter but couldn’t be rectified before she entered Valetta harbour, Malta, for a port visit. Because relations between Malta and the US were somewhat fraught at the time, 207 was struck down to the hangar deck to keep it out of sight. This provided a very tempting opportunity for 892 which, in time-honoured fashion, paid its ‘respects’ to VMFA-531 with its own special paint job. After Ark left Malta, 207 launched back to Forrestal, taking its new colour scheme with it. 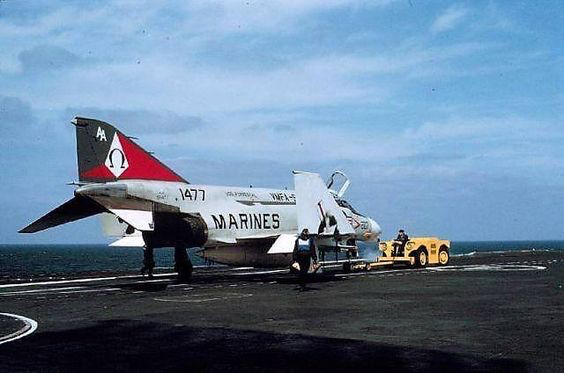