Attempting to Fly the Gazelle 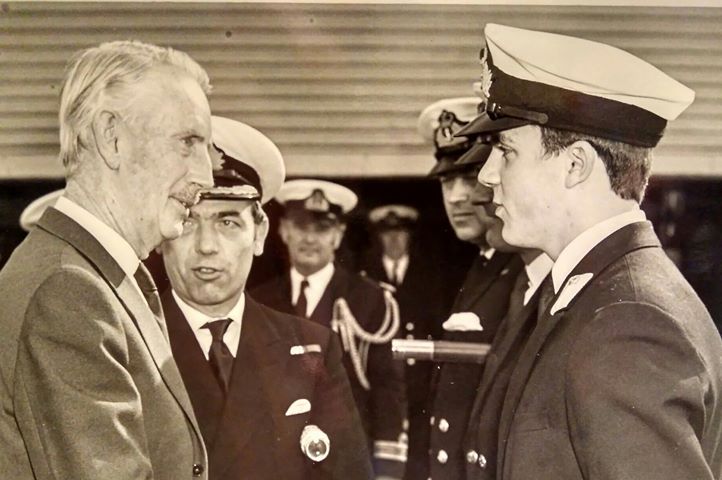 ‘This is a tale with a slight difference to many we’ve already enjoyed as I was only a student on 705 Sqn at Culdrose attempting to fly the Gazelle.

The lesson was D17 – Advanced Engine Off Landings, and it took place in January 1980. Unlike other airfield-based lessons which took place at Predannack this was carried out at Culdrose, for a reason that we are about to discover.

My beefer took me through the usual routine of see one, follow me through on one, do one and we’d got to the last phase. The power lever in the ceiling of the aircraft was moved to idle and the descent started perfectly happily. The timing of the flare in the EOL is key and I think this went moderately well, but having flared it’s vital to allow the aircraft to run on gently onto the grass. My exact actions are lost now, but I clearly snatched the controls at the end of the flare and the aircraft oscillated nose to tail several times and whilst doing so altered course by about 90 degrees.

The tower had seen all this and the crash button had been pressed so the fire trucks were moving well before my instructor confirmed that we had survived my attempt to maim us both. On return to the squadron it became clear that the frangible tail stop had been truly franged, but the only real damage was to my pride and confidence.

I flew another five training sorties before deciding that my career as a naval officer and aviator was over.

And what of the bold QFI? He was none other than Lt Nigel North who two years later was to be awarded the DSC for rescuing guardsmen from the bombed and burning RFA Sir Galahad at Bluff Cove.

I went on to gain a pair of wings after all. In May 1982 while many of my 705 coursemates were in the South Atlantic I was awarded a set of parachute wings at Brize Norton ten months after passing selection for 21 Special Air Service (Reserve) Regt.’