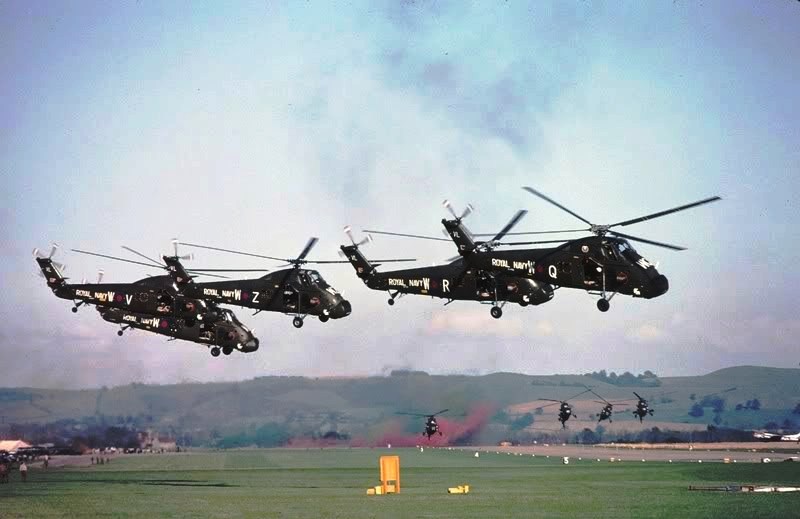 Between 1962 and 1966 Royal Navy Commando helicopter squadrons were sent to Borneo as part of the taskforce which supported the Malaysian government during the Indonesian confrontation.

845 squadron was equipped with Wessex Mk1 single engine helicopters and Whirlwind Mk7 piston engine aircraft.  Many of both these types were lost as they were quite underpowered for the troop lifting role at the altitude which they were operating at near the Sarawak border (3,500 feet).  845 was replaced in about 1964 by 848 squadron which was equipped with the vastly superior twin engined Wessex HU Mk5.

Embarked, respectively, in HMS BULWARK and HMS ALBION light fleet carriers both squadrons were disembarked to Sibu and forward airbase Nanga-Gaat and later Bario.  The squadrons’ role was to support the soldiers fighting in the jungle and earned the aircrew the name ‘Junglies’ 16 of whom were killed during the action.  As far as I recall these fatalities were all from 845 squadron with the single engined aircraft.

Operating in the jungle was a fairly relaxing affair as no flying could take place until after about 10.00 when the mist cleared from the jungle canopy.  As far as living conditions were concerned evening and off duty attire consisted mainly of a sarong and flip-flops and many a happy evening was spent with the local Iban people in their longhouses experiencing Tuak rice wine.  The Ibans are quite big on tattoos some spreading from throat to chest: although some of my colleagues came away with the blue-black tattoos none went for the throat bit!  The Ibans were river fishermen and some of our armourers introduced them to fishing with plastic explosive!

We were quite a young squadron and, as a 19-year old aircrewman, I remember being approached by a Squadron Leader who asked for the name of my pilot and when I replied it was Midshipman Savage (also 19) he wouldn’t believe me!  We often dropped patrols over the Indonesian border and later collecting them with prisoners bought back for interrogation.  Although I wasn’t involved on one occasion group of prisoners was reduced in number by one who ‘fell’ out of the cabin door.  Apparently the rest couldn’t talk quickly enough after that.

The conflict that focused on the future of Brunei and North Borneo ended in victory for Malaysia in 1966. 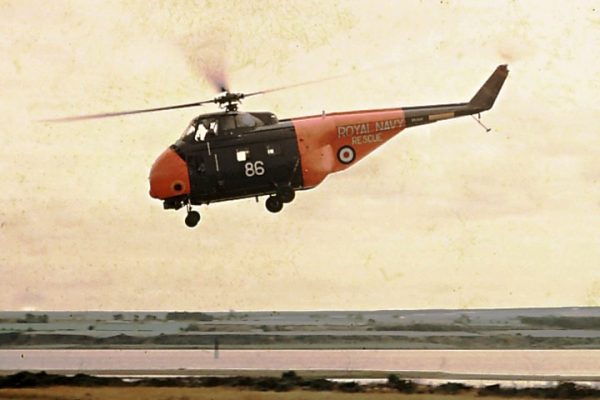 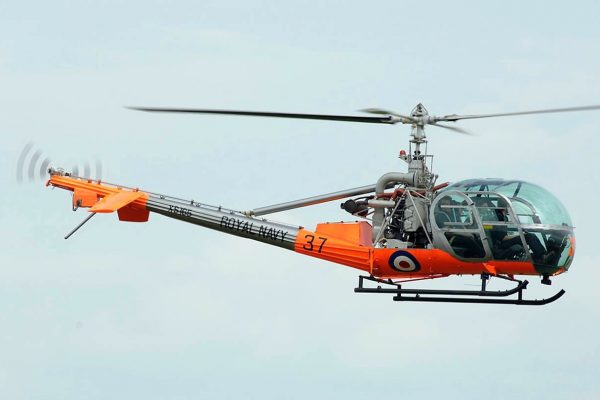