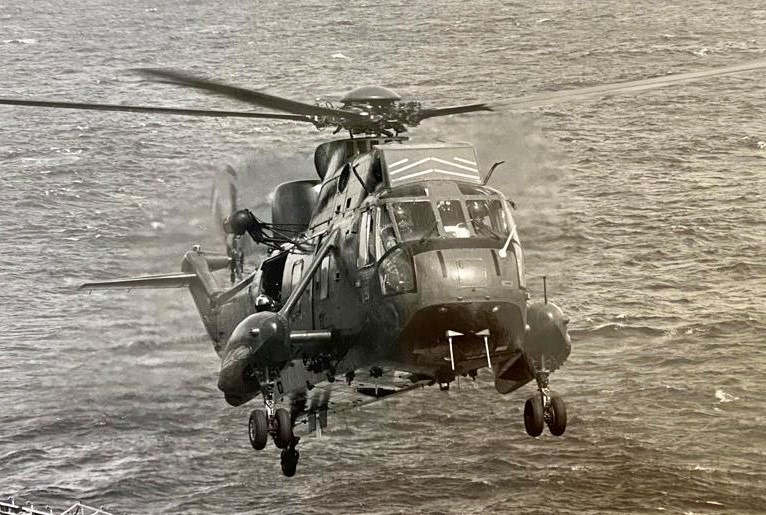 ‘During my 810 NAS Operational Flying Training I was flying one day with Rob Strang as my instructor. We we doing active anti-submarine training and were in the dip at 40ft in a Sea King. Procedure stated that before you dropped a torpedo you would yaw the aircraft ten or twenty degrees towards the opposite side from the torpedo just prior to launch; I forget why.

As usual, Rob and I had been disagreeing about something and I was pleased when he announced “You’re right”. “Thanks”, I replied. “No, you’re right”, he replied. “I know”, I responded. Kicking the right tail rotor pedal he shouted in exasperation “YAW RIGHT”, probably followed by some derogatory expletive. I have no idea who was actually ‘correct’ but it was rather overshadowed by my having not been paying enough attention to what was going on. Much hilarity was had in the debrief. Not. I scraped through 810; Heaven only knows how.’