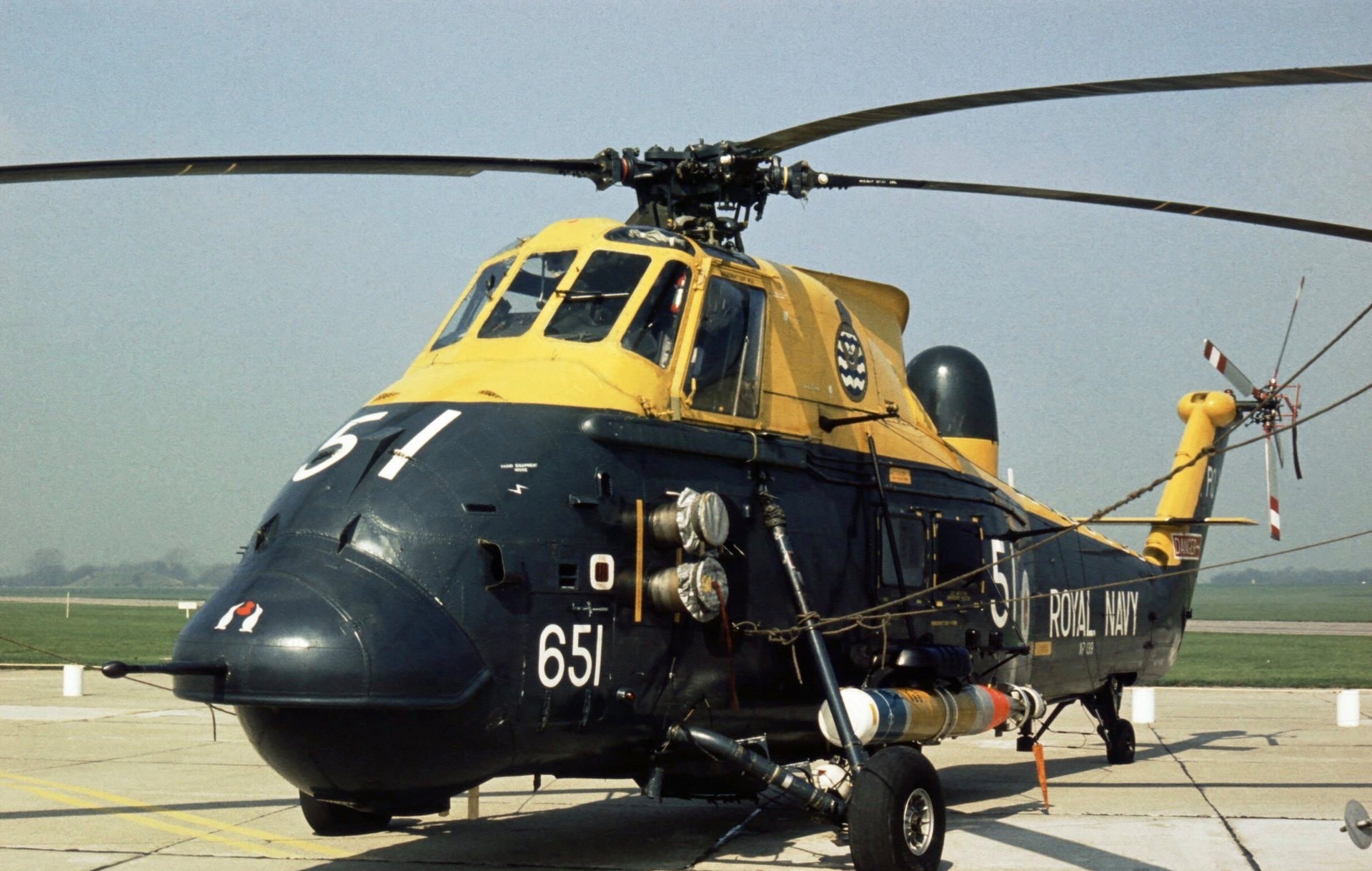 ‘In 1972 I was a staff pilot on 737 NAS at Portland which trained Anti-Submarine aircrew on the venerable Wessex Mk 3. On 4th May that year I was scheduled to fly a continuation training flight in Wessex III, XP139, with Lt Ian Stanley exercising our instrument flying skills.

During the sortie I was the pilot flying with blue goggles behind amber screens fixed to the windscreen. This arrangement gave no outside view to the pilot on the controls but afforded the safety pilot a reasonable view outside. Ian was giving me various manoeuvres to perform to test my ability to fly accurately on instruments. Inevitably we came to that moment in the exercise when Ian loudly announced “practice engine failure – GO!” and closed the twist grip throttle. I immediately lowered the collective lever and rather exuberantly flared the aircraft to retain rotor RPM and reduce IAS to autorotation speed. There was a sudden silence as the engine wound down to a complete stop. Ian shouted “I have control” and asked me to put out a Mayday call. I quickly took off my IF goggles to see where we were and transmitted a distress call announcing our engine failure and our position as 2 nautical miles south of Dorchester. I then joined in looking for a suitable field for an emergency landing and carried out the forced landing drills.

We identified a good looking field and Ian excellently manoeuvred into wind and lined up with the field. He executed an immaculate engine-off landing and after completing the shut-down drills we disembarked to find out where we were. The farmer who owned the field joined us almost immediately and we went to his house for refreshments and to use his phone to report our situation to base.

Very shortly the duty SAR Wessex I from Portland joined our Wessex 3 in the field and after taking our leave of the farmer we were flown back to Portland leaving XP139 to be collected by MARTSU to return our aircraft to base. It turned out subsequently that the aircraft had been washed shortly before our flight and the drain holes in the nose door had become blocked trapping a quantity of water in the nose door just ahead of the gas turbine engine. My exuberant flare in flight had sloshed all this water into the engine which had put the flame out.

Both pilots and XP139 were flying again very soon after this excitement’.