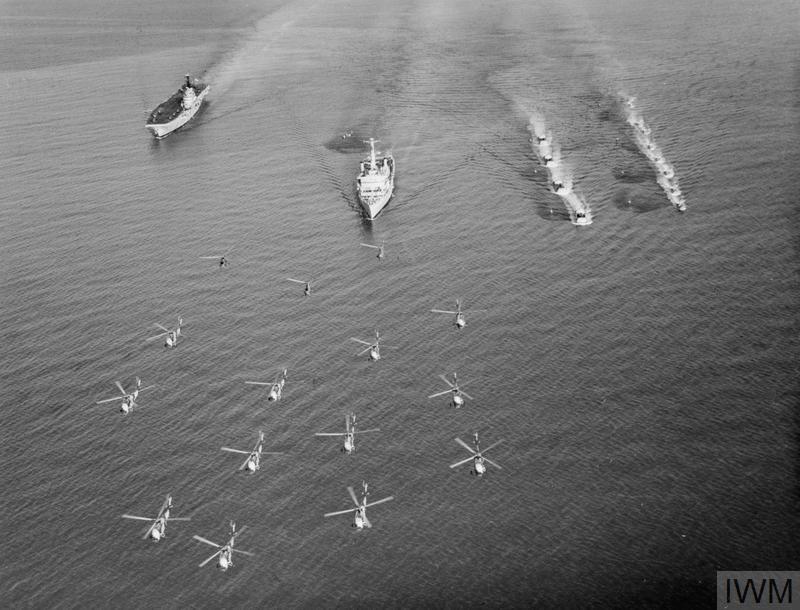 This  dit takes place in Hong Kong in 1967 when HMS BULWARK Cdo Carrier was exercising with Royal Marines and Gurkhas.

‘Visiting ‘helos’ going into New Territories had to be led by a local Army Scout so 9 Wessex 5s loaded with RMs took off and headed west, soon off our radar. Approaching what was thought to be LZ, they came down to 20 feet from the ground when SP Barry Hartwell realised that Tai Mo Shan was to Port not Starboard so the Scout had led them into Red China!  Just before the first booties jumped out he shouted “UP” and they all lifted off.

As SCO I heard this in the Ops Room and went up to the Bridge to report. Then I remembered that we had a Daily Express reporter on board.  He liked ‘Liquid Lunches’ with Cdr (L) so I picked up the phone to the wardroom: “Cdr (L) Sir from the Captain keep him drinking in the wardroom until we let you know.  Will explain later” Captain Dickie Law (I commanded 5 FAA Sqns): “Did I tell you to say that boy?”, “No Sir but I knew you were going to”.

Six weeks later London received a complaint from Peking that we had crossed their border. By then the reporter was back in London and got a rocket from his Editor for not reporting the incident!’