Floatplane on a Carrier 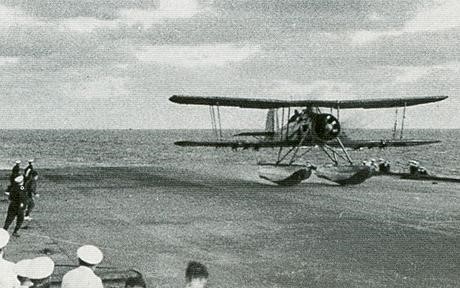 As you will become aware – not least because of the timescale! – I was not involved in the incident described below – but it makes an awfully good story so I hope you can use it!

Many fixed-wing types have landed on carriers, including those not designed to do so.  Lieutenant Commander Ben Breese RN (who passed away in 2009, aged 94) was the only pilot known to have landed a floatplane on a carrier without wheels or arrester hook.  Piccys of Lt Cdr Breese plus one of him performing the landing are copied below.  Here’s the story:

On July 3 1940 Breese was flying one of the battleship Valiant‘s two Fairey Swordfish during the daylong negotiations between the British and French fleets off Mers-el-Kebir (near Oran, Algeria). As Admiral James Somerville, commanding Force H which included the carrier Ark Royal, offered Admiral Marcel-Bruno Gensoul terms to prevent four French battleships from falling into German hands, Breese remained airborne in readiness to spot for Valiant‘s guns should the negotiations fail, which they did. 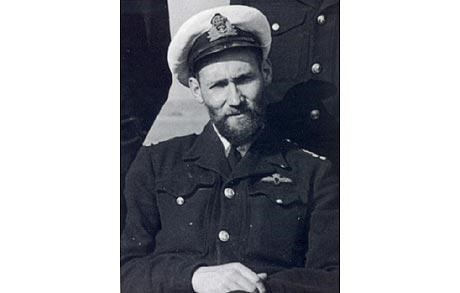 But when Somerville reluctantly opened fire to destroy most of the French fleet, the fast battleship Strasbourg escaped. Somerville gave chase, leaving Breese in the lurch.  His aircraft, nicknamed ‘Mitzi’, had been configured with floats to be launched by catapult from a battleship and to land on the sea; it would then be retrieved by a crane. Valiant, however, was not in a position to stop to recover the aircraft and ordered Breese to land on Ark Royal. As he made the descent his crew, Sub-Lieutenant Peter Starmer and Naval Airman Roy Tolley, loosened their straps in preparation for leaping overboard in anticipation of the Swordfish skidding over the side. But Breese made a near-perfect landing, going straight down the middle of the flight deck to stop dead after a few yards.

An airframe mechanic on board the carrier then bashed a dent out of one float with a mallet and declared the aircraft fit to fly. When Ark Royal arrived at Gibraltar a few days later Breese and ‘Mitzi’ were lowered to the water to taxi to Valiant, which recovered them by crane.