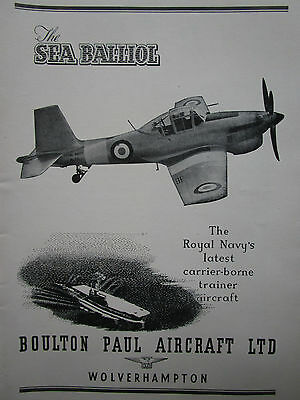 The first three weeks were spent at HMS Daedalus / RNAS Lee-on-Solent being kitted out and swiftly transferred to HMS Indefatigable at Devonport. An uneventful couple of months taught us how to be naval officers after which I was commissioned as a Midshipman and sent to HMS Siskin / RNAS Gosport as 43 RNVR Course to learn about flying (and “forget about seamanship”). An enjoyable three months, mainly because of the Development Units on the – grass – airfield. I flew in Dragonfly and Hiller helicopters and a Lincoln bomber. The latter was landed by touching down on the tarmac lane passing the landing-strip threshold before clearing the hedge to land on the grass with the wheels spinning, making braking more effective. When I first joined Siskin I couldn’t understand why there were tyre marks across the road!

From there we went to RAF Syerston for six months basic flying training on (piston) Provosts and then to RAF Valley for a further six months on Vampire T11’s and FB5’s for jet training. All fairly uneventful with “work hard, play hard” being the motto. Having successfully completed this and been presented with Wings by Rear Admiral Fisher, who was Captain of Indefatigable a year earlier and greeted us as “shipmates”, I was transferred to HMS Seahawk at RNAS Culdrose. The refamiliarisation course on Firefly T2’s and T7’s of 765 Squadron took two or three weeks of a glorious summer – which left plenty of time to enjoy local pubs, beauty spots and beaches out of the three-month posting – as well as taking trainee observers around the coast.

Not knowing what to do with us after 18 months of our 24 month National Service their Lordships decided we should be sent to our RNVR (weekend) squadrons. This took me to 1844 Squadron of the Midland Air Division at HMS Gamecock / RNAS Bramcote where I spent weekdays flying Fireflies AS 6’s around the countryside, including making a visit to Culdrose for lunch – which lasted three days because of engine trouble. Other trips involved taking groundcrew home on leave around the country. For a limited period there were also a Sea Balliol T21 and a Sea Fury T20 for flying once checked out. As the RNVR was short of jet-trained pilots I was offered a transfer to MAD’s jet squadron; I took up the offer and joined 1833 Squadron flying Attackers. This meant flying from RAF Honiley as Bramcote was a grass airfield. Weekend flying involved “getting the hours in” so was frequently unorganised apart from some formation and instrument flying, live firing and rocketing practice.

Sadly all this came to a sudden end in 1957 when all RNVR flying was stopped. The MAD, along with all other RNVR Air Divisions, was disbanded although a few of us, still mobile, have an annual meeting to this day.