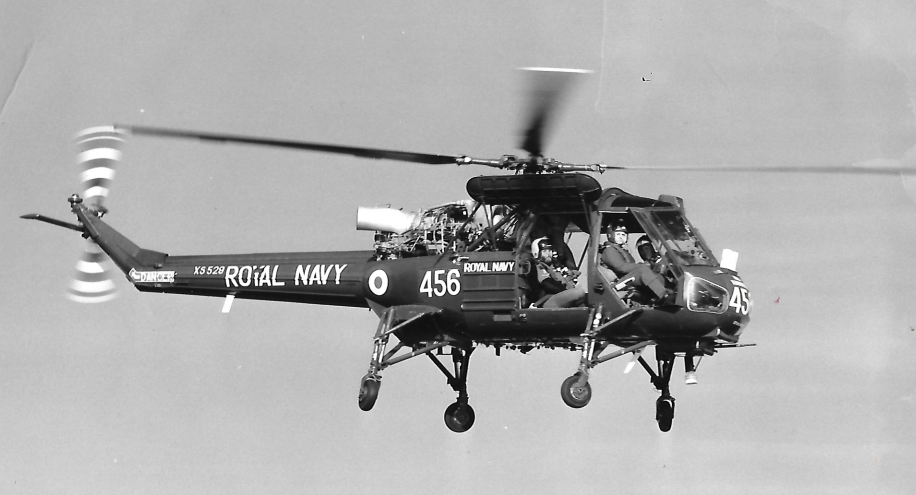 In December 1976, I was the Flight Commander of HMS Yarmouth, a Type 12 Frigate. We were at sea off the South West tip of the Peloponnese, Greece. On board the Yarmouth, we had Lance Corporal Barry Conkerton, a very pleasant soldier, “on loan” to the RN from the Kings Own Scottish Borderers (KOSB’s). Yep, I have no idea why either! Barry was an accomplished piper who often entertained the Ship’s Company whilst at sea. Looking for some light relief and an excuse to go flying, it was decided that we would attempt the, “Single engined helicopter world bagpipe playing record”.

We duly manned up the Wasp Helicopter with Barry, Petty Officer Aircrewman Cooke and me. We climbed the Helicopter to 5000 ft Pressure Altitude and Barry played a series of tunes including, “Blue Bonnets”, “Scotland the Brave” and “Zulu Warrior”. Even though I was listening through my “Bone Dome”, they all sounded very authentic to me.

On return to the Ship, I wrote to the Guinness Book Of Records to claim the record. Sadly, as explained by the attached letter, they declined the record but it was a bit of fun and team building as had by all. 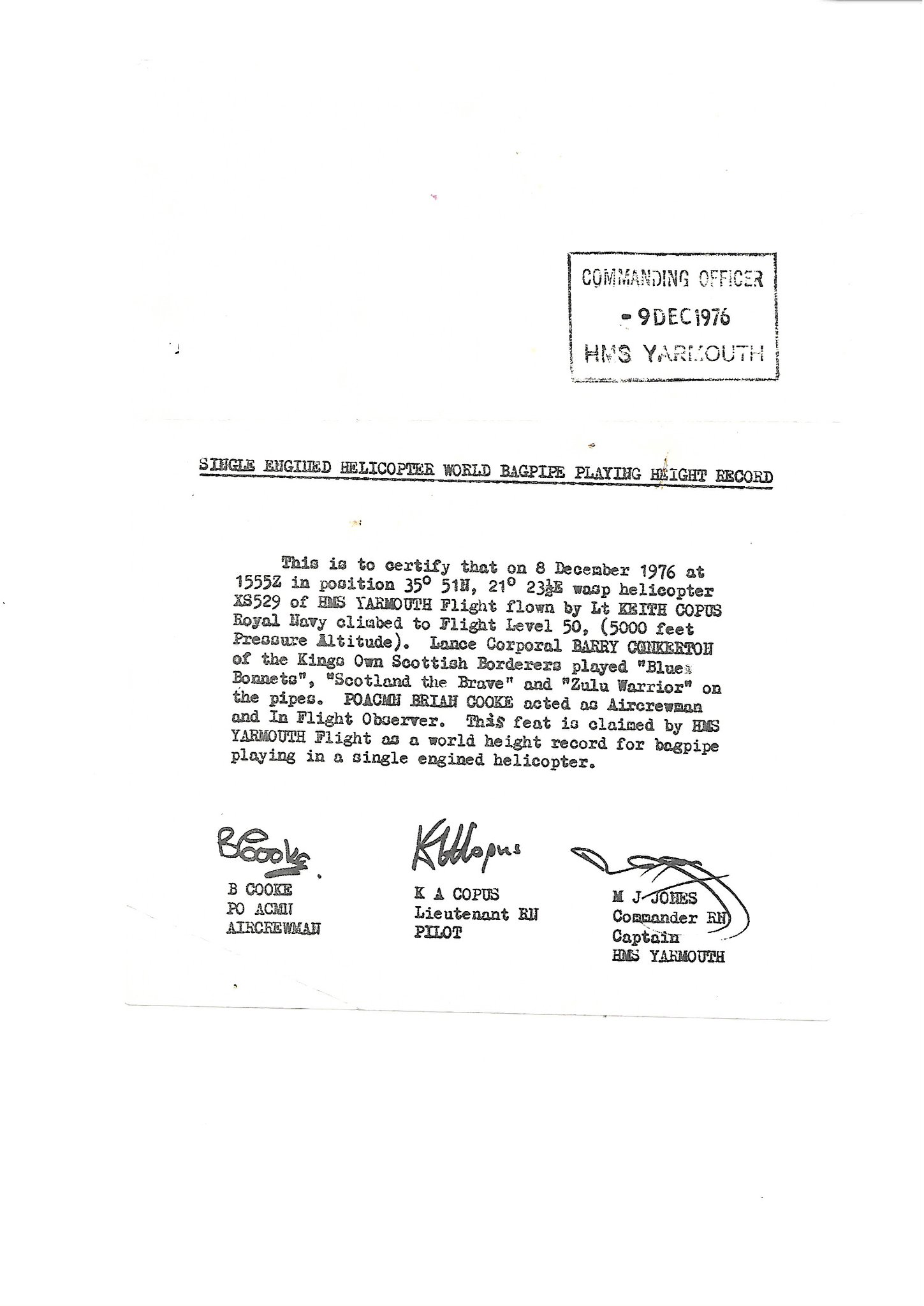 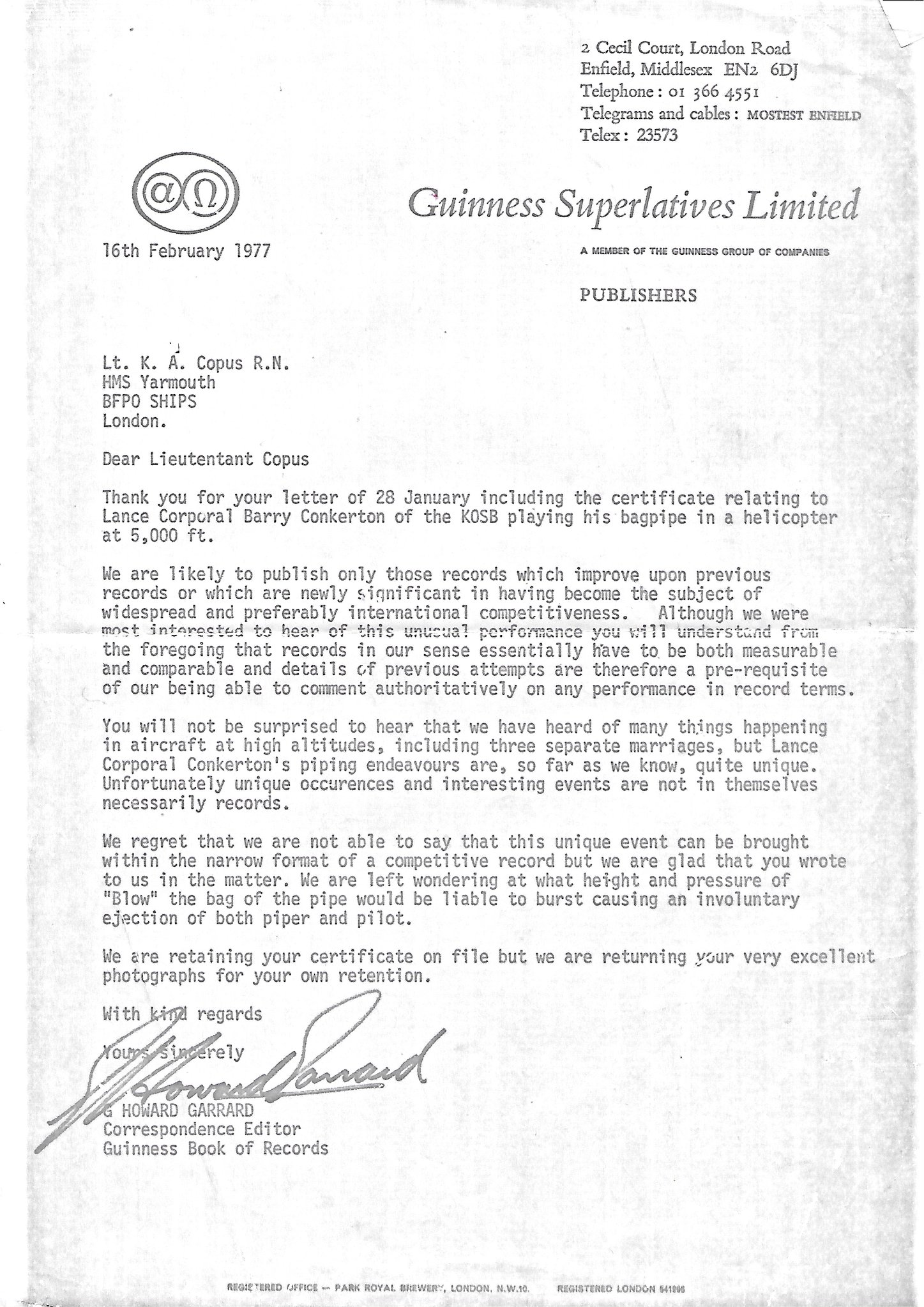