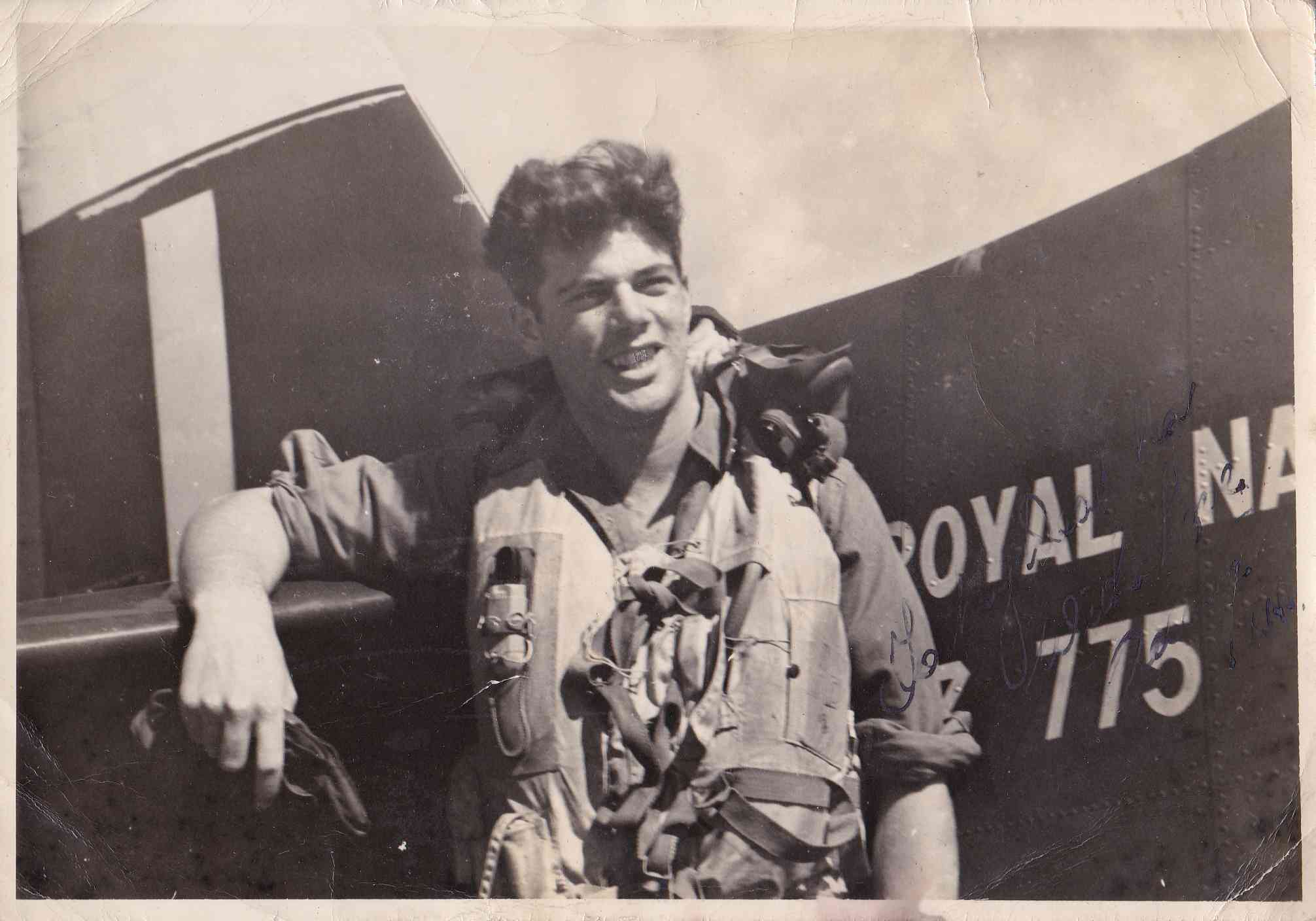 Adam’s son, a Navy Wings supporter, has sent a copy of the last pages of his late father’s log book of July and August 1945. The entry on 26 July refers to the kamikaze attack on HMS Ameer and the entry bottom right of 10 August 1945, highlights news of the Japanese surrender and a flight to RNAS Trincomalee on VJ Day! With the relief of hostilities finally at an end, the 60 aircraft Wing Balbo on 31 August 1945 must have been an impressive sight! If anyone has a photograph of it, we would love to see it!

Adam was typical of thousands of young men who left school at 18 and joined the RNVR. He qualified as a fighter pilot at RNAS Yeovilton flying Wildcats and later converted to the Hellcat, flying with 1840 Squadron in HMS Speaker. Naval flying is high risk with accidents and losses part of the hazardous nature of the job. In early 1945, Adam was injured in a flight deck accident. A Hellcat landed on, the arrestor wire snapped sending the wire snaking around, part of which caught him in the face breaking his jaw.

After a period of recuperation, he was back in the cockpit taking part in attacks on Sumatran airfields. With the high attrition rate of pilots, he reflected later that the flight deck incident quite possibly saved his life! 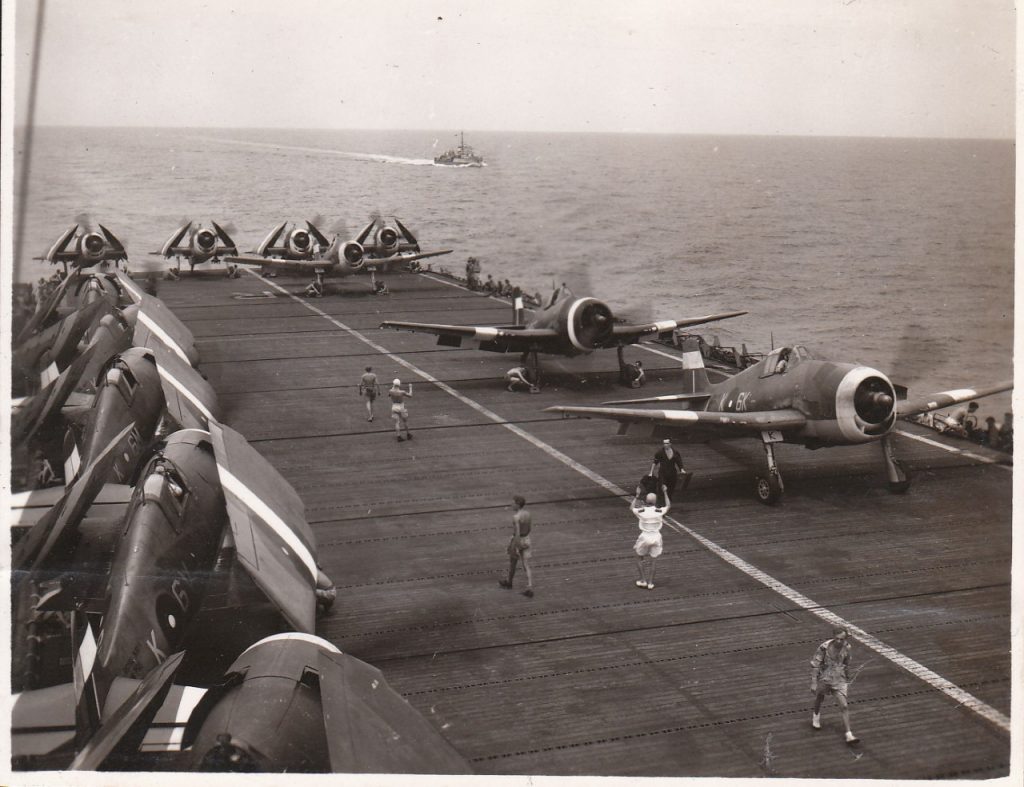 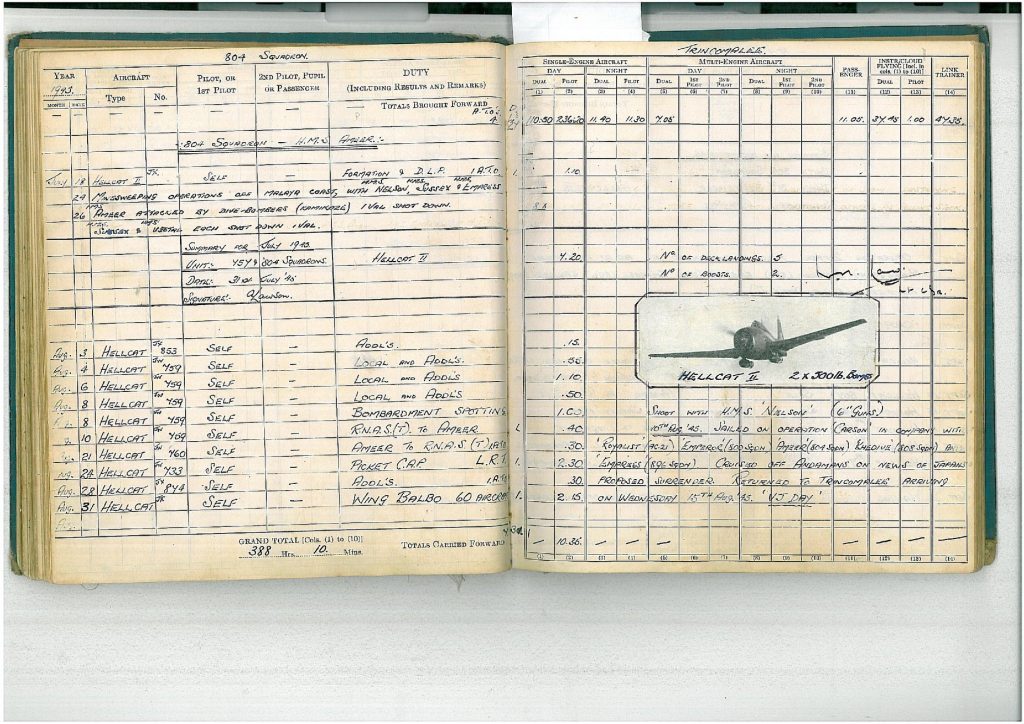