How I Shot Myself Down 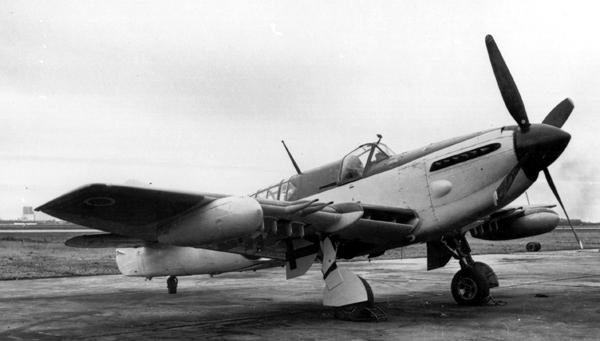 Malcolm Smith joined the Royal Navy as an Artificer Apprentice in 1956 and is the Editor of Jabberwock, the quarterly magazine of the Society of Friends of the Fleet Air Arm Museum (SOFFAAM) and has inherited the complete archive of editions dating back to the formation of the Society in 1979. In browsing through these, he realised that they provided a unique archive of reminiscence of the men and women who served in, or have been associated with, the Fleet Air Arm since its formation in 1924. His book: “Voices in Flight – the Fleet Air Arm” which can be purchased in our Flight Store, consists entirely of anecdotes from this archive.

‘In early February 1952 the twenty naval officers on No. 23 pilots course (Lieutenant Commander Godfrey Place VC, nine fleet-entry lieutenants, and ten short-service acting sub-lieutenants and midshipmen) were awarded their ‘wings’ at the end of a nine-months course at RAF Syerston (on the Fosse Way, some eight miles south-west of Newark-on-Trent). With each of us having a total flying time of around 180 hours, of which ninety were solo in Prentice I and Harvard 2b aircraft, we returned to the Navy for operational training.

Operational Flying School 1 was at RN Air Station Lossiemouth, on the southern shores of the Moray Firth, where we spent three months in 766 squadron converting to obsolescent naval aircraft (Firefly I and Seafire 17) and learning to fly the standard naval circuit height of 300 feet rather than the 1,000-feet circuit we had flown at Syerston. In May those of us destined for anti-submarine squadrons moved to OFS 2 in 737 Squadron at the Naval Air Anti-Submarine School at RNAS Eglinton (on Lough Foyle in Northern Ireland) where we converted to operational types, practised formation flying, rocketing and bombing and, in July 1952, made our first deck landings and catapult launches onboard HMS Triumph in the Irish Sea.

On one twenty-five minutes sortie I evidently completed six arrested landings! The final art we had to master was a rocket-assisted take-off (RATO). This technique was used at sea by aircraft of high take-off weight when the catapult could not be used and the length of deck available was insufficient for a free take-off due to the low relative wind speed over the deck.

On 22 July, with the cockpit hood open – as was standard practice – and with the RATO gear fitted to the fuselage – two rockets each side, aft of the cockpit – I taxied my Firefly 4 on to the runway and opened the engine to +9 lbs/sq in boost against the brakes. On a signal from the ‘Flight Deck Officer’, I let off the brakes, opened to full power and, after a few yards, when I had reached a naval airman with a flag, I depressed the firing button and the rocket motors fired. There was a tremendous acceleration, then an almighty bang, a ‘Brock’s benefit’ of illumination, smoke filled the cockpit and the engine stopped – as did the aircraft. I reckoned I must have over-boosted the engine and was in for a telling off from ‘Wings’ (Commander F. M. A. Torrens-Spence). The fire engine and ambulance raced towards me, and as the engine appeared to be on fire, I abandoned the aircraft. I then realised that the aircraft no longer had a propeller. It transpired that, after I fired the RATOG, the port rocket motor with its fittings broke away from the fuselage and, instead of propelling the aircraft, it accelerated forward and upwards, shooting down the propeller and its reduction gear and burning off the port side of my beard!

The aircraft was subsequently despatched to the naval repair yard. I shaved off the rest of my beard but grew it again in September when I joined my first front line squadron (821, Lieutenant Commander Nigel Gardner) in HMS Glory in the Mediterranean. We were en route to Korea and I now had a total of 360 hours flying (250 hours solo), twenty-one deck landings, and half a RATOG take-off in my flying log’.