Hunter on the Beach 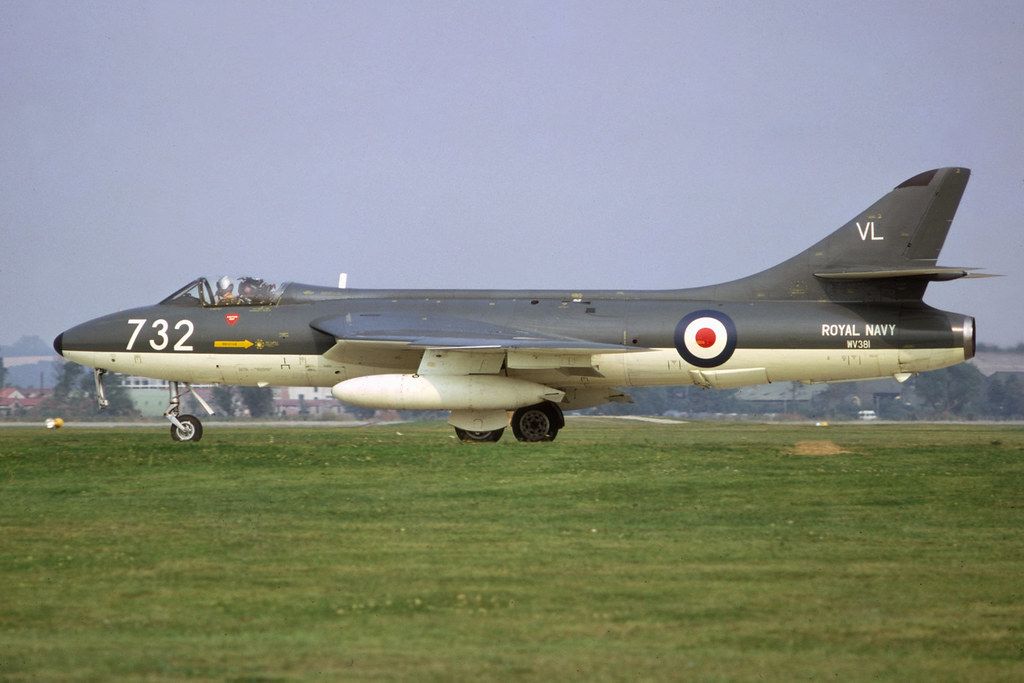 ‘Lee On Solent has a very short runway for a Hunter so I consulted the Performance Data Manual. There was a gentle offshore breeze so the natural take off direction would be to the north, but beyond the runway was a very built up residential area. The PDM told me that I could accept the tail wind so that’s what I elected to do. (One of my better decisions that day!) The graphs told me to expect 135 knots by the time I reached the Chain Arrester Gear. As I approached the CHAG I only had 110 knots on the ASI so dropped the hook and sat back to wait to be dragged to a stop.

The Hunter hook was gravity operated and it seems that it skipped over the wire, so now I was too slow to take off and too fast to stop. Time for a Martin Baker let down. The Mark 2 HAN seat was good for ejection at ground level with a minimum of 90 knots, so this was going to be tight, but preferable to going into the sea. As I pulled the handle my main thoughts were what would be the story for the Board of Enquiry. The going up bit was actually quite exhilarating, but the coming down bit was no fun as I felt the chute open a fraction of a second before hitting the runway.

I didn’t feel too bad so sent the first team to arrive in a Land Rover to go to see how much damage I’d done the other side of the hole in the fence. The aircraft had gone through a couple of beach huts before crossing the beach and into the sea but, mercifully it was off season and nobody was hurt. One man whose car was narrowly missed by the aircraft reported in a local paper that he would never crash those red lights again!

A pussers’ tilly took me to Haslar RN hospital. I was inspected by a doctor who asked if I was suffering from shock. No, I’m absolutely fine, I said. Perhaps you’d like to give me that, he said, indicating the ejection seat handle that I was still gripping with white knuckles.

I was in Haslar for 3 or 4 days with suspected back damage but that proved not to be the case so I was released and given a couple of weeks for severe bruising to reduce before getting back into the cockpit (somewhat gingerly).

The post accident investigation found that the whole sequence had been initiated because a sliver of swarf in the ASI gearing had caused the instrument to underread.’

Mike Sharp has been a Navy Wings supporter for several years and tells us that during his RN career he flew Jet Provosts and Hunters during training, two tours on HMS Ark Royal flying Buccaneers, separated by a second line tour flying Hunters on 764 and NFSF. It was during his time on NFSF at RNAS Yeovilton that he was flown in a Sea Heron down to Lee On Solent to pick up WV381 following its refit.