The Fleet Air Arm earned its place in history in the Pacific War. The only British aircraft to attack Japan were operated by the Royal Navy flying from the decks of aircraft carriers.

34 Naval Squadrons flying Avengers, Seafires, Corsairs, Hellcats, Fireflies and Barracudas were in action against the Japanese right up to the end of the war, including being kamikazed and winning a VC. 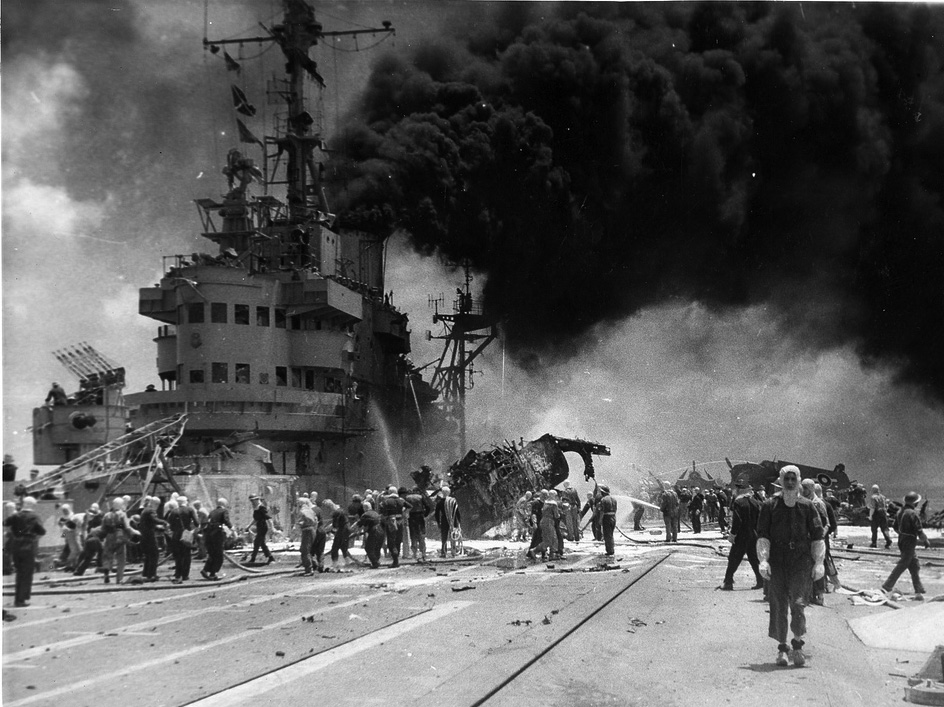 Minutes after the kamikaze attack on HMS Formidable engineers were filling the hole on the flight deck with quick drying cement and repairing the after barrier making her fully operational once more.

Kamikaze attacks took a heavy toll on the Fleet. The Royal Navy’s armoured deck carriers were much more resilient than the wooden decks of the American carriers. As a result, the British Pacific Fleet was tasked to take the fight to the enemy and do as much as possible to lessen the attacks by denying the Japanese use of their airfields, bases, and fuel supplies.

Sir Roy Beldam (97), who was an Observer flying Avengers with 848 Squadron in HMS Formidable, was on duty assisting the Air Operations Officer on the day HMS Formidable was attacked by kamikaze on 4 May 1945.

“I was thrown off my feet by the impact but very luckily not hurt” said Sir Roy. “Most of the other men in the ops room were seriously injured by flying glass. My Pilot, Don Jupp DSC, was caught taxiing forward in his aircraft on the flight deck and unfortunately, he died of his injuries two weeks later. Overall eight men were killed and forty-seven wounded in the attack but after the fires were extinguished, the hole in the flight deck – two feet deep – was filled with quick drying cement, covered with steel plate and the ship was able to remain with the Fleet and be back at flying stations a couple of hours later.”

Sir Roy and his pilot, Don Jupp were the two youngest members of 848 and had flown missions together over the heavily defended Sakishima Islands bombing airstrips to prevent Japanese aircraft from attacking American carriers. An outstanding pilot, Don was decorated with the DSC for his courageous actions following the torpedoing of HMS Nabob a year earlier. He was only 20 at the time. The quiet sadness of the death of a friend was keenly felt. 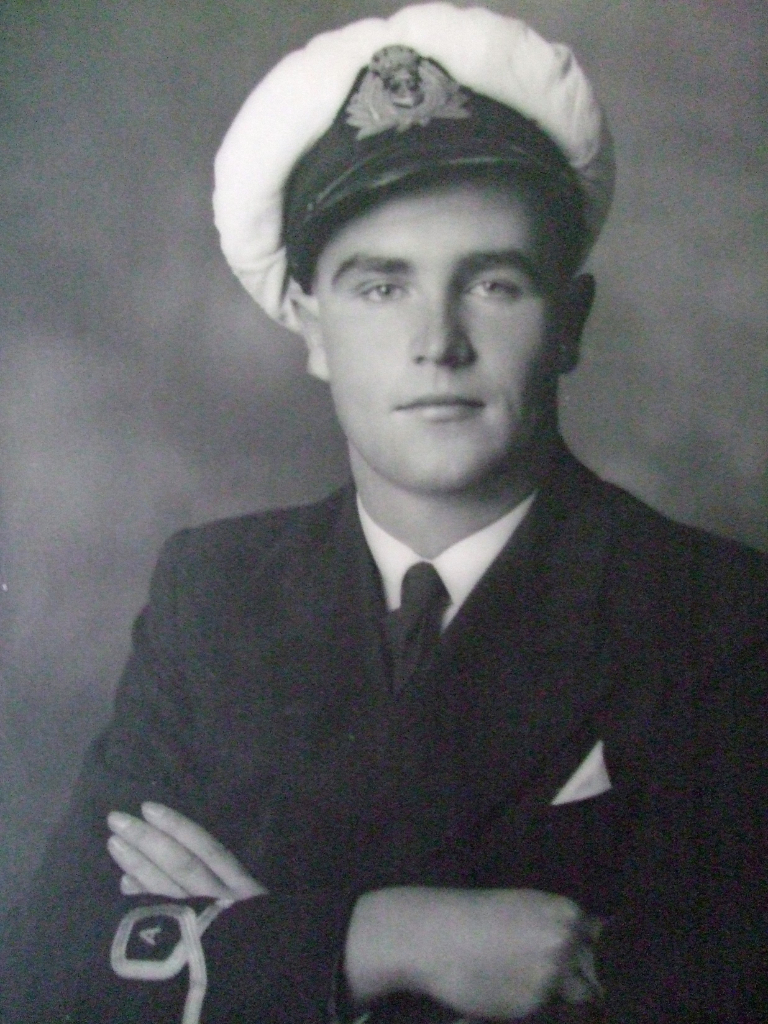 Sir Roy Beldam was an Observer in the RNVR, training on the Fairey Swordfish before flying Avengers with 848 Naval Air Squadron in HMS Formidable in the British Pacific Fleet. After the war Sir Roy read Law at Oxford.

On VJ Day, Sir Roy Beldam was based in Sydney and was Officer of the Day and instructed not to leave the base. “Disappointed at not being able to join in the local victory celebrations, I was pleased to discover, while perusing the Regulations, that part of my duty as Officer of the Day was to investigate any ‘disturbances in town’ and so off I went to do some investigating – and, therefore, managed, very briefly, to experience some of the jubilation of our hard won victory. Needless to say my CO was not pleased, but I had followed regulations! I plan to have a quieter VJ Day this year – at home in the company of my wife, son Royston, and daughter in law.”