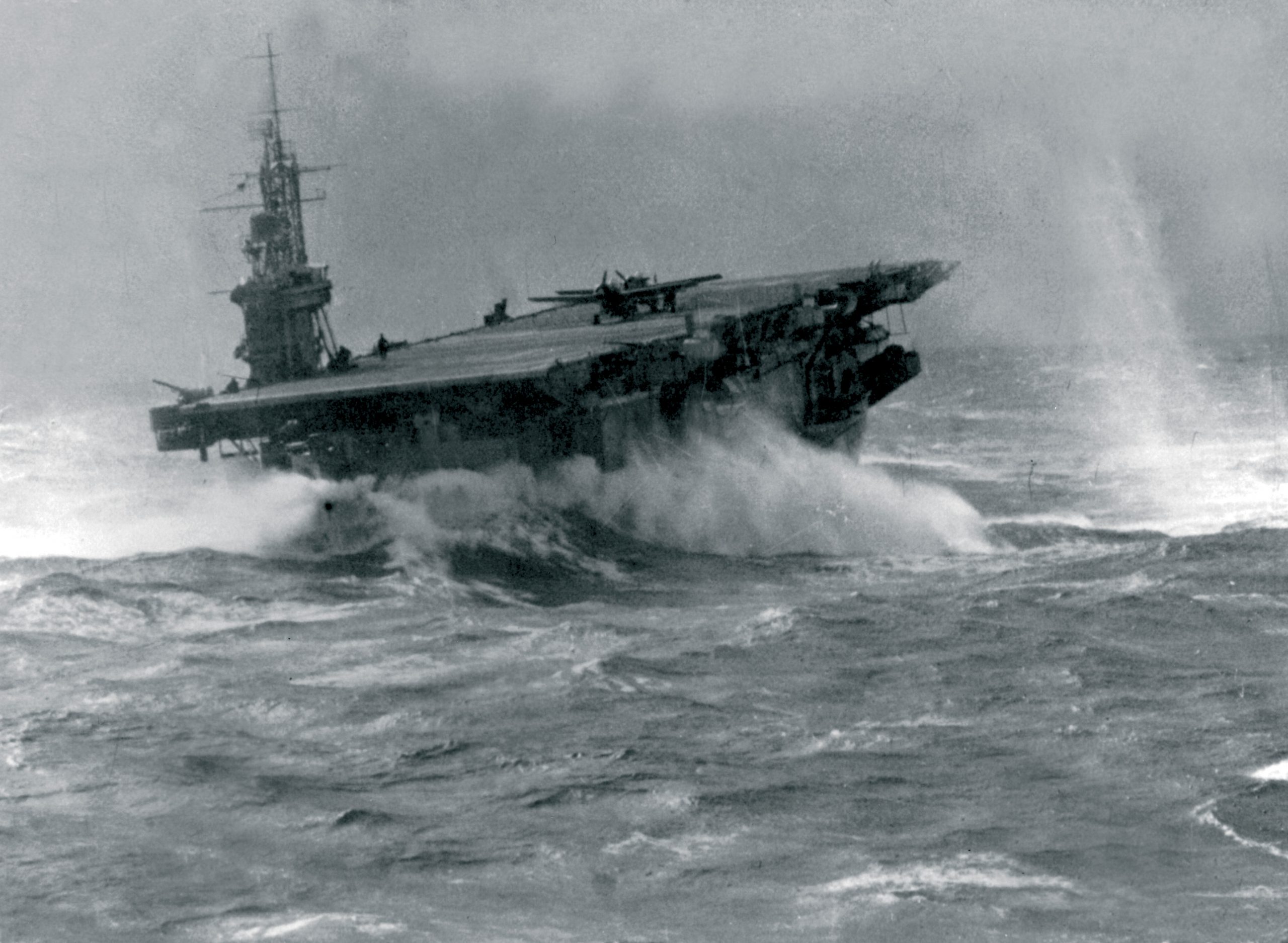 This week’s celebration of the end of the war in Europe is an important reminder of how reliant we are as a nation on keeping our vital sea lanes open – and as we saw at the beginning of lockdown, how quickly our supermarket shelves can become empty!

While seldom in the headlines, the Battle of the Atlantic, protecting convoys of merchant ships bringing vital supplies across the Atlantic, raged with ruthless intensity for the entire six years of the war, and was the most protracted and bitterly fought sea and air campaign in which Allied Forces have ever been engaged.

The stakes were perilously high. By February 1942, shipping losses by U-boat attack were so great that the UK’s lifeline of food, oil and military supplies was in grave danger of being cut.

One of the major problems was providing the convoys with air cover across the treacherous mid-Atlantic gap, out of range of shore based aircraft. So great was the urgency, and so slender the means available, that Fleet Air Arm Swordfish aircraft were embarked in escort carriers and hastily converted merchant ships (MAC Ships) to provide vital air cover. The Swordfish proved remarkably successful in this role and the tireless efforts of their young crews, flying in open cockpits in all that the North Atlantic could throw at them, slowly and perceptibly helped turn the tide of the war. This was the Battle for Britain and it was a hugely collaborative effort with the Royal Navy, Merchant Navy, RAF and allied Navies all sharing in the struggle.

As well as protecting Atlantic and Arctic convoys, the Fleet Air Arm also played a major role in hunting and disabling the heavily armed German battleships Bismarck and Tirpitz, which had they been allowed to roam the Atlantic, could have done more damage to the vital supply line than twenty U-boats.

You can find out more about the Battle of the Atlantic here.