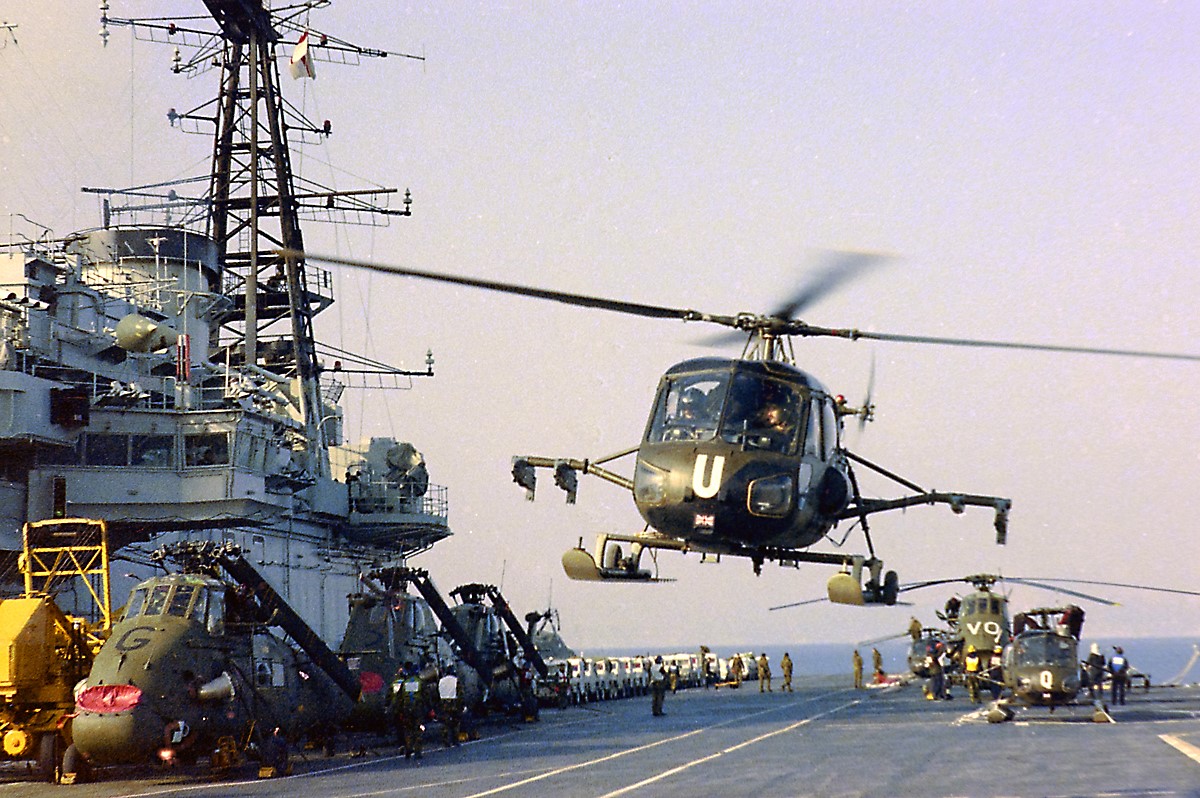 Air Ops Hermes way back in the 70’s. The ship was conducting amphib ops under the MATZ panhandle for Leuchars. Prior to the event all authorities were kept informed and NOTAMs issued. As an opener, prior to launching our helicopters to dissembark Marines at Barry Budden Range, I was tasked to inform Leuchars Approach Control and maintain a listening watch on the frequency.

Using the ships callsign, GKZL, I made contact “Leuchars Approach this is GKZL” the response was “G-ZL pass your message.” To which my reply was Leuchars, GKZL operating beneath your panhandle 500ft and below.” The response, “G- ZL, what is your type and POB.”

Now, being a chock’ead ATC, I thought Fun Time – annoy the Crabs! “Leuchars – GKZL is a military twin prop with 1750 POB.” Then an officious voice came back – “G-ZL say your full callsign and type.” I repeated my first call but realising the RAF wasn’t amused and had not seemed to have grasp the brief, I clarified my message with “Leuchars, this is GKZL, we’re an Aircraft Carrier operating helicopters at 500ft and below under your panhandle on Dxxx (Barry Buddon Range) as per your daily briefing sheet and NOTAM. We had 1750 POB but some have disembarked. Changing callsign to Warship Hermes.”

Later in the day, following a ticking off, I was sent ashore to apologise to Sqd Ldr Ops, confirming my opinion of lack of humour in their organisation. On return to the ship, the Captain sent for me on the Bridge. Wagged his finger and burst out laughing! Phew!