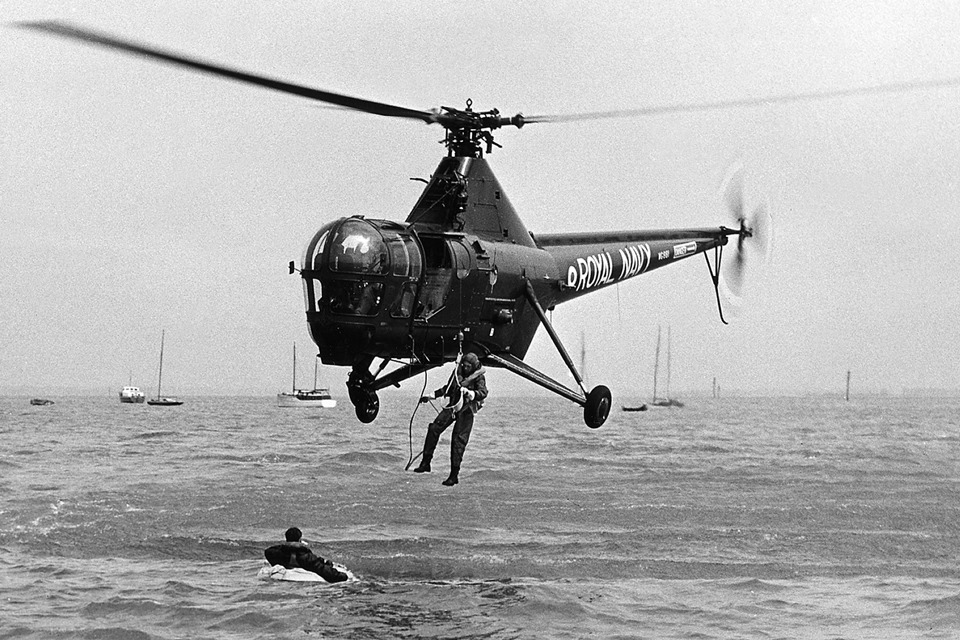 ‘When I was a 15 year old Junior Naval Aircraft Mechanic at HMS Ganges, the class travelled from Shotley in Suffolk to Lossiemouth in Scotland by train, for 2 weeks “Sea Training”. Lossiemouth at that time was HMS Fulmar and they flew Sea Vixens and Scimitar jets that were based there.

As part of the training, I flew in a Vampire down Loch Ness at zilch feet 👀😜. You could in those days and no one complained!

Later, that week we had an air experience flight in the Station Dragonfly helicopter. With the pilot, crewman and me, we staggered into the air and flew out into the Moray Firth to practice SAR winching. This actually involved in the crew finding and retrieving their previously laid lobster pots. Each one was winched aboard, checked for lobsters, re baited and then put back into the water. What a great way to spend your day thinks I’