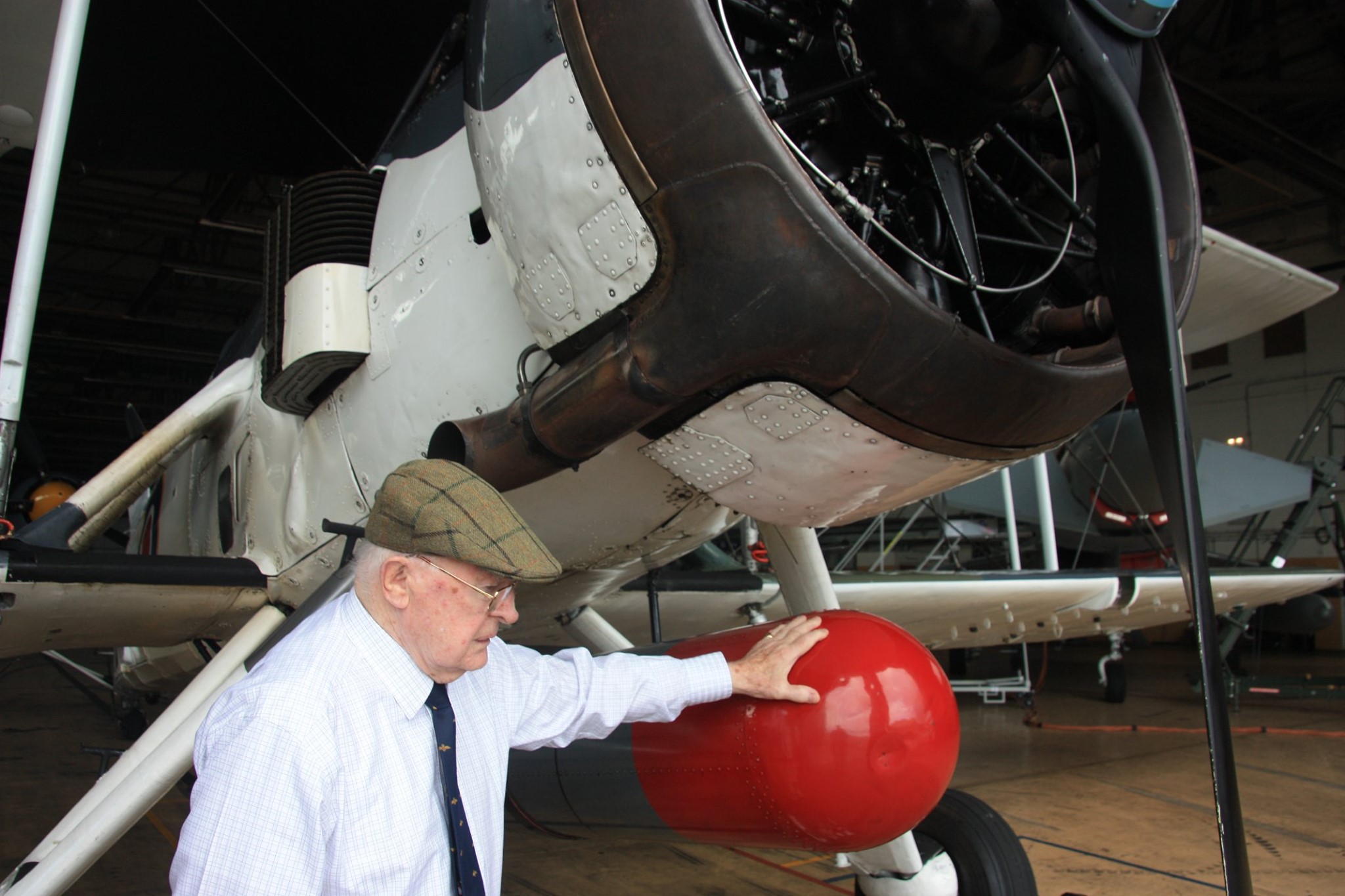 ‘Lt Cdr John ‘Jock’ Moffat, of the Fleet Air Arm, widely credited as being one of the Swordfish Pilots whose torpedo attack crippled the German battleship Bismarck, had visited RNHF on a few occasions and I met him briefly in 2006. This was around the time I was undergoing my Chipmunk refresher course, prior to my first Swordfish flight, which unfortunately due to wing corrosion, wasn’t until November 2010. Having already met Jock, I subsequently invited him to the Wardroom on Taranto Night on HMS Ark Royal on a couple of occasions in 2007/8, when I was ‘Lt Cdr (Flying)’, he having flown from the third HMS Ark Royal, prior to her sinking by a U-Boat in 1941.

Getting him onboard in Portsmouth in 2007, was courtesy of a Heron Flight Jetstream from Edinburgh to Yeovilton, where he then had a personal taxi to the Ship with John Beattie, General Manager of RNHF at the time. Jock’s letter confirming the arrangements is attached for interest. The second time he came onboard was alongside in Glen Mallen, Scotland, while the Ship was carrying out exercises, we sent the Captain’s Jaguar to pick him up, which he loved.
He was a lovely man and he thrived on being onboard the Ark for these occasions and as a proud Scotsman, always wore his tartan ‘Trews’! On each occasion he had us all in awe, as he modestly described the attack on the Bismarck in great detail, with plenty of black humour. He had a great memory and I remember once he described how he was rescued from his Swordfish by a farmers’ daughter, after a forced landing in the highlands of Scotland. He was a bit beaten up and the undercarriage had been ripped off, but she took him up to the farm house and gave him a whiskey or two. By the end of the evening he was sat in the Wardroom with a glass of whisky, holding court, and always one of the last to leave.

After leaving HMS Ark Royal we kept in touch, and when I displayed the Swordfish in 2012 at East Fortune in Edinburgh, (picture attached with HMS Gannett Sea King), he came along to see us after the event at RAF Leuchars. The attached photos are of him having a reflective moment with LS326, this was unfortunately the last time he saw the Swordfish, as he sadly passed away in 2016. It was a pleasure to have known him and many of the other veterans I’ve met along the way, during my time with the Royal Navy Historic Flight’. 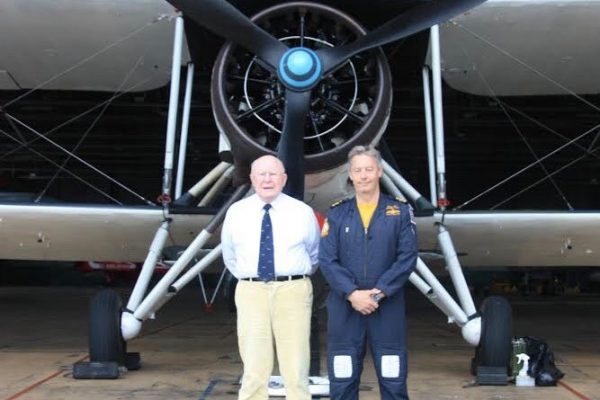 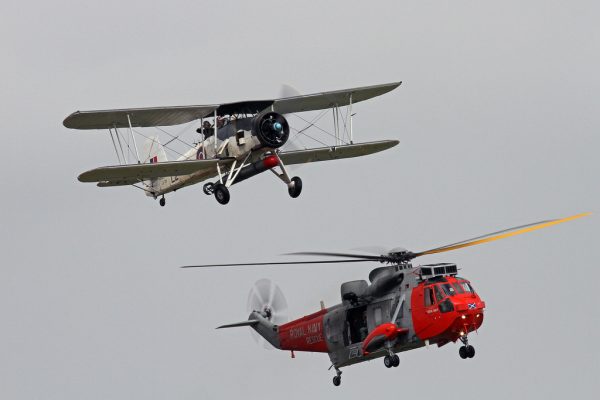 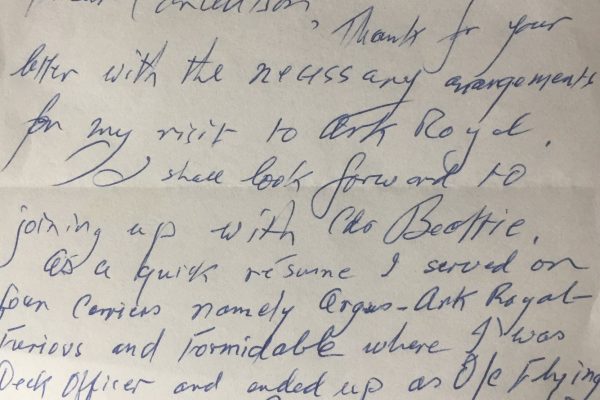