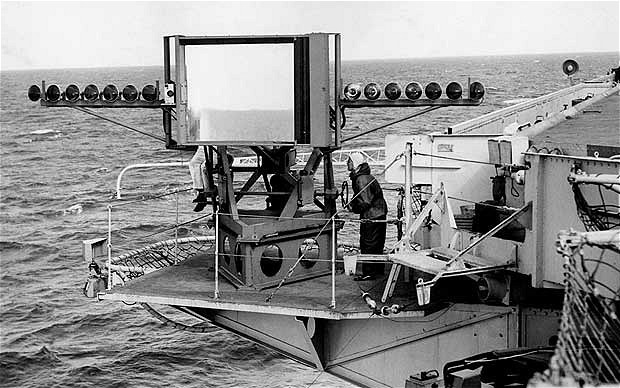 Jet aircraft introduced shortly after WWII were difficult to operate from carriers, resulting in high accident rates – not least because at that time all serving carriers then had axial (i.e. straight) flight decks.  As jets became more powerful, modifications had to be devised to make operations much safer and more efficient.  The solutions were all developed by the FAA, and comprised three major contributions to naval aviation: Angled Flight Deck, Steam Catapult and Deck Landing Sight.

The latter provided accurate glide-path information.  Rear-Admiral Nicholas Goodhart RN invented what was the first version of the sight using a mirror. LSOs (Landing Safety Officers) were not always able to give pilots flying jets (particularly those with a slow throttle response) adequate warning to correct for glide-path errors.  Goodhart’s solution was to position a concave mirror on the deck’s port side, flanked by green datum lights.

A powerful beam directed at the mirror created a bright yellow ball of light visible to approaching aircraft. By keeping this “meatball” centred between the datum lights, pilots could be sure of the correct glide path.  Goodhart developed his idea with the aid of his secretary, a Wren, and her make-up compact.  He asked her to draw a horizontal line with her lipstick across the mirror of her opened compact and place it on a table.

He then rigged a torch with a pencil beam at the end of the table and shining directly at the mirror. He asked the Wren to walk towards the table whilst keeping the beam’s spot on the mirror on the lipstick line. As she did so she progressively had to stoop, eventually coming to a halt with her chin resting on the table several inches in from the edge. The Fresnel Lens, a later American development of the sight, employs a system of lights rather than a mirror to create the “meatball” and its effect. 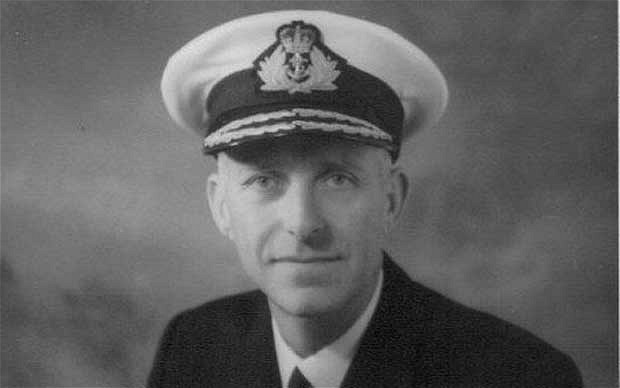