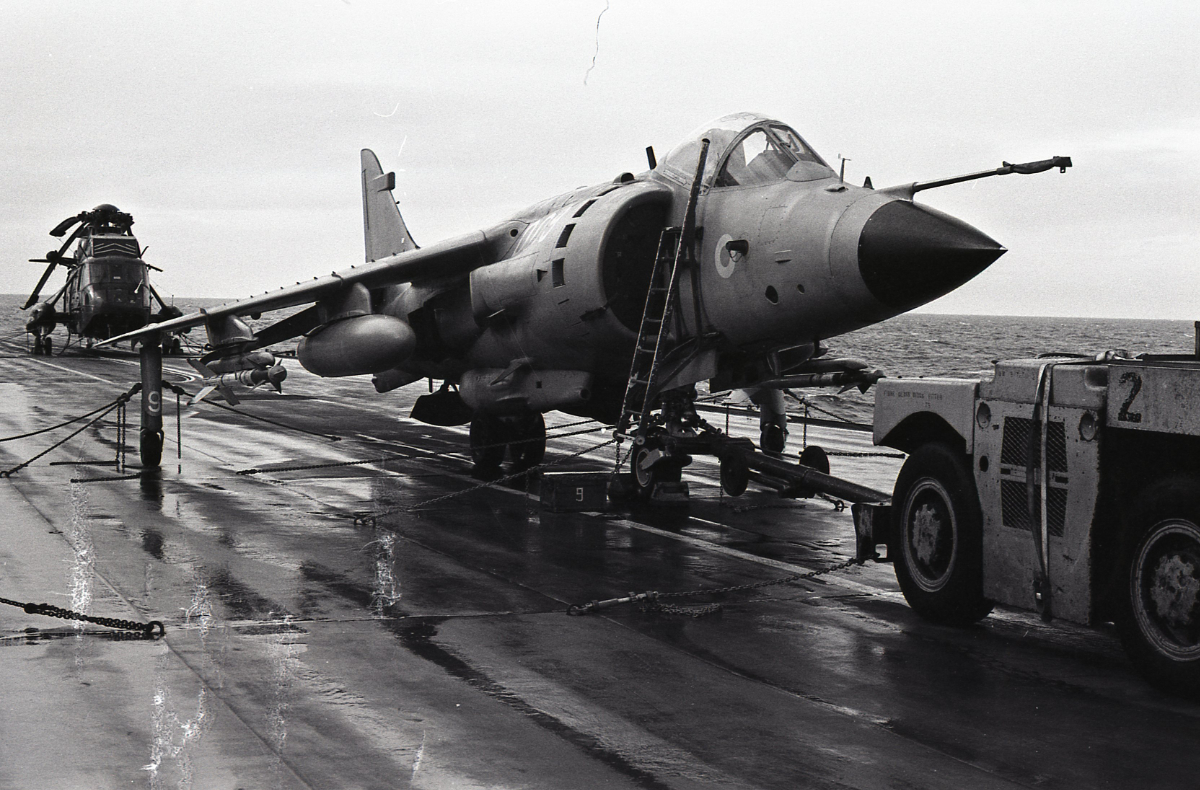 Forty years ago this week I was called on by my country to put into practice the many years of training, rehearsals and exercises I had taken part in over the previous 18 years of service with the Royal Navy. I was given 72 hours notice together with a team of 12 other aircraft maintainers’, who only vaguely new each other, to travel 8000 miles to the South Atlantic. We normally only operated one helicopter from the Royal Fleet Auxiliary (RFA) Ship Regent but went up to a war compliment of two Wessex 5 helicopters for Operation Corporate. We weren’t alone: 1,300 men went from RNAS Yeovilton accompanied by 25,000 men from the other Armed Forces and civilian Merchant Navy.

Looking back on it we visited places in the South Atlantic and the Antarctic that tourists pay a fortune to visit these days: the Falkland Islands, South Georgia and South Thule in the South Sandwich Group of Islands. I have attached a few photos of the main places of interest. 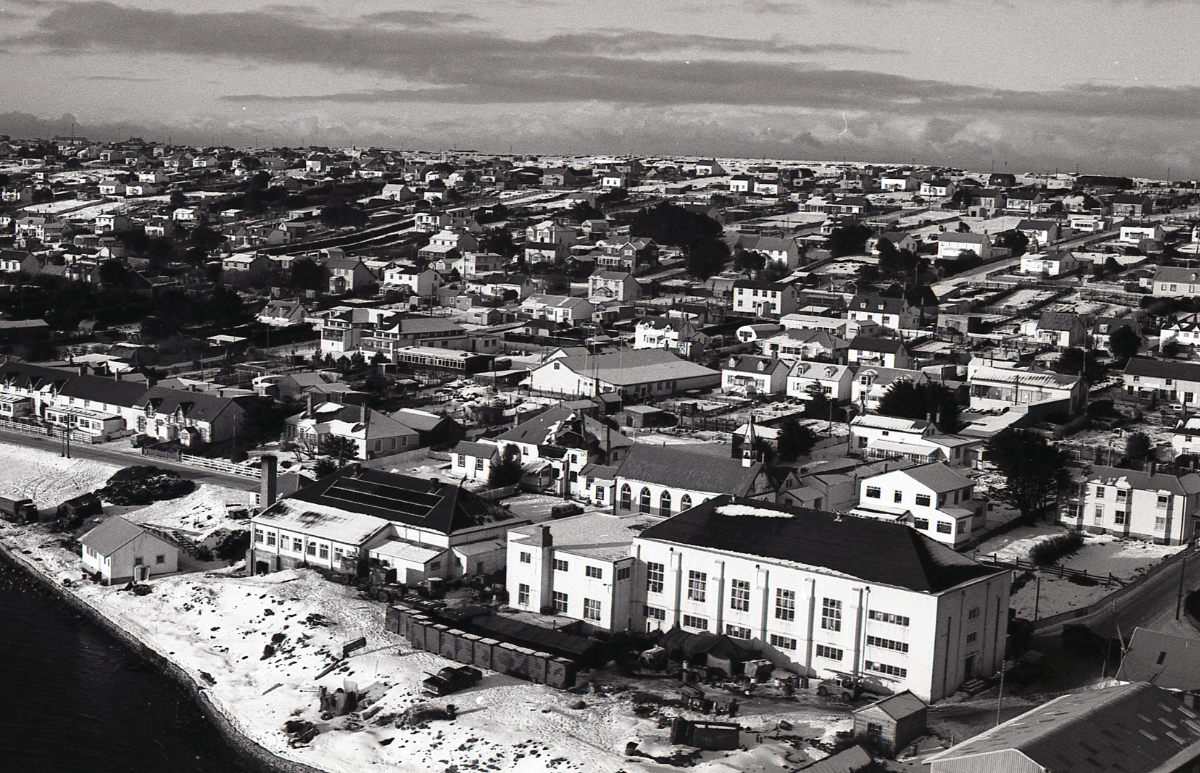 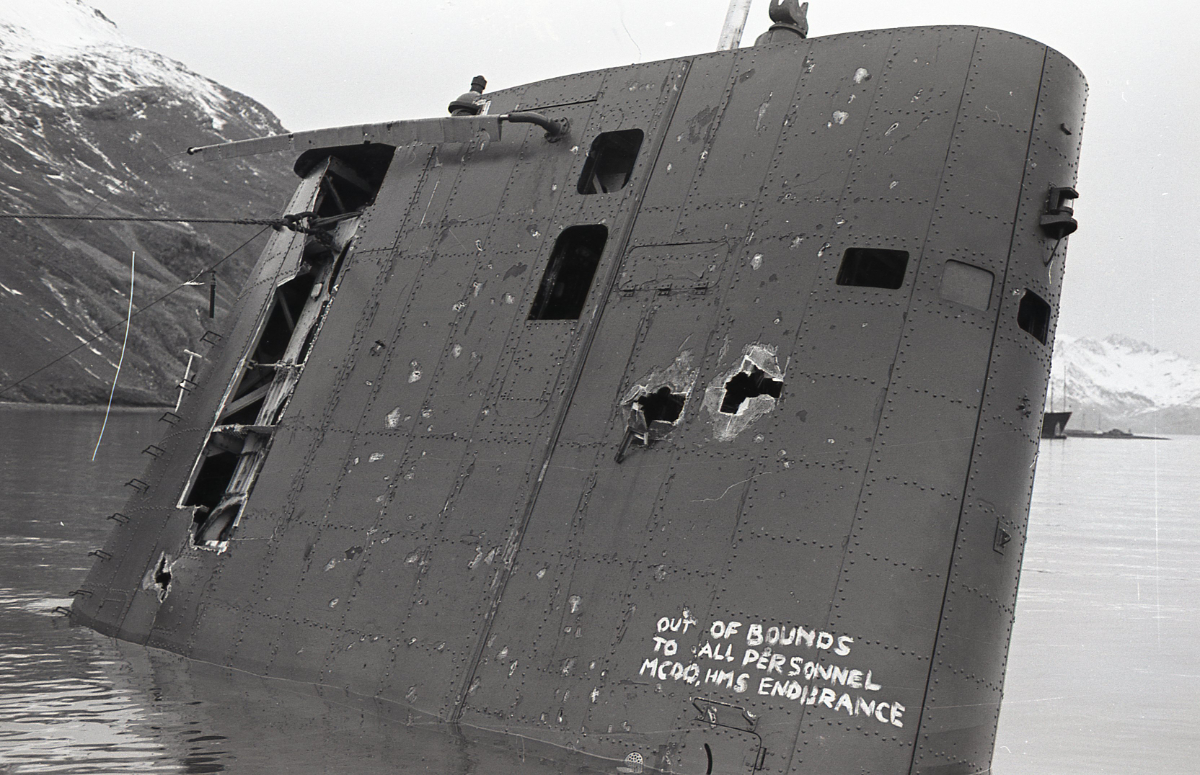 Having left Charlie Buoy in Plymouth Sound with our two embarked helicopters our first stop after 10 days of nothing but sea was the Ascension Islands. Our stop over here was short and sweet as we took on more stores and ammunition. Seeing RAF Vulcan bombers and Victor tankers lined up on Ascension’s dispersals, guarded by armed Royal Marines and RAF Regiment personnel, gave you an immediate sense that this time it’s for real.

We sailed on south picking up much needed fuel from RFA Plum Leaf playing “Don’t cry for me Argentina” over its loud-speaker system as we parted.

Our first of over 30 calls to Actions Stations during our trip happened two days after leaving Ascension but this was just a Russian Operated Bear recognisance aircraft flying out from Angola to take a look at us.

Three weeks after leaving the UK we were with a huge fleet of ships well off the Falkland Islands. The Regent carried a third of the war reserve of ammunition, so the MoD weren’t letting us any where near the mainland. We carried out our main task of replenishing the fleet using both Replenishment at Sea (RAS) or by helicopter Vertical Replenishment (VERTREP). Sometimes not every VETREP went to plan. After a couple of weeks, the ship itself started to run low on stores, especially food and so we were dispatched 1,200 miles to Grytviken in South Georgia where civilian ships direct from UK replenished us.

I managed to get ashore in South Georgia: I have attached photos of the Argentinian submarine Santa Fe, damaged by a missile from HMS Endurance’s Wasp Helicopter, a church built by Norwegian whalers that I believe is the furthest south in the world, Ernest Shackleton’s grave and some abandoned whaler ships.

Having had a quiet war so far, the situation changed completely when HMS Sheffield was hit by an Exocet Missile and sunk. With immaculate timing the ship decided the next day to issue us all with our “Geneva Convention Prisoner of War Identity Cards”.

Having replenished our stores in South Georgia, we sailed back to join the Fleet. Waking up on the morning of May 21st was strange. Where the day before there were about 60 ships now in the fleet, we were practically on our own. The invasion to retake the Falkland Islands had begun. We followed with interest the British Forces progress ashore but wondered how long the Navy could sustain the losses of ships in San Carlos water. We weren’t immune to danger ourselves: the Regent was only a couple of miles from the Atlantic Conveyor when she was hit by an Exocet Missile. Fortunately, our armed forces ashore brought the conflict to a quick conclusion, but the Navy hadn’t finished with us yet. 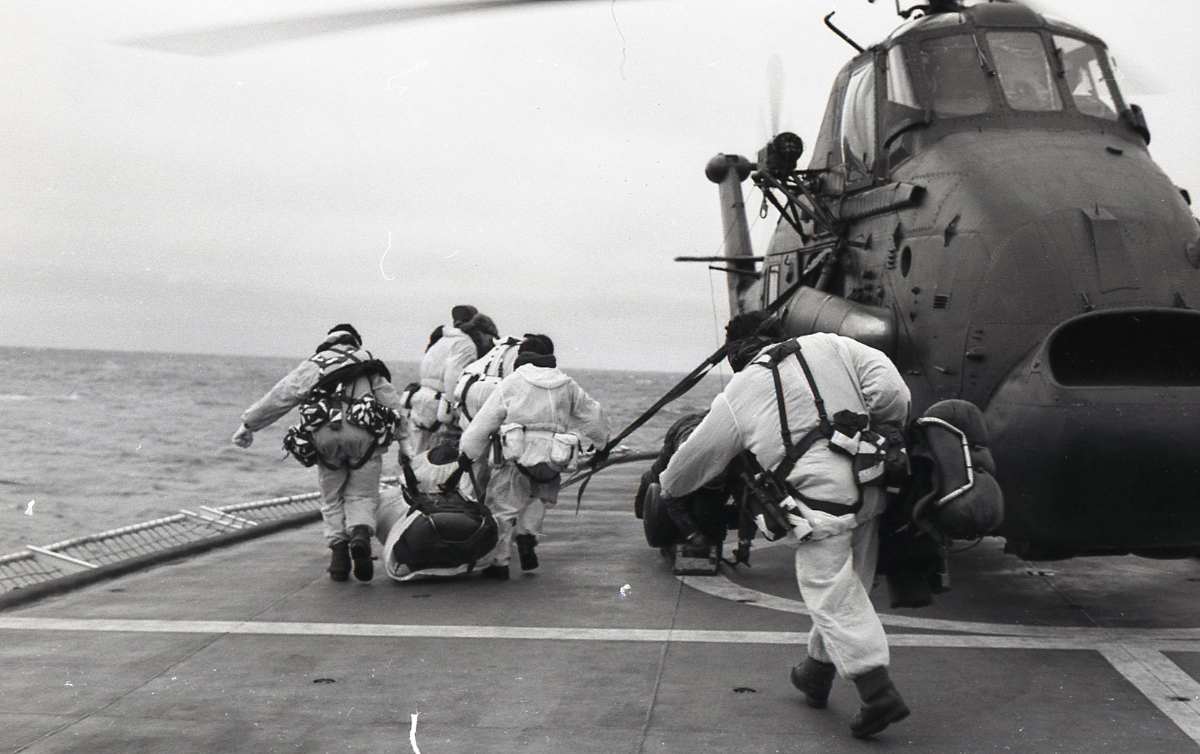 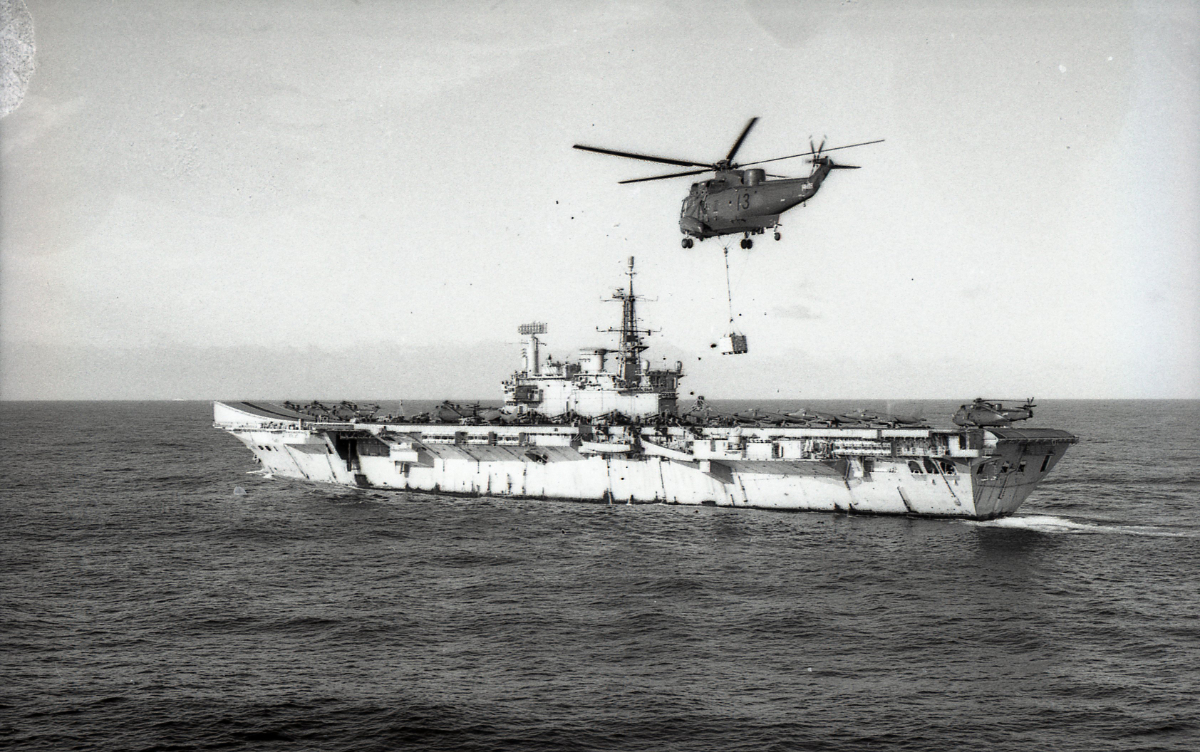 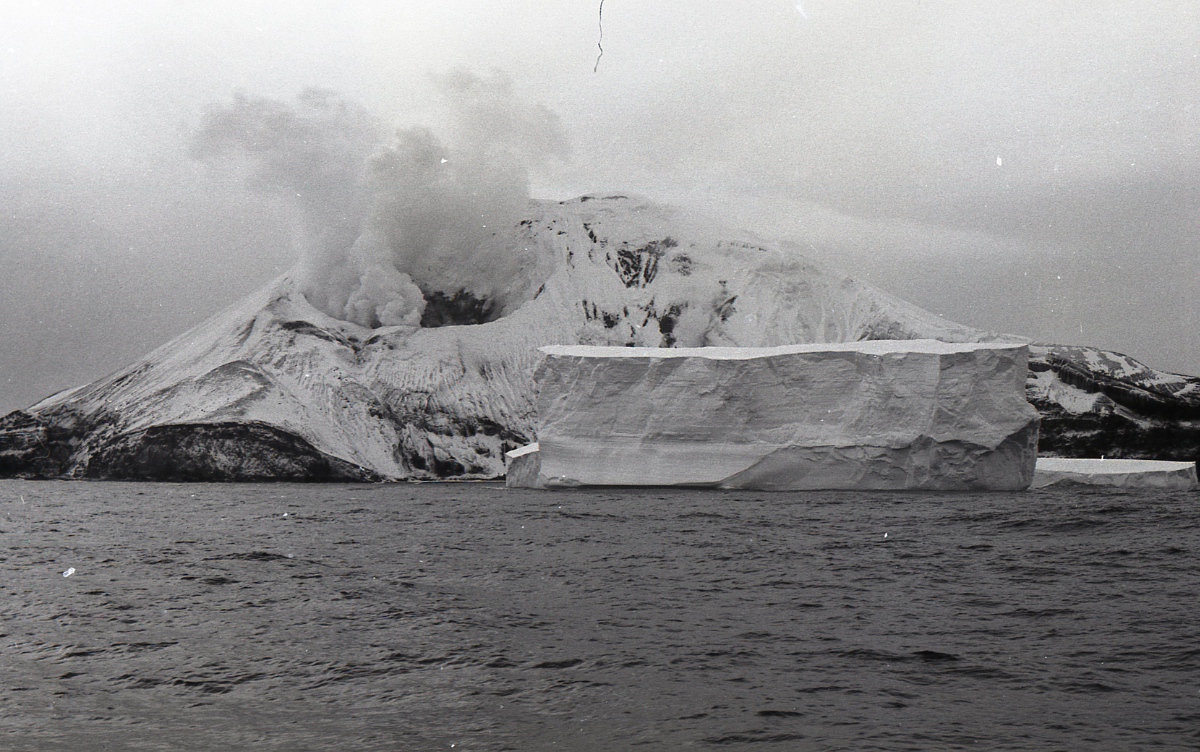 The Regent was dispatched again back to South Georgia: there a small team of maintainers and one Wessex 5 helicopter was dispatched for a special mission to HMS Endurance. It was a bit congested with extra Marines and two Lynx helicopters crowding out the hangar. Sleeping accommodation was a bit tight and two of us slept in our sleeping bags (Slugs) for the duration of the 10-day trip on the floor in the Map Room. We were heading for South Thule in the South Sandwich Group of Islands 1,000 miles south of South Georgia. The island is a British Protectorate that had been taken over by Argentinian Scientists suspiciously dressed as Argentinian Navy Personnel. After the firing of a live 0.5-inch shell onto a nearby atoll from our accompanying RN Frigate the Argentinian Flag was quickly replaced by a white flag. The Falkland’s conflict could now be declared finally over. We sailed back to South Georgia passing Zavodovski Island (the well-known Russian navigator) on the way which had icebergs around it but was a active volcano!

By the time we returned to RFA Regent and in turn back to the fleet of Port Stanley it was gone. Apart from HMS Invincible and a couple of Frigates the fleet had sailed back to UK to a well-deserved, fantastic welcome home. The Regent returned to UK three months later on September 19th, and we disembarked off the North Devon coast back to RNAS Yeovilton to be welcomed by a very small party of friends and relatives, well it was a Sunday. By now the nation had moved on and the Falkland’s Conflict fast became recent history, but you do learn a lot about yourself going a long way from home for 6 months I know I did. 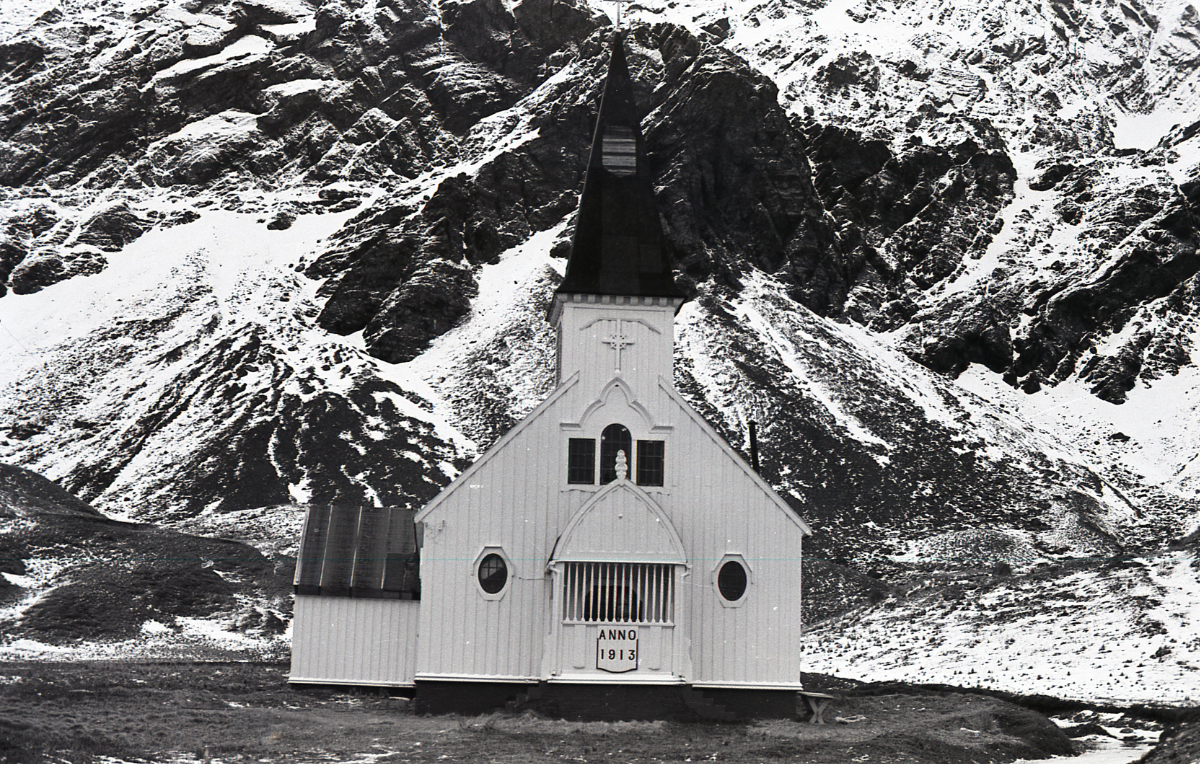 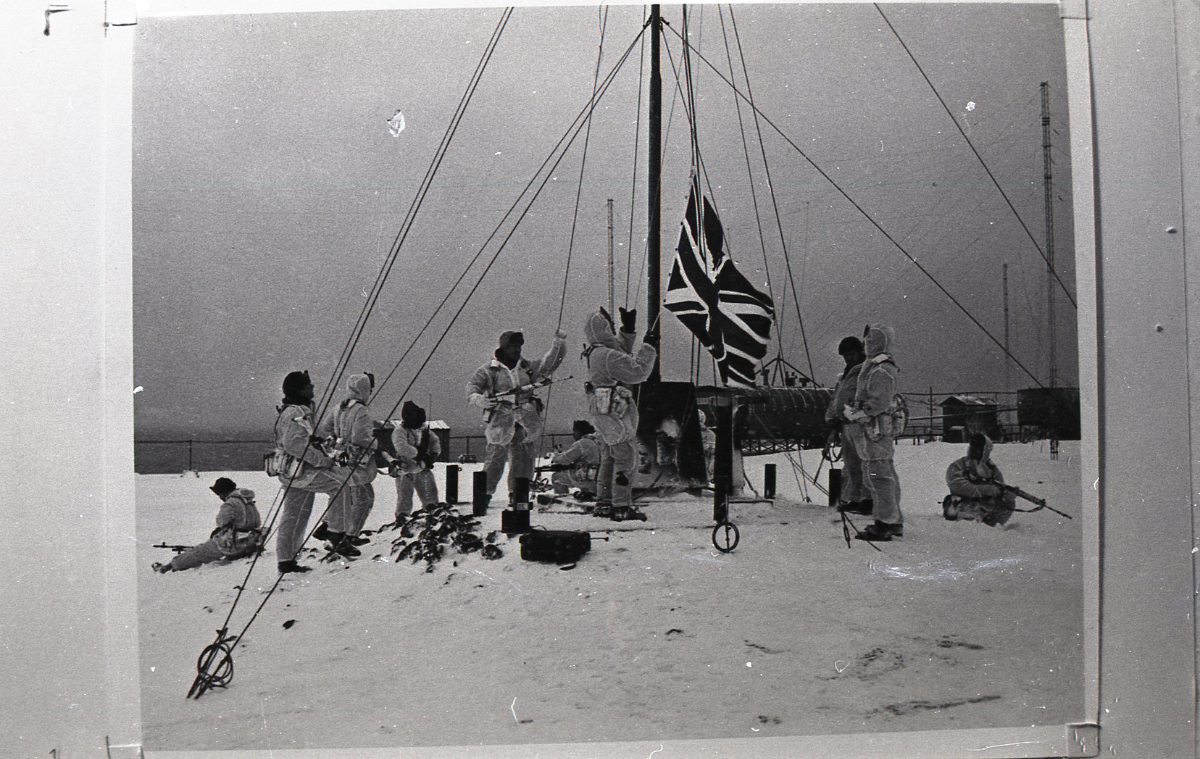