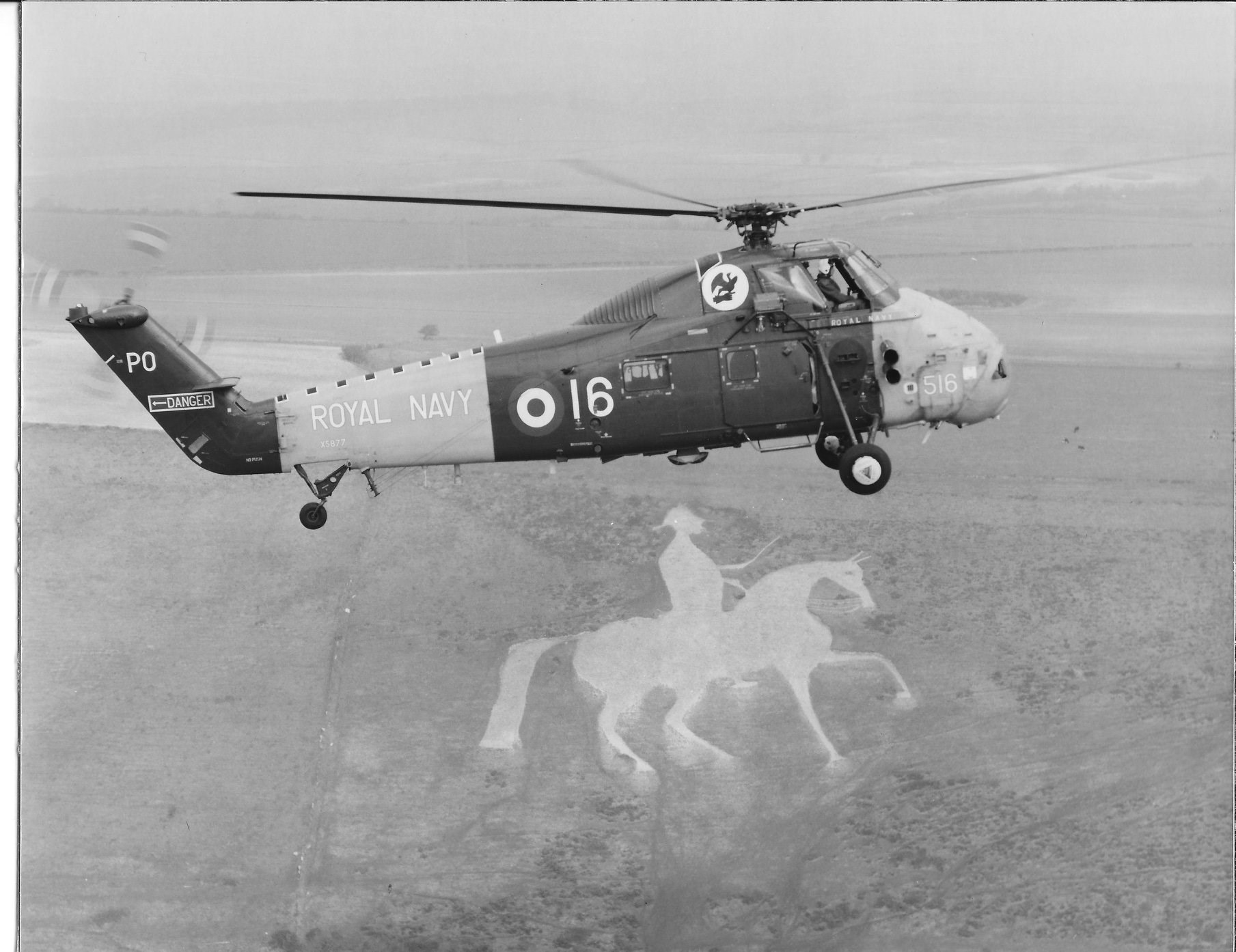 Those of you who have served on a SAR Flight will have experienced the rush of adrenalin when the klaxon goes for a scramble. You will also know that it all happens very quickly. I would like to tell the tale of what I believe must be the fastest scramble ever – of course the reader may know different!

It was the 17th of February 1975 at Portland, 772 Squadron. The duty crew was Pilot Steve Collier, SAR Diver Billy Deacon and Crewman, me, Sox Glover. The aircraft was a Wessex Mk 1 side number 516.

Halfway through the morning with the SAR test complete and just settling down to coffee & uckers or was it niggly, the ‘Crash Off’ klaxon sounded – “lost contact with Wasp C/S xyz on approach.

For your own you move even faster and we made it to the duty in seconds. Steve fell into the cockpit pressing the starter tit as he did. Avpin whoosh, engine running, off rotor brake and we’re lifting – the NR may have drooped momentarily! Hard right turn to downwind eyes out for our ditched Wasp and by now Billy had his BASAR on and was ready to jump.

Now the anti-climax – a call from ATC says it was all a mistake as the Wasp coming in from the areas had changed from its tactical c/s on approach to its side number on Tower (naughty) – no medals today.

A little later back on the line we record 15 minutes airborne but it is now noticeable that the three of us are shaking uncontrollably – that’s the adrenalin that hasn’t worked through the system yet we are told. Fight or flight is what it’s all about. At this point we receive a call from Cdr (Air) apologising for the confusion but congratulating us on the scramble time – 50 seconds from Avpin whoosh to airborne.
People raise their eyebrows, unbelieving, but it did happen. Some years later when 820 had Culdrose SAR for a fortnight my crew with Hugo Stacey at the helm got off in 2 minutes 30 seconds – not bad for a Sea King with an all ASW crew.