Somewhere in the Far East 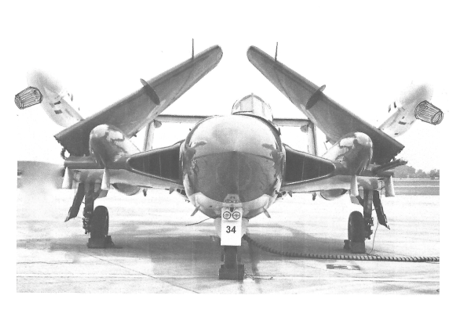 Sea Vixen engineer Phil Thornton shares this story with us from 1968 whilst serving on 893 Squadron, HMS Hermes 4th Commission. Somewhere in the Far East.

‘I was then an 18 yr old Sea Vixen Plane Captain and this story just about sums up how easily things can go awry if you don’t think of all the possibility with an unusual situation.This is how I remember the incident.

My cab had a fuel system problem that required the port and stbd No2 wing tanks to be completely drained of fuel. I have no idea what the problem was, above my pay scale. Pressure defueling the aircraft left some fuel in the tanks that we needed to remove. The wings were in the folded position and the underwing fuel tank access panels had been removed to gain access the interior of the tanks.For some reason, not clear to me now, we did not have the necessary adaptor for the refuelling hose to enable us to suck out the remaining fuel and maybe there was some operational urgency involved but I remember “helpfully” suggesting to the chief in charge that we could connect up a hydraulic rig and then we could spread the wings and catch the fuel in dustbins placed conveniently under the wings beneath where the tank openings would end up.

It was agreed that this should work ok.

We placed a dustbin under each wing close to and outboard of the main undercarriage legs and a man was allocated to each bin to pull it out of the way as the wings descended into the spread position and the fuel ran out of the tanks into the bins.

So far so good.

With the Green hydraulic system pressurised and with the chief in the cockpit and the guys on the bins ready I gave the signal to spread the wings. Sure enough as the wings approached the horizontal the fuel in tanks gushed out into the bins.Unfortunately the bins filled up very quickly and their weight, combined with the non slip deck finish meant that the guys on the bins were unable to shift them out from under the descending wings quick enough. The wings came down on top of the bins. On recognising a deteriorating situation I signalled for the wings to be folded. which the chief immediately carried out. The wings started to fold up but unexpectedly the top rim of each bin had cut into the two drop tanks so as the wings folded the dustbins went up with the wings.So we now had an aircraft on deck with folded wings displaying a dustbin sticking out of each drop tank and about 50 gallons of avcat on the flight deck, plus of course two drop tanks were written off, not good.The incident drew a number of spectators of course who mostly found it hilarious but actually it was no laughing matter and the chief and I ended up having to provide written reports. The chief caught some real flak I think but in the final analysis it was just one of those quirky accidents that with hindsight should never have happened but “it seemed like a good idea at the time” and no-one was hurt.Unfortunately I do not have any photos of this event, but using XP924 as a model, it probably would have looked something like this. Not sure I have the dustbins accurately placed though, I think they would have been a bit more horizontal’. 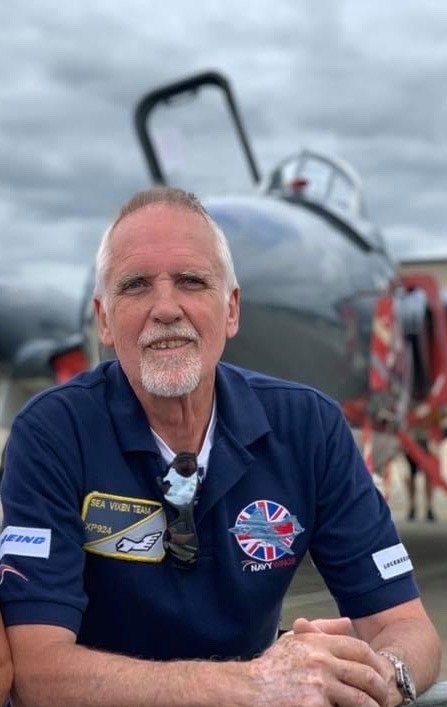