Taranto – The Impact and Long View of History

Never underestimate the trouble making capacity of a naval aviator at the controls of an aircraft armed with torpedoes or bombs!

When the full success of the attack on Taranto became apparent it was a remarkable victory for such a small force. Indeed, had the battle occurred between surface ships in the traditional way – slugging it out with big guns firing broadsides – it would have been considered a major victory for the Royal Navy.

The aircrew themselves had little or no idea of what they had achieved at first and were fully expecting to return for a second assault the next night. In the event, worsening weather scotched any plans for a repetition, which was probably just as well, as they were unlikely to get away with such a low casualty rate a second time. One officer was heard to remark that even the Light Brigade hadn’t been told to do it again!

At first light the following morning, photographic reconnaissance showed how successful the attack had been, providing irrefutable evidence that no second attack would have been needed. The results of the first looked very satisfactory indeed.

One of Italy’s new Littorio battleships was badly down by the bows, with her fo’c’sle under water and a heavy list to starboard. A Cavour class battleship was beached and listing with her stern and after-turret, submerged. A second Cavour class was damaged. Two cruisers, listing to starboard, were surrounded by oil. Two fleet auxiliaries were sunk, there were four more dark shapes lying under water, and a seaplane base and oil supply depot burned out. In short, the effective strength of the Italian Navy had been cut by half.

Some of the Italian cruisers had also fired on each other. They had lowered their gun sights to try and hit the Swordfish, but the Swordfish were flying so low it would have required something exceptional in the way of gunnery procedures to hit them. Once the weight of the torpedo was dropped, the agility and performance of the Swordfish improved immeasurably, and the naval pilots were well-rehearsed in dodging shells and making a quick get away! Full stick, full throttle, top rudder, and a sensationally steep turn – and they were out of there! Against aircraft less acrobatic than the Stringbag and pilots of lesser quality, the Italians might have enjoyed better aim.

Such was the significance of Taranto that news of the success of the attack was emblazoned across newspapers around the world. After months of defeat and failure, it was the victory that Churchill and the Allies badly needed.

Addressing Parliament, the following day, Prime Minister Winston Churchill described the attack as a “Glorious Episode”. The morale of the Nation and the Allies soared. That the episode had been glorious was beyond question and it had come at a moment when glorious episodes were scarce.

”“I feel it is my duty to bring this glorious episode to the immediate notice of the House! This determined and highly-successful attack reflects the greatest honour on the Fleet Air Arm.” 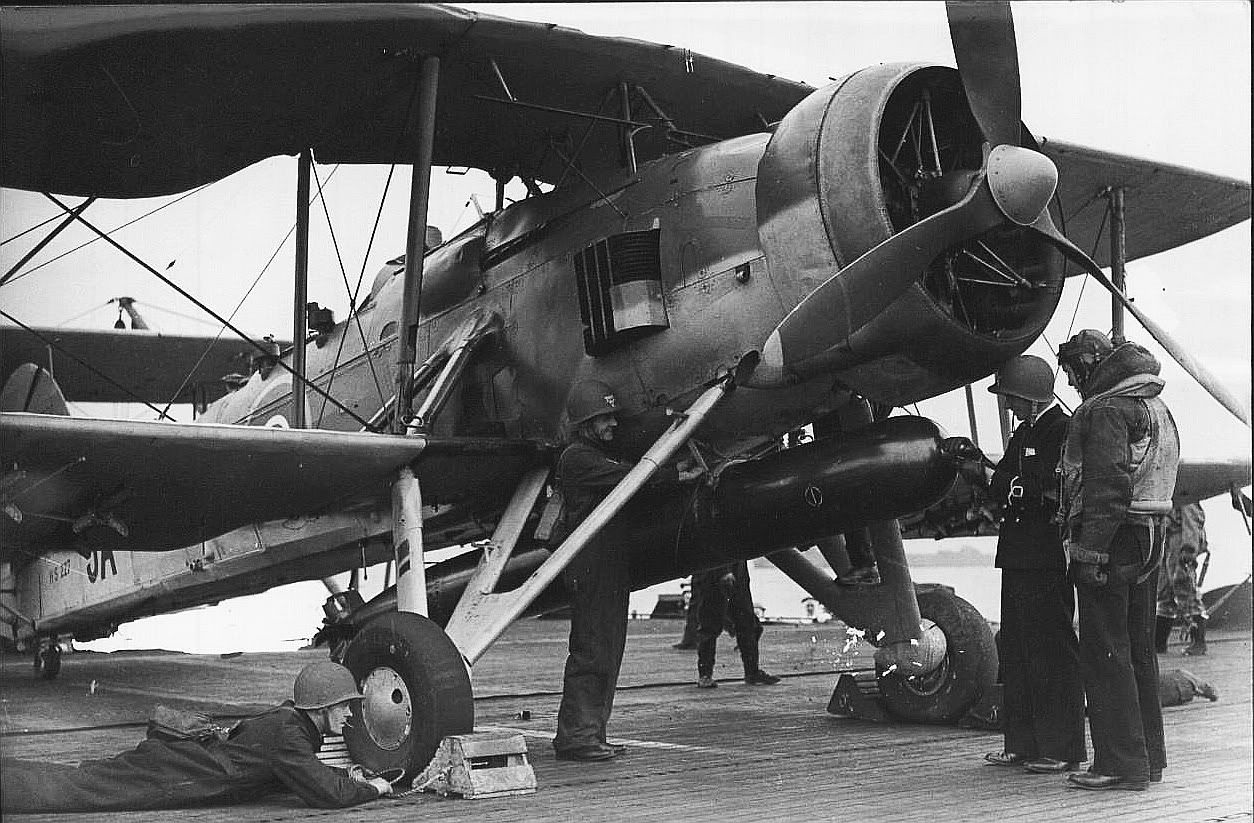 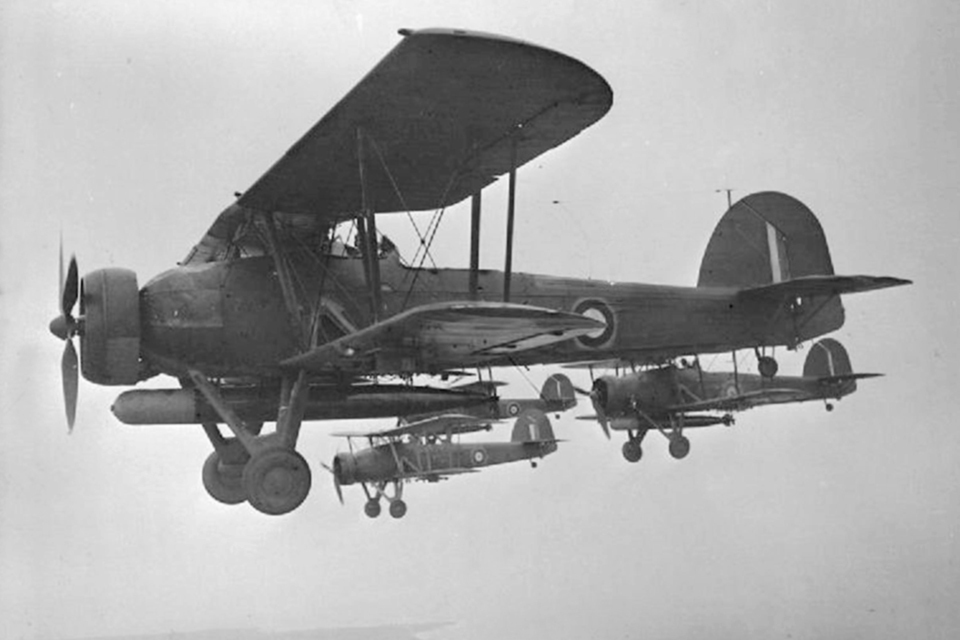 It took time before a full assessment of the damage could be made. Prior to Taranto, many believed that water at least 100 feet deep was needed to successfully drop torpedoes. The water in Taranto harbour was 40 feet deep. The Royal Navy had specially modified their torpedoes for a shallow water harbour and the Swordfish crews dropped them from a very low altitude. The depth at which they were set to detonate was carefully calculated to be just deep enough to pass beneath the torpedo nets protecting the ships, and it was to be a strategy that paid off. The many years of research and development devoted to the 18 inch torpedo, the use of Duplex pistols, and the skilled deployment of the weapon contributed significantly to the success of the attack.

The results of the bombing attacks, however, were less successful. Forty two 250Ib bombs were dropped by the Swordfish crews with great courage and determination, including direct hits on Trento and Libeccio, but many of the bombs failed to explode. If fortune had favoured the operation better, the spoils of the night’s enterprise would have undoubtedly been higher but without question, the objective was achieved. Everyone who had a part in the operation, mechanic, fitter, rigger, aircrew and indeed all hands on both carriers, knew for certain that they had won a great victory.

On re-joining the Fleet, Rear Admiral Lyster who had first devised the plan for the attack was greeted by a flag signal flying from the Commander-in-Chief’s flagship: ‘Illustrious manoeuvre well executed.’ Master of the understatement, Admiral Cunningham was now also master of the Mediterranean.

There are always lessons to be learned from any operation and perhaps one of the first, was never underestimate the troublemaking capacity of a naval aviator at the controls of an aircraft armed with torpedoes and bombs!  The advantage gained in the Mediterranean may not have been as great as first thought, but the impact of the attack ushered in a radical shift in naval strategy that reverberated around the world. Air power projected quickly by sea became a crucial component of national power and eight decades later, it continues to remain a potent global force today.

The boldness of the attack, striking the Italian fleet by aerial torpedo, in its stronghold, in a shallow water harbour, will always set Taranto apart. While some undervalued the feat itself and those who had performed it, the Japanese were watching carefully. They already had the beginnings of an idea, and what worked well at Taranto was to prove even more effective at Pearl Harbour . . . 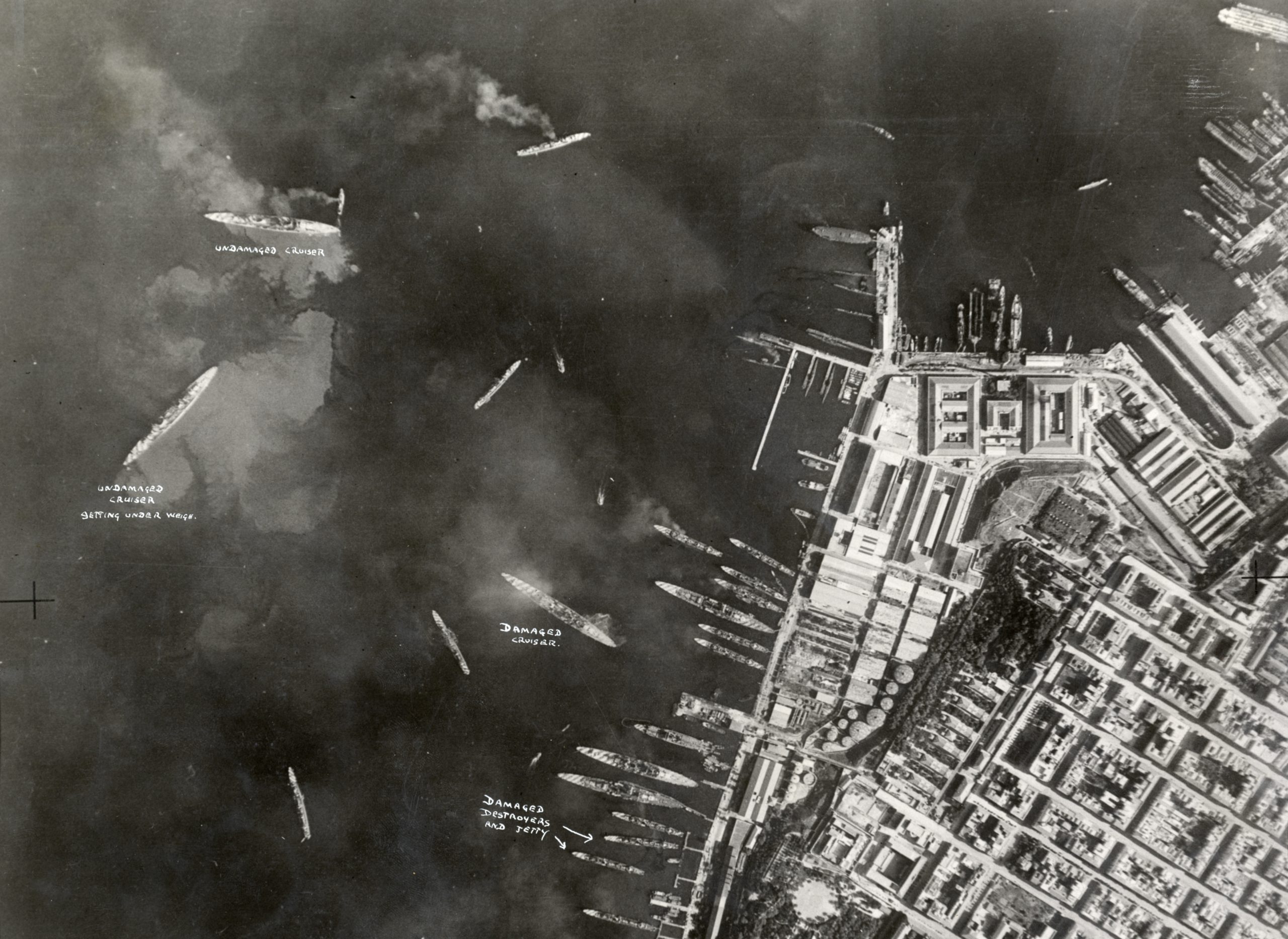