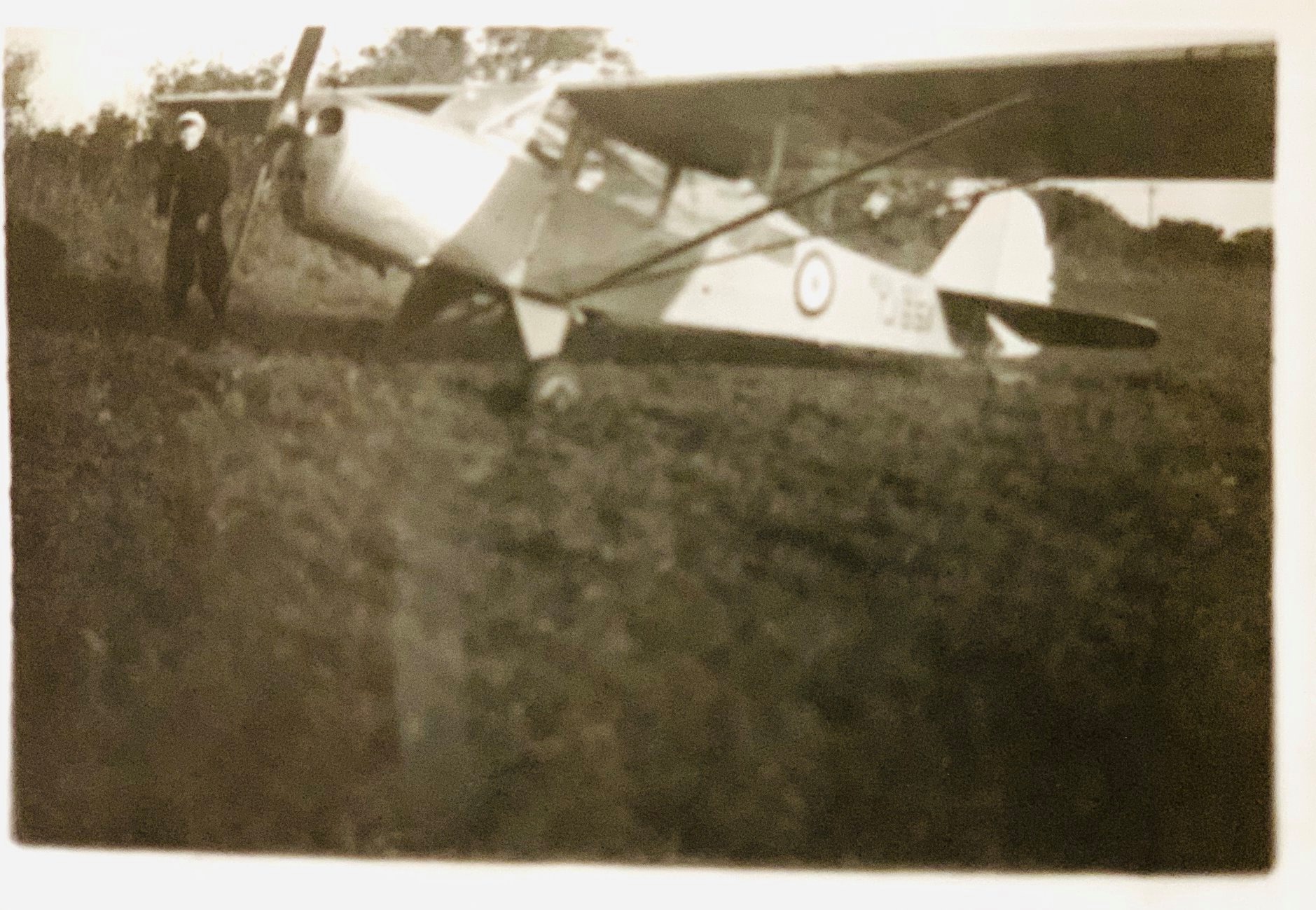 ‘One evening in 1948, just after tea at Royal Naval Air Station Culdrose , when I was part of the duty watch, a message came over the Tannoy telling me to report to the Guardroom. On arrival I was met by Lt. Forrest the AEO of 790 Squadron. It appeared that an Auster aircraft destined for 790 had forced landed in a field near Lostwithiel and that we would be going to it. I had to go and collect gear for an overnight stay, we went to 790 site to collect my tool box and some other squadron tools. We were joined by another 3 of the duty watch and collected some sea boots (in anticipation of a muddy field)

Arriving at the site, the aircraft looked undamaged, but left it for a closer look in the morning and we were billeted in the nearby farmhouse, with each doing a two hour watch on the aircraft. We had the pleasure of sleeping in a bed with sheets, a real luxury for us in them days, as we only had blankets on our mess beds.

During my watch, the moonlight was very bright and was very welcome and it wasn’t too bad being able to sit in the cockpit, as well as having a walk now and again. I had a fleeting visitor when a barn owl landed on.

The following morning after a real farmhouse breakfast, along with the AEO we started dismantling the aircraft by removing the wings. In the meantime a ‘Queen Mary’ (long, low trailer) had been dispatched and duly arrived.

We loaded the fuselage first and then put a wing each side and lashed everything down and started on the journey back to Culdrose with us ratings in the trailer. I believe we created quite a stir as we went through St. Austell. We left the aircraft and trailer at the squadron site.

I believe the reason for the landing was a blocked fuel pipe at the tank end. When all checks were done and it became serviceable again it was taken on charge by 790. It was a MK5 AOP and the one thing I didn’t like about it was that it had a Lycoming engine, which meant that the prop had a left swing, quite different from, and larger that the MK1 that we had previously for a while. It was still there when I left Culdrose in Yeovilton to go on a course that would eventually lead me to becoming a pilot’s mate, only to return to Culdrose in February 1949 to join another mosquito squadron’.

The photo above is of the Auster after the forced landing in 1948 and Ken is pictured as part of the recovery team.