The Fleet Air Arm in WWII 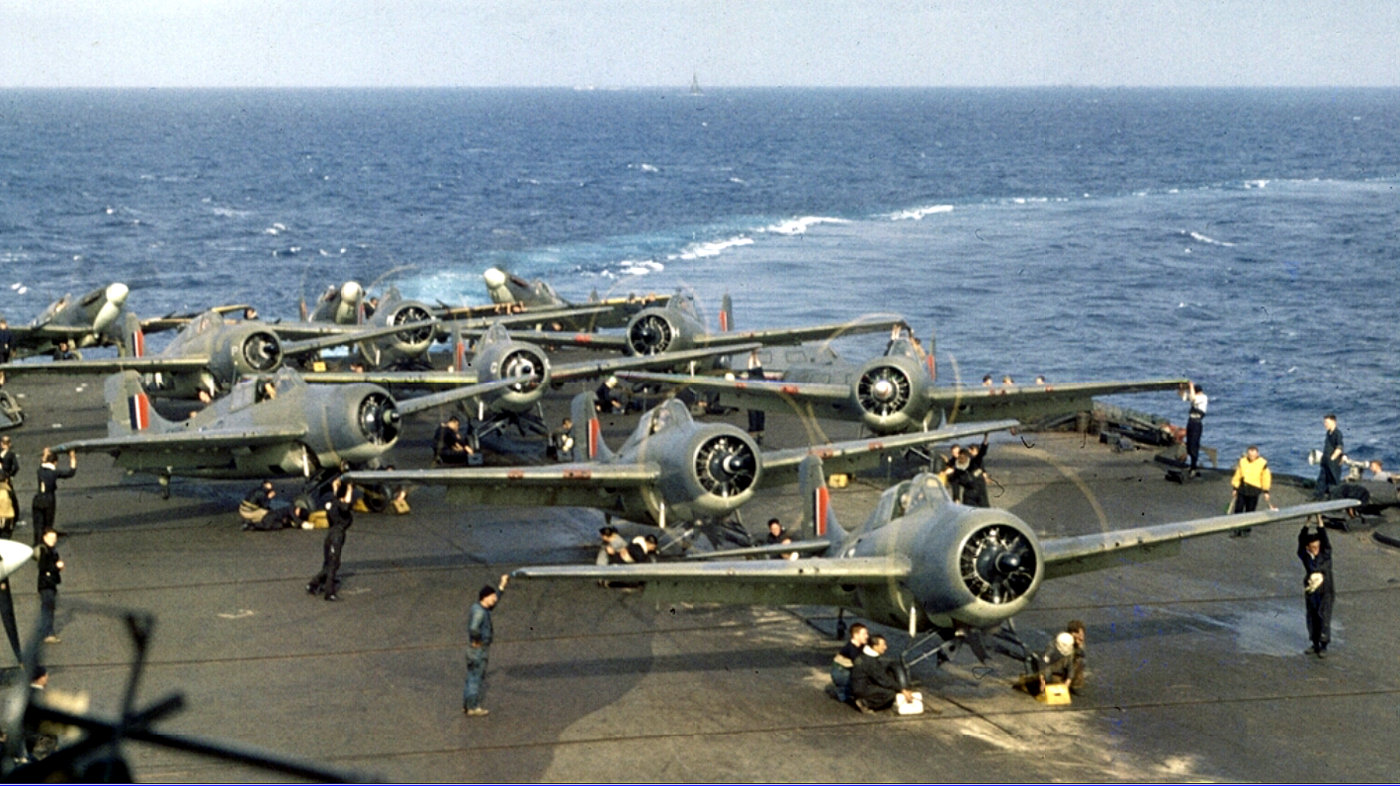 The Royal Navy and its aircraft and aircraft carriers played an essential part in the Second World War. Naval aircraft provided air cover to convoys keeping the Atlantic life-line open, supported the land campaigns in north Africa and Europe, changed the balance of power in the Mediterranean and helped secure victory in the Pacific. This week we will hear the memories of some of those involved and pay tribute to the service and sacrifice of a remarkable generation.

From the iconic action against the Italian Fleet at Taranto in 1940, and throughout the gruelling Battle of the Atlantic, which lasted the entire six years of the war, naval aircraft played an important role in all theatres worldwide.

The Fleet Air Arm grew in both size and capability throughout the war and from relatively constrained beginnings in 1939, saw sea versions of the Hurricane and Spitfire evolving into highly capable naval aircraft complemented by Fulmars, Barracudas and Fireflies. Under the lend lease scheme, specialist American carrier types such as the Martlet (Wildcat), Corsair, Avenger and Hellcat helped provided the Fleet with a range of aircraft comparable or superior to the enemy both in Europe and the Far East.

Churchill knew from the outset that victory in Europe depended on one overriding factor – the ability of Britain to keep her sea lanes open, especially across the North Atlantic ensuring vital supplies of food, fuel and raw materials reached the UK safely, not only to keep the country from starving but ultimately to enable the D-Day landings, and beyond to victory.

One naval aircraft defied obsolescence and stood out from the rest. With its low speed, good manoeuvrability and inherently tough design, the bi-plane Swordfish served magnificently in the Battle of the Atlantic and throughout the war and still represents a symbol of the selfless courage, fortitude and achievement of the Fleet Air Arm. Help us continue to keep this last remaining link with Victory in Europe flying, as a lasting legacy of the great price paid to keep our Atlantic life-line open by making a donation today.