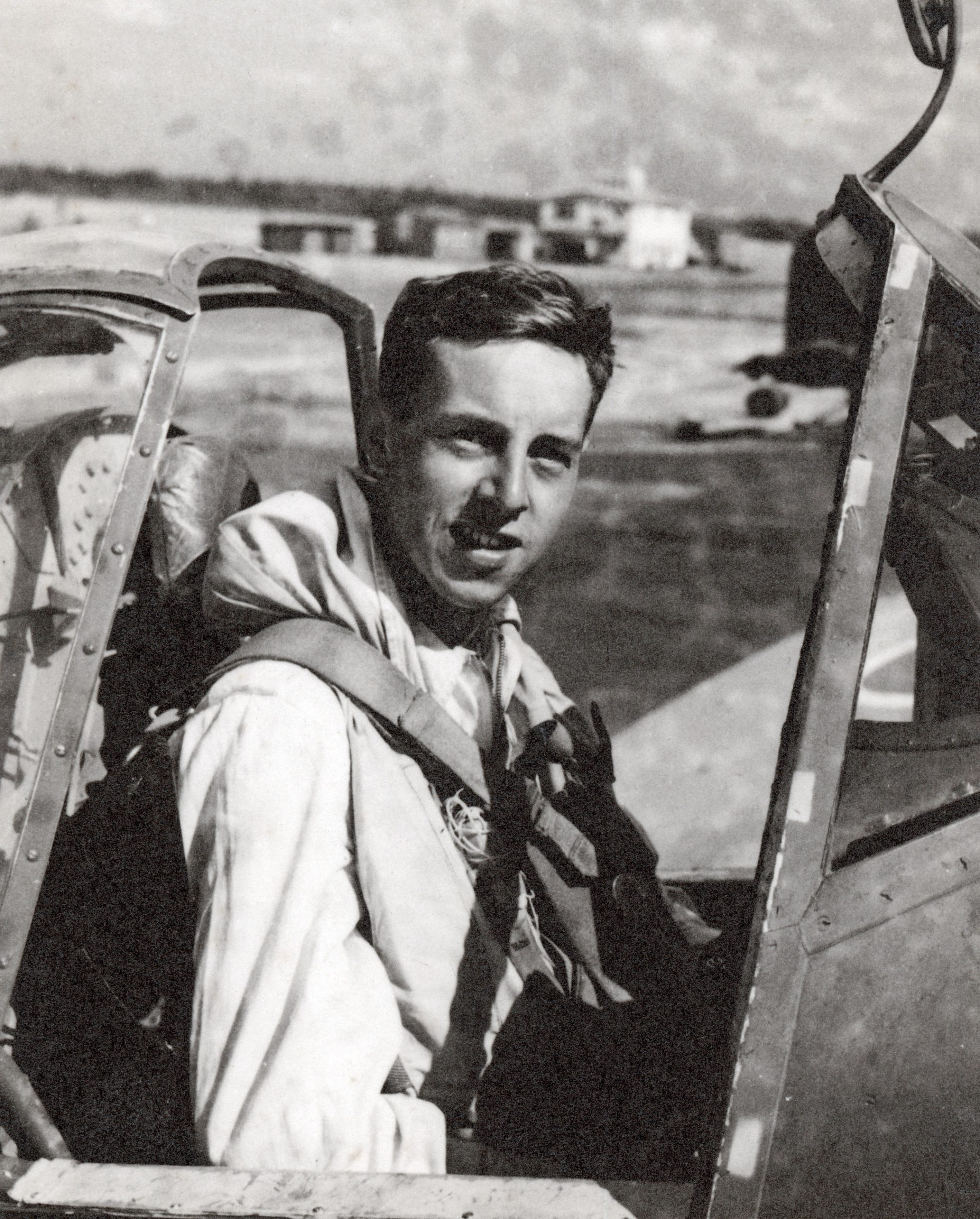 Ralph, pictured in the cockpit of a Firefly in the Far East, will be celebrating VE Day with his wife Anne and the residents of The Old Vicarage care home in Leigh, Dorset.

Although VE Day marked the end of the war in Europe, the war in the Pacific continued until VJ Day on 15 August 1945.

Navy Wings Supporter, Lt Cdr Ralph Jameson VRD RNVR (96), who was serving with 814 Naval Air Squadron, flying Barracudas and later Fireflies, in HMS Venerable as part of the British Pacific Fleet, remembers the feeling of still being in the thick of it while everyone else at home was celebrating.

“The Kamikaze pilots were causing havoc and the naval squadrons in the Pacific were facing fierce and relentless enemy action” said Ralph.

“814 Squadron embarked in HMS Venerable in March 1945 and on VE Day we were sailing eastwards to join the British Pacific Fleet in Sydney. Like so many others, I didn’t return home until many months after the end of the war,” continued Ralph.

HMS Venerable joined the 11th Aircraft Carrier Squadron supporting the American led Pacific campaign. “Whilst in Sydney preparing for the final assault on Japan, the first atomic bomb was dropped on Hiroshima” continued Ralph. “We sailed to Hong Kong to accept the surrender of the Japanese Garrison there and help with the rehabilitation of the colony. The relief of Hong Kong and getting the British prisoners of war home was both very emotional and rewarding” said Ralph.

The campaign included the successful attack on the Japanese held oil refineries at Palembang, the largest operation ever carried out by the Fleet Air Arm. 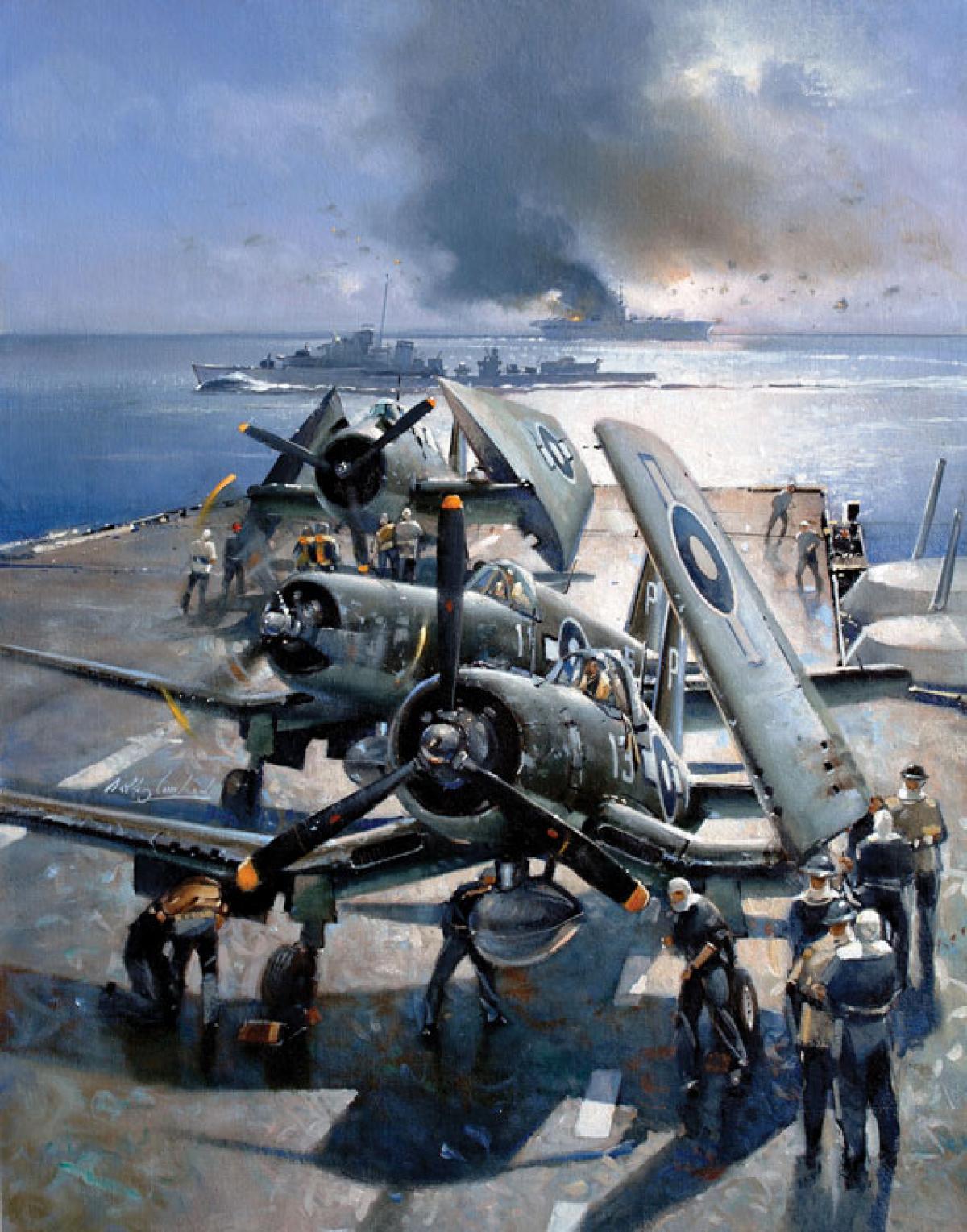 “The Fleet Air Arm was in action right up until the end of the war, and beyond, flying mercy missions dropping desperately needed supplies on prisoner of war camps on mainland Japan” said Ralph.

The war in the Pacific took a dreadful toll. Aircrews suffered nerve wracking exhaustion, heat and operational fatigue. “Had the Japanese not surrendered when they did the Fleet Air Arm was preparing to attack the most heavily defended targets in Tokyo – and they would have done it – they didn’t flinch” said Ralph. “To those who gave so much, we thank you.”

There were many individual acts of great courage and gallantry – and a Fleet Air Arm Victoria Cross – awarded posthumously to Lt ‘Hammy’ Gray who led his section of Corsairs in a shipping strike off the island of Honshu. Gray’s aircraft was hit but he bombed his target before crashing into the sea.

You can find out more about Lt ‘Hammy’ Gray here.