The contribution made by Fleet Air Arm Telegraphist Air Gunners (TAGs) in the Pacific War was one of great fortitude, resourcefulness, and conspicuous bravery. Many were lost through enemy action and 69 became Prisoners of War.

TAGs were awarded numerous Distinguished Service Medals and Mentions in Despatches for their actions and there is an exceptional story behind every one, such as Len Barrick, who received a Conspicuous Gallantry medal for guiding his blinded pilot to a safe landing on HMS Victorious in a Fulmar of 884 Squadron and went on to receive the Distinguished Service Medal for bombing operations at Sakishima.

Another TAG, ‘Dickie’ Richardson serving with 849 Squadron in HMS Victorious took part in the decisive bombing raids on the Japanese oil refineries in southern Sumatra and Palembang stemming the supply of fuel for the Japanese war effort, a crucial factor in bringing about the end of the war in the Pacific. During one of these raids on 29 January 1945, Dickie’s plane was badly hit after dropping their bombs. 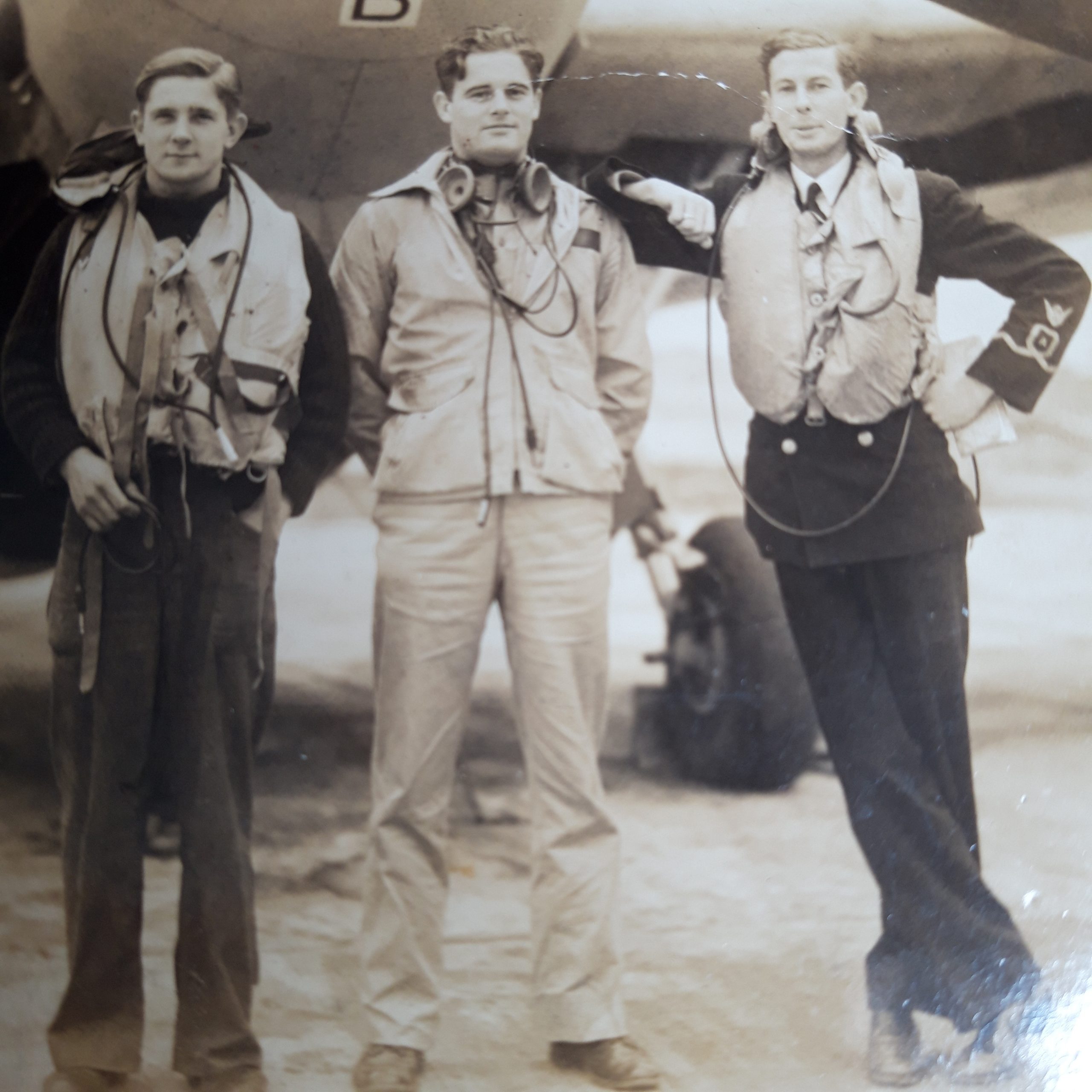 Dickie, left, pictured with pilot Johnny Hall and Observer Bruce Doxat-Pratt. After the war, Dickie played a leading role in reuniting members of 849 Squadron from all over the world, for an annual get together every November from the 1980s to 2015.

Prince Philip Saved Us from Dying

In January 1945, Roy ‘Gus’ Halliday and Petty Officer Norman ‘Dickie’ Richardson, his rear gunner, ditched their Avenger bomber, its wing on fire after a dog fight with the Japanese, in heavy seas off Sumatra.

Wearing only inflatable life jackets, the two men and a third crew member were facing death. Then came rescue in the shape of the Destroyer HMS Whelp, whose First Lieutenant was Philip Mountbatten (now Prince Philip, Duke of Edinburgh)

Dickie, who sadly passed away earlier this year, vividly recalled the day when Prince Philip’s quiet heroism in the British Pacific Fleet saved his life.

“I pulled a dinghy out of the aircraft, but it didn’t inflate” said Dickie. “‘Gus’ had skilfully flown us back towards the fleet before we were forced to ditch but relying only on our Mae Wests to keep us afloat, we were in a pretty dicey situation.”

Luckily, HMS Whelp was less than a mile away, close enough to put down a boat, although they had great difficulty getting it away in the strong swell.

“As the ship’s boat came alongside, Prince Philip was at the rail looking over” said Dickie. “He welcomed us aboard and took us down to his cabin where he lent us towels and dry clothing for us to wear. I remember he a framed photograph of his sweetheart, the future Queen Elizabeth II on the table in his cabin.”

“As a serving officer with the British Pacific Fleet, and before that in the Mediterranean, Prince Philip gave great service to his country. He was very well liked and set a great example to us all” said Dickie.

Dickie’s crew sailed with HMS Whelp to Freemantle where they re-joined HMS Victorious and in March, April, and May 1945, 849 Squadron was involved in intensive bombing raids over the Sakishima Islands and Formosa in support of the Battle of Okinawa. In June, the fleet returned to Sydney and most if not all the crew were rested. Dickie, meanwhile was retained for more action, this time as senior TAG and acting Chief Petty Officer flying further strikes – on shipping, harbours, and airfields on the Japanese mainland, two of those raids being on 10 August, the last day of action by the Fleet.

“I probably had my closest shave of all on that last day” said Dickie. “We were very nearly shot down on the raid in the morning and landed with a big hole in the wing.” The second raid on 10 August was his last recorded flight. Dickie had completed a total of 511 flying hours and had unbroken service with 849 Squadron from its formation in August 1943 to its decommissioning at the end of the war.

Prince Philip and HMS Whelp were in Tokyo Bay when the Japanese signed the surrender.

Dickie and the 21 year old pilot of the stricken Avenger, who went on to become Vice Admiral Sir Roy Halliday, were reunited with Prince Philip at Buckingham Palace 60 years later. “It was wonderful reminiscing with HRH Prince Philip as a fellow VJ Day veteran” said Dickie. “The air strikes at Palembang were fairly dangerous and I will never forget the day he saved our lives.” 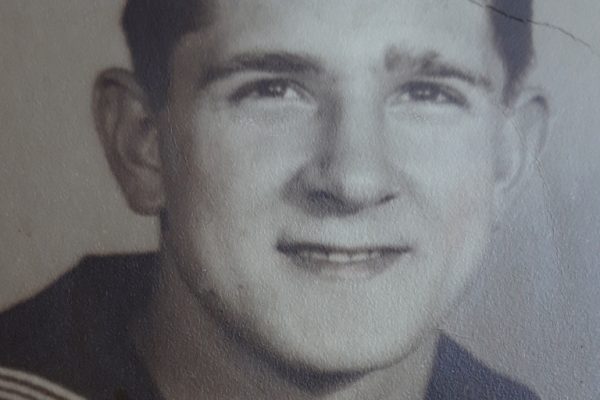 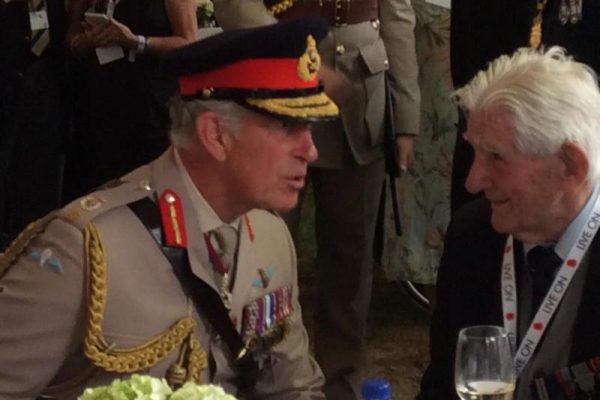