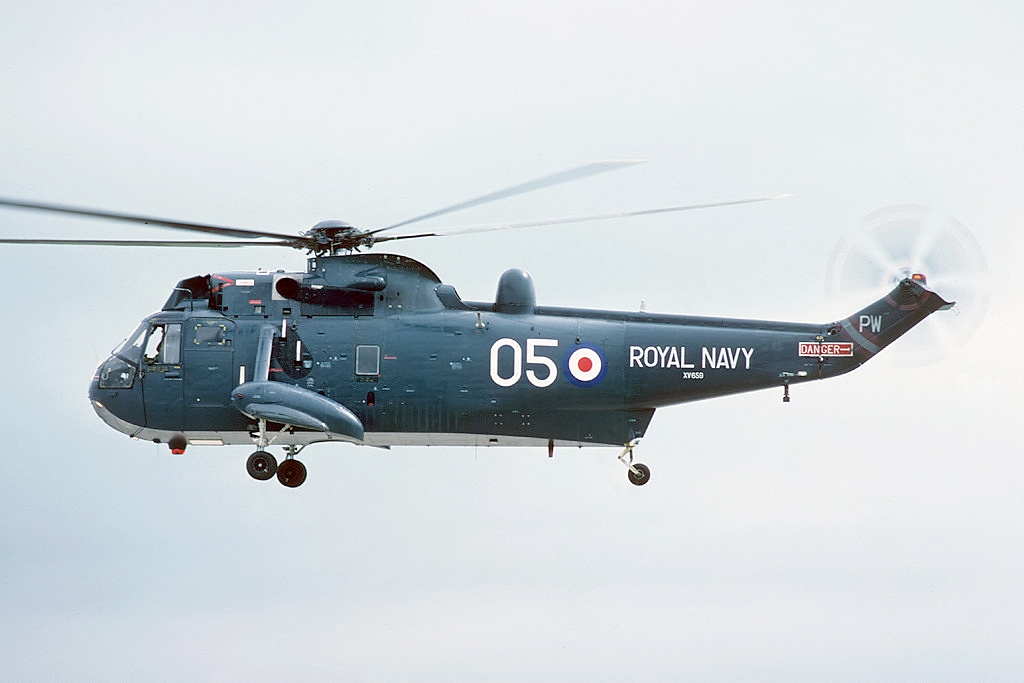 ‘A not so great ending occurred on a training flight. I spent a lot of time on 819 NAS at Prestwick. Initially the SAR duty crew was rotated around the crewroom, but we moved to a dedicated SAR flight with reduced response times by day and night and became more dedicated to the role. We were on a PAS boat winching training sortie as the duty SAR crew test flight in the morning after handover. Roy was left hand seat and the German Navy exchange pilot was right hand seat. We had been crewed up before and we thought we were on the same page.

We approached the boat and I lowered the aircrewman, who was Bob Yeomans (again). The delivery was successful and the cab circuited for the run in and pick up. As we ran in I conned the cab into position but was surprised when my ‘steady’ and then ‘go left’ commands were lost as the pas boat slid under the hull of the cab and out of sight. Paying out cable to prevent it going taut was ok whilst I could see the deck, but when it fell out of sight I cut the cable. No great bang or cloud of smoke, but rather a ‘you’ve done what?’ from the front seats.

Anyway we now had a u/s winch and a stranded crew member from the duty crew on a boat. Time to break out the Heave Ho Hoist. I had heard about this bit of kit, and seen it but never used it. It is basically two pulley blocks separated by lots of rope. It also looked like a snake’s honeymoon! I broke it out and got it into a working condition, the cab moved over the deck (a bit lower than normal due to the reduced reach) Bob hooked on and we moved clear of the boat and then tried to recover him.

I was pulling hard on the free end and Bob was pulling hard on his fixed end to raise himself up and make the job easier, but it was VERY hard work. He eventually came up level with the cargo door and scrambled inside, not an exercise I wanted to repeat again. The relief of getting him back was tempered by looking out and instead of being at 40ft in a hover, we were at 200ft! We recovered to Prestwick and swapped cabs, and had a meaningful debrief.

It was not always the actual SAR jobs that made you think, or stick in your memory some 30 odd years later, but before I added notes on jobs to my log book I still cannot remember what we spent over 8 hours doing on one job!’