The Lakes Flying Company Limited – a registered charity – has been set up to celebrate and to inform the public concerning the importance of the innovative contributions made to the development of naval and civil marine aeroplanes by Captain Edward Wakefield and by Waterbird®. The replica Waterbird is nearing airworthiness at her base in Windermere and you can follow her progress on their website via the button below. You can also view the 3D Waterbird model.

Waterbird is an Avro Curtiss-type. Avro did not give it a designation. It is a biplane, Avro ending their triplane configuration with the Avro D which first flew on 1 April 1911. The replica was built by inspecting the original surviving parts and from photos of the original. The design of the replica is faithful to the original save that instead of a Gnome 50 hp rotary engine it has a Rotec R2800 110 hp radial engine. There is an A. V. Roe & Co. plan – the oldest surviving of any Avro aeroplane – but it only offers basic information especially since upon transfer to Brooklands for flight testing as a landplane there were significant alterations made by Avro: 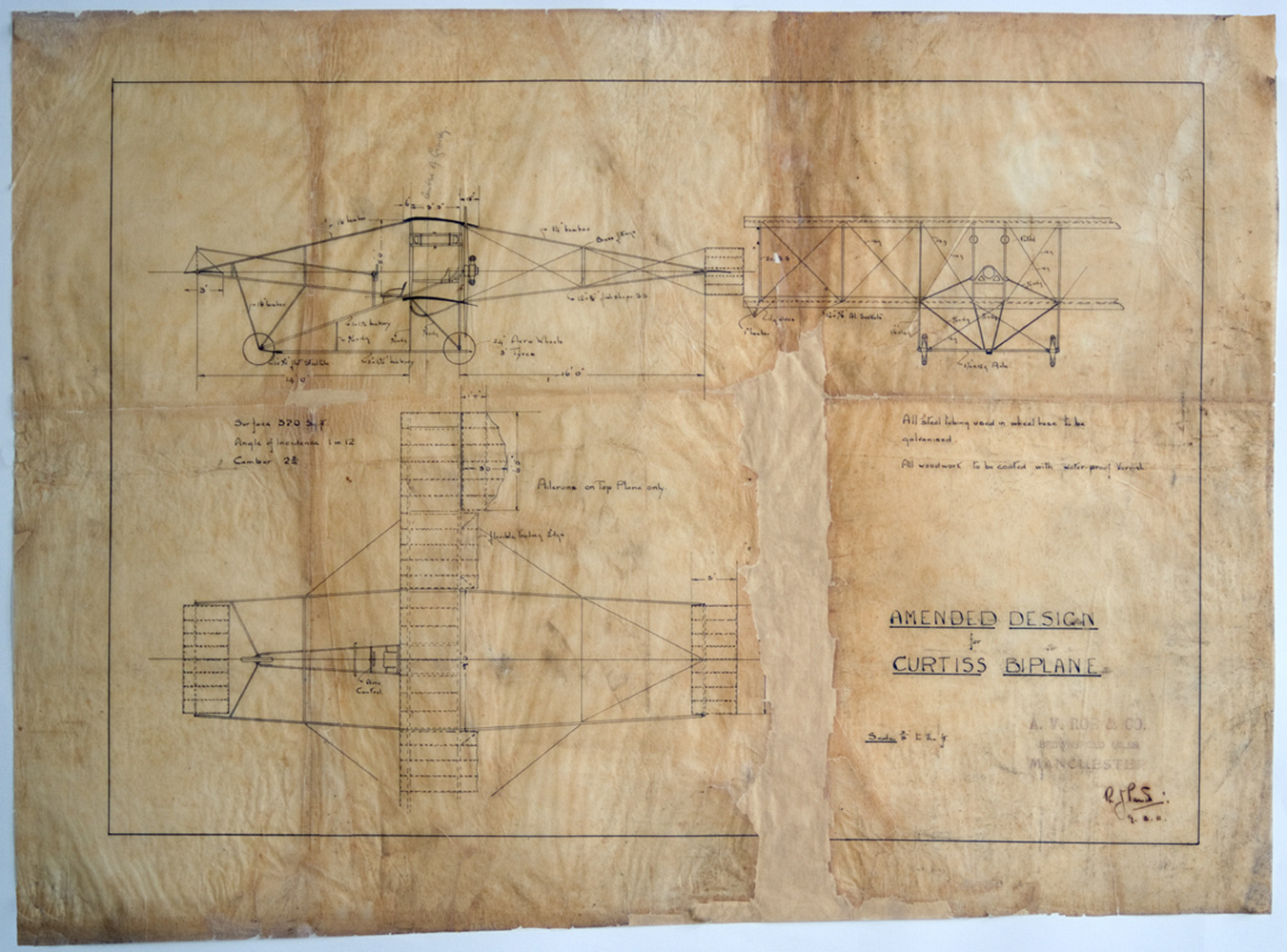 Those alterations included replacing the car-type control wheel with a control stick. The replica has an estimated 250 turnbuckles. Both the stick and the turnbuckle were invented and patented by Alliott Verdon Roe.
The ‘stepped’ float was patented by Edward Wakefield and claimed to be successfully used on Waterbird for the first time in the world.
The Curtiss element of the design includes the forward canard which serves as an elevator. An example of a modern aeroplane which uses the canard is Eurofighter Typhoon.
Waterbird Website
Waterbird 3D Model
Waterbird Float

Waterbird was the first aircraft in the UK to make a successful flight from water when she took off and landed on Lake Windermere on 25 November 1911. One of Britain’s most important aviation pioneers, owner Captain Edward Wakefield had bought the aircraft from A.V. Roe & Co. It was converted to a float plane at Wakefield’s base at Hill of Oaks and, from there, carried out numerous test flights including one of 20 miles duration with a height of 800 feet.

The base at Hill of Oaks soon became a key Admiralty testing centre and by the beginning of World War I was a major training facility for Naval pilots before their often short deployment to the Western and Mediterranean fronts. This led to the establishment of a Royal Naval Air Station at Windermere in 1916.

Waterbird was sadly written off in March 1912, when her hangar collapsed during a storm (but the canard, centre section, two stringers, engine, a tank, horizontal tail, rudder and main float all survived). Her life was short, but very productive. It provided the vital springboard to establishing a twin centre of technical innovation and flying expertise. This combination drove the development of more sophisticated aircraft at such a pace that by the end of 1914, just some two years later, viable carrier borne naval aircraft were in action against Germany. In 1918, a Felixstowe Flying Boat, piloted by Captain Cooper Pattinson from Windermere, shot down a Zeppelin for which he was awarded the DFC.

This was a period of enormous change as designers and engineers struggled to overcome the challenges posed by a new technology operating in a hostile environment. Before techniques were developed for operating from ships, the RNAS operated seaplanes often using special tenders. The first attack by ship borne aircraft, raids on the Zeppelin bases at Cuxhaven, Nordholz and Wilhelmshaven, was launched from these tenders on Christmas Day of 1914. This was followed by the Tondern Raid, again against Zeppelins, which was the first instance of carrier launched aircraft.

This great tradition of innovation and successfully overcoming the severe and unique difficulties of operating aircraft on water all stemmed back to the Water Bird and the pioneering designs and spirit that she represented.