We are all professionals round here? 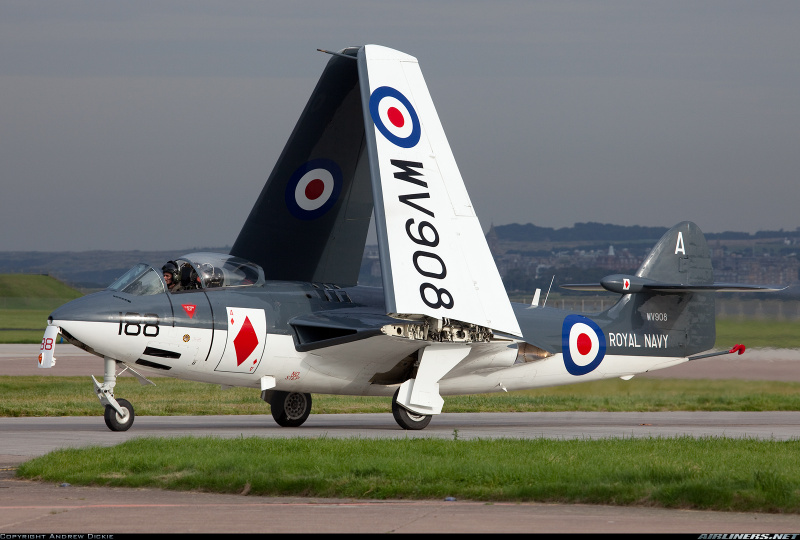 In the more relaxed days of Naval Aviation long ago, before the Public Accounts Committee took to scrutinising Defence spending so ruthlessly, it was sometimes possible to take an aircraft away for the weekend.

This was a much treasured concession especially when serving at a distant airfield in Scotland and concerned about the waning affections of your southern girl friend. If you had been a good boy and approached the Boss tactfully you could be lucky. Permission granted it was necessary to get airborne after the day’s work and before the airfield closed at 1700 on Fridays. No time for all that stuff about preflight and navigation – just kick the tyres, light the fire and blast off.

The Seahawk was a delight to fly, cruising at 0.7 M and with enough range to comfortably reach the south of England. It did not however have any navigation equipment and only one VHF radio. The designer had also failed to take into account the need for a suitable stowage for the pilot’s dinner jacket. This had to be screwed up into a tight package, protected by a bin liner, and offered up from below into the radio bay, from were it emerged on landing more often than not somewhat oil stained.

So soon at 30,000 feet on track 180 degrees and call up one of the military radar stations. “Thanks Border Radar, just give me a steer for Bovingdon in Hertfordshire, that will do nicely”

Bang down at Bovingdon which was an American transport airfield and taxy rather fast to give them a bit of a show, and watch mouths open as the wings fold passing the tower. Memory does not recall whether the girlfriend was receptive or not.

Back early on Monday morning it was time to get the aircraft home for the daily task at Lossiemouth. All Naval pilots were “QS”, qualified to sign for first line servicing so that they could turn the aircraft around while away from base. Everything still seemed to be in the same place as on Friday, but hang on a moment- what’s this? 3 small gauges up in the nose gear bay and one needle is at zero. Don’t seem to remember ever having seen them before but it looks as if the bird needs air.

Help in the shape of a massive US sergeant arrives and shortly afterwards returns towing a trailer with large air bottles. We connect up and give him the OK to turn on the tap. Immediately there is a loud explosion and a cloud of smoke and dust surround the aircraft. Bad news, the inflatable rubber cockpit seal has split from end to end.

Wrong sort of air, it obviously doesn’t like 3000 psi. On the way home at height with the weekend hangover not helped by lack of cabin pressurisation time to reflect and consider the consequences. No more weekends – a dismal prospect. Try a confident saunter into the line shack to sign off the A700 “Sorry Chief, bloody thing just blew up on me at 30,000 feet”

Could anything so incompetent ever happen in a professional Naval Air Squadron? Obviously yes but perhaps with the stakes that high some economy with the truth is justified?