Rolls-Royce Motor cars and the British Music Legend, the late Sir George Martin CBE, have made a donation of £66,667 to Navy Wings to help keep the Nation’s rare and historically significant naval heritage aircraft flying.

The donation was made from the proceeds of the sale of a highly-bespoke Rolls-Royce Wraith, inspired by the legacy of songwriter and producer, Sir George Martin’s contribution to the British Music Industry.

One of a series of nine Rolls-Royce ‘Inspired by British Music’ cars, created in collaboration with some of British music’s most revered rock and vocal artists, the stunning George Martin Wraith sold at auction last month for £350,000.

Speaking of the donation James Crichton, Rolls-Royce Motorcars Manager Europe said “Rolls-Royce Motorcars is delighted to have had the opportunity to celebrate Sir George Martin’s inspirational musical legacy through his son, Giles, with a bespoke, hand-built motor car. The car showcases Sir George’s legendary work with the Beatles and is a personal expression of his music and personality. What this collaboration has achieved is an ultimate collectors’ piece with an unrivalled place in our national musical culture and heritage, and we are especially pleased that proceeds of the sale will also support Sir George’s chosen charity.”

Sir George Martin CBE was an Ambassador and active supporter of the Fly Navy Heritage Trust for many years and the car was offered for auction at the Charity’s Ambassadors’ Dinner in The Orangery at Kensington Palace in October.

Speaking at the dinner, Giles Martin said: “My father had a huge impact on British Music during his career and this magnificent car is a tribute to a lifetime of achievement. He did so much to influence a golden era in British music and he would have been thrilled, especially with the interior details including his number one hits listed on the hallmark Wraith waterfall. I am delighted that proceeds from the sale will go to Navy Wings.”

Sir George, known as ‘the Fifth Beatle’, served as an Observer in the Fleet Air Arm for four years, joining as soon as he was old enough, at 17 in 1943.

“My father always said that joining the Fleet Air Arm was the best thing he ever did” continued Giles. “He enjoyed the sense of teamwork, but more than that, the ethos, professionalism and approach to technological problem solving inspired him for the rest of his life.” 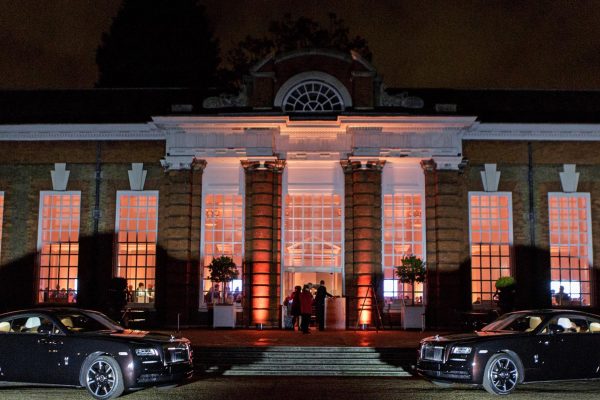 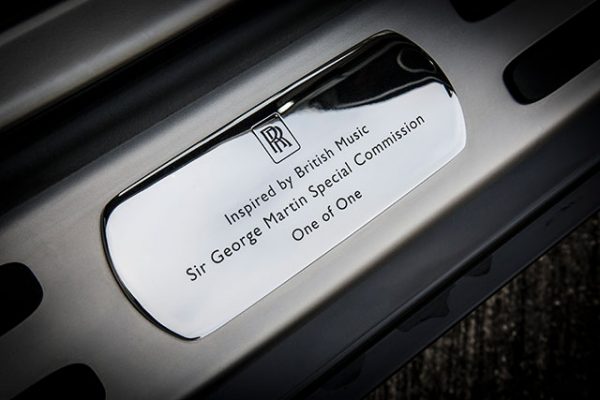 Rodger, whose Studio 434 collection of vintage cars is one of the largest in Europe, said “I am proud to be the owner of this magnificent car and to support the Nation’s naval aviation heritage at the same time. I know that Sir George wanted to ‘give back’ to a cause that had personally given him so much as a young man – enabling the ingenuity and technical innovation of naval aviation to live on in the flying heritage aircraft. I feel very much the same – and the George Martin Wraith will be a gem in my collection.”

The cheque was handed over at Royal Naval Air Station Yeovilton last week with two classic vintage carrier-borne aircraft, the Fairey Swordfish and Hawker Sea Fury T20 as a backdrop.

Commodore Jock Alexander OBE FRAeS, Chief Executive of the Charity said “The challenges of restoring and maintaining rare heritage aircraft are enormous. The scarcity of engines and spares in particular, make it increasingly expensive and this generous donation will provide vital funds to keep the Navy’s heritage aircraft flying as a focus of remembrance and inspiration for future generations.”

Simon Hope, Chairman of H&H Classics and auctioneer at the Kensington Palace Dinner said “It was a privilege to sell a car with such a unique provenance.” 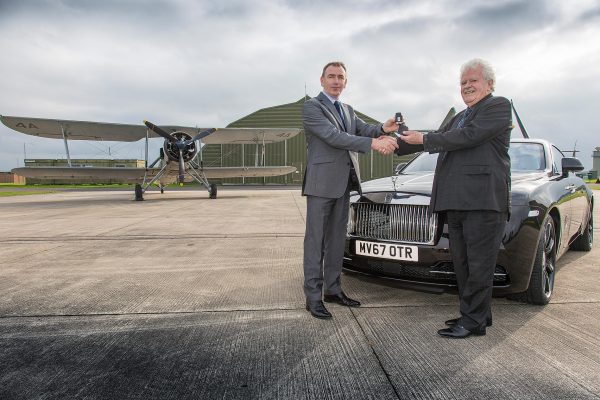 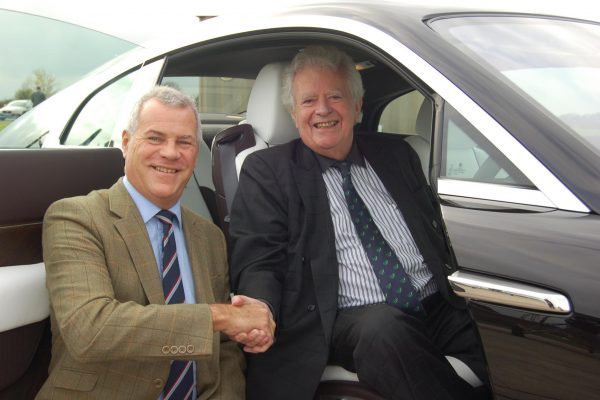 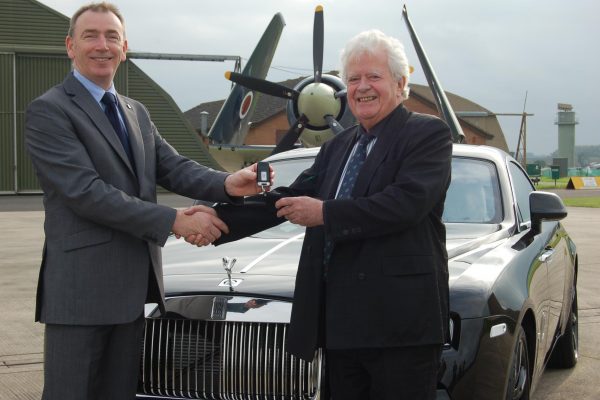