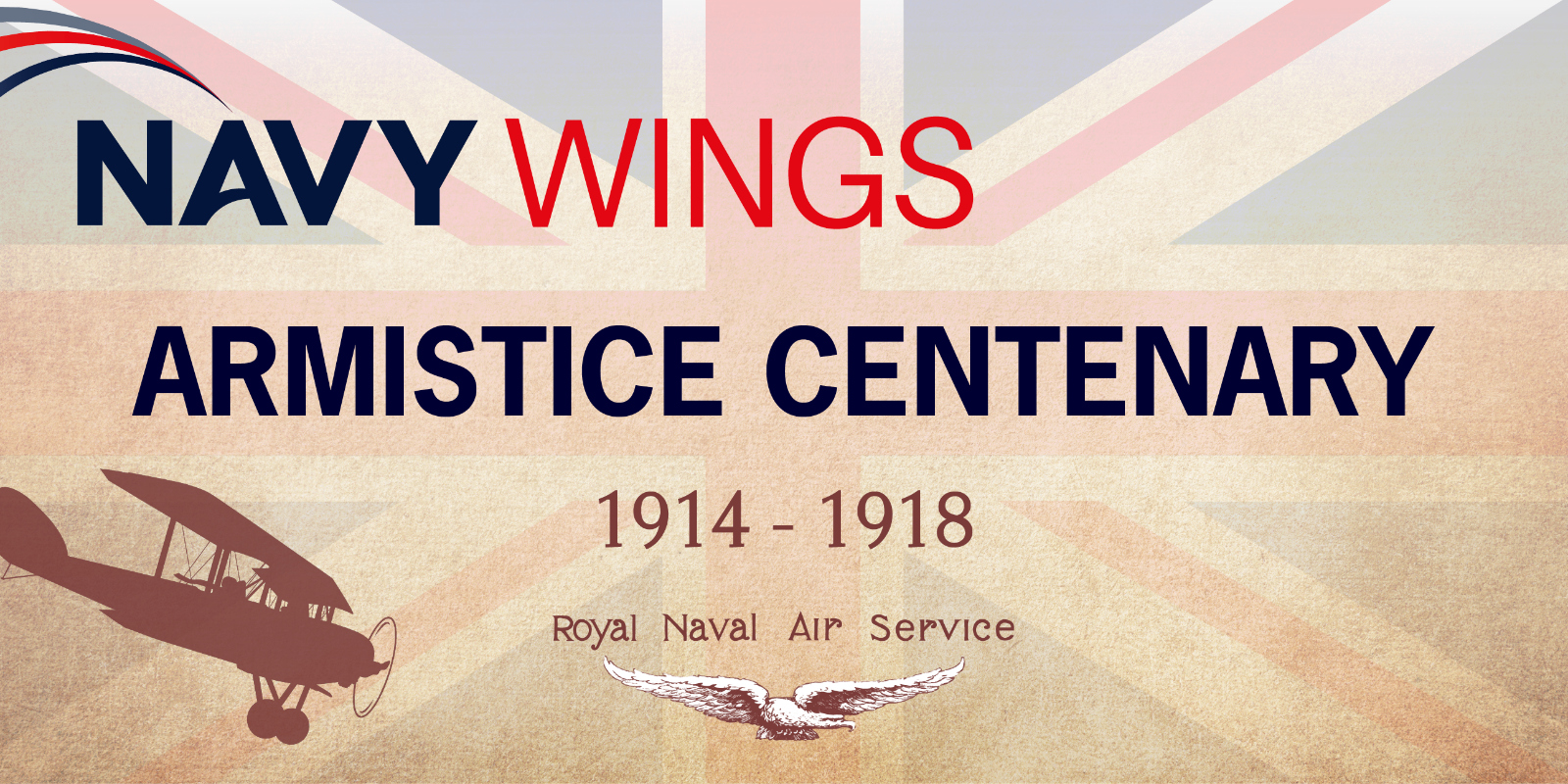 This year’s Centenary of the end of the First World War is a landmark anniversary for Britain and the world. The colossal impact of the Great War has been extensively documented, yet public awareness of the daring and courageous exploits of the Royal Naval Air Service and the influence of Naval Aviation in the First World War is still little known.

The Royal Naval Air Service (1914-18) fought with distinction and valour on all fronts during WW1, pioneering many aspects of aerial warfare, winning two Victoria Crosses and leading the way in innovation and endeavour that was to establish the ethos and spirit of the Fleet Air Arm today. Britain declared war on Germany on 4 August 1914, and even though flying was barely out of its infancy, within weeks the RNAS had pioneered the first strategic air raids against Zeppelins in their bases many miles from the sea – outstanding achievements in navigation and daring. Winston Churchill saw the potential of naval aviation from the outset. The RNAS raid on the Zeppelin factory at Friedrichshafen on 21 November 1914, a flight of 250 miles across enemy country, completely destroying the Zeppelin sheds, was an extraordinary accomplishment and is recognised today as the first strategic bombing raid in history. A few weeks later in December 1914, the RNAS raid on Cuxhaven was another defining moment in history, being the birth of ‘Carrier Strike’, the first time, aircraft operating from ships at sea achieved strategic effect ashore.

Naval Air Squadrons also flew alongside the Royal Flying Corps in combat over the trenches, making an important contribution to the Western Front air war.  The young airmen of the RNAS were spirited and ingenious adventurers with a zest for life and pushing the boundaries. In four short years they pioneered the development of ship-borne combat aircraft, anti-submarine warfare and the first aircraft carrier, skilfully building the RNAS into a highly effective naval air arm.

It is often overlooked that the RNAS also developed the first armoured cars. At its height, the RNAS had 55,000 personnel, 3000 aircraft and 103 airships.

895 Naval Airmen lost their lives, many over France and Belgium and thirty during the Gallipoli Campaign. The Royal Naval Air Service Dardanelles Armoured Car Division also suffered many losses. The average age was 24 and over a third of RNAS losses were under 21. The youngest RNAS casualty was Boy Mechanic William James Mackey, aged 17. He died on 5 August 1917.The Royal Naval Air Service Roll of Honour is held in the Fleet Air Arm Memorial Church St Bartholomew, RNAS Yeovilton.  Their efforts and sacrifice not only established the origins of the present day, Fleet Air Arm but live on through the work of Navy Wings. We will remember them.