The Royal Navy Historic Flight, which has flown the flag for the Royal Navy at air shows and public events around the country for nearly 50 years, stands down on 31 March 2019.

Founded in 1972, the Royal Navy Historic Flight, based at RNAS Yeovilton, has kept the Royal Navy’s aviation heritage in the public eye, displaying some of Britain’s most iconic naval aircraft, including the Swordfish, Sea Hawk, Sea Fury and Firefly to audiences of over 3 million people a year.  These historic aircraft are the golden thread linking the past with current operations and the future.  Flying them at air shows and events brings history to life in a dynamic way showcasing the story of naval flying and the technological advances that have led the world.

The uniqueness of the Royal Navy Historic Flight collection, including some of the rarest and most historically significant Royal Navy aircraft in the world has also made the Flight a source of great national pride and a tribute to all those who have served in the Fleet Air Arm.

Today the collection includes the only two flying Fairey Swordfish in the world. These two aircraft, Swordfish Mk II LS326, the aircraft around which the original Flight was formed, and Swordfish Mk I W5856 are national treasures, as important in our nation’s history as the Spitfire and the Hurricane.

Now, nearly 90 years since the much loved ‘Stringbag’ entered service with the Royal Navy and played such a vital part in the Battle of the Atlantic (1939-45), these distinguished old aircraft are set to come off the military register and end their service under the White Ensign. 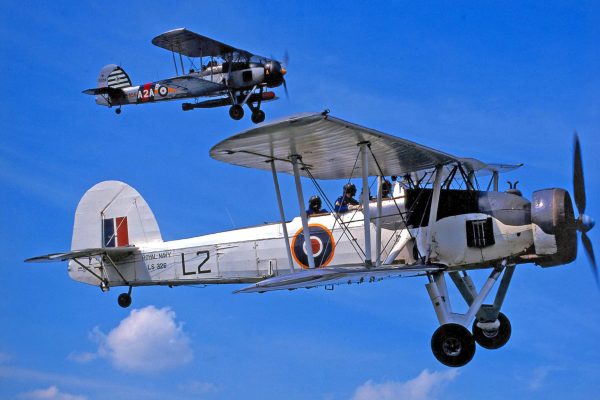 The only two flying Swordfish in the world

Swordfish Mk II LS326 and Swordfish Mk I W5856. The retention and preservation of a flight of historic aircraft was first approved by the Admiralty in the early 1960s when Swordfish LS326 was gifted to the Royal Navy by Westland Aircraft Ltd as a living memorial to all those who have served in the RNAS and Fleet Air Arm since the birth of naval flying in 1909. 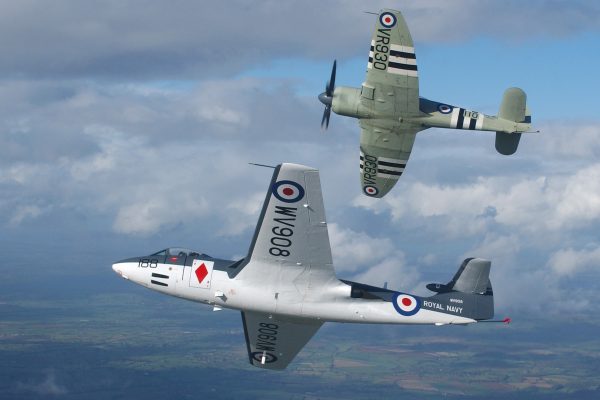 Showcasing carrier aviation of the past and the entry of the jet age. These two beautiful and graceful aircraft reflect the quantum leap in capability of naval aviation during the 50s and 60s and are the forerunners of the F-35 jets of today. Taken by LA(PHOT) Dan Hooper

Over the next few months, responsibility for maintaining and flying the aircraft is expected to transfer to the charity Navy Wings, securing their long-term future flying as civilian rather than military aircraft.

The Charity has supported the Flight for over 25 years with annual grants and donations including a major gift of £250,000 towards the rebuild of Swordfish Mk1 W5856, the oldest flying Swordfish in the world. Additionally, the Charity has supplemented the Flight with its own naval heritage aircraft, including a Hawker Sea Fury and de Havilland Sea Vixen, when naval aircraft have been unavailable. Input from industry has also been fundamental in keeping the aircraft airworthy with engineering support and design advice from BAE Systems, Rolls-Royce and Leonardo proving invaluable.

Negotiating the gifting of military heritage assets can be a lengthy process but the Royal Navy and Navy Wings are working closely together to finalise details of the transfer, ensuring that the aircraft will not be lost to the nation and will continue to fly on the air display circuit for years to come.

As the Flight stands down, all those Service and civilian personnel who have served and worked with such commitment and dedication to keep the aircraft flying over the past 48 years can be proud of their success and achievement. We salute you! 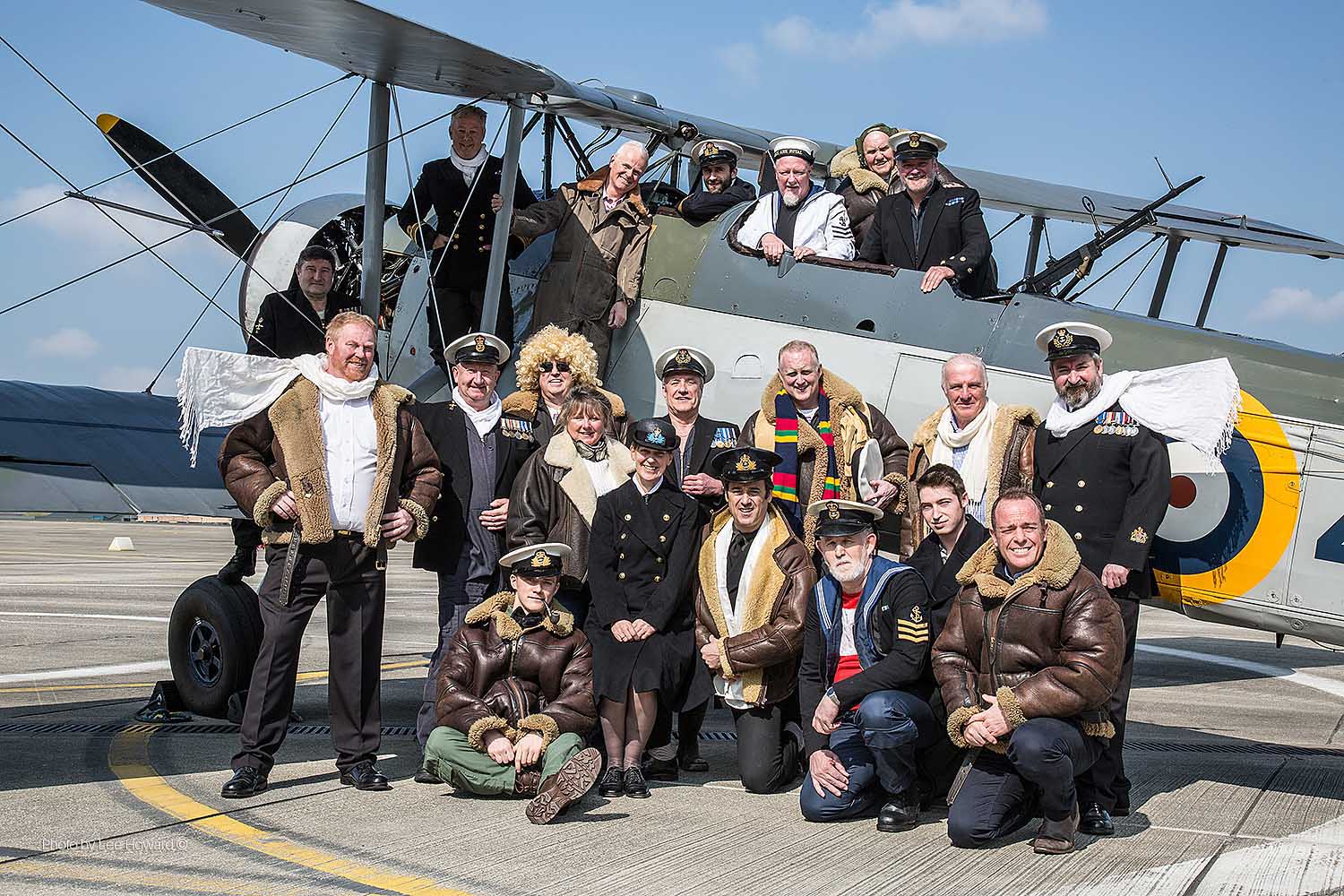 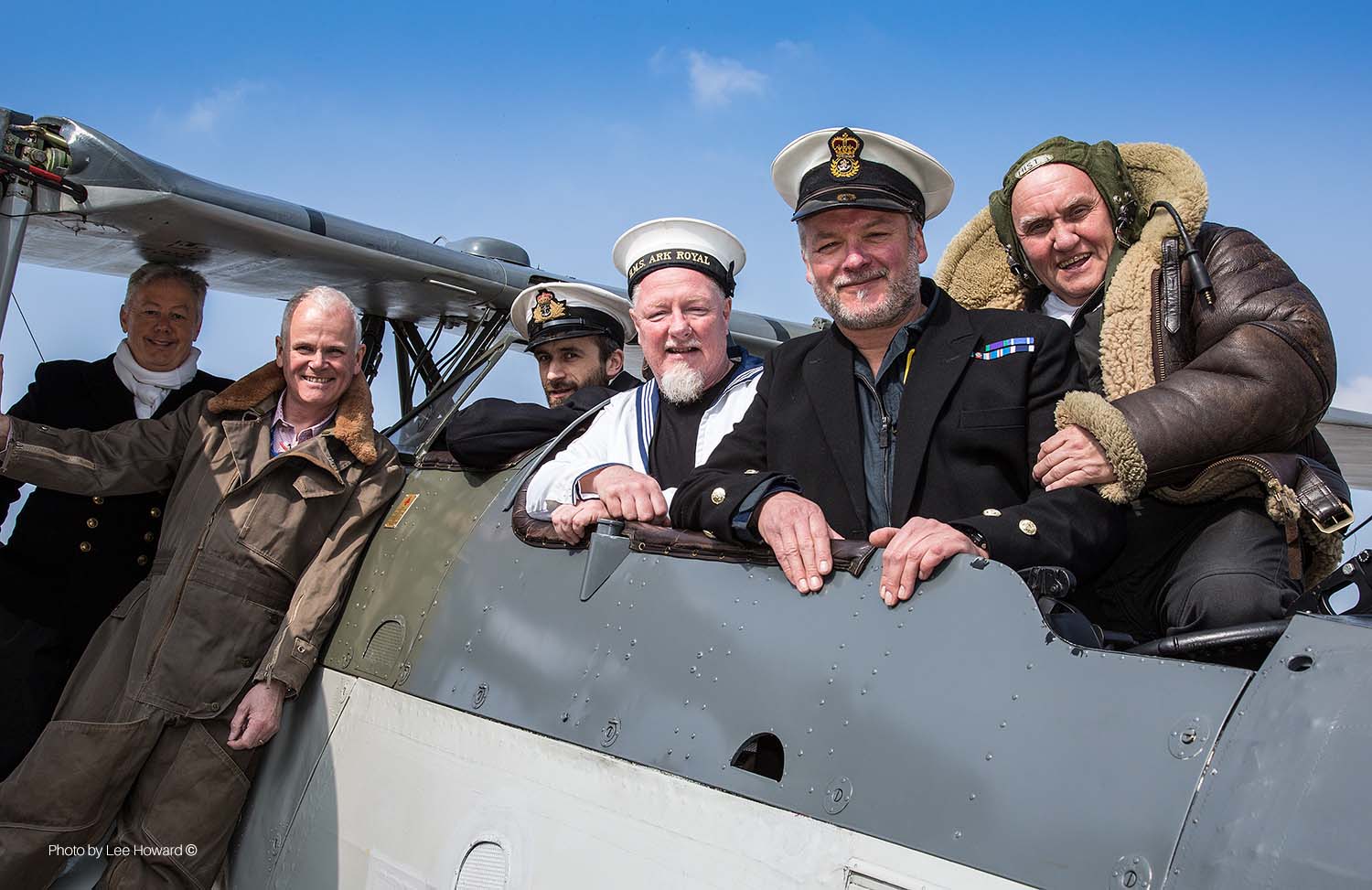 Engineers and pilots of the Royal Navy Historic Flight 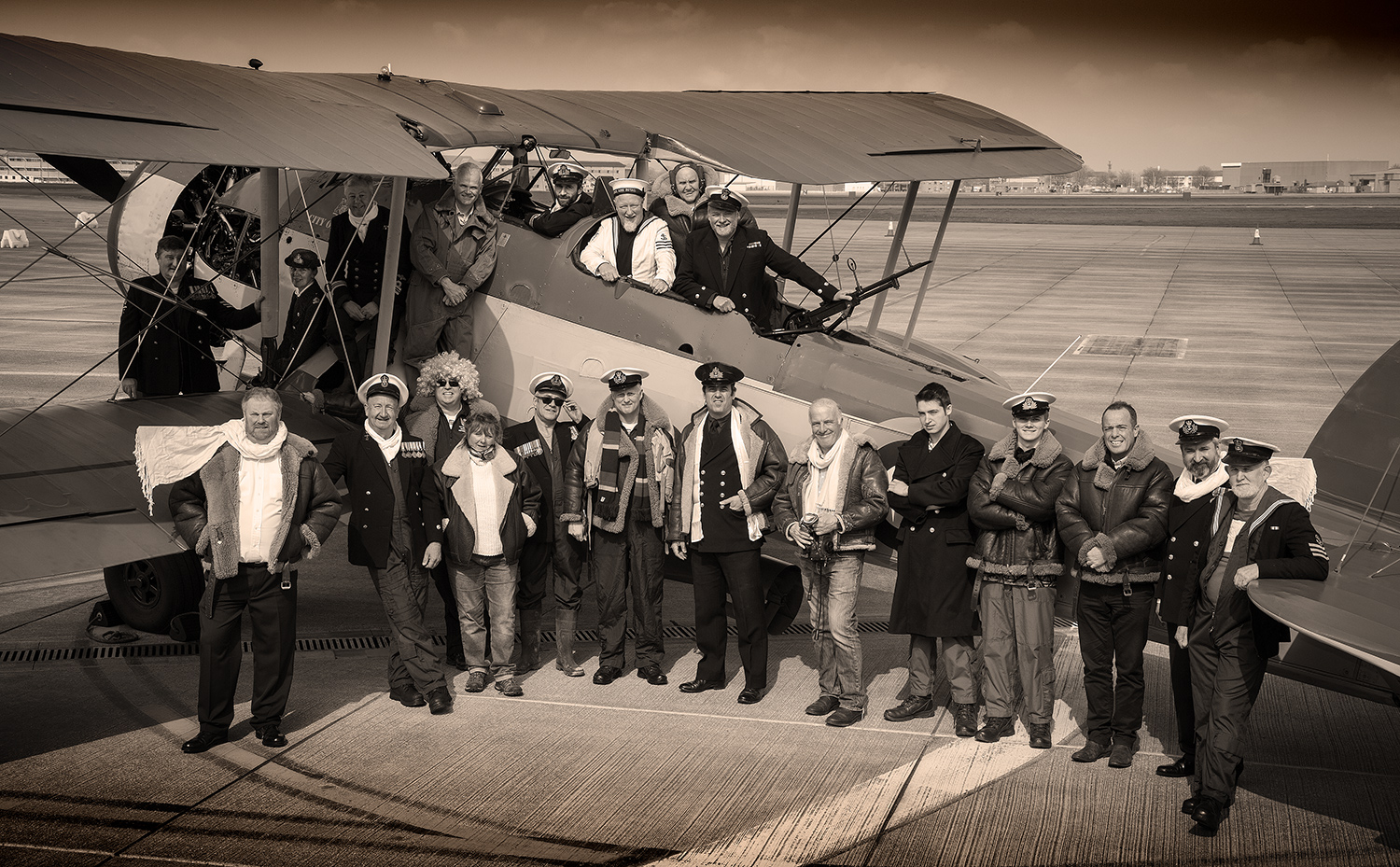 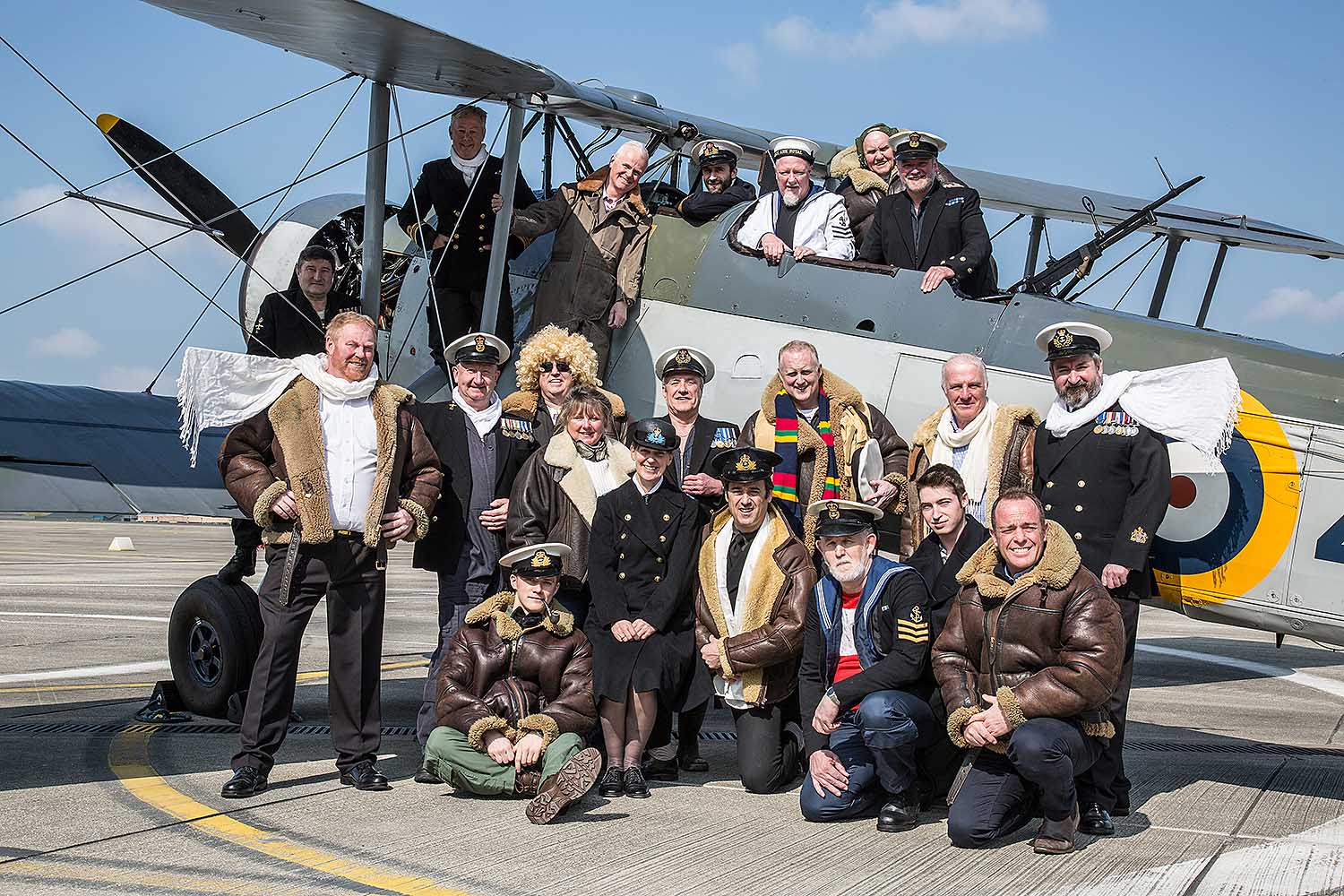 A momentous day for the Royal Navy Historic Flight

End of an Era

Lt Cdr Mark Jameson, the Commanding Officer of the Royal Navy Historic Flight, former Commanding Officers, pilots, engineers, maintainers and ops staff gathered around the Swordfish in the true spirit of the Fleet Air Arm this morning marking the stand down of the Royal Navy Historic Flight after nearly half a century of keeping the Fleet Air Arm in the public eye.