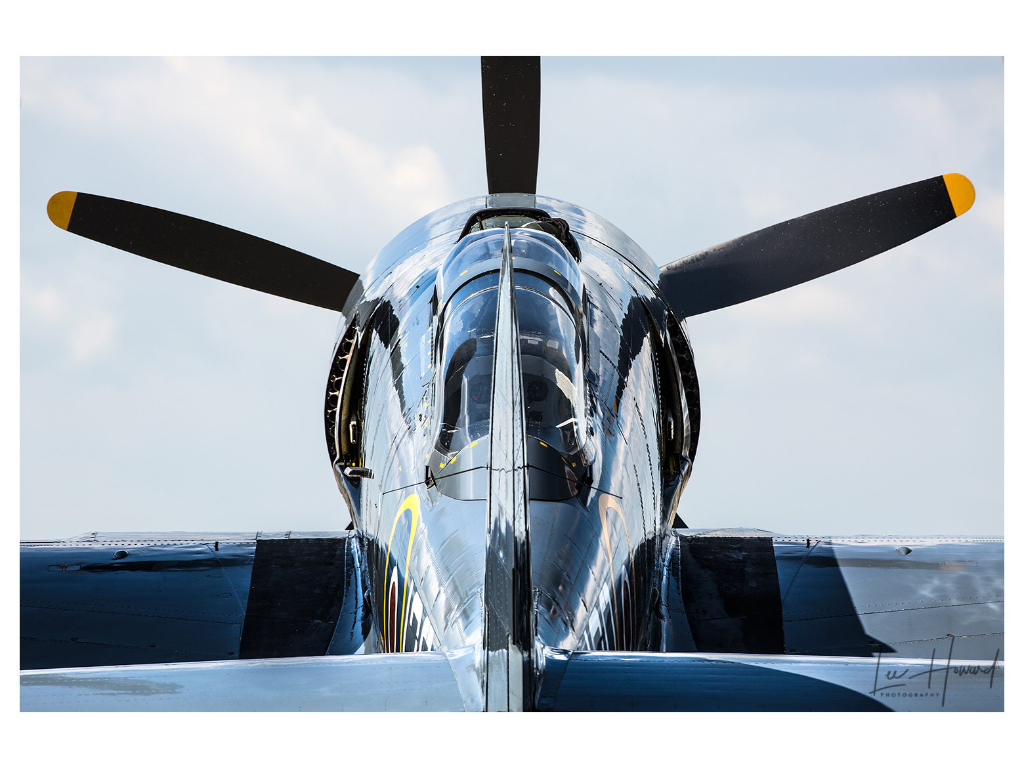 As we move through the various actions that need to be taken following the accident on Wednesday 28 April we will keep all updated here on the Navy Wings website.

The Sea Fury has been recovered to the heritage hangar by the Joint Aircraft Recovery and Transportation Squadron (JARTS) working closely with the Navy Wings team. JARTS were working in the area on a training exercise and provided their expertise and experience to help us recover the aircraft. The aircraft is now secured and we await the next stage of the investigation process to start. Images of the recovery process can be seen below

We are very pleased to confirm that our Sea Fury pilot was discharged from hospital over the weekend and we were delighted to welcome both pilots back to the Navy Wings offices today. 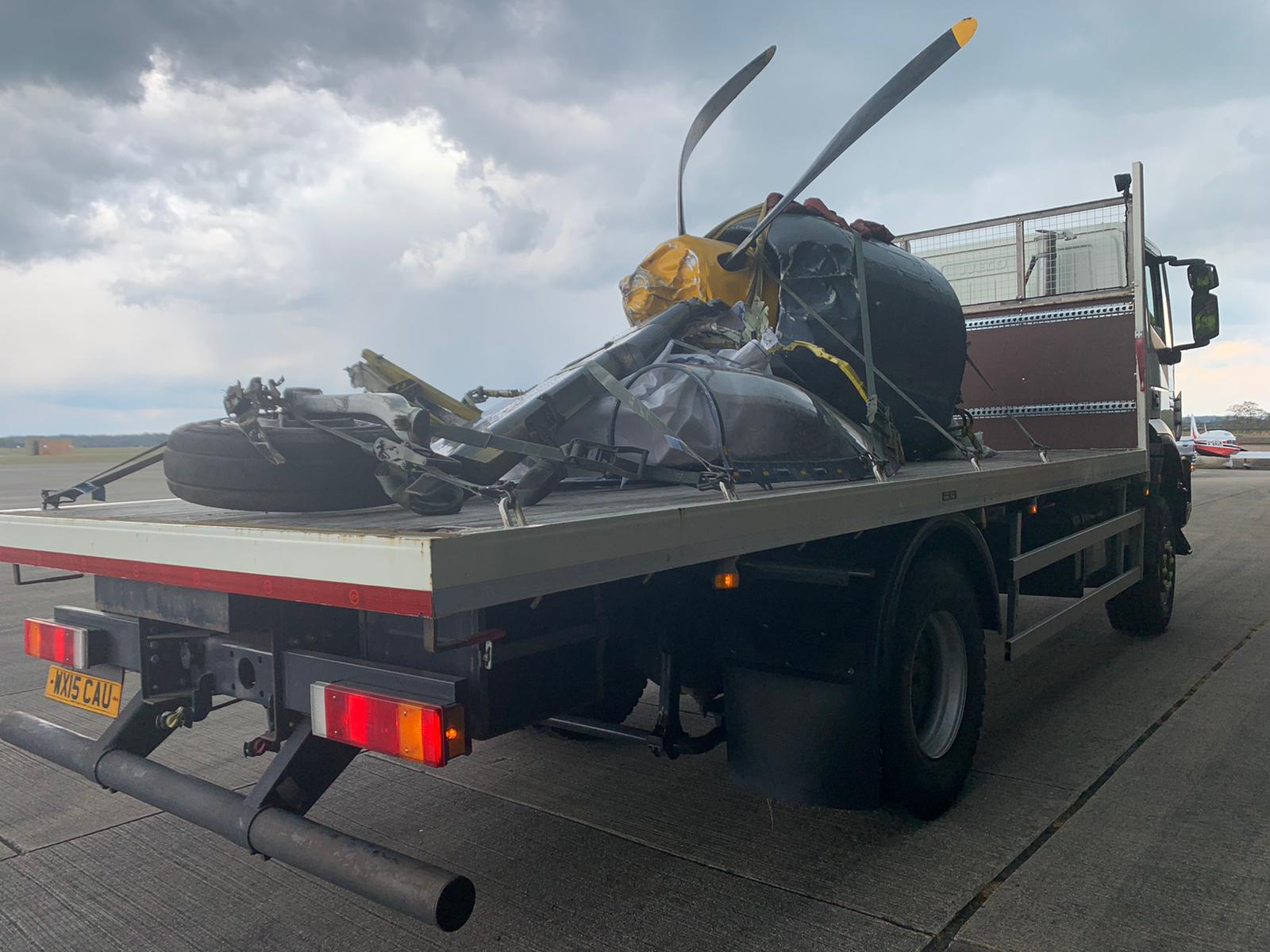 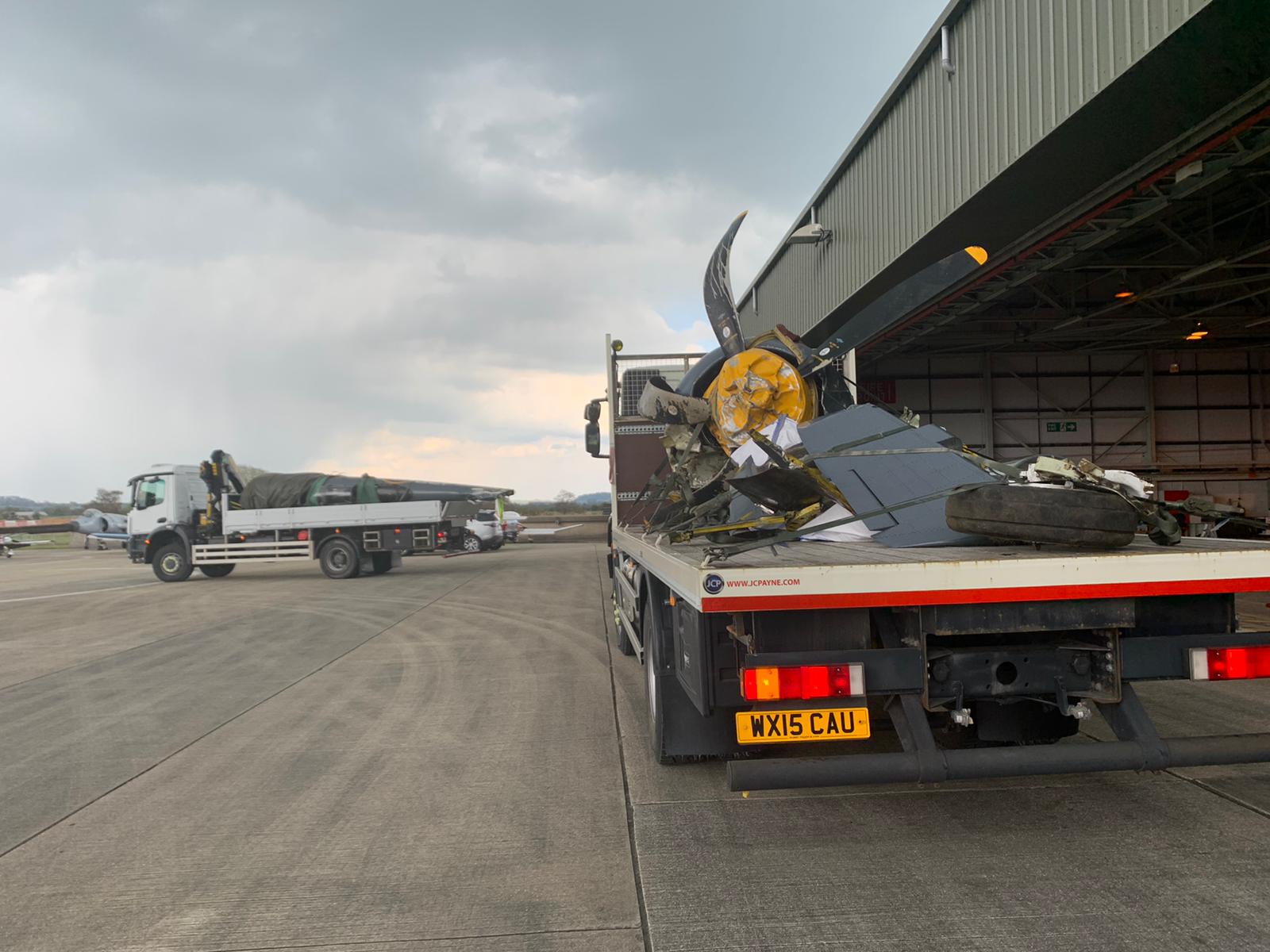 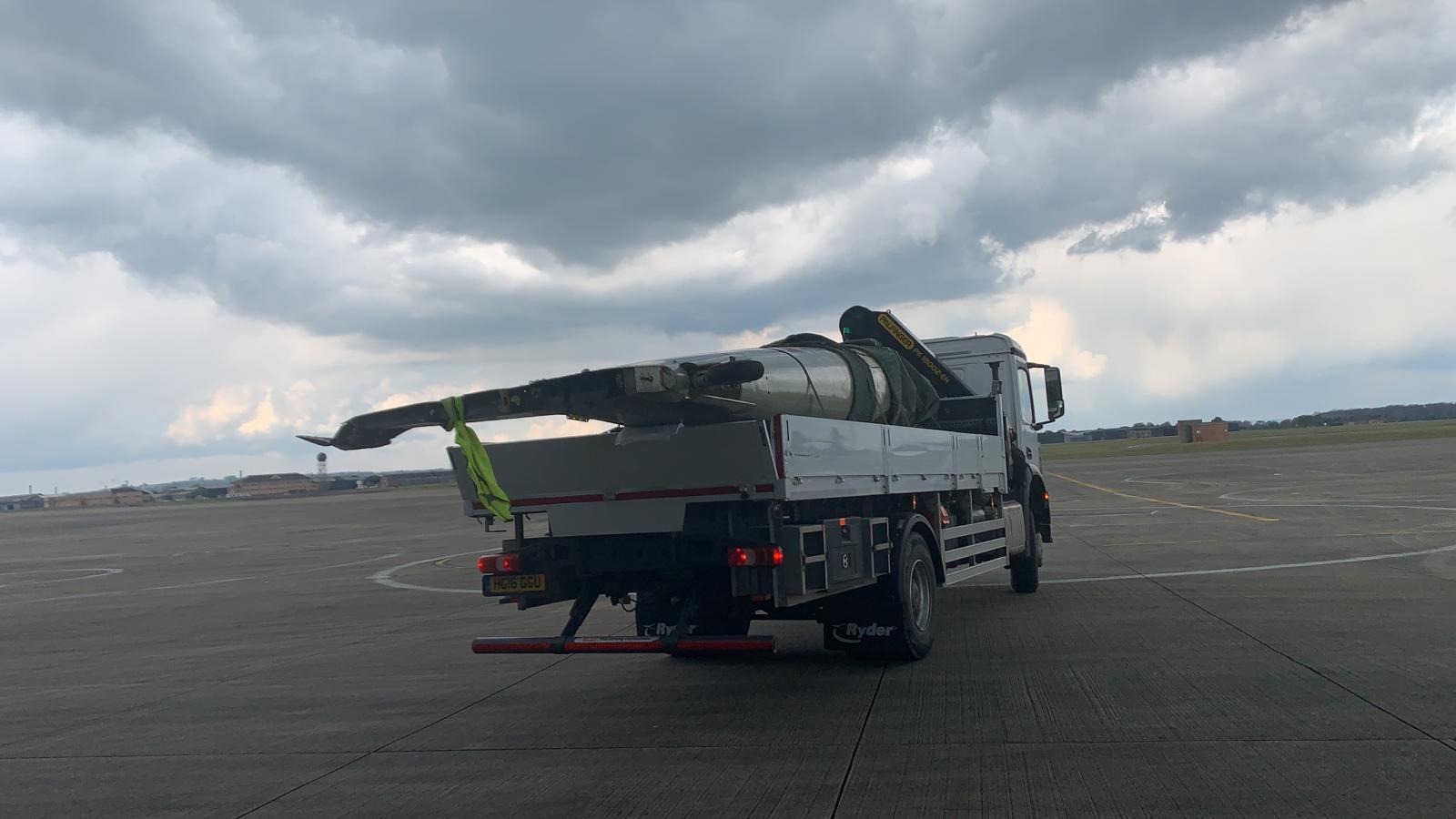 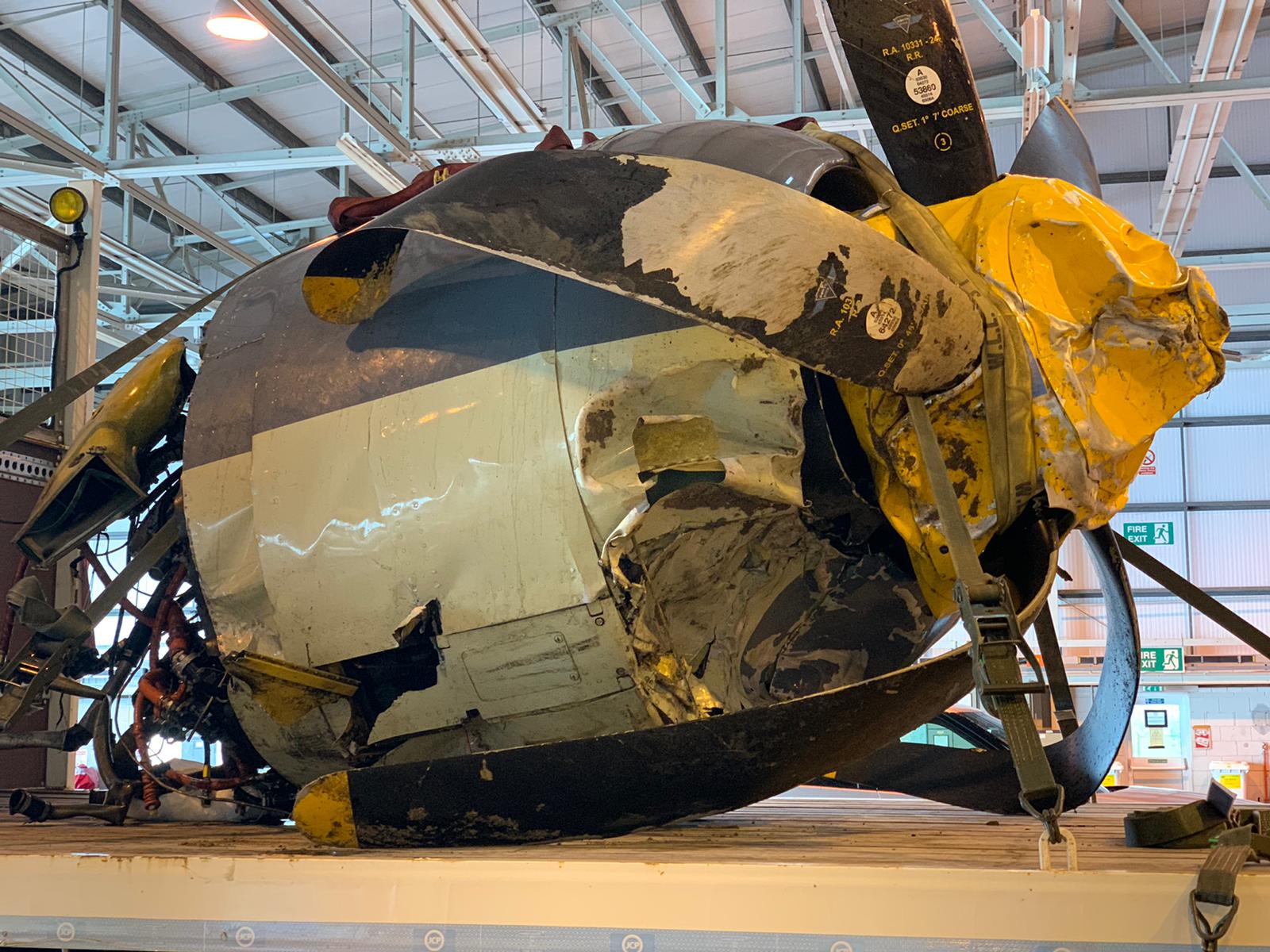 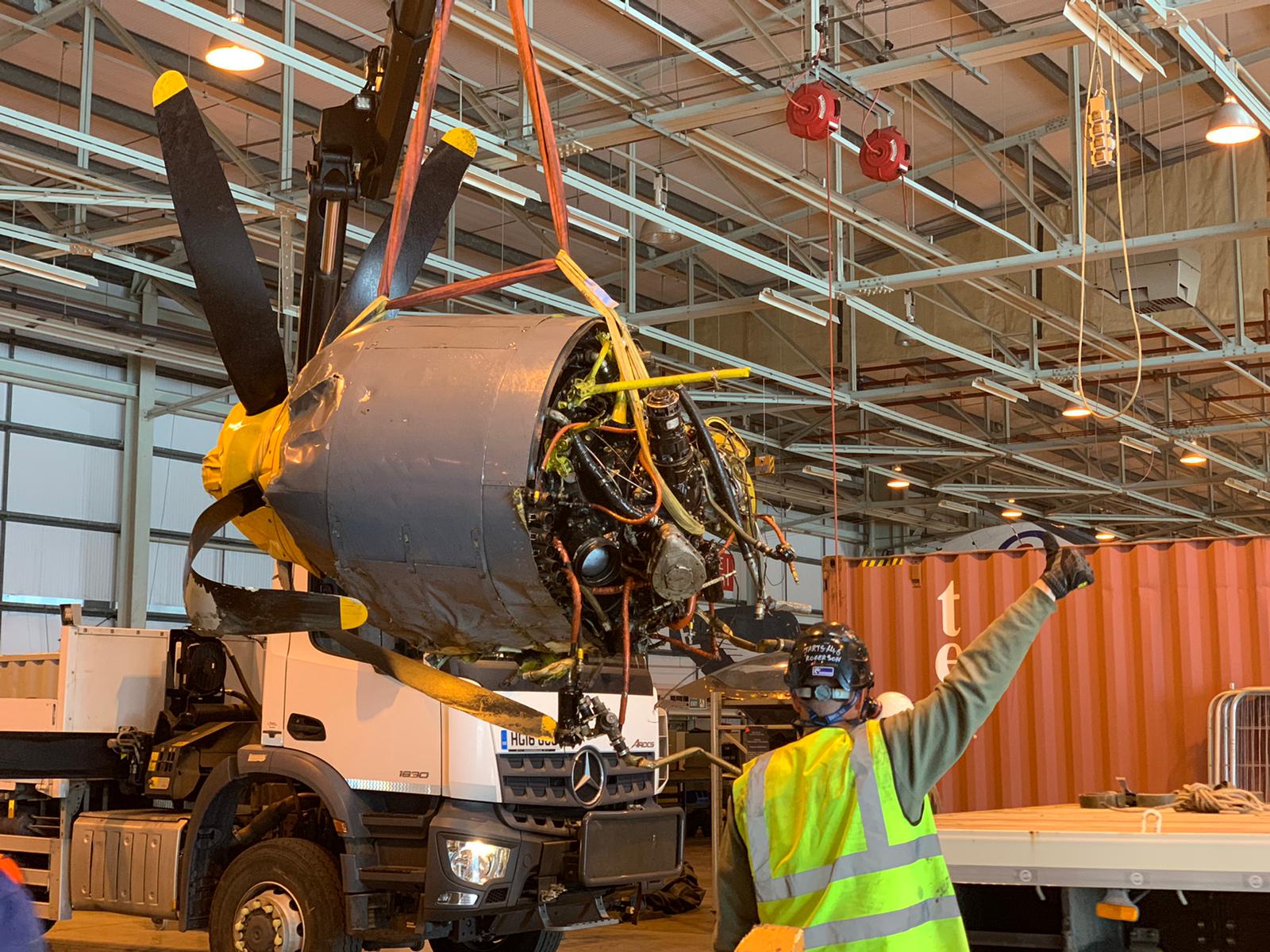 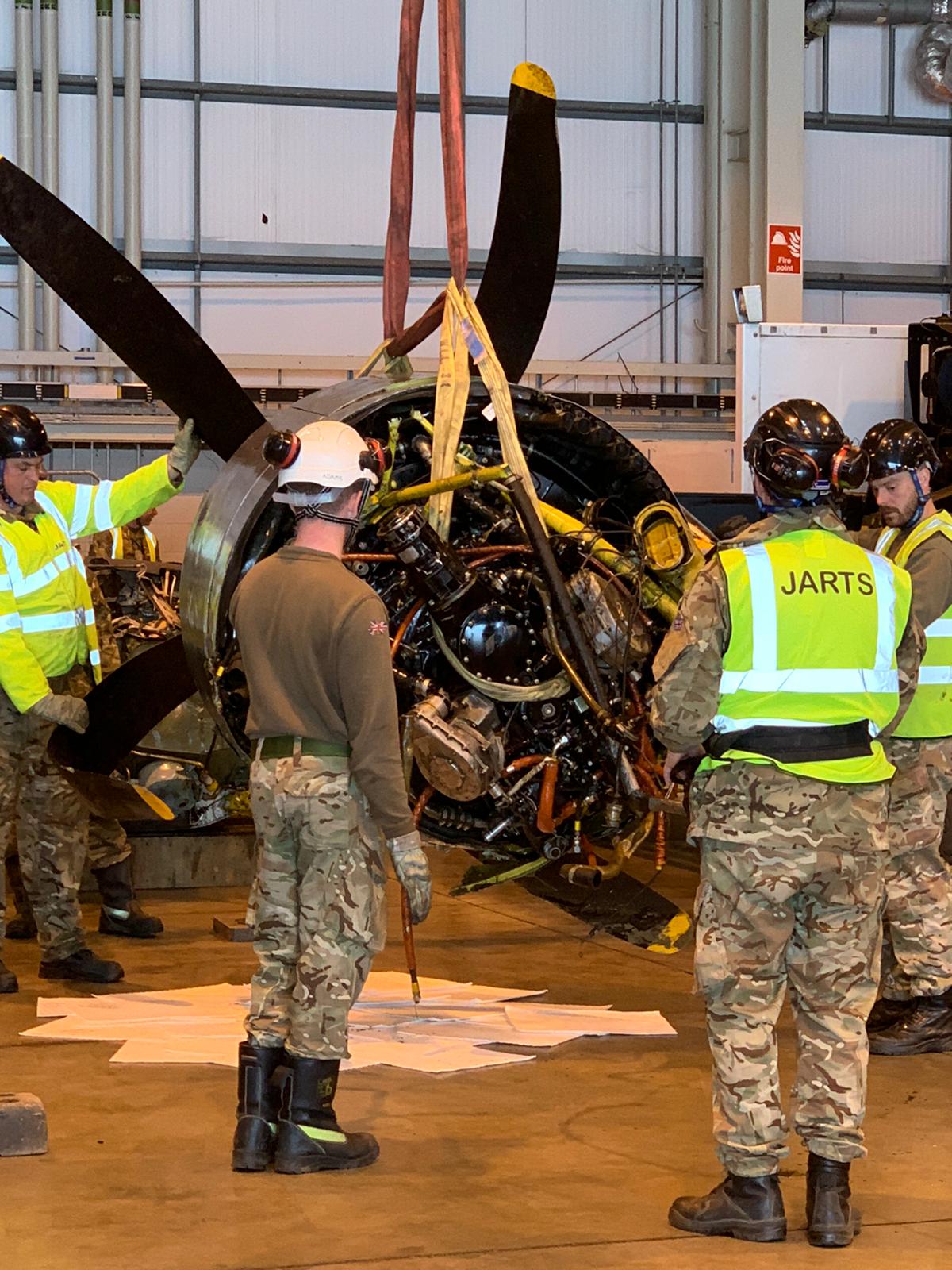 Navy Wings Hawker Sea Fury T20 G-RNHF (VX281) was forced to conduct an emergency landing in a field close to RNAS Yeovilton earlier this week following a problem with the engine. Both pilots escaped injury but unfortunately the aircraft has been severely damaged.

The Sea Fury, which was on a routine training flight, suffered a significant drop in engine oil pressure shortly after taking-off and climbing away from the airfield. The pilots, both highly experienced former naval pilots, immediately carried out the appropriate drills and transmitted a PAN call.

They turned back and lined themselves up perfectly up for a precautionary landing on Runway 04. However, shortly before reaching the runway on close finals, the engine stopped, changing the speed and angle of glide of the approach dramatically, and they were forced to put the aircraft straight down into a field just outside the airfield boundary.

“The pilots’ skilful execution of an extremely hazardous situation was exemplary,” said Commodore Jock Alexander CEO of the Charity.

“We are all extremely relieved that they are safe and well. RNAS Yeovilton Air Traffic Control reacted immediately, and the Emergency Fire and Medical Services were very quickly on the scene. The support of the Air Station has been outstanding.”

The aircraft wings and engine detached during the impact and the fuselage rolled upside down but both pilots were able to escape unaided. They were taken to Yeovil hospital as a precautionary measure, and one was retained overnight for observation.

The Air Accident Investigation Branch (AAIB) and the Civil Aviation Authority (CAA) have been informed and investigations have begun into the causes of the accident.

“The Sea Fury is a classic and much-loved Fleet Air Arm aircraft, and the accident has been a shock to everyone in the Navy Wings community,” said Jock Alexander. “It is too early to say whether it is feasible to rebuild her and if she will ever fly again.”

The Charity’s Chief Engineer Jim Norris said “Great skill and calm was shown by everyone in the post-crash management team. We are grateful for the overwhelming support we have received. The aircraft will be recovered to the Navy Wings Heritage Hangar for the investigation.”

Although the Sea Fury T20 has been a favourite on the air show circuit, Navy Wings has worked hard in recent years to build greater resilience into the flying collection so that when the unexpected happens the Charity always has other aircraft that can continue to display to the public.

The Navy Wings collection also includes a Sea Fury single seat FB11, two Fairey Swordfish, the Sea Fury’s successor, a Sea Hawk and a growing number of other heritage aircraft, allowing these wonderful examples of our national aviation heritage to operate in the skies of the UK for many years to come. 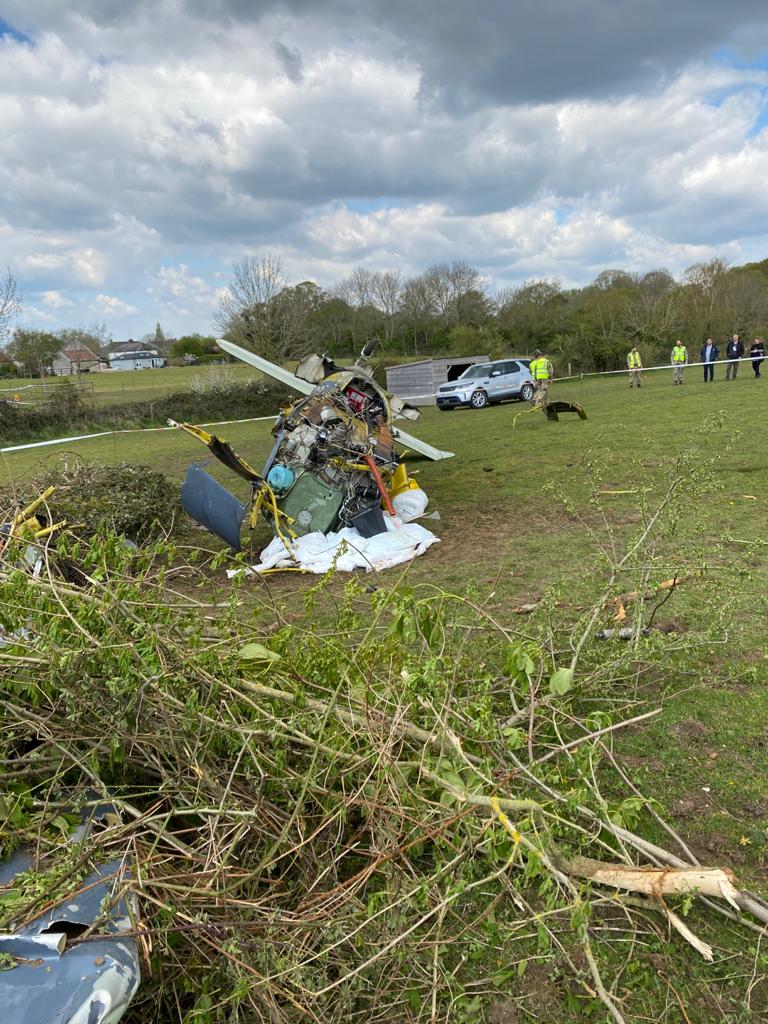 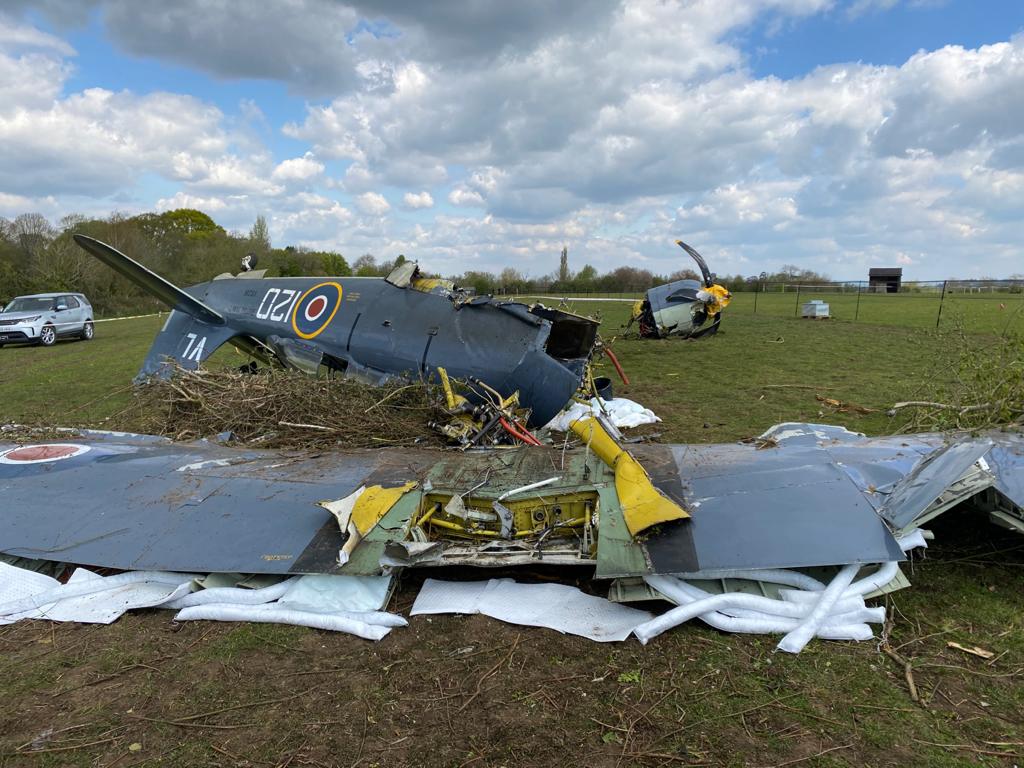 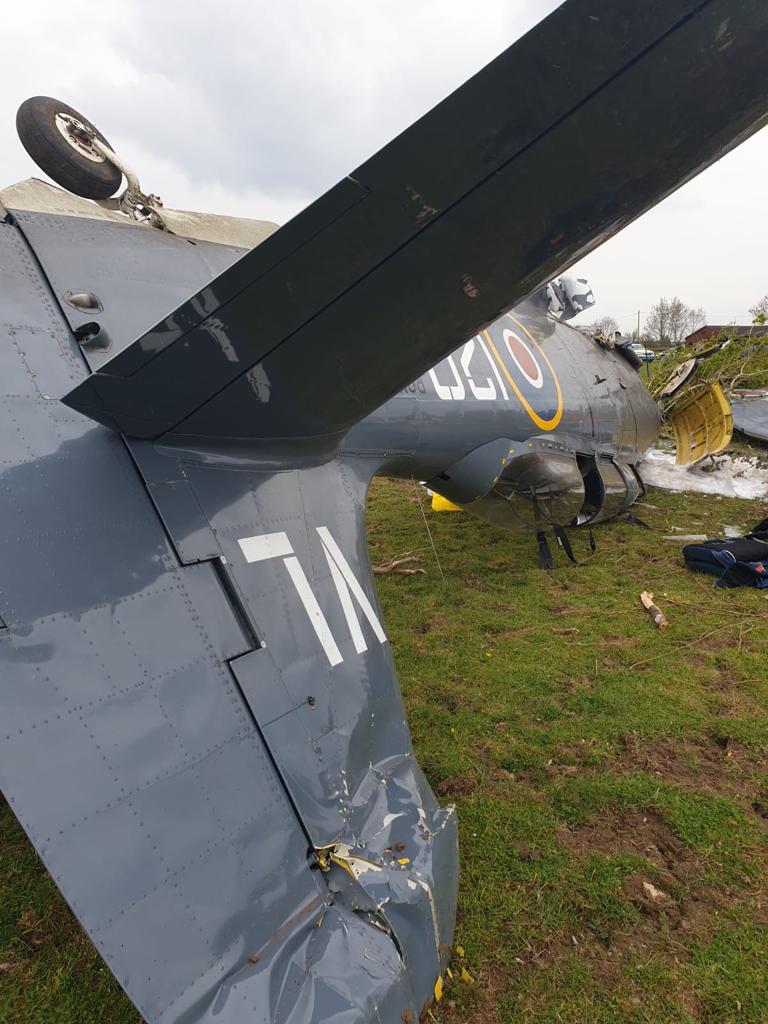 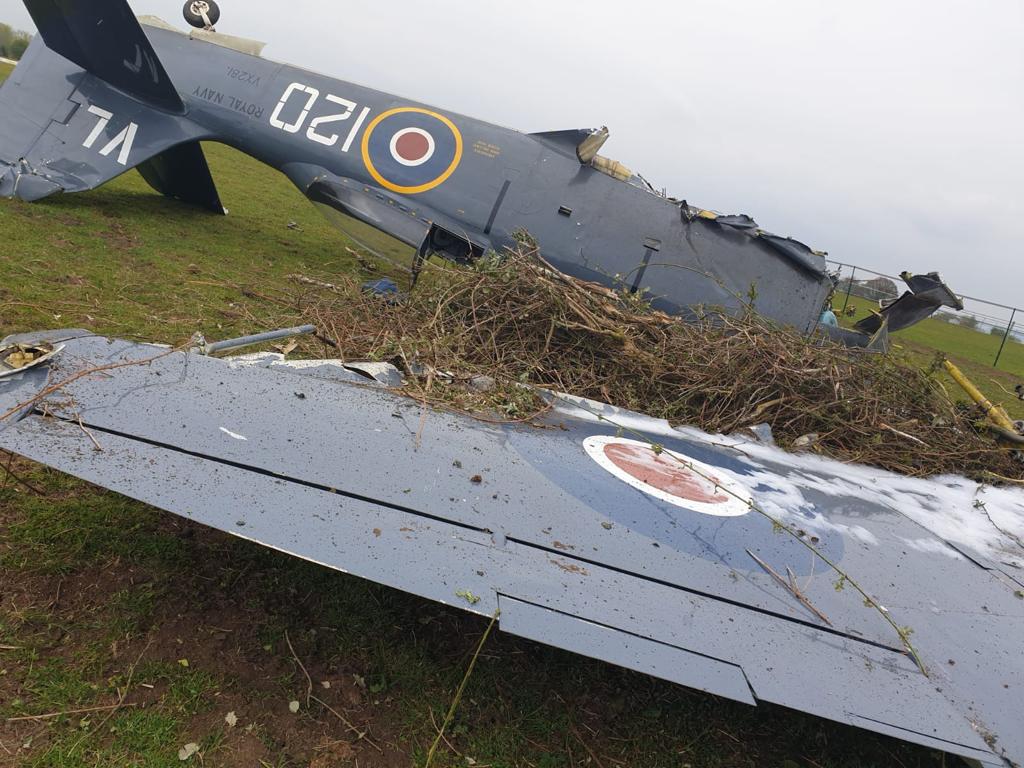 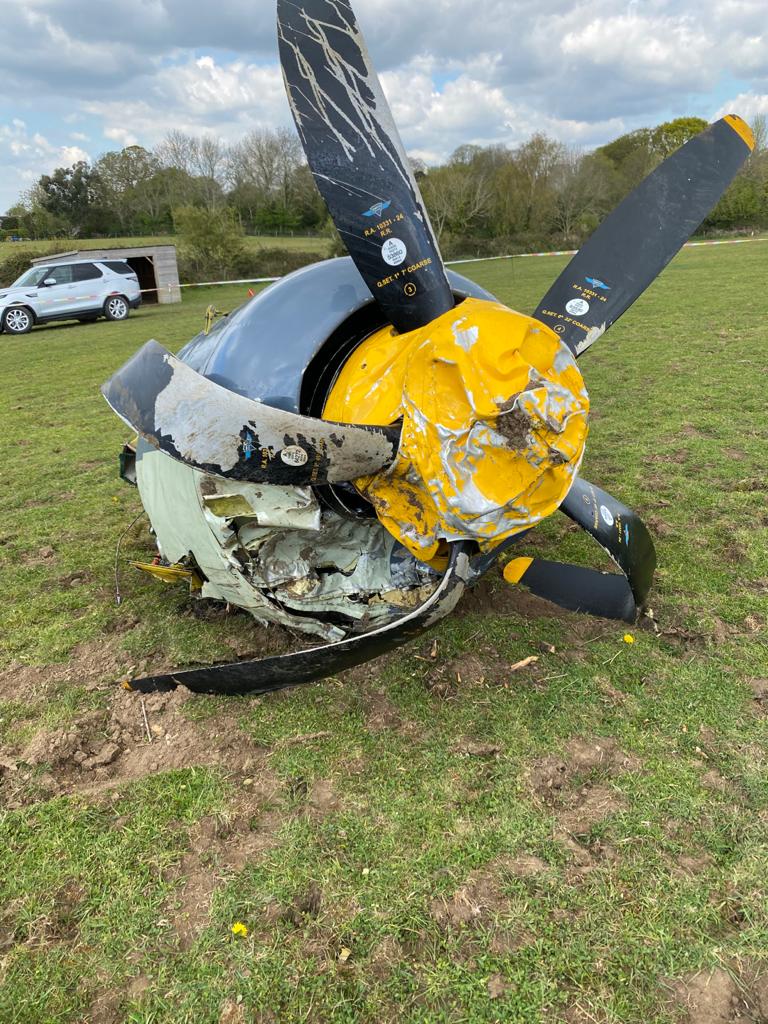 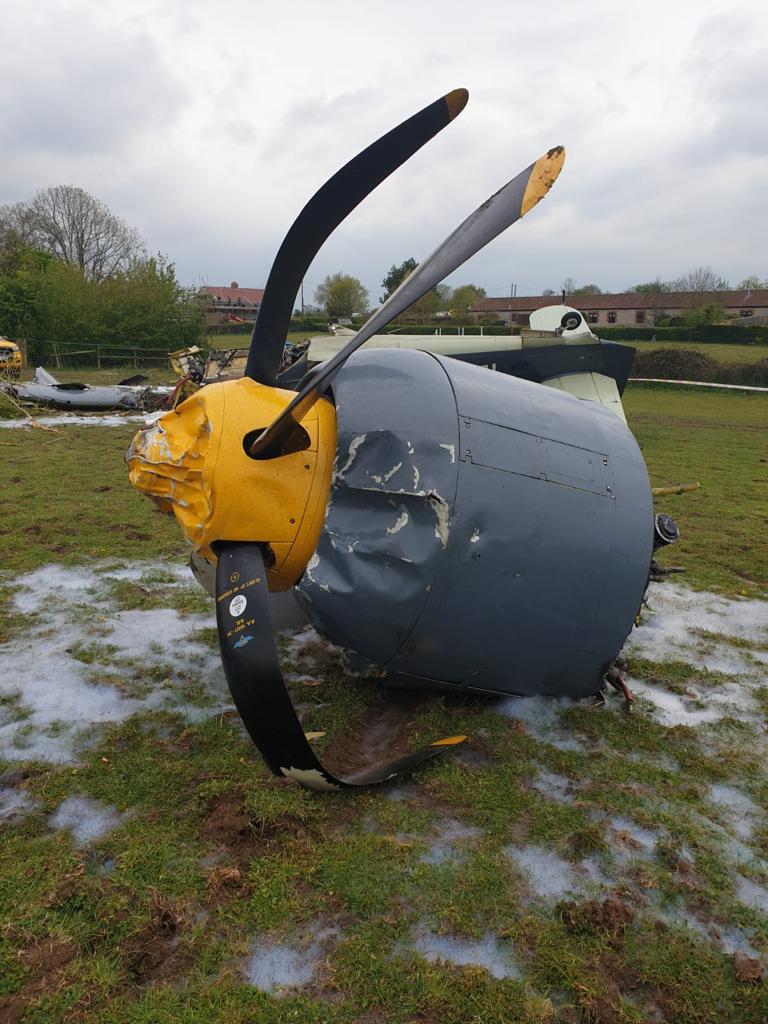 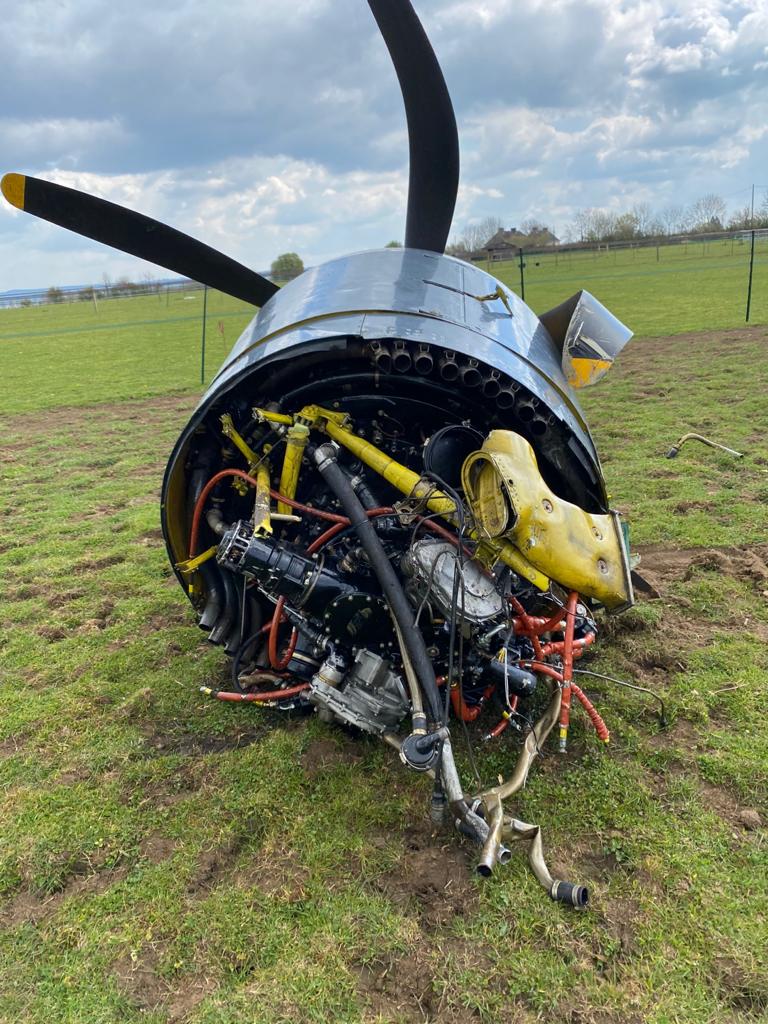 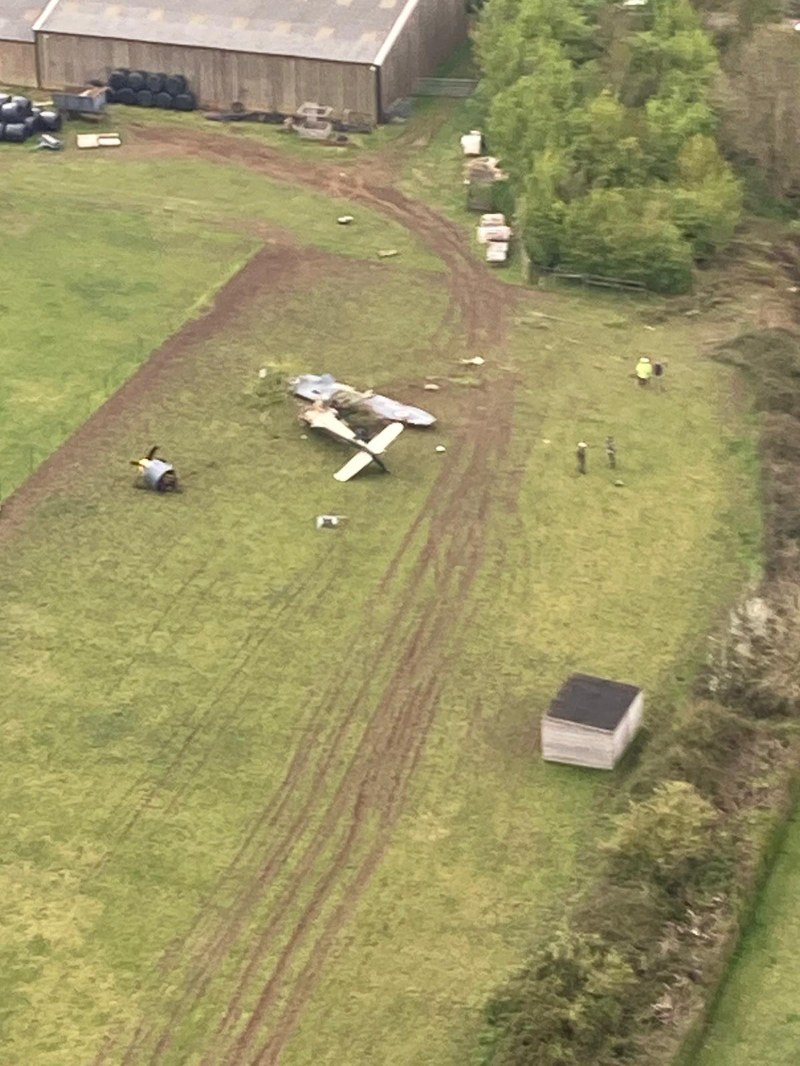 The story has been featured on regional and national media in the last few days. If you would like see and hear more, please follow the links below.

The radio interview can be found at 1 hr 34 minutes

Firstly, and most importantly, one member of the aircrew has now been released home and the other aircrew member remained in hospital overnight as a precaution and will be released once Doctors are content. Both have been in contact with and seen by Navy Wings staff.

The site has been secured and visited by various agencies and once the AAIB have been on site tomorrow we will look to recover the aircraft. Plans are underway for that recovery.

We will be putting statements out on the website as we move through the various stages of recovery to keep you all informed.

Navy Wings’ Sea Fury T.20 made a precautionary forced landing in a field next to RNAS Yeovilton following a problem with the engine on a routine training flight this afternoon.

Although both pilots walked out of the crash, after medical checks in Yeovil District Hospital, one of them has been detained in hospital overnight for further observation. The other has been discharged.

The cause is under investigation and both the CAA and Air Accident Investigation Branch have been informed.