Many thanks to all of you who have supported the Sea Vixen appeal.  We now know that when the primary hydraulic pump failed in flight, the secondary pump did not go to full stroke as it should have done. The result was that it did not provide the pressure required to put the undercarriage and flaps down.

Since 27 May, we have been surveying the aircraft and are now aware that there is extensive damage to the belly and structural frames of the centre fuselage, even though it does not appear too bad from the outside, as many of you will have observed at Yeovilton Air Day.

We have now suspended the aircraft from maintenance procedures while we continue to investigate plans for complete restoration. This is a significant task and to achieve it, the Sea Vixen Team has been re-organised for the long term.  Brian Johnstone, the Chief Engineer, who was due to retire from the Team in November to work nearer his home in the Midlands, remains on as a consultant, but hands over the role of Chief Engineer to Kevin Bugg.  The Trustees would like to thank Brian for his superb work and also welcome Kevin to his new role.

The Trustees would also like to publicly congratulate Simon Hargreaves, the Pilot, for his exemplary flying skills in getting the Sea Vixen down with minimal damage and are delighted to note that Simon has been awarded a Green Endorsement for this display of airmanship by the head of the Fleet Air Arm, Rear Admiral Keith Blount OBE.  Simon has also confirmed that he is looking forward to flying her again should we manage to return her to the skies. 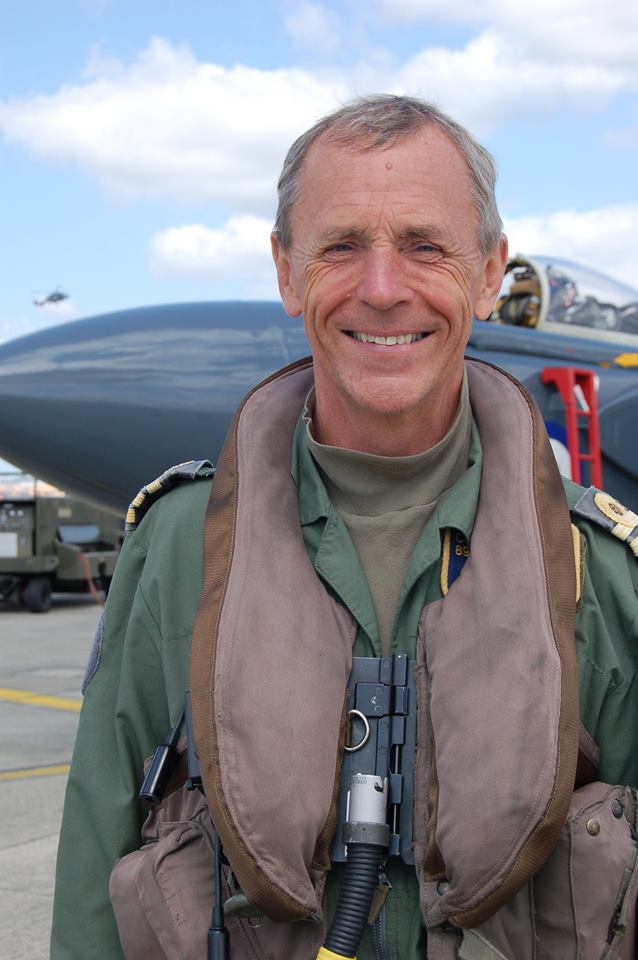 The Sea Vixen Appeal will remain open for those who wish to contribute, but it must be noted that if we do not find a way to fund a re-build, then this money will be used to support other Navy Wings aircraft, primarily the Swordfish and the Sea Fury T20 now that the latter has been re-built following her forced landing in 2014.