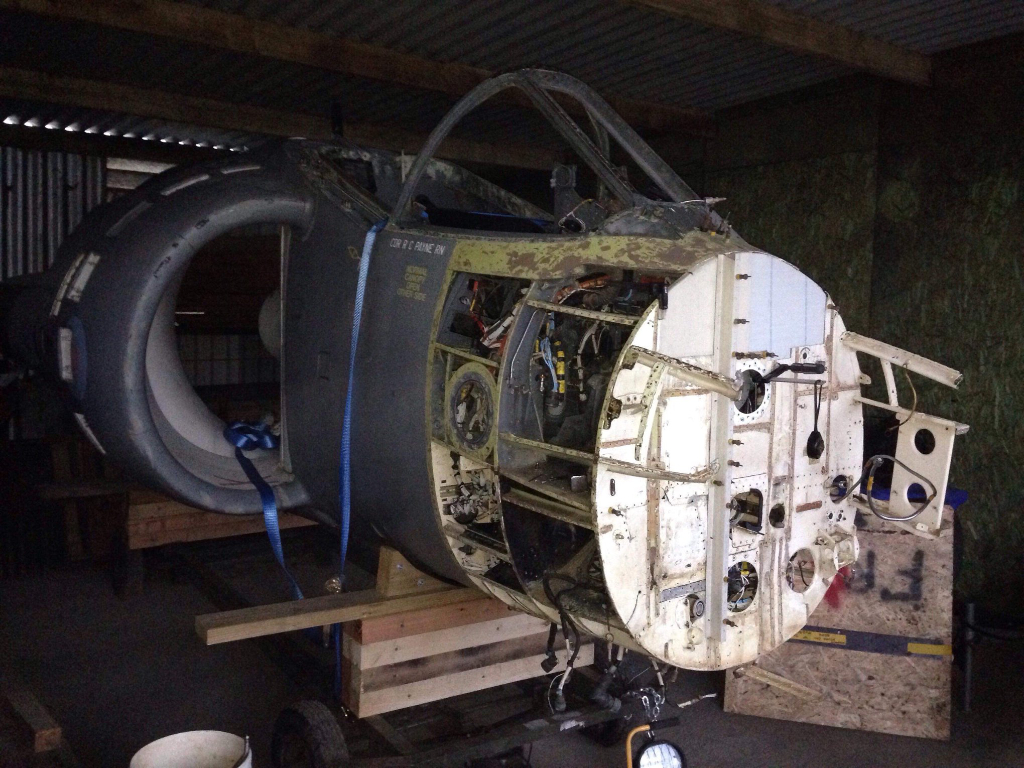 Supporters may be interested to hear the latest on the Sea Harrier Cockpit restoration project being undertaken by our friend Richard Scarborough, which we featured on Facebook earlier in 2020.

Salvaged from the crashed ZD614, Richard is preparing the cockpit for trailer mounting and public display and we hope it will eventually be able to complement the Navy Wings ground presence at some of the shows we attend. 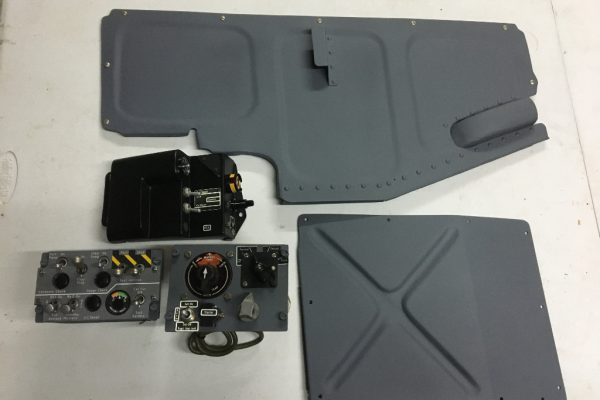 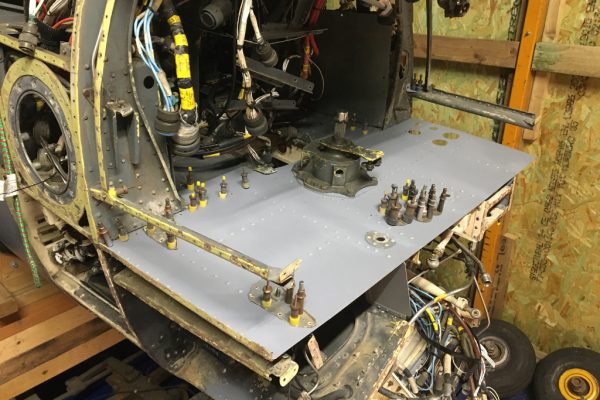 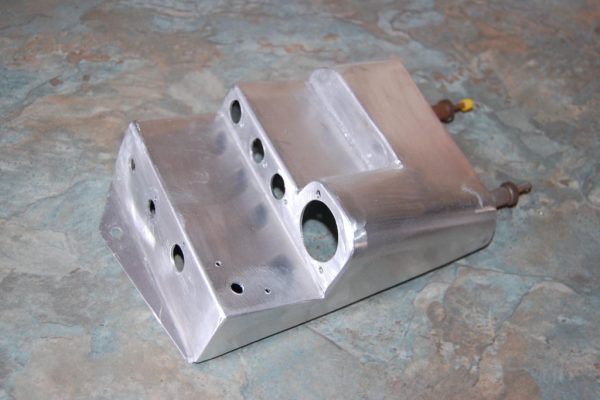 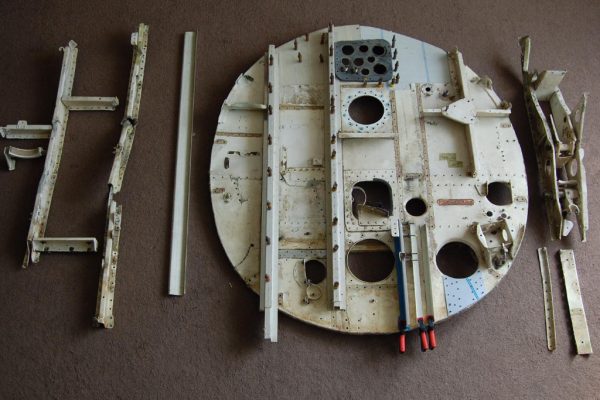 The Covid hiatus has introduced delays for Richard and his small team of colleagues in Lincolnshire. They had originally been hoping to be at the re-skin stage by now, however they have been making steady progress. Earlier in the year an opportunity to acquire the hulk of another decommissioned Sea Harrier (ZE 697) arose and the team are using that as a source of donor panels when they can. Richard advises:

“We are just finishing off the replacement floor section. This was a slightly unexpected backwards step but damage in the original floor caused the rudder pedals to foul slightly.

We have been busy making up the missing internal cockpit parts, we were very lucky that we were loaned some of the panels we needed and have newly manufactured panels too. They are all perfect copies of the originals made in Aluminum and fitted with the original switches etc. The next two we have to copy are the Undercarriage panel and the throttle box console support beam, patterns for which have been loaned to us kindly by Tangmere museum. We have also carried out repairs that had to be done on the bulkhead. The hope is that we can get that refitted in January and then we will see some progress fairly quickly.”

Navy Wings compliments Richard and his team on their efforts and look forward to seeing the ZD614 SHAR cockpit in public when the project completes.