World War Two Veterans are re-united with the Swordfish at the Navy Wings Swordfish Heritage Day. Picture by Lee Howard.

The Swordfish was one of the Royal Navy’s most successful combat aircraft and Navy Wings re-united twelve Swordfish veterans as was a tribute to this iconic and much loved bi-plane and the veterans who served with the Swordfish.

Veterans in attendance on the day included:

Maureen was a Wren Air Radio Mechanic. After completing a course in radios and electronics at Chelsea Polytechnic she was stationed at RNAS Donibristle, Fife, which was the naval repair station for all aircraft operating in the North Atlantic. Maureen worked on Swordfish ensuring radios were always serviceable, repairing, replacing and testing them as required.

‘I am so proud that I was able to fight in the biggest battle in the war. My family are so proud of me and so would my Stoker PO father. The Swordfish day meant so much to me, nearly as much as when the Swordfish flew over by 90th Birthday party, I wish every success to Navy Wings and may the Swordfish still grace the skies’

David joined the Fleet Air Arm in 1942 and flew a variety of aircraft including the Swordfish and Barracuda. A member of the Goldfish Club, he suffered engine failure at 200 feet and ditched in the North Sea with a live torpedo fitted. He later went on to join 813 Squadron to fly Firebrands, his reasoning being: “They decided I had had plenty of hazardous experiences so may as well have some more!”

John joined the Fleet Air Arm in 1942 training in the UK and Canada and flew Swordfish with 811 Squadron from HMS Vindex, a Nairana Class escort carrier operating as part of a hunter-killer group on Arctic Convoys. The Swordfish Squadrons had better night flying equipment and flew at night, in open cockpits in the bitter cold. John was awarded the Arctic Star and also holds three Russian commemorative medals. A member of the Goldfish Club, John once found himself immersed after a landing mishap. In 1945 he converted to the Barracuda before joining 753 Squadron. In total John accumulated over 140 hours flying Swordfish.

Ivor served in the Fleet Air Arm for six years flying Walrus and Fulmar aircraft as a 19-year-old on Arctic Convoys in 1940, protecting merchant ships in treacherous seas patrolled by German U boats. In 1941-43 he was embarked in HMS King George V where he experienced some of the worst conditions imaginable during the long and gruelling campaign. Ivor was awarded the Arctic Star in 2013.

Roy learnt to fly in Canada “in the comfort of modern, enclosed Harvards” before returning to the UK to learn to fly the Swordfish at RAF Errol in Perthshire. It is here that he came across Swordfish W5856, which is still flying today as part of the Navy Wings Collection. Roy flew in the Battle of the Atlantic, was involved in the pursuit of the Tirpitz and flew Avengers with 820 Squadron in the British Pacific Fleet.

Swordfish pilot, Battle of the Atlantic

Archie joined the Fleet Air Arm in 1942 at the age of 17 and after completing Tiger Moth training in the UK started flying the Harvard in Kingston, Canada. After training on the Swordfish he joined 813 Squadron in HMS Campania to escort convoys to Gibraltar. Campania then carried out 10 escorts on the treacherous Russian convoy network, of which Archie was on the first eight.

Ralph joined the Fleet Air Arm in 1942 and trained as a Swordfish pilot. After serving with 731 Squadron, training Deck Landing Control Officers flying Swordfish, Fulmars, Hurricanes and Seafires, he was appointed to 814 Squadron flying Barracudas and Fireflies. The Squadron embarked in HMS Venerable and joined the British Pacific Fleet in Sydney. Following the bomb being dropped on Hiroshima, HMS Venerable sailed to Hong Kong to accept the surrender of the Japanese garrison. After the war Ralph continued to fly with the RNVR, flying 27 aircraft types in total during his flying career, including the Seafire, Spitfire, Gladiator and Vampire.

Peter was a Telegraphist Air Gunner, one of the unique-band of Sailor Airmen known affectionately as TAGs. He served in the Fleet Air Arm from 1939-45. Following initial naval training at HMS St Vincent he gained his TAGs wings at Worthy Down and flew

with 771 Squadron in the Orkneys before joining HMS Archer in the US and serving in the sunnier climes of the West Indies, Sierra Leone, South Africa, India and Ceylon. Peter suffered more than his share of crash landings, seven in total, including becoming a member of the Goldfish Club when his Swordfish plunged from the stern of HMS Battler off Gibraltar. ‘I was a bit twitchy after that’ he humbly said.

William started Observer training as a 19 year old in 1942. His first posting was to East Haven, near Arbroath for Swordfish training. He later joined 852 Squadron in the USA flying the Grumman Avenger before operating the aircraft from HMS Formidable in the Far East. Whilst off Japan his aircraft was hit by anti-aircraft fire and was forced to ditch. It took 27 hours until they were rescued by a US flying boat.

Derek joined the Fleet Air Arm in 1943 aged 19 and trained in the UK and Canada. He flew Swordfish in the Battle of the Atlantic with 836 Squadron. 836 Squadron was the largest Squadron in any of the Allied Forces with 23 flights and 2500 personnel. The flights were embarked in 19 MAC (Merchant Aircraft Carrier) ships sailing east or west across the Atlantic. The massive task of co-ordination was carried out at Maydown in Northern Ireland. At the end of the war, Derek flew the last Swordfish off the production line from RNAS Donibristle to Barton its final resting place.

Ian joined the Fleet Air Arm in 1940 and by May 1941 had completed his Swordfish deck landing and night flying training at RNAS Arbroath. His first tour was flying Swordfish with 816 Squadron in Kent supporting the night time bombardments of channel ports. Ian flew to the Orkneys to join 821 Squadron on the rumour that the Tirpitz was on the move. With little notice he then boarded HMS Royal Sovereign to be transported to Port Tewfik, Egypt where he was to be stationed, flying the Swordfish and Albacore out of a Forward Operating Base in the Western Desert. Here he carried out a variety of missions including dropping mines in Tobruk Harbour, night bombing and anti-submarine patrols.

In 1942 Commander Derwent Turnbull served with 778 Squadron, a Service Trials Unit. The Squadron, based in RNAS Arbroath, Scotland, was responsible for bringing all new aircraft into service in the Fleet Air Arm and for carrying out the vital testing in order for them to carry out safe deck landings. Cdr Turnbull also worked as a Swordfish Flight Ground Controller. 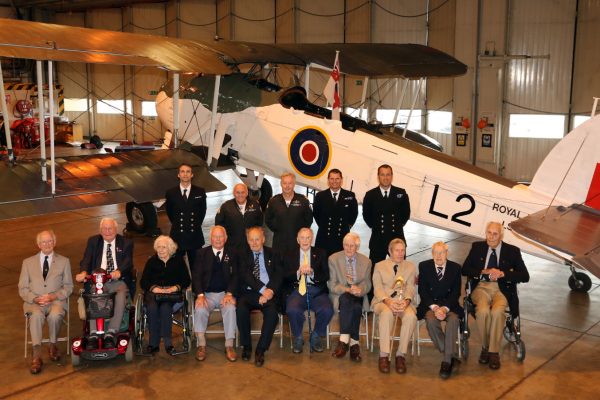 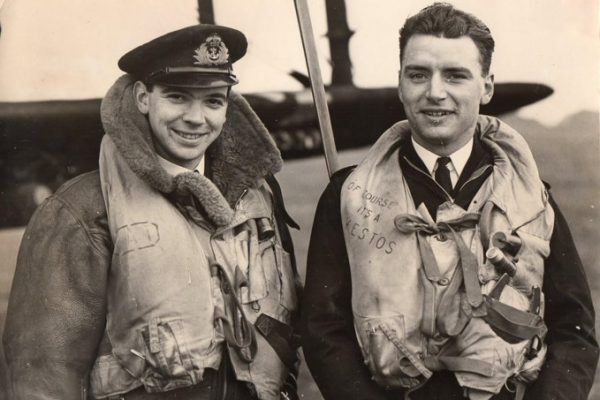 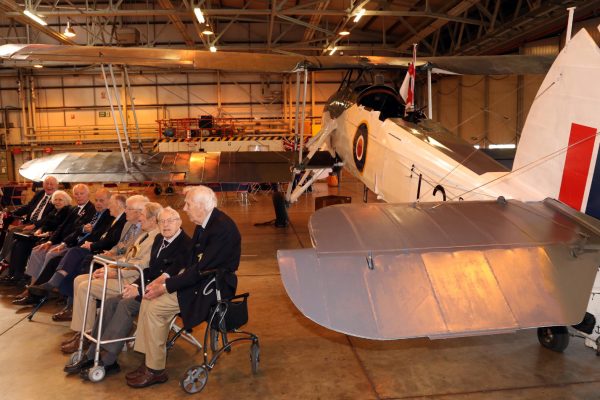 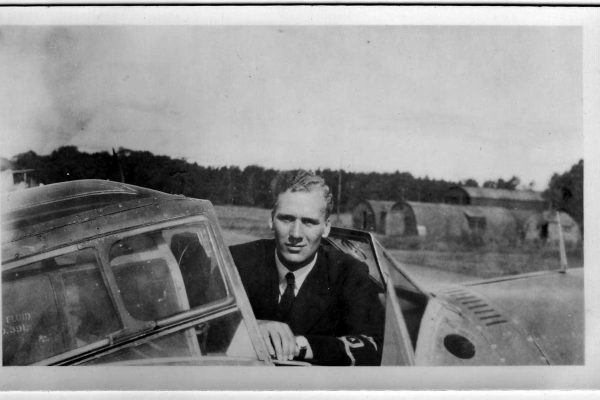 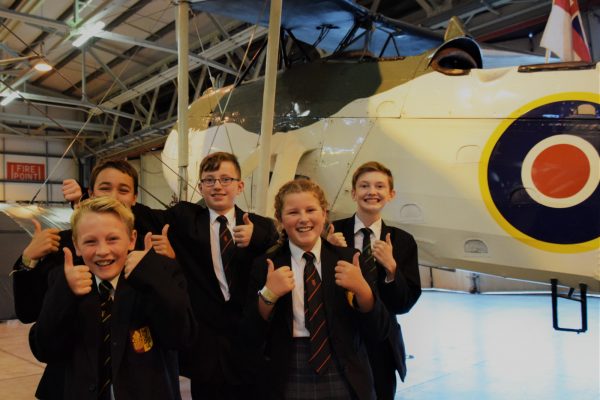 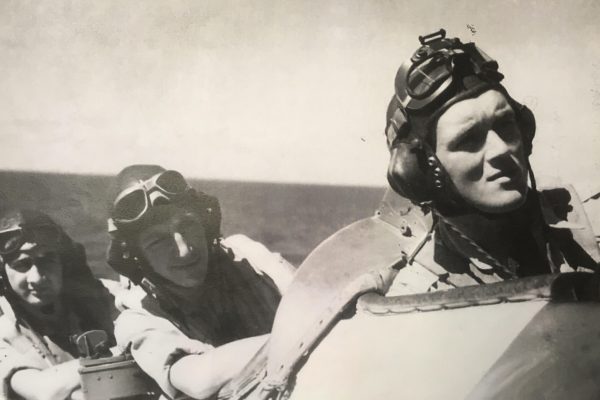 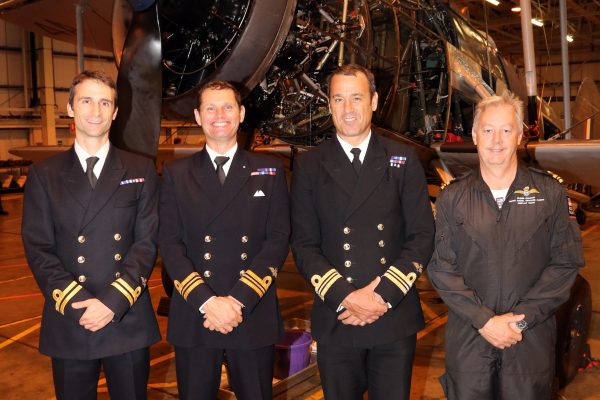 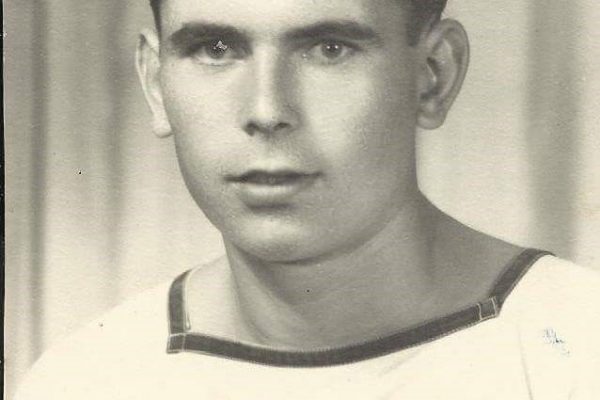 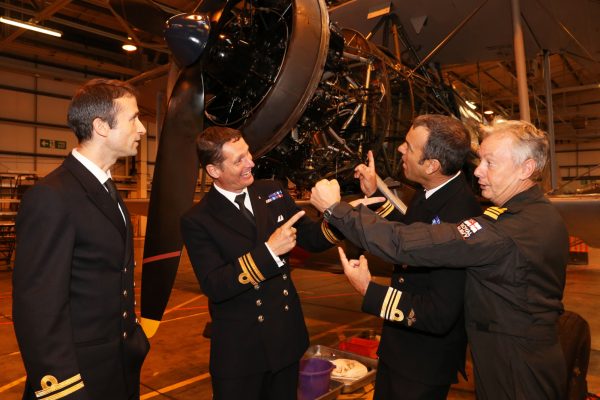 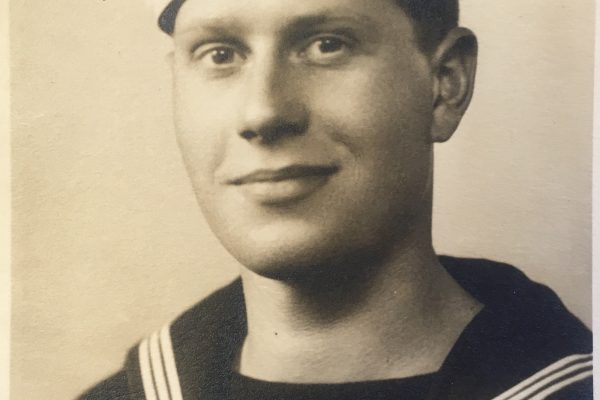 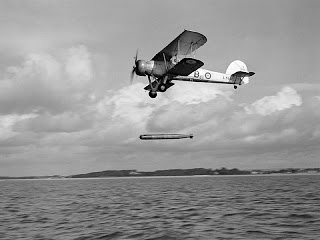 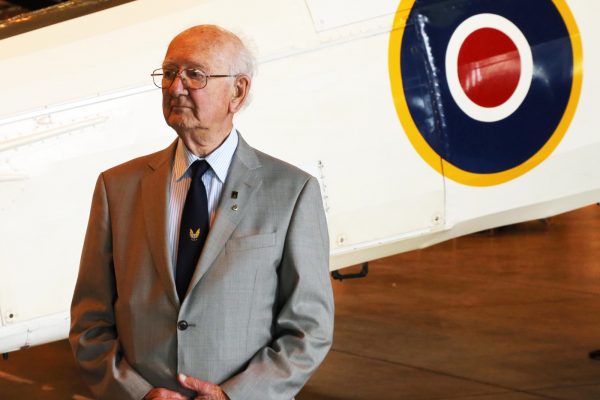 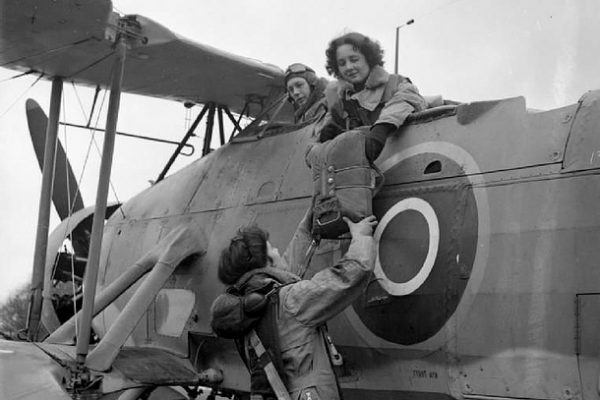 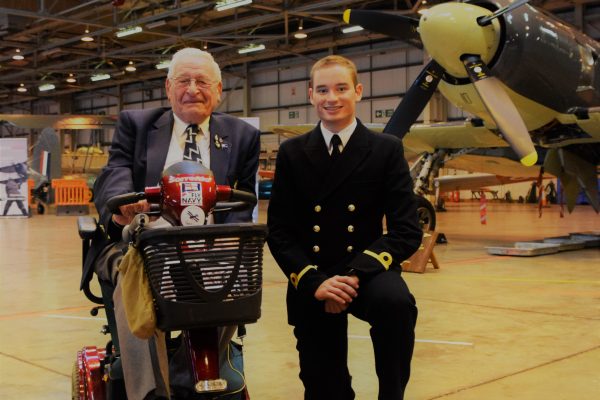 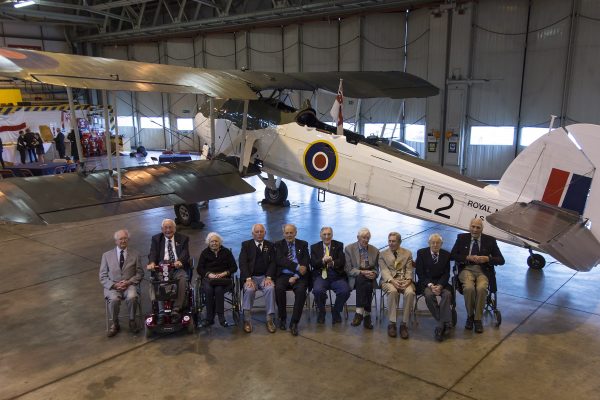 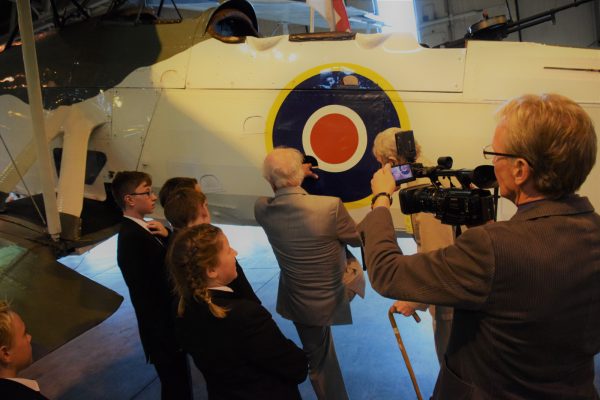 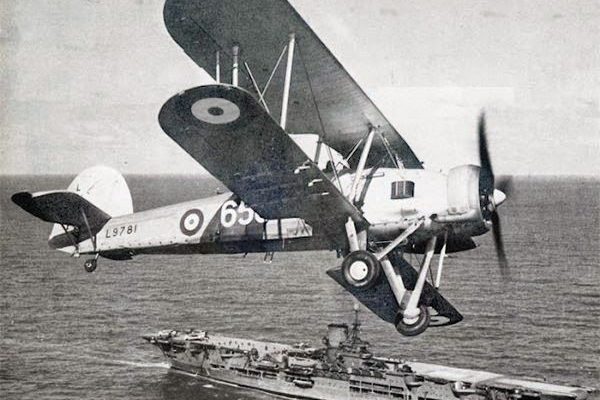 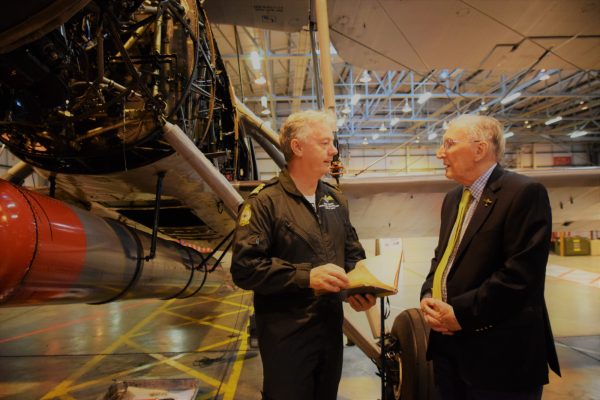 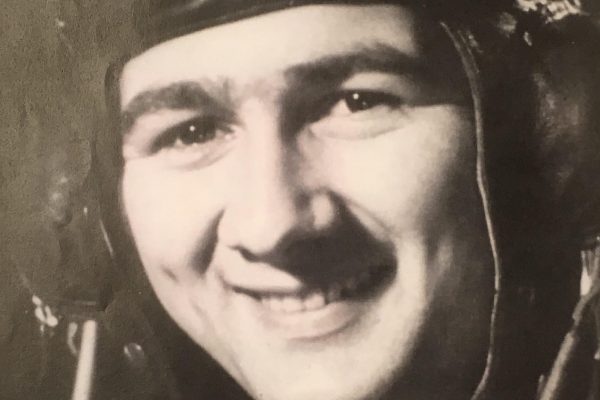 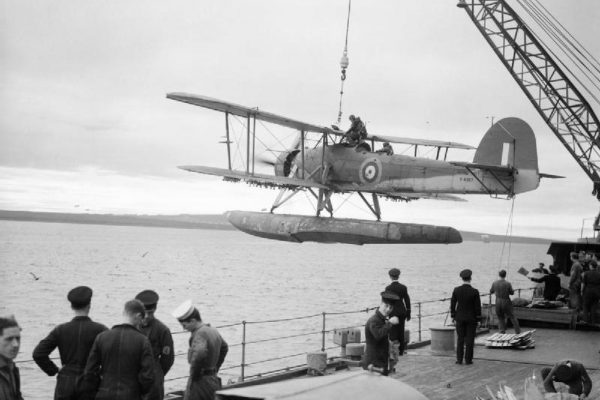 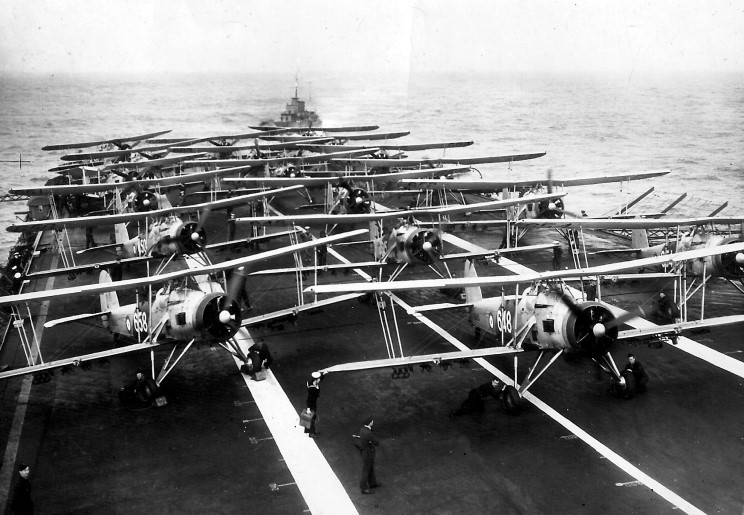