The Wasp Returns to HMS Osprey!

A historic Royal Navy Wasp helicopter, Westland Wasp HAS Mk 1 XT420 G-BCUI, made a return flight to RNAS Portland (HMS Osprey)  marking the first time a Wasp has landed at the former Royal Naval Air Station in over 30 years.

“To fly such an iconic heritage aircraft is an honour in itself” said veteran Navy pilot, Simon Thomas, “but to fly back to Portland, home of the Royal Navy’s small ships flights, three decades later was like stepping back in time!”

Between 1959-1999, RNAS Portland was one of the busiest air stations on the south coast and was home to the Royal Navy Wasp and later Lynx helicopter front line flights, as well as Wessex and Sea King helicopters.

Designed to operate from frigates at sea, Wasp helicopters operated around the world from the 1960s-1980s. With its folding tail and rotor blades, quadricycle undercarriage, castoring wheels and small size, the Wasp was ideally suited to fly from the small decks of Naval warships.

“The Wasp was the forerunner of all small ship naval helicopters” said Simon. “Its contribution to understanding and solving the challenges of flying and operating helicopters from ships at sea, was enormous.”

In its heyday, Portland was absolutely buzzing, operating 24 hours with as many as 70 aircraft present at any one time.  The first helicopter to land at the site, a Westland Whirlwind aircraft operated by 815 Naval Air Squadron, arrived on 14 April 1959 with the site formally commissioned as the Royal Naval Air Station Portland, HMS Osprey, on 24 April 1959. However, Portland can boast a naval aviation heritage back to as early as 1916 when as HMS Sarepta, seaplanes were operated from the harbour and early helicopter trials were explored in 1945 from the base.

The Air Station closed as a Royal Navy facility in 1999 and the site is now owned and operated by the commercial aviation company, HeliOperations who provide a forward operating and fuelling facility for UK military helicopters.

“Although much of the original infrastructure has gone, the airfield remains exactly as I remember it” continued Simon.

The historic Wasp, operated by the heritage charity, Navy Wings, landed on the airfield just as the latest Royal Navy Wildcat from 825 Naval Air Squadron, RNAS Yeovilton, flew in to refuel during a training sortie.

The Chief Executive of Navy Wings, Commodore Jock Alexander OBE, in the left hand seat of the Wasp, said “Nothing quite prepares you for such a truly remarkable sight – a historic Wasp and modern Wildcat flying side by side, making the link perfectly from our heritage to current operations and the future – at an airfield that has been in continuous use supporting helicopter operations for almost 60 years.”

The Wasp is part of the Navy Wings Heritage Flight based at RNAS Yeovilton and regularly flies at air shows and events keeping the history of naval aviation alive for future generations.

Pictured here is the Navy Wings Wasp joined by a Royal Navy Wildcat at HMS Osprey! 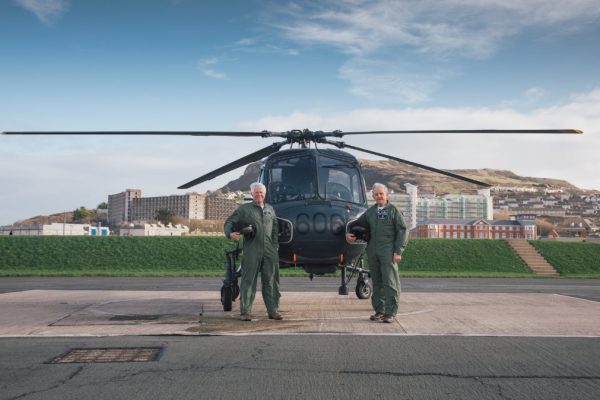 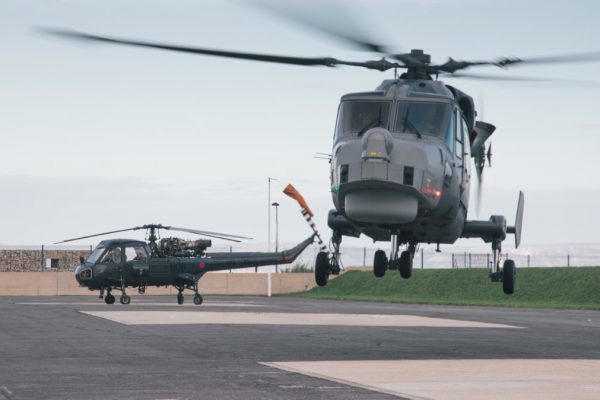 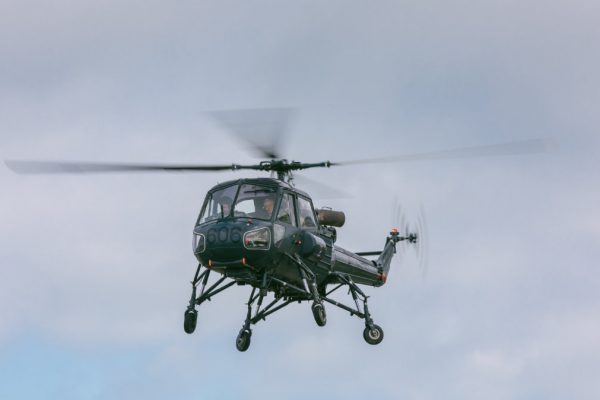 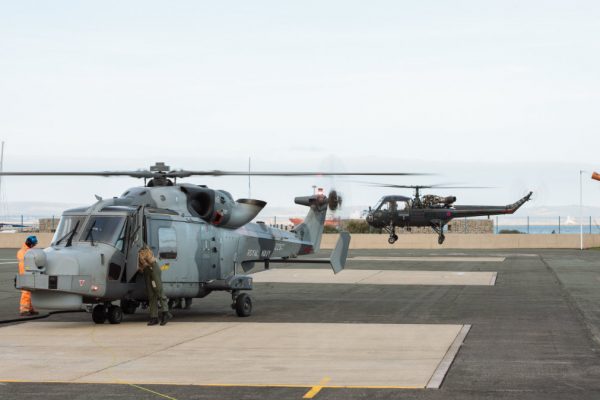 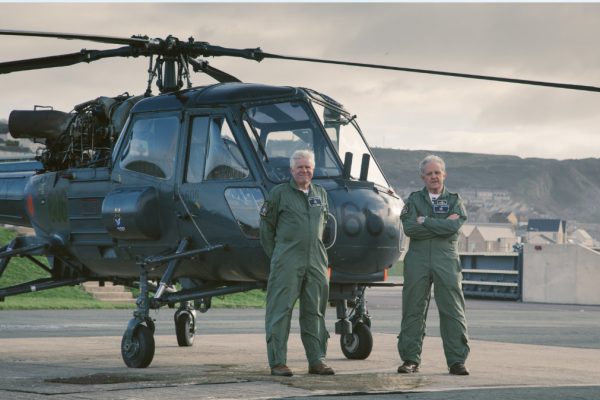 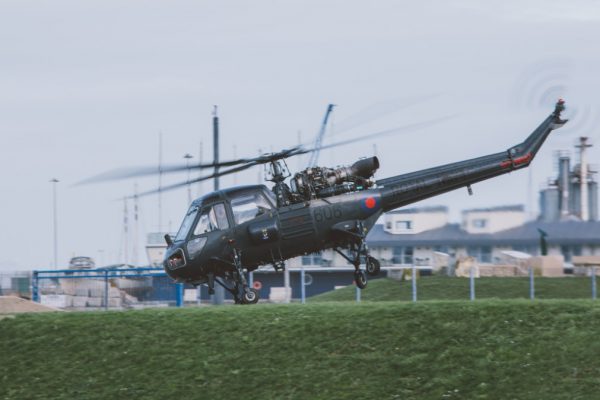