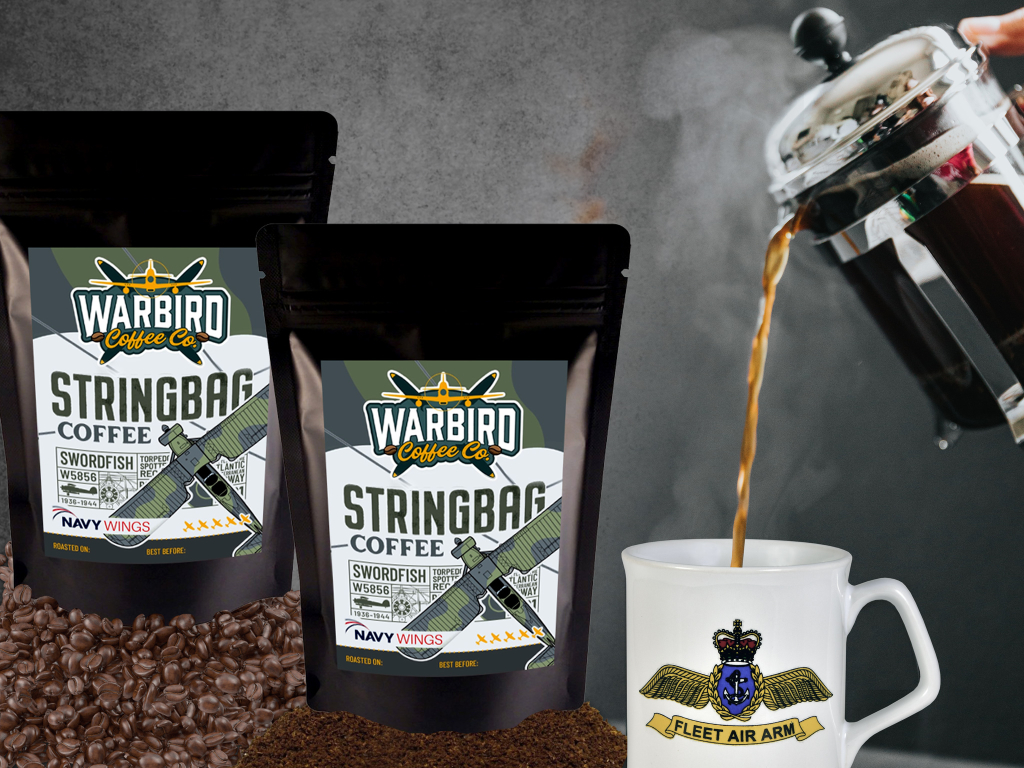 We are delighted to announce our partnership with the Warbird Coffee Company who are aficionados with two passions – providing high quality real coffee and supporting heritage aircraft.

Working with Navy Wings, the team from Warbird Coffee have launched their latest product, ‘Stringbag Coffee’.  Taking its inspiration from the iconic Fleet Air Arm Swordfish, this impressive coffee is sourced from Lake Toba, in Northern Sumatra, Indonesia.  Available in a variety of grinds, the taste is bold, complex and full of character. 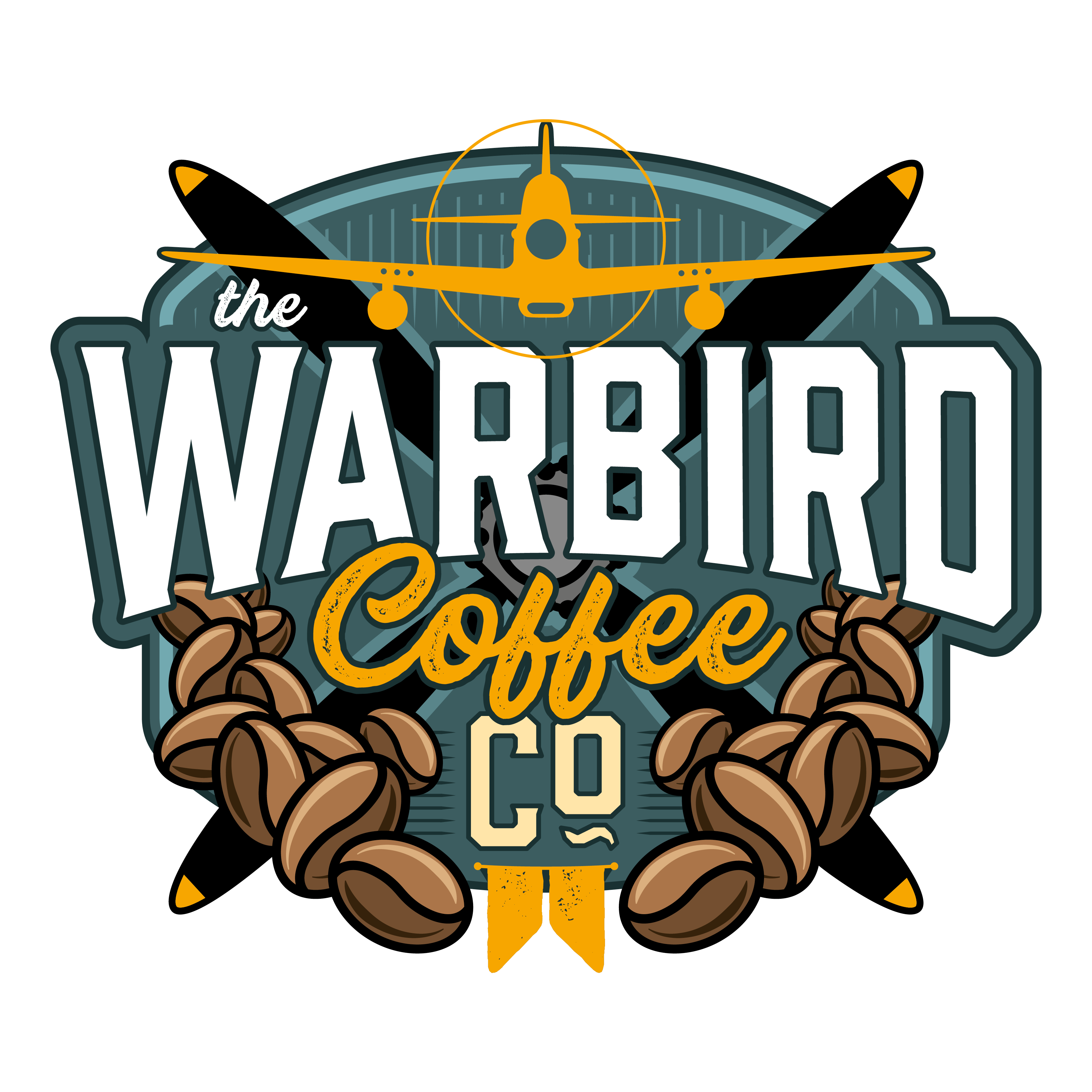 The Warbird Coffee Company, established in 2021 by Jon and Adam, friends who, as a result of being raised on a diet of model kits and films such as the Battle of Britain and 633 Squadron, developed a love of vintage warbirds.

Brought together by chance in 2006 through their passion for wartime aviation and military history, it has been the golden thread that has continued throughout the years resulting in an untold number of trips to wartime airfields, air shows, and visits to wartime battlefields such as Normandy and the Ardennes. The idea for The Warbird Coffee Company grew from their shared enjoyment of the perfect cup of coffee and seeing Warbirds where they belong. The decision to combine the two seemed only natural.

In creating something that focuses specifically on a community that is constantly battling the financial burdens associated with restoring, maintaining, and flying vintage aircraft, the pair felt that The Warbird Coffee Company could also do something to help with the future of warbird aviation.

That is why a number of their products are dedicated to specific aircraft that remain flightworthy to this day, or aircraft that are currently being restored. A portion of proceeds from those products will go directly to their operators to contribute where necessary to getting them, or keeping them flying. 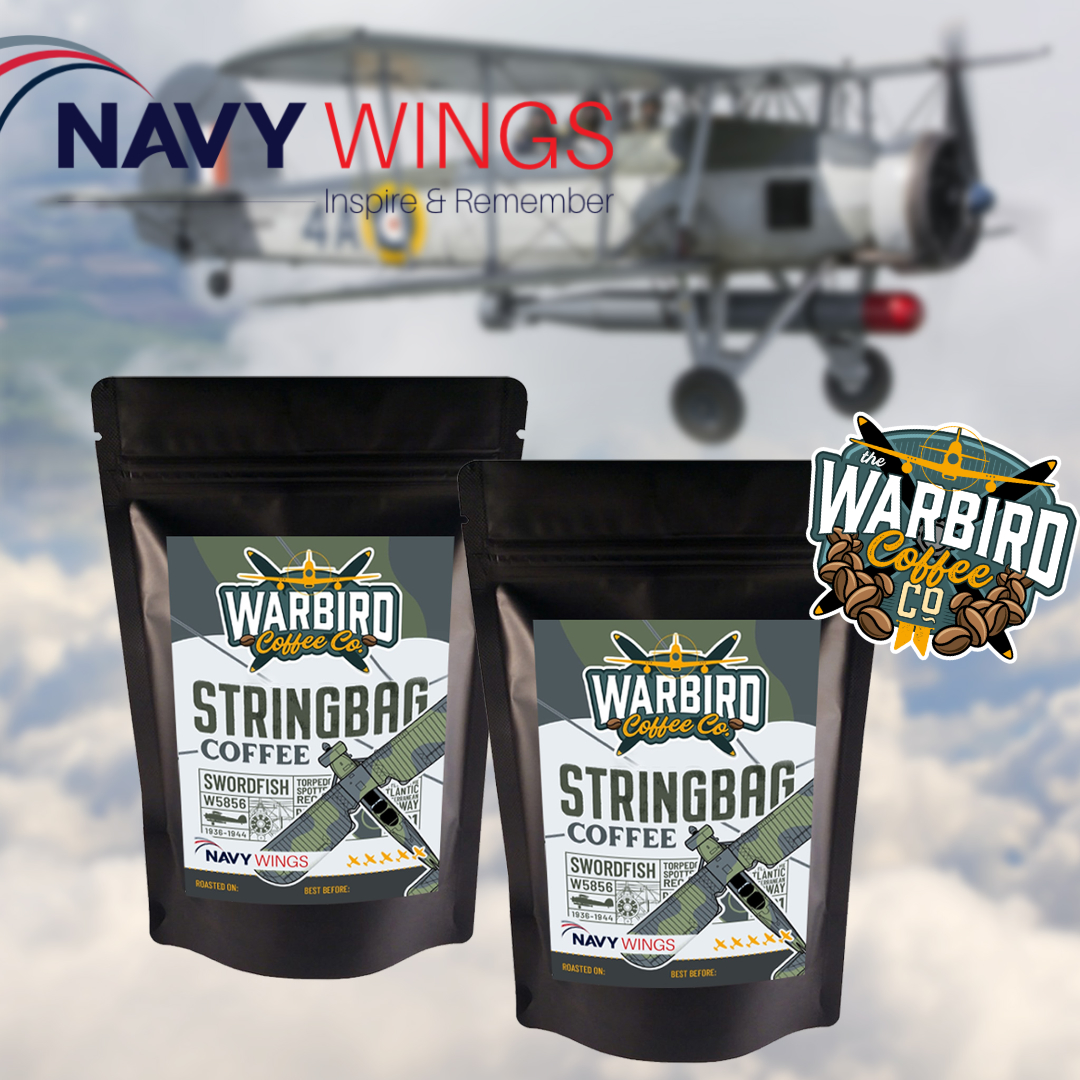 Jon Parkinson, Navy Wings’s Merchandise Manager said, “I’m very excited by this collaboration between Navy Wings and the Warbird Coffee Company. Like us, they are passionate about keeping heritage aircraft flying to remember achievement and sacrifice and to inspire future generations. As with all the best relationships, this is one where everyone wins. Our supporters enjoy great coffee, Warbird Coffee Co gain a higher profile and we get more funds to support our mission. We look forward to working with the Warbird Coffee Company for many years to come and thank them for their valuable support.”

Jonathan, the founder of The Warbird Coffee Company said, “We have a clear objective. That is, to give back to those who work so hard preserving our aviation heritage from The Second World War. These aircraft are unique reminders of a time when young men and women would place themselves at the mercy of the enemy and all too often made the ultimate sacrifice in the name of freedom.

Through our range of coffees and tea we want to provide aviation and history fans alike a great tasting brew while doing something for the community we all enjoy as well as helping to preserve the memory of those who flew, fought and maintained them during the Second World War. Through our proud partnership with Navy Wings, we are fortunate to be in a position to honour those brave crews of the Fleet Air Arm who flew the Fairey Swordfish into battle, and support the ongoing work of Navy Wings, keeping their memory alive for future generations.”

Warbird Coffee Co will make a donation to Navy Wings for every bag of Stringbag coffee sold.

You can purchase Stringbag Coffee in the Flight Store via the button below.